Are We at Peak Superhero?

How the West Will Continue to Be Won 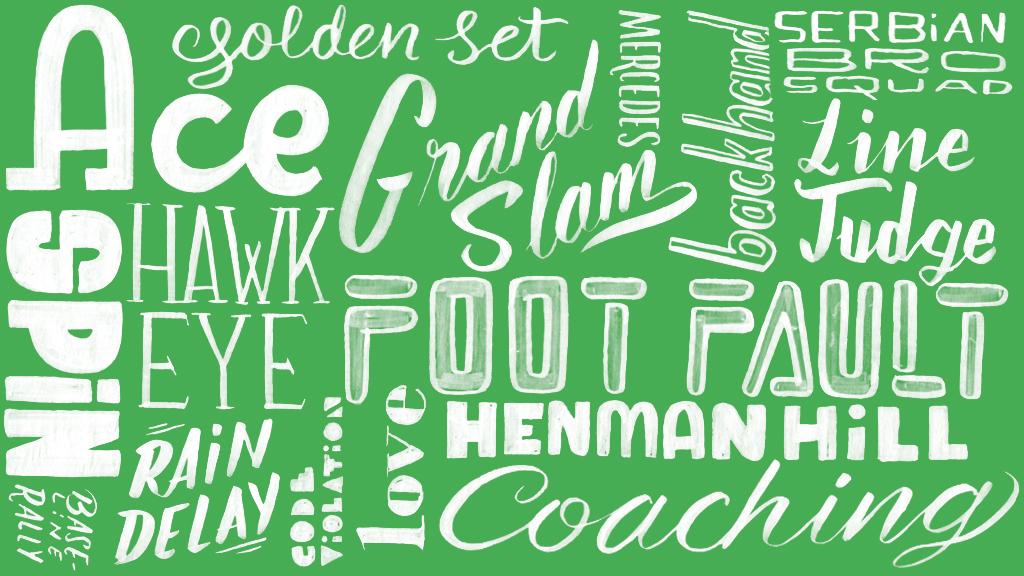 The word tennis is easy to define; it’s a noun that means “an energetic leisure pursuit invented by the upper classes as an alternative to playing sports.” Try to discuss the finer points of the game without a thorough grounding in its vocabulary, however, and you could sound like a middle-class impostor — or, worse, like a golf fan. To save you from a fate more terrible than death, then, we present this handy pocket guide to the game that, more than 500 years after it was invented, is still the royal family’s second-favorite thing to do with a tennis racket.

ace (n.) — A serve hit so well that one’s opponent is unable to reach it. The most dominant form of scoring in tennis, the ace is so named because of its power to make emotionally distant fathers come down from the stands to say “Nice point there, ace,” and then confess to their children that they love them, thus fulfilling the only motive anyone ever had for playing tennis.

Read them all here.
backhand (n.) — One of the two major shots in tennis, distinguished by the player swinging the racket around his or her body with the racket head beginning near the non-dominant shoulder. The major backhand styles include “one-handed” and “ugly.”

baseline rally (n.) — A long exchange of groundstrokes from deep behind the court. A brutal test that pushes the human body to its limits, especially when the body belongs to a spectator who has to pee.

ball boy; ball girl (n.) — A member of the frighteningly disciplined warrior race forged thousands of miles beneath the earth by the International Tennis Federation’s dark sorcerers for the sole purpose of chasing down tennis balls. Known for their extreme capacity for physical endurance and their ruthless dedication to purpose, they are like Uruk-hai, but cuter. 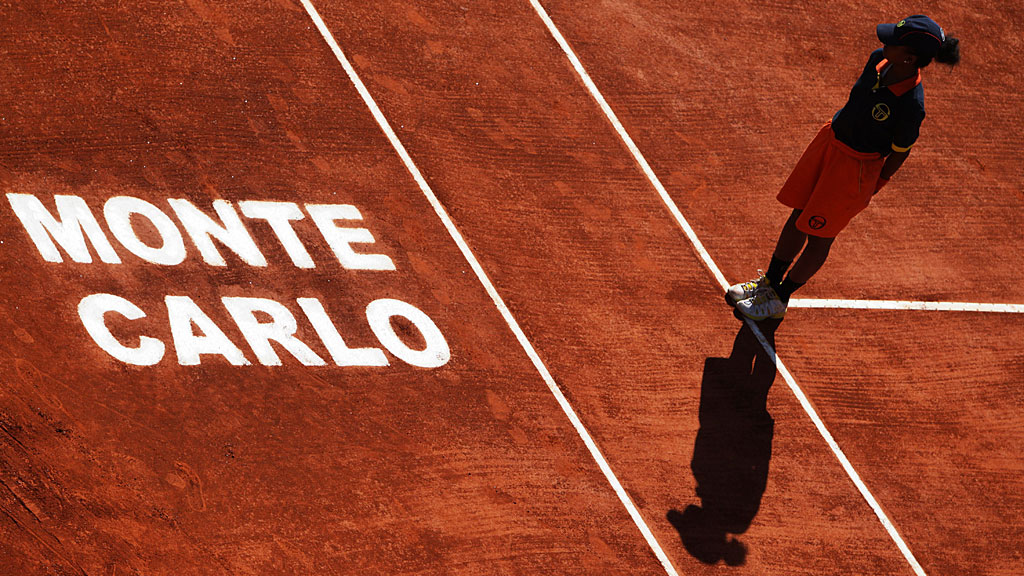 chair umpires (n.) — The day ESPN gets its act together, the absolute superstars of the World’s Strongest Neck competition.

challenge (v.) — To dispute the ruling of the line judge or chair umpire, to seek outside confirmation of whether a ball is in or out, and, if you are Roger Federer, to be wrong by at least four feet.

change-over (n). — The brief pause in play that occurs when the players trade ends of the court, a period traditionally used for eating bananas, changing shirts, and weeping.

clay (n.) — The slowest, dirtiest, and most unfriendly of the major tennis surfaces; somehow, the major embodying these qualities wound up in France.

code violation (n.) — Any breach of tennis’s aristocratic code of gentlemanly courtesy, e.g., by swearing, threatening a line judge, mistreating one’s manservant, failing to dress for dinner, refusing to act as a second for a friend in a duel, and so on. Punishable by the loss of a point and a slap in the face with a white glove administered by an irate Roger Federer.

dance (v.) — To perform the steps of one of the traditional waltzes, minuets, cotillions, and quadrilles considered appropriate for the chaperoned ball that follows most major tournaments.

Davis Cup (n.) — An international men’s team tennis event that is vocally revered by all the world’s best players, most of whom regard it as far too important to sully with their actual participation.

doubles (n.) — A relatively less popular form of tennis played by teams of two on a larger court surface; so much fun to watch live that greedy lexicographers have been known to speculate on the possibility of expanding the Tour calendar to include triples and even quadruples, which would essentially be quidditch.

fault (n.) — A serve struck out of bounds or into the net; also, something that back in the ’70s was usually not John McEnroe’s!

foot fault (n.) — A ritual declaration by which a line judge authorizes a player to threaten to murder his or her entire family unto the seventh generation. Seldom seen in the modern game for some reason.

forehand (n.) — The second of the two main shots in tennis, distinguished by the player swinging the racket across his or her body with the racket head beginning outside the dominant shoulder. There are many different forehand grips, including Western, Semi-Western, Eastern, Continental, South-Northern, Thin Crust, Stuffed Crust, Chicago-Style Deep Dish, Chippendale, Top of the Lake, and Google Maps. It is rumored that a man once understood the differences, but he lived high on a mountain, and he is dead.

French Open (n.) [definition pulled via time-warp from the 2072 edition] — A former major contested between 1891 and 2069; canceled in that year after an 82-year-old Rafa Nadal, comatose following a series of major strokes, won his 58th consecutive title and 62nd overall, just right there from his hospital bed, IV and everything.

GOAT (n.) — Acronym identifying the “greatest of all time,” that solitary player who, by a combination of genius, unstinting effort, and raw hunger has climbed to a pinnacle so high that no one else can stand there. At any given moment in tennis, there are generally four or five of them.

golden set (n.) — Any set won without dropping a single point; by some strange coincidence, also refers to any set in which one of the participants is Serena Williams.

grunt (n.) — An aggressive, high-pitched scream issued by a female tennis player who has decided — despite being rather frequently told the opposite by tournament organizers, her own sponsors, and the media — that she is an athlete rather than a bikini commercial.

Hawk-Eye (n.) — A cutting-edge computer system that can determine precisely where a ball has landed by modeling tens of thousands of possible trajectories and selecting the one that makes Roger Federer look stupid. 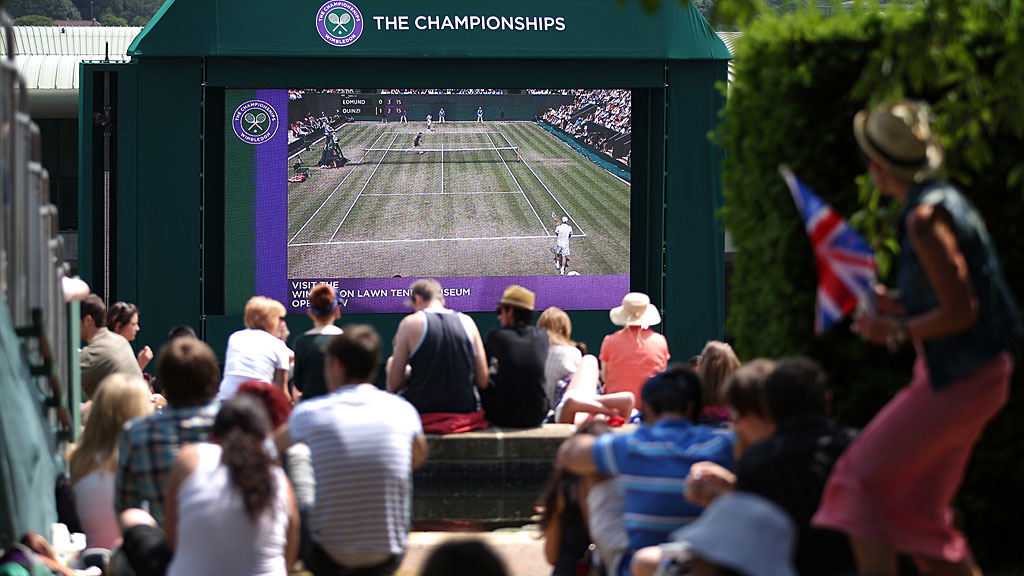 knee (n.) — A joint uniting the thigh with the lower leg. Prior to the career of Rafa Nadal it was considered necessary for a tennis player to have two of them.

line judge (n.) — A stoic, dignified, usually older man or woman who generously volunteers to spend two weeks crouched behind the baseline so the computers will have someone to overrule.

Louis Armstrong Stadium (n.) — Named for the great jazz trumpeter; the second-largest facility at the U.S. Open, behind Arthur Ashe Stadium. Has in common with the real Louis Armstrong that it resides in Queens County and is a decent place to score weed. 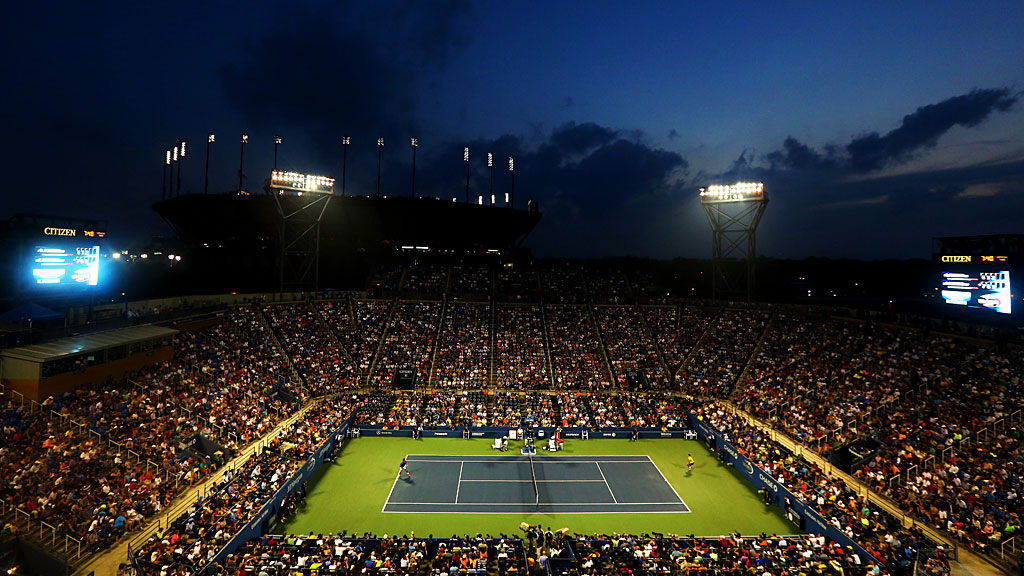 major (n.) — Any of the four tournaments that make up tennis’s Grand Slam: the Australian Open, the French Open, Wimbledon, and the U.S. Open. During these tournaments, the mists part and tennis, like Avalon or Brigadoon, returns from the realm of myth and conjecture that it occupies for 44 weeks a year and becomes once more visible to the eyes of mortal men.

Masters 1000 (n.) — In the ATP tour hierarchy, reportedly refers to tournament events ranked just below the majors and the year-end championships. Their existence has long been rumored among network TV scientists, but remains unconfirmed.

mini (pref.) — When used in a tiebreak, describes a point advantage gained on the opponent’s serve (“mini-break”); when used between two Rafa Nadal service points, describes the width of the crevasse into which several square yards of underwear fabric have somehow contrived to vanish, thus requiring a lengthy period of excavation before play can be resumed.

Murray Mound (n.) — A spontaneous geological formation that emerged on the site of Henman Hill before swallowing it for good in 2013; historically, the only terrain in southern England ever successfully colonized by Scots.

net (adj.) — The most important category of income recognized by tennis fans for calculating dividends; also (n.) the woven object in the center of the court.

PEDs (n.) — Performance-enhancing drugs; substances that, though banned, are routinely exploited for an advantage by participants in sports other than tennis. 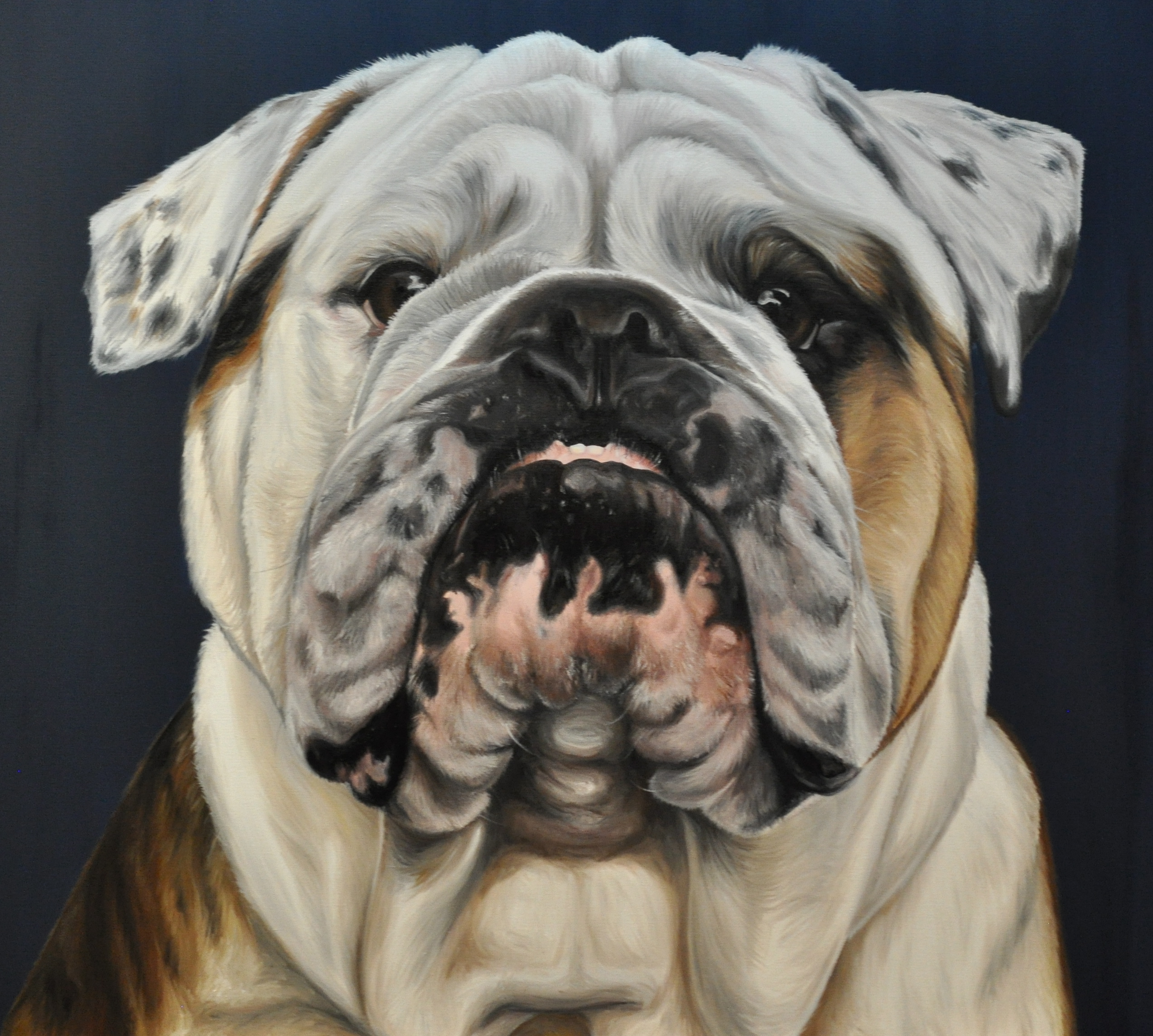 racket (n.) — Term often muttered after the exclamation “What a” by price-tag-glancing fans in the Ralph Lauren section of licensed tournament shops; also, the stick they use for hittin’ the ball.

Ralph Lauren (n.) — American humorist currently in the late stages of a long-running parody of English fashion design. Best known for clothing the umpires at Wimbledon in the garb of unsuccessful Merchant-Ivory cosplay enthusiasts; this has widely and accurately been interpreted as a somewhat excessive act of revenge for the burning of Washington, D.C., during the War of 1812.

Roland Garros (n.) — Pioneering French aviator who died at the age of 29 after escaping a WWI POW camp; a grateful nation named the site of the French Open after him, thus obliterating him from his own Google search results.

Serbian Bro Squad (n.) — The tight-knit group of trainers, bros, and friends who accompany Novak Djokovic everywhere he goes. Membership is by invitation only; members are issued Power Rings that, when touched together, cause them to morph together to form Ultra Djokovic. 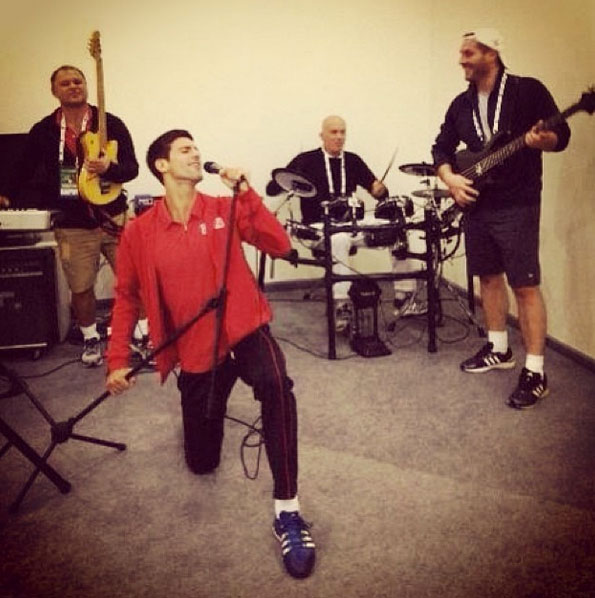 unforced error (n.) — The best stat in sports, since it not only tallies your hilarious screwups but also goes out of its way to point out that they were no one else’s fault.

U.S. Open (n.) — Arguably the most egalitarian of the four majors, meaning you’ll see people whose Nantucket Reds came from J.Crew instead of Murray’s — albeit not below the upper deck, thank God.

weeping (n.) — A curious form of emotional release predicated on the leakage of ocular fluid; not generally practiced among gentlemen.

Wimbledon (n.) — The purist’s favorite tennis major; the home of grass courts, volleys after serves, and earls in crushed linen suits. The real purist prefers Queen’s, however — less sullied by the masses and all that. Frightful shame what’s happened to the All England Club, really. One’s valet perhaps enjoys it; one hears rumours regarding the existence of something called “the hill” and something called “lunch” and something called “a £30 novelty beach towel.” One naturally considers it wisest not to investigate.

winner (n.) — Any shot your opponent is unable to reach; also, when prepended with a hashtag, any spectator sitting mezzanine level or below at a major tennis tournament.

“You cannot be serious!” (exp.) — Polite expression of disagreement registered by one Mr. John Patrick McEnroe Jr., Esq., against the umpire’s call in a 1981 match against Mr. Thomas “Gully” Gullikson, Esq. After delivering the objection to the umpire by formal parchment and on bended knee, Mr. McEnroe promptly apologized, adjusted his shirt cuff, and resigned from the British Navy.