Hulk Hogan on his final encounter with the Ultimate Warrior 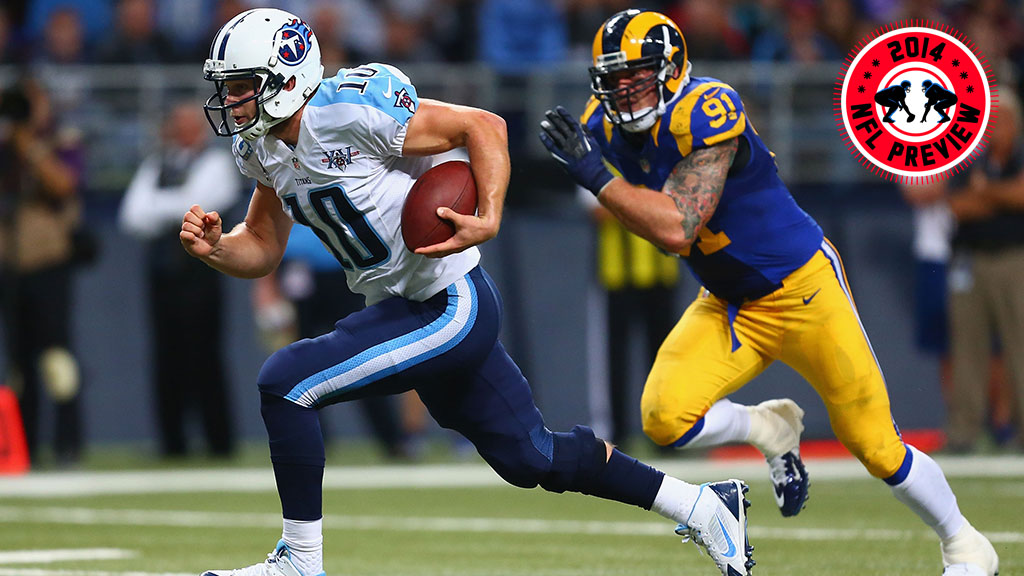 Speed kills. Al Davis might have said that about the NFL once, and it’s hard to argue against him. Speed’s the toughest thing to control and the most difficult skill to plan against as a defense. Think Colin Kaepernick running through the Green Bay defense in the 2012 playoffs, or remember how players like James Jett managed to launch NFL careers almost entirely off their fleet feet. What other asset can get you into the league on its own? Nobody’s signing World’s Strongest Man competitors to play1 football.

Even if you’re not a velocity fetishist, it’s impossible to suggest that speed doesn’t matter. So, who’s the fastest team in the NFL? Tough question, right? Ask a half-dozen people (I did) and you’ll get a half-dozen different answers (that too). It’s safe to say that most NFL fans are pretty sure that Darren Sproles is faster than Peyton Hillis. But on a teamwide level? It’s mighty tough to say. My initial guess was San Francisco, which turned out to be very, very wrong.

The good news is that there might be a way to answer this exact question with meaningful game data in a few years. More on that in a minute. For now, though, I wanted to try to figure out a way to estimate the fastest team in football, and see if that told us anything about how offenses, defenses, and speed work at the highest level.

As you know, the NFL already has a rather notable measure of speed: the 40-yard dash, which almost every NFL player runs during the scouting combine in Indianapolis. In one way, it’s an extremely useful piece of data: having every player running the same distance on the same track with the same amount of notice is excellent for reliably testing something. That’s the good news. The bad news? Players don’t stay that fast forever. Champ Bailey ran a 4.28 40-yard dash at the scouting combine, but that was 15 years ago. It’s fair to say he’s no longer running a 40-yard dash in less than 4.3 seconds. The 40 is also a test of a player’s speed without pads or the adrenaline of real football; it can still be of some use, but it’s an imperfect measure of a player’s pure speed. And while most players run at the combine, others run only at their college’s pro day, which can materially affect a player’s 40 time.

It’s still the best number for speed that’s publicly available, so it’s what we’ll be working with here. Since we’re really not thinking about how fast a left guard or a nose tackle are in determining a team’s speed,2 I decided to focus on skill-position players and the guys who stop them. I took each NFL team and grabbed 10 players from each: their likely starters at quarterback (1), running back (2), wide receiver (2), tight end (1), cornerback (2), and safety (2). I used a player’s 40 time from the combine when available, and when one wasn’t, I used that player’s pro day.3 To adjust for the ravages of time, I added two-hundredths of a second for each year since a player’s arrival into the league. So, with 15 years under his belt, Champ Bailey’s 4.28 40 from the 1999 combine becomes a 4.58 40-yard dash. Some players will have been affected by injuries and age more than others, but I think it’s a reasonable best-fit assumption to make.

Using this totally arbitrary method, the fastest team in football is …

The Tennessee Titans! I’ve been a little harsh with the Titans this offseason, complaining on the Grantland NFL Podcast about how boring they are, but now I have no excuse: By this method, they rate out as the fastest team in football. It makes sense, too, given how athletic and young they are at the skill-position spots. The Titans are actually above-average at nine of the 10 positions in this lineup; only Bernard Pollard (4.73 age-adjusted 40-yard dash) is below-average at his respective spot, while the likes of Jake Locker (4.57) and Justin Hunter (4.46) are among the fastest players at their positions. Tennessee also has the fastest pair of cornerbacks in the league with Jason McCourty (4.40) and Coty Sensabaugh (4.37) booked to start.

Their closest competitors are in Washington, where there’s one obvious advantage: Robert Griffin. NFLDraftScout credits Griffin with a 4.33 40-yard dash time at the combine, and even after aging, that decelerates only to 4.37 seconds. The average QB ran an age-adjusted 40 of 4.88 seconds. The difference between Griffin and an old pocket passer like Tom Brady (5.56 seconds) is enormous. The likes of Roy Helu (4.46) and DeSean Jackson (4.47) are among the fastest players in football. And while Alfred Morris and Brandon Meriweather are both below the average speeds for their positions, it’s only a marginal gap; Washington really isn’t slow anywhere. Meriweather can’t tackle and Griffin might not be healthy, but in a vacuum, this is a very viable candidate as the fastest lineup in the league.

You’ll notice something interesting about the teams at the top of these rankings: They’re not very good on offense. Washington was obviously excellent on offense with a healthy Griffin in the lineup two years ago, but they were 23rd in offensive DVOA last season. In fact, only one of the top nine ranked teams by this speed measure ranked any higher than 16th in DVOA last season. Forty percent of this speed measure includes defensive players, but it’s certainly odd that so many of the league’s quickest teams would be below-average on offense. The quickest top-10 offense from a year ago is Seattle (10th in speed, seventh in offensive DVOA), and even it was without Percy Harvin for virtually all of the season.

That goes double when you consider that some of the league’s best offenses rank as the slowest in football. Denver, New Orleans, and New England were each among the top five in offensive DVOA last season and, yet, among the bottom five in this speed measure. Some of that, obviously, comes from the total lack of speed among their quarterbacks; Peyton Manning, Drew Brees, and Tom Brady aren’t winning many races in 2014. In fact, when he was asked this weekend about who would win in a footrace between him and Manning, mammoth 335-pound Broncos nose tackle Terrance Knighton said, “Me. By far.”

If you think about it, those offenses really don’t excel because of their speed. The Saints have Jimmy Graham (4.61) and will have Brandin Cooks (4.33) this season, but they’ve been an offense built around the likes of Marques Colston (now at an age-adjusted 40 time of 4.66), Lance Moore, and Pierre Thomas for years. Even Sproles, who ran a 4.47 40-yard dash at the 2005 combine, was more notable for his agility than his speed. The Patriots and Broncos are offenses built around thousands of small cuts, even if they occasionally get Rob Gronkowski (4.76) and Demaryius Thomas (4.46) downfield for big plays. The Bears, another one of the slowest teams in the league, have a painfully sluggish set of defensive backs to go with a pair of wide receivers who dominate with their size, not their speed. If speed kills, it doesn’t seem to be killing it on offense in 2014.

That’s a (moderately) educated guess into the fastest team in football. Within several seasons, though, we might be able to get a much more accurate look into how fast players and teams are on a week-to-week and season-to-season basis. The NFL recently announced it will be partnering with a firm to place radio-frequency identification chips into each player’s shoulder pads during the 2014 season. The league will also be installing receivers in 17 NFL stadiums to track the sensors, which will provide data the league should be able to release in something close to real time.

The possibilities for using this information are endless. With reliable player-tracking data, we could chart things that are impossible to track now. Think of it: Right now, NFL safeties in deep coverage spend most of each passing play offscreen. We find out what they do only when they screw up and/or by watching coaches’ tape. With player tracking, we could track each safety’s range on a given play and how fast he moves from sideline to sideline. We could visualize each route run by a receiver during a season and calculate just how open a player gets versus the defense, or how badly players tire when they’ve been on the field for multiple consecutive snaps, or which running back is fastest in the open field. It would be a gold mine of information.

Get excited about that possibility, but for a number of reasons, be skeptical of it actually matching our dreams. For one, it’s set to be installed in only 17 stadiums; we’re still two years away from it being installed in all 31 stadiums, and at least another year away from dealing with the inevitable synchronization issues and mistakes that will come with optimizing the system for each stadium. More notably, don’t expect the NFL to be so friendly about sharing the data at first. This is the same league that didn’t even provide teams with week-to-week information about player snap counts until a few years ago, and the same organization that was publicly taunting fans about how they weren’t close to getting the All-22 tape as recently as 2011.

The other problem is that this data might not actually be all that useful in helping us figure out how to win football games. The release of All-22 video has already led to overconfident analytics that fail to account for the appropriate football context therein. While figuring out how fast a running back hits the hole might be an interesting piece of information in a vacuum, there’s no guarantee it will be a meaningful, reliable metric that helps figure out whether one running back will translate better than another into a different scheme. I’m reminded of a Boston Globe story on analytics in the NBA, which has far more robust measures of performance and a much stronger and more intelligent culture of analytics in front offices. Then–Celtics head coach Doc Rivers retells a story about talking to assistant general manager Mike Zarren:

“Zarren, he came to me and he said, ‘These are all the things we can do,’” said Rivers … “I said, ‘But I don’t know what any of that means. You’re telling me that Rondo moves 10 miles per hour? I don’t know what the [expletive] that does.’”

Maybe speed doesn’t kill after all.