The Myth of the Hard Knocks Curse 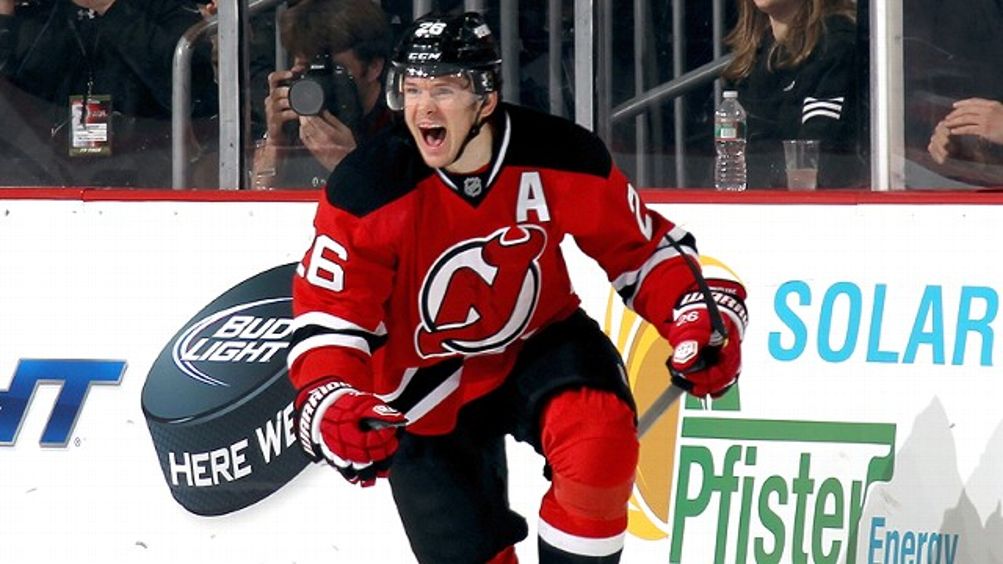 Personnel executives in the NHL face many of the same problems that you faced when you played Ice Hockey on your Nintendo. You know what I’m talking about. Fat guy. Skinny guy. Medium guy. Every person who faithfully slaved over their four-man lineup in the NES classic undoubtedly has a combination that they prefer. (Save some love in your heart for the Zamboni drivers, too.)

It’s not quite as easy to change up styles and rosters in real life, but NHL general managers do have to make conscious decisions about how to construct their roster in their attempt to win Lord Stanley’s Cup. Different GMs, of course, build their teams in different ways. While Maple Leafs GM Brian Burke tends to organize his teams around a pair of gargantuan defensemen capable of playing 27 minutes per night at an elite level, Red Wings GM Ken Holland drafts, develops, and integrates smaller European players into his lineup and presumably giggles as they hold on to the puck for shift after shift. Different ways to skin a cat and all that.

There is a perception, however, that size specifically trumps skill in the NHL playoffs. The increase in physical play and the weeks of grinding through game after game would naturally seem to favor stronger, larger players. Recent events certainly haven’t given many reasons to challenge that theory; you may remember Zdeno Chara, the skyscraper who moonlights as a hockey player, hoisting up the Cup as captain of the Boston Bruins last year. This season, meanwhile, has seen the Los Angeles Kings and their assembly line of power forwards make a stunning run into the finals after entering the playoffs as the Western Conference’s no. 8 seed. The goal that got them into the finals came from 245-pound winger Dustin Penner, the fourth-largest forward in all of the NHL. With their huge forwards and elite goalie, the Kings could be a team that was built for the playoffs all along, right?

As it turns out, that’s not the case. Would you believe me if I told you that, in recent history, size had absolutely no relationship with a team’s success in the playoffs? It hasn’t. In fact, smaller teams have been more successful than the league’s biggest bruisers upon entering the playoff cauldron. In the NHL playoffs, bigger is not necessarily any better.

How can I be so sure? Well, as you might suspect, data is involved. To figure out how “big” or “small” a team was, I used the playoff time-on-ice data gathered on the indispensable hockey-reference.com and cross-checked it against each player’s weight to get a measure of exactly how heavy the average player for a team was during any given moment on the ice. (I didn’t include goalies or the few minutes when a team had an empty net in that math.) This year’s Kings, for example, have put out skaters with an average weight of 204.8 pounds after accounting for playing time and listed weight. Only the Sharks — who weighed in at an average of 207.6 pounds — were heavier. The opposition Devils are just above league average, clocking in at 202.2 pounds. Now’s a good time to point out that, in fact, the league average hasn’t changed all that much since 1999, the first year that time-on-ice data is available:

Now, to try to establish the relationship between bigger teams and playoff glory, I went through a number of different methodologies. I tried lumping in weight with other possible variables that might seem to be reasonably predicative, like the team’s point total or goal differential during the regular season, as part of a multivariate regression designed to predict who would win a playoff series. The point totals and goal differential were slightly useful, but weight added no predicative value to the formula. I tried splitting them out into different equations. Again, no dice. Finally, I built a simple scoring system for playoff performance: 20 points for winning the Stanley Cup, 12 points for making the finals, eight points for making the Conference Championship, four for making it to the second round, and zero for losing in the first round. So the 2010-11 Bruins got 20 for winning the Cup last year, but the 2011-12 edition got a doughnut for crashing out in the opening round to Washington. You can play around with the different weights and say that one should be more important than the other, but it’s not the point and doesn’t materially change what I’m about to say, anyway.

After calculating the correlation coefficient (relationship between two sets of variables, in this case Stanley Cup playoff success and team weight, goal differential during the regular season, or points earned during the regular season) between our predicative variables and this playoff score, I had the final nail in bigger-is-better’s coffin. Goal differential had some slight predicative value, and total points were basically useless. Weight, though? Weight actually had a slightly negative correlation to playoff performance (r = -0.15). In other words, in the 12 playoff runs between 1998 and 1999 and 2010 and 2011, there was actually slightly more evidence pointing toward smaller teams being successful in the playoffs than larger teams. The tiny nature of the correlation tells us that there’s virtually no relationship whatsoever between a team’s size and playoff success. None.

If that seems too theoretical for you, let’s try expressing our findings more directly in terms of the 192 playoff teams who suited up across those 12 seasons of hockey.

Meanwhile, the 20 lightest teams enjoyed plenty of success. 11 of those 20 teams advanced past the first round of the playoffs, with six advancing to the Conference finals and two winning the Stanley Cup. Those wins came in the 2001-02 and 2007-08 seasons, both courtesy of the Detroit Red Wings. In fact, different versions of the Red Wings make up eight of these 20 teams.

It raises a fair question about the possible bias represented with this study; instead of measuring the success of light teams or heavy teams, it could really just be measuring how good the Red Wings are while misattributing it to their small size. That’s entirely possible. On the other hand, isn’t it also possible that the Red Wings could be exploiting a market inefficiency and succeeding because they’re smaller?

Think about it for a minute. During most of their run on or near the top of the NHL, the Red Wings have succeeded with superior puck possession and a roster built around European players, many of whom were selected later than their eventual performance record would indicate. Sergei Fedorov was a fourth-round pick. Tomas Holmstrom came over as a 10th-rounder. Pavel Datsyuk came off the board in the sixth round. Henrik Zetterberg was a seventh-rounder. Those players were all relatively undersize; only Fedorov was listed above 200 pounds during his NHL career. Had they possessed elite size to go with their skills, it’s entirely possible that the rest of the league would have noticed their talents and drafted them before the Red Wings had a chance to.

The perfect example of this philosophy is Nicklas Lidstrom, the Hall of Famer-to-be who claimed seven Norris Trophies as the league’s best defenseman during our 12-season time frame. In one of the great draft picks in the history of American sports, the Red Wings somehow nabbed Lidstrom with the 53rd pick in the third round of the 1989 NHL draft. Nobody would ever dream to doubt Lidstrom’s ability as a two-way defenseman or see him as a physical liability, but at 190 pounds, Lidstrom’s significantly smaller than other elite defensemen. Lidstrom’s made the All-NHL First Team seven times and been paired with six other defensemen across them, with Scott Niedermayer joining Lidstrom twice. Those six other defensemen outweighed Lidstrom by an average of more than 19 pounds.

It’s not just a European thing for the Wings, either. They’ve had a number of North American players with well-deserved reputations as the sort of gutsy players you need to win playoff games; it just so happens that they’re not very big, either. Kris Draper, who was taken nine picks after Lidstrom in that 1989 draft (by the Jets), was listed at 188 pounds. Kirk Maltby was at 195. Even Darren McCarty, a giant by Red Wings standards, was listed at just 210. Oh, and that Yzerman guy was 185 pounds. If size was really a prerequisite for playoff success, how could the Red Wings have been so great in the playoffs? It might very well be the case that you need some world-class grinders on your checking line to win a Stanley Cup, but Detroit’s proven that those grinders don’t necessarily need to be big.

Enough about the Red Wings. Perhaps you still need a little convincing that size doesn’t really matter in the playoffs. Is it enough to say that there’s absolutely no relationship between team size and either getting more shots on goal, allowing fewer shots on their own net, or the differential between the two during the playoffs? That’s all true, too, but maybe it’s not enough.

Of course, this doesn’t mean that the Kings are cursed for being too big and about to lose to the Devils. What recent history suggests, instead, is that the Kings didn’t make it to the Stanley Cup finals because they were any particular size at all; they’ve made it because they were a great hockey team. In the NHL playoffs, bigger has had absolutely nothing to do with better.