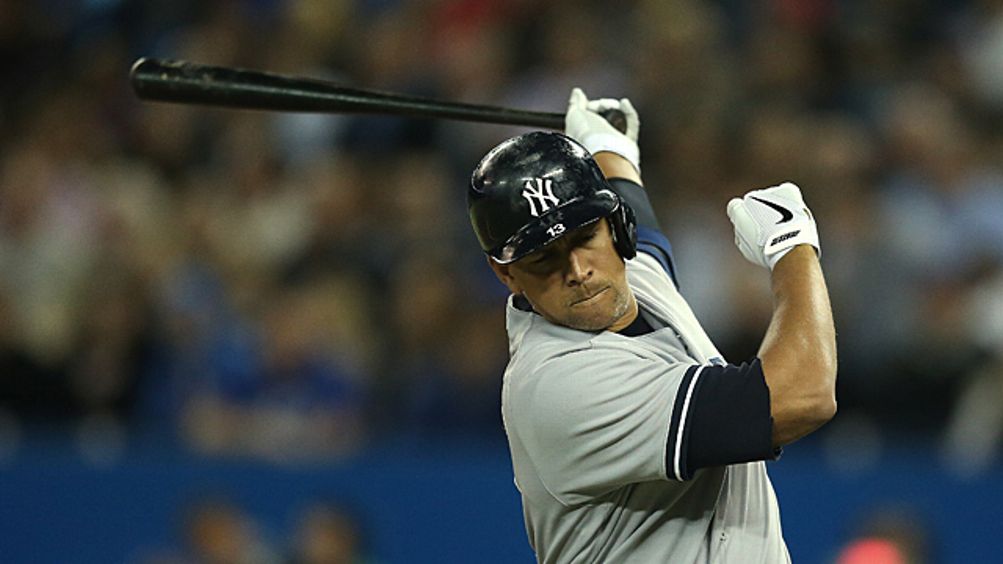 I do not envy the job of one Fredric Horowitz. He is the man tasked with arbitrating the dispute between Alex Rodriguez, of the New York Yankees (barely), and Bud Selig, the outgoing commissioner of baseball. Selig suspended Rodriguez for 211 games because of Rodriguez’s purported connection to the performance-enhancing-drug scandal centered on the Biogenesis clinic in Miami. In return, Rodriguez filed suit against Selig and Major League Baseball, charging that the commissioner and his office have conducted a somewhat East German–like investigation for the purpose of effectively making Rodriguez personify The Greatest Scandal That Absolutely Ever Was. (Among other things, the lawsuit charges that MLB bought the cooperation of Anthony Bosch, the extremely sleazy founder of Biogenesis.) So here sits Mr. Horowitz, asked to arbitrate the dispute between one man at the end of his career with nothing but his reputation to save, and one man at the end of his career with nothing but his legacy to save. Given that choice, I’d rather take out my own spleen with a lemon zester.

That The Greatest Scandal That Absolutely Ever Was has come down to a faceoff between Rodriguez and Selig is proof enough of what a comic opera the whole escapade has been from the beginning. The hysteria over PEDs in baseball — and, thus, in every sport — has unfolded the way in which all drug hysterias in the history of this country have unfolded. It has been fueled by misplaced moral panic, anecdotal evidence, anonymous slander, and a fundamental disregard for legal and constitutional safeguards — all in the service of what has been sold as a greater good by executives and media members who became famous or wealthy in the pursuit. It has been an exercise in simplistic moralism, so why shouldn’t it come down to one villain and one hero? The whole thing has been a scary story for children right from the jump.

Rodriguez seems to have very few friends in baseball, and probably deserves to have even fewer than he does. His image has been leaking hot air ever since he joined the Yankees. And yes, he is floundering in a vain attempt to rescue the reputation he personally fed into the wood chipper. But, in his battle with Selig, it’s important to remember that — while Rodriguez is fighting for his reputation, and Selig for his legacy — they’re also both fighting just as hard to avoid something else. Neither one wants to be the lasting face of the steroid era. The commissioner would like to fit Rodriguez for the role, because that’s the only way to save Selig’s legacy; this makes his pursuit of Rodriguez look less like an attempt to rescue the game and more like an elaborate attempt to cover his own historical ass.

Beware, always, authority figures as their careers enter twilight. It’s a marvelous environment for obsession. Presidents have been known to attach themselves to ludicrous pipe dreams, or to start wars, for this reason. You often wind up with a guy who combines the worst qualities of Captain Ahab and Eric Cartman. It is not unfair to point out that, as Selig’s term as commissioner comes to a close, he might want a big trophy to hang on the wall of posterity’s den because, otherwise, it might be pointed out regularly and often that the PED era in baseball happened on his watch. It is not unfair to say the PED era first erupted in the wake of the cancellation of a World Series that was an inherent part of a labor strategy that Selig — at the behest of the management side for which he worked — put into play. It also is not unfair to point out that, when Mark McGwire and Sammy Sosa helped save baseball from the stupidity inflicted upon it by its own management — however they did it — Selig led the cheers for baseball’s comeback.

Since then, however, a number of worms have turned. The Greatest Scandal That Absolutely Ever Was — starring rule-bending IRS agents, spotlight-hungry prosecutors, bought witnesses, and politicians with very little to do — gathered a fearsome momentum of its own, and, suddenly, being on the wrong side of the moral panic turned out to have been a very bad career move. There were several other candidates put up to be the face of evil, but the preposterous prosecutions of Roger Clemens and Barry Bonds fell apart, at least partly on the grounds that the respective juries thought they were both a massive waste of time and resources. (They were right, too.) Then, mirabile dictu, the Biogenesis business came along, and there turned out to be yet another opportunity to stand firm against what he had previously tolerated, and Selig grabbed at it with both hands. But, if he was going to seal his legacy, he needed a personification of what he boldly was fighting against. Cue Rodriguez, whom nobody liked anyway.

In this, of course, Selig was acting well within the operational history of his office. The position of commissioner of baseball was designed to be the authoritarian tool of baseball management and, from the start, a commissioner’s job was to use every means, fair or foul, not to bring measured justice to the game, but to protect its image from all threats, real and imaginary. 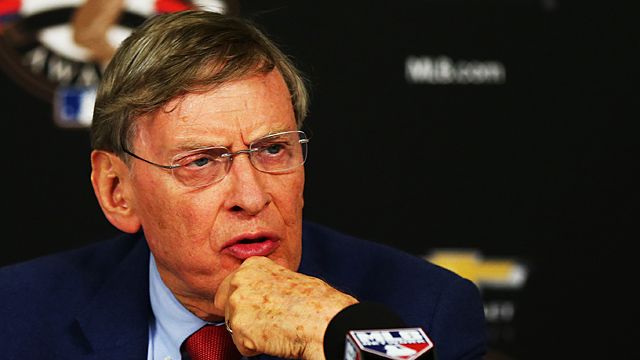 In 1920, the owners of baseball made Kenesaw Mountain Landis the first commissioner of baseball, and they invested him with extraordinary powers. They did this because the gambling they tacitly had allowed in the game almost from its inception had blown up in their faces. (Many reasoned that gambling was a way for the players to augment their incomes, and that was easier than paying an actual living wage.) In 1919, partly because of their own penury, and partly because gamblers had become as common at the ballpark as beer barrels, the owners saw the Chicago White Sox dump the 1919 World Series and, worse, they saw the world actually find out about it. Landis’s primary job was not merely to clean up the game, but to demonstrate to the world that it was clean. This he did with great alacrity.

In 1921, for example, after the World Series was over, Babe Ruth put together a team of All-Stars and barnstormed the country. He was looking for a way for the players to make more money, since the owners were no more inclined to pay a living wage than they ever were. Landis, who already had banned such exhibitions, found out and suspended Ruth for 39 days at the beginning of the 1922 season. (In a neat little twist, when the Yanks opened the season in Washington, the Babe showed up in the presidential box with Warren Harding, who threw out the first pitch.) But Landis had made his point. If you want to show that you’re in charge, and especially if you want to show the owners who hired you that you’re in charge, you hit the biggest target you can find and you make it stick.

A more recent example was the pursuit of Pete Rose and his gambling by Major League Baseball under the direction of then-commissioner A. Bartlett Giamatti. The parallels between Giamatti-Rose and Selig-Rodriguez are more exact. (At one point, Rose even filed suit against the commissioner and MLB, much as Rodriguez is doing now.) Both involved preeminent players of their respective eras. Both were prompted by a feeding frenzy in the media that resulted in some wild-eyed rhetoric that inflamed both sides. At his press conference announcing the deal by which Rose had been banished from baseball, Giamatti played to the cheap seats.

But this [institution of baseball], because it is so much a part of our history as a people and because it has such a purchase on our national soul, has an obligation to the people for whom it is played — to its fans and well-wishers — to strive for excellence in all things and to promote the highest ideals.

(This, it should be noted, from a guy who busted unions at Yale and who, as president of the National League at the time, willingly cooperated with and publicly defended the collusion strategy by which the management of baseball agreed to “throw” the free-agent market by declining to bid on the best players, thereby breaking faith with their fan bases in a way far worse than Rose — or Joe Jackson, for that matter — ever did, a strategy that ultimately cost baseball millions of dollars in damages. Ah, well.)

That was how a commissioner was supposed to talk. The image is all. Baseball’s “purchase on our national soul” — dear god, what utter malarkey — must be maintained at all costs. That’s pretty much where Bud Selig has made his stand now in his pursuit of Alex Rodriguez, who is just as stubbornly making a stand in his own defense, because he has more lawyers than friends these days. And the rest of us sit in the whaleboat, along for the ride, heading for an uncertain horizon.