The Legend of Harvey Scissorhands 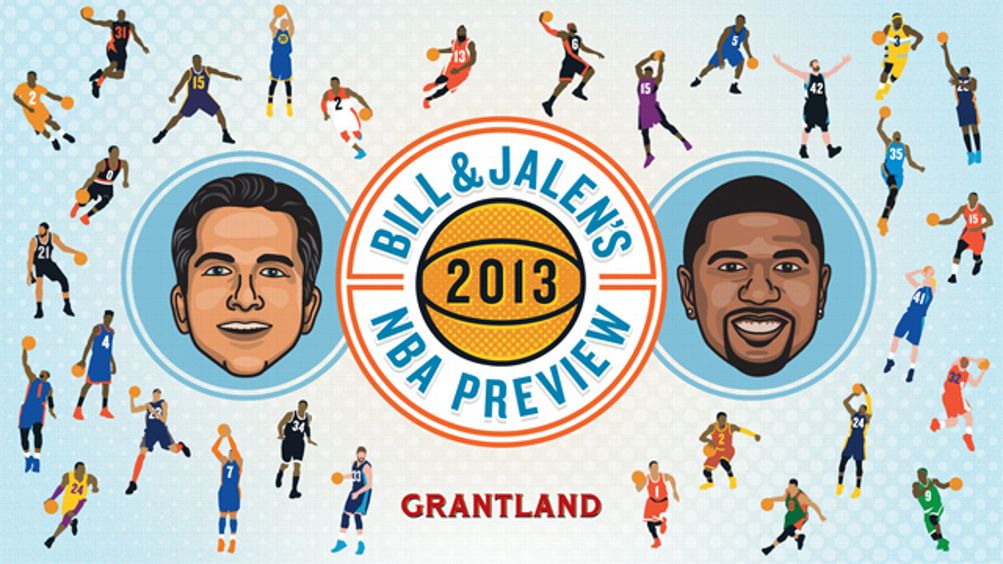 What happens when you stick Bill Simmons and Jalen Rose in the Grantland Channel studio for six straight hours without food, coffee, or a bathroom? You get Bill and Jalen’s 2013 NBA Preview!!! (Yeah, we probably should have called it the 2013-14 NBA preview, but Jalen has a vendetta against hyphens.) For the entire month of October, we’ll be counting down our rankings of NBA teams from 30 to 1 while (a) incorporating fancy graphics and Photoshops, (b) consistently looking at the wrong cameras, and (c) miraculously never changing clothes. Today, we launch the series with no. 30 (Philly) and no. 29 (Phoenix). Can the Sixers lose an NBA-record 74 games? Is it time for Robert Sarver to sell the Suns? How did we involve Zach Lowe, Kirk Goldsberry, and the Triangle blog? In which city would Jalen rather champagne and campaign? Is Bill really clairvoyant? And what do Tom Hanks, Wesley Snipes, and Michael Myers have to do with all of this? Click on our Philly and Phoenix previews to find out all of these answers and a whole lot more.

PS: Get ready for more of these — you better start rearranging your busy schedules now. (You’re right, there’s no way you’re busy if you clicked on this link.) But for the next four weeks, we’ll be cranking out these video previews to the point that you’re not even going to miss Breaking Bad anymore. Will Miami be no. 1? Will Simmons rank the Celtics way too high? What will be Jalen’s favorite champagne-and-campaign city? What do the Doobie Brothers have to do with this season? And seriously … is Bill REALLY clairvoyant? It’s Bill and Jalen’s 2013 NBA Preview, and it begins right now.