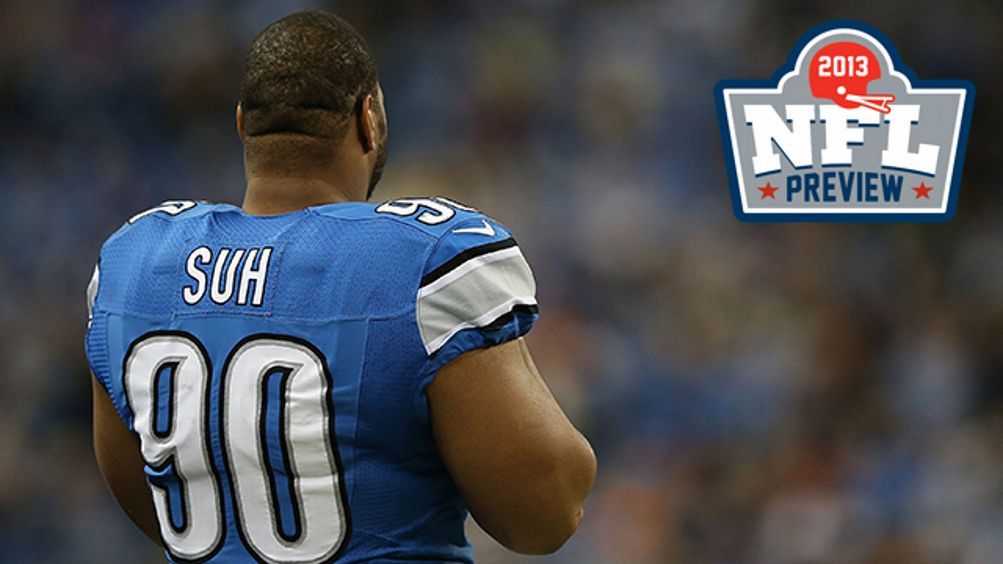 Let me say something really quickly before I get to the specifics of the Detroit Lions. In writing these articles about different teams that seem likely to dramatically improve or decline versus a year ago, the word “regression” comes up an awful lot. It comes up with regard to quantitative analysis of other sports frequently enough, but it’s even more prevalent — and more meaningful — in football. Regression seems to imply decline, but that’s not what it means in this context at all; it means to retreat from a level of performance that’s unsustainable over a larger sample, whether it’s good or bad. The NFL is subject to so many of these unsustainable performances because of the simple fact that the season is only 16 games long. You can get away with a lot in 16 games without actually revealing all that much about your football team. Imagine being a Dodgers fan and how different your team might’ve looked if you got to see them play for only 16 games in April as opposed to 16 games in July. Regression toward the mean is admitting that we don’t know a whole heck of a lot from what we saw, and that the broader sample of teams throughout history is more meaningful than 16 games’ worth of information about one specific team.

So, to that, enter the much-maligned Detroit Lions. A 10-6 team in 2011, the Lions collapsed and played ugly football for most of 2012, falling ignominiously to 4-12 while becoming the laughingstock of the league on yet another Thanksgiving Day. And yet, there are so many things about that 2012 campaign that scream “unlucky,” which wouldn’t hold them back over a larger sample. It’s entirely possible a good team could have a stretch like the Lions did this past season, just as the Dodgers did in April.1 I don’t know that the Lions are capable of being a great football team, but I do think they’re the best-positioned “bad” team in football to rise back up into the playoffs in 2013. And much of that has to do with the assorted ways a football bounces over a mere 16 games.

Virtually every next-level metric beyond win-loss record suggests the Lions were unlucky to go 4-12 last season. The Lions were 16th in the Football Outsiders DVOA Rankings, which measure performance on a per-play basis, and 20th per the Pro-Football-Reference.com Simple Rating System. These metrics both credit Detroit for having played a particularly difficult schedule, ranking sixth (FO) or fifth (PFR) in difficulty across the league.

It doesn’t take an advanced metric to understand how the Lions were unlucky. Their point differential across those 16 games was minus-65; look back across the 16-game era to teams that had a similar point differential — let’s say between minus-50 and minus-80 — and you’ll find that nearly 88 percent of teams got a better record out of their “performance” than the Lions did:

The Pythagorean Expectation for a team with the Lions’ totals is that it would win 6.5 games of every 16 contests. That’s not enough to keep the Lions in the playoffs, but it’s a noticeably smaller drop from 10-6 to 7-9 or 6-10 than it is to 4-12. And that 2.5-win gap, as you might suspect, is usually a very strong indicator that a team will get better the following season. Teams since 1989 whose win-loss record was two to three games worse than the expectation from its point differential won an average of 2.8 more games the following year. Last year, that group included the Dolphins (who improved by one win) and the Vikings (who improved by, well, seven). The year before, three teams belonged: the Bengals (4-12 to 9-7), Packers (10-6 to 15-1), and Titans (6-10 to 9-7). And three years earlier, it was the Dolphins (1-15 to 11-5). I’ll spare you the others. The last time a team had this sort of gap between its point differential and win-loss record and didn’t improve by at least one win the following year was 2003.

In the on-deck circle, unsurprisingly, is Detroit’s performance in close games. The Lions were a staggering 3-8 in games decided by one touchdown or less, which included five of the eight games they lost during their winless second half. And as I mentioned on Monday’s debut of the Grantland NFL Preview Podcast, the Lions were competitive in a number of very close games against rather talented football teams during that stretch. During that run, they blew fourth-quarter leads against the Packers, Texans, and Colts in consecutive games. The following week, they were tied with the Packers at Lambeau Field during the fourth quarter. They lost a game to the Titans in overtime when they had the ball on the Titans’ 7-yard line, down three points, and accidentally snapped the ball on a fourth-down quarterback sneak to backup Shaun Hill.2

If you take a short view of that record, you’ll probably suggest that the Lions can’t close out close games, that they don’t know “how to win.” Maybe they don’t. But this is the same team — or at least, much of the same team — that went 5-3 in one-touchdown games the prior season. Did they forget how to win? Or, instead, is it more plausible that they were a team that couldn’t run the ball very well to close out games or stop people from passing to catch up when the Lions were ahead, with a bit of bad luck thrown in as well?

In any case, again, let’s try to compare the Lions to teams that were similarly bad (or unlucky) in one-touchdown games. In all, 51 teams have lost seven or more games by one score or less since 1989; their average record in one-touchdown games during this awful season was 2.5-7.5, meaning they won 25 percent of those close games. The following year, those same teams went a combined 188-210 in those games, nearly doubling their win rate at 47.2 percent. Overall, they won an average of 3.1 more games the following season. That all bodes well for the Lions, who could have a much better record with a merely average amount of luck next season.

Of course, there are qualitative reasons to believe the Lions will have the talent to close out games in 2013. This offseason, they moved on from the unfortunate situation surrounding Jahvid Best’s health and signed Reggie Bush, who should give them their first reliable running back since … I don’t know, James Stewart? And on the other side of the ball, they replaced a perpetually gaping hole at safety with the Texans’ Glover Quin, who has been a solid contributor to one of the league’s best secondaries for the past two seasons. They turned over both tackle spots on the offensive line and still have a hole at cornerback, so things aren’t exactly going to be dominant, but they should have personnel superior to both those spaces last season.

Alone, those facts would be enough to push the Lions up toward .500 in 2013. Now we’re at the “But wait, there’s more” part of this infomercial. Because there’s more. In addition to the strength of schedule and the close games, the Lions were remarkably unlucky in terms of recovering fumbles across those 16 contests last year. In all, Detroit recovered just 32.6 percent of the fumbles, the second-worst rate in football. History tells us that’s virtually unsustainable and almost totally random, but if you think there’s something about this Lions team that wouldn’t make them the sort of team that falls on bouncing oblong spheroids, consider that a virtually identical roster recovered 59.6 percent of the fumbles in their games in 2011, the fourth-highest rate in football. The teams that ranked in the bottom five for fumble recovery rate in each season from 20033-2011 had an average rank of 15th in fumble recovery rate the following season, which tells you just how inconsistent this stat is. Going from their 2011 rate to league-average would create about seven more fumble recoveries for the Lions, which would either extend drives otherwise stopped by giveaways or end opposing drives with a takeaway.4

And that, of course, led the Lions to a really ugly turnover differential. At minus-16, they produced the third-worst turnover margin in football, one year after they were holding the league’s fourth-best turnover margin at plus-11. Again, a turnover margin that bad almost never sticks around; the average turnover margin for teams at minus-15 or under in a given year was a mere minus-0.7 the following season. Those teams won 2.5 more games the subsequent year, too.

Their strength of schedule should also be easier, even if the NFC North remains a tough division. The Lions avoid some of the league’s tougher divisions in getting the AFC North and NFC East as divisional matchups, and their placement games come against the Cardinals and Buccaneers. There’s no guarantee the schedule will be easier than the top-six slate from last season, but it seems likely that it will look easier by the time the season is said and done.

All of that doesn’t mean anything if Calvin Johnson or Ndamukong Suh get hurt.5 The Lions could quit on Jim Schwartz or fall apart with another year of bad luck. That’s clear. But don’t think about the 2012 Lions as the perfect encapsulation of what this team is capable of, because it’s not. That team was one snapshot of what that 53-man roster could do, and as it turned out, it wasn’t a very favorable snapshot. The opposite was true of the 2011 team. There are no guarantees this Lions team will be a playoff contender, but I think most of the snapshots that a 16-game season will capture of this team will be of a competitive, winning football team. They’ll regress toward the mean and to success, and if they can get a little bit of extra luck, they can go 10-6 and make the NFC playoffs.