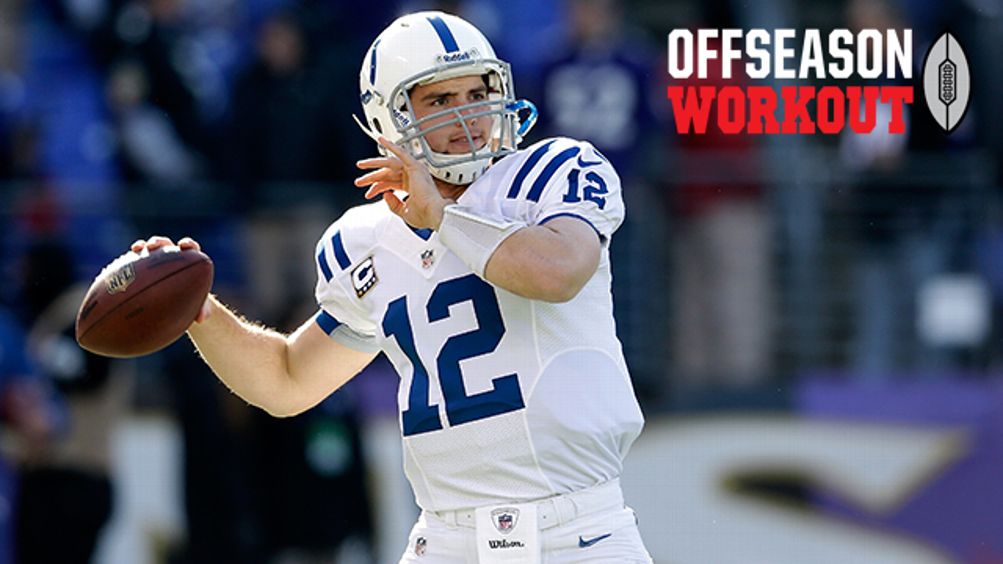 Better than one out of every four teams that finishes 6-10 makes the playoffs the following year. That staggering-but-true statistic came up last year, when I went looking for the tell-tale signs of an unlikely leap and mentioned how I would be immediately drug-tested for predicting that the likes of the Colts, Redskins, or Vikings would make the playoffs.1 Winning is everything, but when it comes to figuring out how NFL teams will perform in the future, their win-loss record really doesn’t offer as much insight as it might seem.

Research into baseball and basketball found that other statistical indicators were better and/or excellent supplementary predictors of future win-loss record, and football is no exception. Although advanced metrics for football are in their relative infancy and will never be able to match the predictive power that comes with the much larger sample size of baseball- and basketball-size seasons, there are a few metrics that often come up in this space as further insight into a team’s performance. Let’s take a look at what they have to say about the 2012 season and the NFL slate to come in 2013.

Just as is the case with baseball and basketball, point differential in football is a better predictor of a team’s coming win-loss record than its actual win-loss record. The nitty-gritty is in the introductory piece to these methods from last summer, which is worth reading both for a refresher on some of the ideas and for a look back at what the numbers suggested about the 2012 season. As with those other sports, we use a modified version of Bill James’s Pythagorean Expectation formula to estimate what a team’s record “should”2 have been, given its point differential. That formula, again:

In general, a gap of about two wins between your actual win total and your “expected” win total from your point differential is the spot where you start talking about significantly likely improvements. There have been 42 teams since 1989 that underperformed their Pythagorean win total by two wins or more. The following year, those teams saw their win-loss record improve by an average of 2.6 wins. Last year, two teams fit into that category: the Dolphins, who went from 6-10 to 7-9, and the Vikings, who leaped from 3-13 all the way to 10-6. More on the Vikings in a second.

Meanwhile, teams that grossly outperform their Pythagorean expectation by two wins or more often come back to earth. There have been 34 such teams since 1989 and they’ve lost an average of 2.4 additional games the following campaign. We had our eyes on three such teams last season, and two of them followed the plan: the 15-1 Packers fell to 11-5, while the 7-9 Chiefs hit the bottom of the barrel at 2-14. On the other hand, the 8-8 Broncos ignored the numbers and went 13-3, the largest such increase for a team in this group in the last 24 years. Replacing Tim Tebow with Peyton Manning will do that.

There’s only one team each that fits on either side of the Pythagorean equation this season. The team that has a reason to be hopeful? The Detroit Lions, who went 4-12 despite being outscored by just over four points per game, producing a point differential that would normally represent a 6.5-win team. These are the same Lions that lost to the Texans (at least partly) because Jim Schwartz called for a challenge on an unchallengeable play; who lost on the final play to a Colts team that needed a touchdown from the 14-yard line; who lost to the Titans in overtime when Shaun Hill chose to sneak on fourth-and-1 in lieu of kicking a game-tying field goal. They won’t necessarily catch all of those breaks next year, but chances are that they won’t lose every one of their super-close games like that again, either.

Oh, and those Colts I just mentioned? Be prepared to hear about them a bunch as this column goes on. Let’s start, though, by pointing out that they were an 11-5 team that was outscored by 30 points. No team in the history of the NFL has won 11 or more games while being outscored by its competition, and the average record of a team that was outscored by 20 to 40 points across a full season since 1989 has been 7-9. How did the Colts go 11-5 without outscoring their opponents? Well, for one, they were stunningly good in …

Games Decided by One Touchdown or Less

The proxy for close games that often goes hand-in-hand with overall point differential, this one is the indicator that notes how it’s awful hard to win a high percentage of games decided by seven points or fewer year after year. You’ll see the occasional hot run from a Hall of Fame–caliber quarterback who is particularly effective at squeezing out extra possessions at the end of each half, but the vast majority of teams will see their performances in these sorts of games regress toward the mean3 from year to year.

In last year’s primer, I highlighted five teams that had particularly good records in close games in 2011: the Raiders (7-2 in close games in 2011), Packers (5-1), Saints (4-1), 49ers (6-2), and Steelers (5-2). In 2012, despite the presence of several star quarterbacks on their respective rosters, those same five teams went a combined 16-16-1 in games decided by one touchdown or less. Their overall win-loss record declined by 19.5 wins,4 nearly four full wins per team. And again, the only team to arrest its expected slide was the one that upgraded at quarterback, the 49ers.

Some of the teams that had particularly egregious records in close games in 2011 used an improvement in this very category to make it into the playoffs in 2012. At the front of the line were the Colts and Vikings, who were a combined 3-14 in one-score games in 2011. Last year, they combined to go 14-2, including a 9-1 streak from the Colts. The Eagles and Rams improved to finish a combined 8-7-1 in .500 games, but the Eagles still got blown out frequently enough to lose four games off of their previous record. And, finally, the Panthers still managed to go a dismal 1-7 in one-score games last year, with the heartbreaking loss to the Falcons sticking in my memory as a notable defeat. In all, these teams went a combined 23-16-1 in one-score games in 2012, improving their overall record by an average of 3.7 wins per team.

And for 2013? Let’s do the same thing and put together a table with the five best and worst records in one-score games from 2012, records that are unlikely to be maintained in 2013:

One more fun tidbit with the 2011-12 Vikings before I move on: The 2011 team lost five games after leading at halftime, which was the most in the league. That has happened 21 times since 1989, and the following year those teams improved their win-loss record by an average of more than three games. Push that figure out to teams with four such losses, and you get a 73-team sample, which has improved its win-loss record by an average of 2.4 wins. I don’t know how meaningful that number really is, but I can tell you that there’s only one team from 2012 that fits this bill, and it’s one of the teams that reside on the “Worst” side of that table above: the Chargers, who blew five different halftime leads last season. And that includes double-digit leads over the Ravens and Broncos.

Strength of schedule sure is difficult to predict: Just remember last year’s Broncos, who I expected to have the league’s hardest schedule during a season in which they would eventually finish with the NFL’s fifth-easiest slate (per Pro-Football-Reference.com). Even with the Broncos lurking, though, it’s safe to say that most teams that face a particularly difficult schedule get to square off against an easier one the following year, with the opposite being true for those teams toiling against the league’s best week after week.

A tough schedule isn’t easy to predict, but once it has come to town, it’s usually easy to see the impact it has had. Since 1991, teams that faced one of the five toughest schedules in a given season — again using Pro-Football-Reference.com as the measure of schedule strength — declined by 1.6 wins compared to the previous season. Meanwhile, teams that got to face one of the five easiest schedules improved by a whopping 2.5 wins over that same time frame. Of course, they also declined by an average of 1.4 wins the year after that friendly slate; it’s just too difficult to get cream puffs year after year.

The evidence of the impact here isn’t quite as noticeable. The teams that got the friendliest slates in 2011 were a bunch of studs, as the Packers, Patriots, Saints, and Texans had four of the five easiest schedules in football. The only also-ran in the group was Tennessee. The teams with last year’s five easiest schedules were the Broncos, Steelers, Chargers, Bengals, and the team that probably thinks I’m picking on them by now, the Colts.

Meanwhile, the poor Rams continued to face an onslaught of excellent teams; after facing the league’s toughest schedule in 2011, they fell only to second in 2012. The Buccaneers, Giants, Vikings, and Bears filled out the ranks in 2011, with the Cardinals pacing the league in 2012, just ahead of the Rams, 49ers, Cowboys, Seahawks, and those pesky Lions.

There are other metrics that help gain a better understanding of a team’s underlying performance and talent level — information on fumble recovery rates and injury data comes to mind — but we’re off to a good start here. The advanced metrics aren’t enough to bring a team down on its own, as the 49ers showed last year (even as they declined by 1.5 wins during the regular season), but they provide a good starting point for discussion. I’ll be discussing these teams more at length as the year goes along, but at the moment, it appears that the numbers would expect a steep decline from the Colts and a moderate one from the Vikings, with big steps from the Lions and Panthers in their stead.