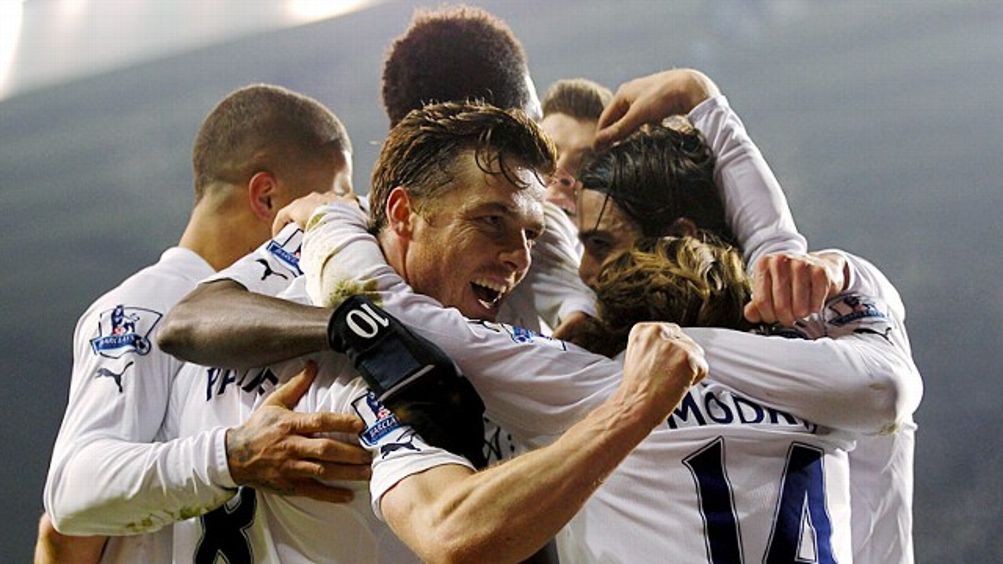 I have to tell you. I’ve seen better weekends, fan-wise. First, on Saturday, nationally ranked Alma Mater goes down to South Bend and gets shot out of the building by a freshman named Pat Connaughton, who played his high school ball about 15 minutes from this machine, and who was taught in high school by the very same Xaverian Brothers who once threw me into the dog pit with algebra just for laughs.

(And, just for the record, there is nothing I hate — H-A-T-E — worse than losing to Our Lady of The Plains down there in Indiana. I’ll take 12 losses against Wisconsin a year rather than suffer just one to that Papist minstrel show, and I say this as a cradle Papist my own self.)

Then, of course, came the extended exercise in misery yesterday. I knew things were going to go bad when I saw that shot of New England owner Robert Kraft sitting in his owner’s box with Rush Limbaugh and the manufactured remains of Steven Tyler. Why Kraft chose on this day of days to surround himself with aging drug addicts remains a mystery. But it didn’t bode well, and I knew it.

I am a fan of some teams — the Red Sox, the Celtics — from birth. I picked up some teams — the Patriots, Marquette basketball — as my life weaved its way from field to arena and back again. I am a Montreal Canadiens fan in a very strange land, for reasons that we will explore in a later column. (Short explanation of the foregoing: It’s the fault of my late father the hockey coach, and of Jean Beliveau.) I am also a fan of the Sydney Swans down under, thanks to the early days of ESPN, and of Kerry’s GAA football club in the ancestral homeland. (And that was a horrible soft call we got against the Dubs late in this year’s final.) I am also a fan of some teams that I’ve met through my work; I will always cheer for the Magazine Rattlers down there in Arkansas.

But there was a hole in my roster of favorites. I needed a soccer team, specifically one in the Premier League in England. I am not as soccerphobic as many of my American colleagues. I once spent 13 scalded days in Qatar, before we turned the place into an aircraft carrier with luxury hotels, watching the Asian zone World Cup qualifier that included Saudi Arabia, Japan, Iran, Iraq, and North and South Korea. Throw out the record books when those traditional rivals tee it up. I also met a guy whose skiffle group in Liverpool once lost a battle of the bands to John Lennon and The Quarrymen, and who was still pissed about it. (He was in Qatar because the ruling emir had hired him as a snooker instructor.) So soccer has been good to me and I bear no grudge against it.

But I have only one soccer team — Albirex in Japan, which plays in Niigata, the town in which my father was a port director during the occupation after World War II. Albirex draws better than most teams in the Japan Football League: over 38,000 fans per game to Tohoku Denryoku Big Swan Stadium. (Tohoku is the local power company, which gives the whole thing a homey touch, if you ignore the fact that the local power company has 7.6 million subscribers.) But that’s strictly a family deal, and there is no likelihood that I’ll ever see Albirex on my TV. And I don’t really care much about the Continental European leagues — Serie A and all the rest — although I occasionally pick up a live game from Mexico on Univision, only out of corporate loyalty for having once been a Univisa employee myself. But, with the Premier League teams, I can both watch them live and understand most of the broadcast, although much of it is spoken in soccer, a language in which my skills are rudimentary.

The problem was that I had no criteria on which to base my choice. I picked up Albirex because my father worked there, and Kerry GAA because my grandparents all came from there, including my beloved grandmother, a former shepherd. But I certainly had no family or ethnic ties to any place in England. (I have relatives who were asked to leave Ireland because of disputes on this very point.) I knew I didn’t want any part of Manchester United or Arsenal or any of the real brand names. I needed competitive and plucky. I had no idea where to start, but I knew I had acquaintances who followed their sides with great passion. So, I did what every member of the New Media does these days. I threw the decision up for grabs on my Facebook page.

(Pro tip — do not go to that page today. The calumny thrown toward Notre Dame alone does not put me in a good light at all.)

A spirited discussion broke out. One of my editors, a proud Texan by birth, put up a strong case for Fulham because of Clint Dempsey, their talented striker from Nacogdoches, and he had plenty of support, as did Everton. Another friend appealed to me on ethnic grounds, pointing out that Sunderland is often called Sund-Ireland, because they’re known for giving the Fenians a chance to play. There was some support for Aston Villa, which always has intrigued me as a name, since it sounds like a restaurant in the North End that has glass grapes in the lobby and an autographed photo of Al Martino above the cashier’s desk. But the color scheme on the uniforms — claret and blue? Honestly — put me off. I was intrigued briefly by Newcastle United because their fans are called either The Magpies or The Toon Army. I wouldn’t mind being part of The Toon Army, under the command of Staff Sergeant Yosemite Sam.

However, when it came down to it, I took the advice of my buddy Bateman, newly arrived back in The World from a tour in Afghanistan with the actual Army. He’s cruising the Spanish Main right now with the lovely Kate, but, when he gets back to work, he’s going to be posted in London. Turns out, he went on the same quest I did, with much the same ground rules. (Bates grew up near Cleveland, which means he’s better at seeking out hopeless, plucky underdogs than I’ll ever be.) In response, he told me:

“Confronted with the same problem, I did my research among my British peers, all of whom had very deliberate thoughts. Being from Cleveland, I too didn’t want an Arsenal or a Manchester team, and wanted something of an underdog with a reputation for doggedness. I got lucky in picking the then 7th place (maybe 9th) Tottenham Hotspurs. (Now 3rd, with a bullet.) They play in London (one of the several teams there) in a small stadium in the NW of the city. I recommend them to you.”

So that’s my new team, Tottenham Hotspur. Cool name, with just enough Shakespearian resonance to it — plucking bright honor from the pale-faced moon and all of that. A proud history of standing up to bigotry (the Spurs have a large Jewish following, which has prompted some anti-Semitic stupidity among the followers of the other clubs). A long and solid history in the game without being obnoxious about it. Plus, the new boss likes them. We now sit in a perfectly respectable third place in the standings — oops, The Table — behind the two Manchesters, and our manager, Harry Redknapp, is in the middle of a tax-evasion trial that includes a serious public row over whether or not he lied to Rupert Murdoch’s News of the World a couple years ago.

“I have to tell the police the truth, not Mr. (Rob) Beasley,” Redknapp said. “He’s a News of the World reporter.”

Damn, I thought, this reminds me of the Patriots. It’s like coming home. Now, if we can just keep Limbaugh out of the owner’s box, we’re home-free.