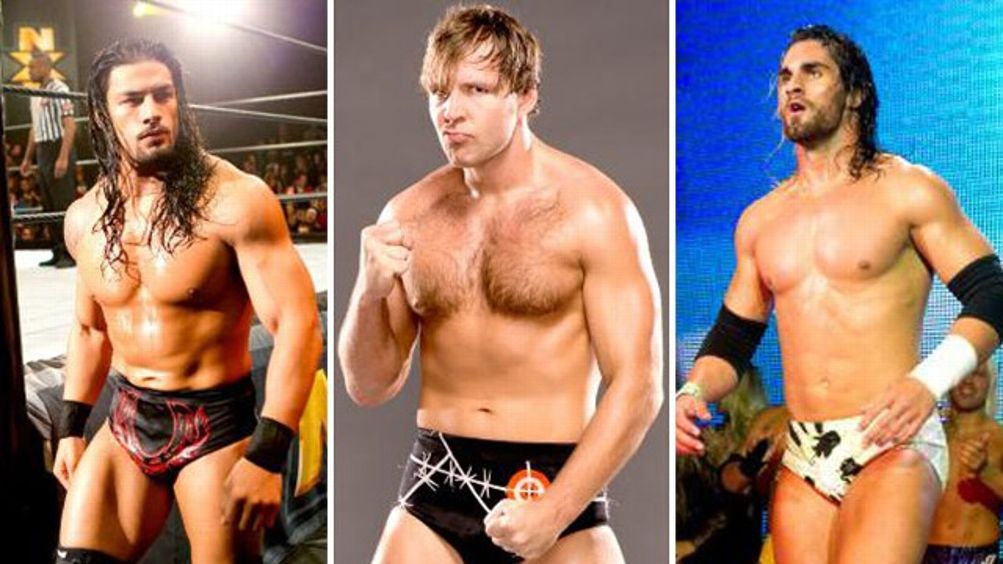 It wasn’t long ago that it seemed like wrestling fans were doomed to a never-ending future of John Cena and Randy Orton championship runs. It goes without saying that when CM Punk cut his infamous worked-shoot promo last June, it was exalted not just because Punk was a meta-fan favorite and the promo itself was incredible, but because WWE let it happen. For years, there had been grumblings about Vince McMahon wanting to create stars — a new generation of Shawn Michaelses and Bret Harts or Rocks and Foleys — but so far there had been little evidence that WWE was committed to pulling off such a renovation. When Punk was given the proverbial ball and he took off sprinting, everything changed. It created not just the Reality Era but a new WWE ethos wherein innovation was not just acceptable but mandatory.

It has been about a year and a half since the worked shoot, and in that time WWE fans got Punk as champion — as of Monday night, he’s been champ for an entire year. We got indie darling Daniel Bryan as a mainstream headliner. We got main-event time given to British newcomer Wade Barrett and an epic push for luchador standout Sin Cara. Even recently, we’ve seen young wrestlers like Justin Gabriel, Tyson Kidd, Darren Young, and Titus O’Neil given significant camera time in tag-team bouts. Hell, WWE has even found a valuable place for Heath Slater, the most insufferable wrestling personality this side of Harvey Wippleman.

Sunday night, at the finale of the Punk-Cena-Ryback triple-threat match for the WWE championship, just as Ryback appeared poised for the win, he was taken out by a trio of black-clad newcomers, three guys whom the average wrestling fan has never seen before but who’ve been on the radar for some time: Seth Rollins, a pretty-boy five-tool guy,1 a Bryce Harper of the pro wrestling set who’s so good it’s hard not to resent him; Dean Ambrose, who’s often considered the second coming of Brian Pillman, a natural talker and an understated but brilliant in-ring performer; and Roman Reigns, a Greek statue of a guy and a Samoan wrestler who is shockingly being presented as a post-racial character. This triple debut caps off a year for WWE in which elevating new talent was as central as promoting the main-event story line.

Let’s not get too carried away here. The Rock will be wrestling at the Royal Rumble and WrestleMania, Brock Lesnar will probably be back, and Punk and Cena aren’t going anywhere. But the elevation of Rollins, Ambrose, and Reigns at the tail end of a particularly fruitful year of developing talent makes this a perfect opportunity to gauge WWE’s handling of its young wrestlers and to set expectations for the rookies.

The biggest debuts so far this year have been “The Funkasaurus” Brodus Clay, Ryback, Antonio Cesaro, and Damien Sandow.2

And what about the three new guys who ambushed Ryback at Survivor Series? What can viewers expect from them? Allow me to speculate.

Despite the fact that announcer Michael Cole blithely referred to Rollins, Ambrose, and Reigns as “NXT competitors” when they appeared Sunday night, most fans aren’t familiar with this crop of NXT wrestlers because NXT isn’t even on American television.6 (Also, they’re not really “competitors” in the sense that wrestlers on the previous iteration of the show were.) But WWE fans will be familiar with this trio soon enough.

Monday night, when Punk was in the ring celebrating his one-year anniversary as WWE champ, Ryback tried to intervene, but the NXT crew appeared and again put Ryback through an announcers table.7 It’s a clever booking move: They’re not headlining so soon that people will complain (as some did when Ryback shot straight to the top of the WWE star system). Instead, Rollins, Ambrose, and Reigns seem to be dragging Ryback away from the main event, grunting and screaming, which would both certify the newcomers as top-tier characters and correct the Ryback-as-title-contender-while-Cena-heals contretemps. They’ll save Ryback from inevitable burnout and, hopefully, save fans from it too. If that works out, these new guys just might work out.

With any luck, these three are harbingers of a fully revived developmental system. Other guys working in NXT could be populating our television screen before long. I’m giddy about the potential for Bray Wyatt, formerly Husky Harris (and son of Mike Rotunda), who’s working a creepy nouveau Waylon Mercy act.8 Richie Steamboat — yes, the son of Ricky “The Dragon” — is just about as good as you’d expect him to be and he may be on the next tier of the call-up list. Big E Langston will inevitably get a huge push, just as the Twittering masses will inevitably refer to him as “Ryblack.” Kassius Ohno — formerly Cesaro’s Ring of Honor tag-team partner — is straight-up incredible if you can overlook his unspectacular physique. And you can read all my high expectations for Paige over on the Grantland fanfic page.

But seriously, for the first time in a while, the WWE future — by which I mean the future past next month’s pay-per-view — seems really bright, and it’s not just because some of these guys might become all-time greats. The big deal is that WWE really appears to be committed to developing its full roster, when previously the company seemed primarily concerned with finding the three or four megastars who would dominate the championship picture.

You know that moment in a match when the good guy is getting beaten down and he starts to make a comeback and the crowd goes absolutely apeshit? In wrestling lingo, that’s called a “hope spot.” It works for storytelling, too. When fans feel beaten down by the same monotonous narrative patterns, they’ll sit on their hands. But give us a reason to hope, and we’re right back into it.