Ten thoughts on this:

So the Sixers lost back/ back by 45 and 43 points. Their combined 88 point margin of defeats is the 3rd biggest NBA history over 2 games.

1. Everybody loves the 76ers. We loved them when Brett Brown looked at Spencer Hawes, Evan Turner, and Thad Young, and said, “I treat them like Timmy, Tony, and Manu … I have empowered them.” We loved them when they turned the world upside down and forced us to write this 3,000-word emergency shootaround. But now the real show begins. Spectacular tanking is why we’ve loved them all along. The kind of tanking that empowers Hawes to be Duncan, and Tony Wroten to take 20 shots a game.

2. The Sixers have lost their last two games to the Clippers and Warriors by a combined 88 points, and both games saw them down 45 in the second half before benches were emptied. At one point Sunday you saw consecutive plays with CP3 throwing it off the backboard, then Blake Griffin dribbling behind his back before an alley-oop … This is some Washington Generals shit.

3. What we’ve seen the past two nights is really just scratching the surface, too. If this team trades Turner, Hawes, and Young, suddenly the team revolves around Michael Carter-Williams, James Anderson, and Lavoy Allen. Fear the tank. 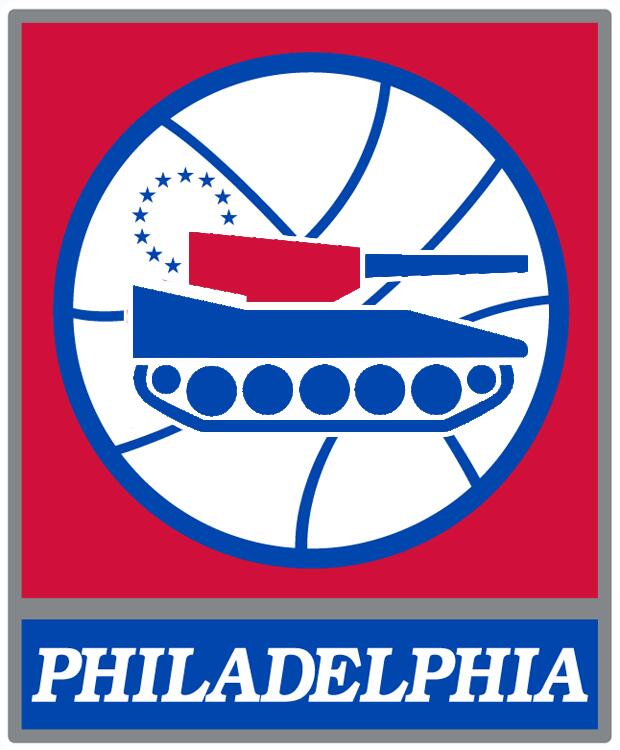 4. They have to trade those guys, right? It’s one thing to turn your real NBA roster into a D-League affiliate, but it’s another to force guys like Young to just sit there and watch it all happen. Show some humanity, Sam Hinkie. Do the right thing.

5. The highlight of the Warriors game was former Sixer Marreese Speights getting the green light all night, leading to a career-high 32 points and M-V-P chants at the end of the game. When you’ve turned Speights into an MVP, there are no more tanking mountains to climb. That’s as good as bad gets. And no one in Golden State will ever forget Marreese Speights MVP night. 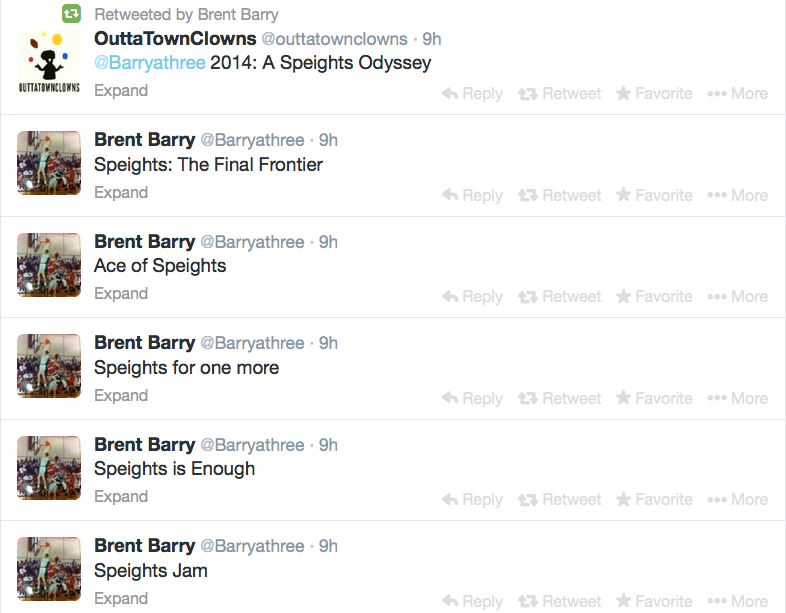 This is what happens during the second half of a 40-point game.

7. It’s just so sad Nick Young isn’t here to see all this.

8. “You just look up at the scoreboard and see a lot of points. I really don’t know,” Turner said afterward. This is what the Sixers have made themselves. That’s what this little girl has to live with. HOPE YOU’RE HAPPY, HINKIE. 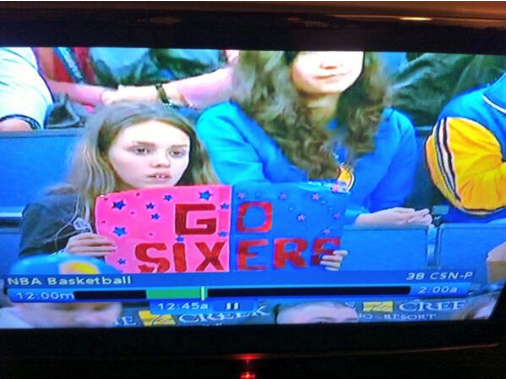 9. My roommate is a Sixers fan. His reaction:

Lots of deeeeeeeeep sighs from the Sixers tonight. This is like, re-evaluate your life shit right here.

This is what rock bottom looks like. You think you’ll be fine with the losing, but this is a whole other level. This is extreme tanking, and it’s not for everyone. Pray for Philly the next few months.

BONUS: The Sixers will get headlines today, but in the shadow of Philly’s blowouts to good teams, the Bucks lost by 16 at home to Phil Pressey’s Celtics last night. Always remember: No matter how bad other teams get, Khris Middleton’s Bucks are kings of this tanking life. Then you’ve got the Jazz, the Magic, the Kings, the Lakers, the Celtics … and Philly, of course. The next few months are gonna be so much fun.