In the third inning of a late-September game in Denver, after hitting a sharp single with two outs, Francisco Cervelli took his lead off first and got a little greedy, drawing a throw from the pitcher. It was a minor moment in the slow accumulation of a season, not noted even in the box score. But it suggested something about the season, the way a fallen leaf suggests fall. The throw came behind Cervelli — he was caught. He took off for second, looking dead as a duck. Cervelli, the Pirates’ catcher, runs like a man who spends the better part of his day in a squat. But the Rockies’ first baseman, Wilin Rosario, bobbled the ball. Cervelli slipped into a slide and popped up safe. He looked toward the dugout, shrugged, pointed to his head (all part of the plan!), and then wiggled his fingers by his hips, like twinkle toes.

The play was ruled a balk — but who cared? Cervelli stole a smile. A few minutes later, on a broken-bat single, he was chugging around third, steaming home. He should have been the third out of the inning; instead, he stretched hard, puffed, and scored.

The Pirates would win that game, part of a stretch of eight straight. The next night, September 23, they clinched a spot in the postseason.

But to what end? We’ve known the likely outcome for weeks. The only team with a better record sits above them in the division standings, which means the Pirates have to play a one-game wild-card playoff against the Cubs, which means facing Jake Arrieta, which means certain and sudden death. Arrieta, who one-hit the Pirates last Sunday. Arrieta, who has given up four earned runs in the past nine weeks. Arrieta, whose name is wielded against Pirates fans like a curse. Arrieta, a synonym for cyanide.

Pittsburgh boasts one of the best outfields, best bullpens, and best rotations in the game. The Pirates have pitching talent to spare, Andrew McCutchen, Starling Marte. They have young players and old ones, phenoms and steady contributors, homegrown talent and one particularly fantastic international star. The front office is savvy with stats, and it’s built a team that is balanced. And to show for it, the Pirates have the second-best record in baseball — and the best for most of the season, following a dismal first month and a half. But the Pirates don’t have a great chance of making it into the division series, let alone playing for the World Series.

You don’t have to be a Pirates fan to think there’s something a little unfair about this. Of course it hurts extra if, after 20 years of insult, ignominy, and abject failure — in which your best finish was 79-83 — you now face the prospect of watching your lovable Buccos sunk at the outset, only a year after being Bumgarnered in last year’s wild-card single-elimination game.

Besides, who says the Pirates are so unlucky? They play with outlaw magic. Nothing is justified. 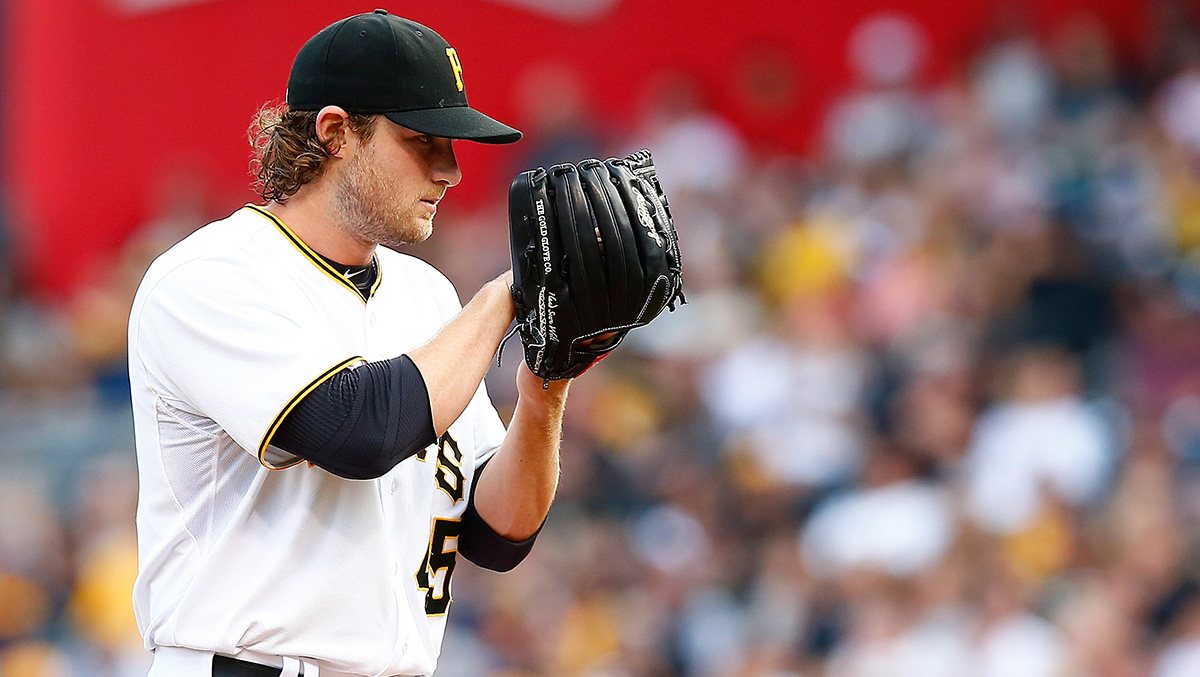 A.J. Burnett should have been finished, riding out an old man’s fond farewell tour. He has played for 17 seasons, a good career. He keeps it simple: two-seam fastball, a nice off-speed pitch that breaks backdoor. Last year, across the state in Philadelphia, he went 8-18 and, in 34 starts, gave up 109 earned runs. This year, at the age of 38, he posted an ERA of 2.11 through the first half of the season and made the All-Star team for the first time.

When Burnett went on the disabled list at the end of July, the Pirates got J.A. Happ from Seattle for an already-forgotten minor league pitcher, and the unheralded Happ played like a man possessed by the ghost of Warren Spahn. Happ has been frighteningly efficient; against those pesky Cardinals on Wednesday, in six innings, he gave up one hit and threw 56 pitches — and 43 were strikes. For Pittsburgh, he’s posted numbers that would make him the ace of any other team. But on this one, he’s at best the third option, after Francisco Liriano and ace Gerrit Cole.

This is the story of the Pirates: expectations are exceeded; the flipped coin lands heads every time. The Korean star Jung Ho Kang arrived as a risk — 28 years old, his ceiling hit but its level unknown. He quickly became one of the most electrifying players on a team full of them. When he went down writhing in pain and clutching his knee after absorbing a hard slide in mid-September, it was the kind of capricious punishment meted out by cruel gods. Closer Mark Melancon recorded the first 50-save season in team history. In one stretch, Pirates relievers won 19 straight games. That’s not reliability; that’s a joke.

But this is the story of Cervelli. Cervelli was only supposed to be good enough. When Russell Martin, one of the best defensive catchers in the game who, with the Pirates, turned out to be a force at the plate as well, signed a five-year, $82 million contract with the Toronto Blue Jays during the offseason, the Pirates picked up Cervelli from the Yankees. He was cheap — he’s being paid less than $1 million this year — and known as an excellent pitch framer. The Pirates have a weakness for excellent pitch framers.1 But that was about the extent of the hope. Cervelli was also known as a mediocre defensive catcher and a weak bat. He came into the season with a career 4.1 WAR (without factoring in his pitch framing), compared to Martin’s 29.9. And more problematically, he had a history of injury: a broken wrist, foot problems, concussions, a fractured right hand, a bad hamstring. He missed 50 games in 2013 and 2014 after being linked to the Biogenesis PED scandal.

So it was no surprise that Cervelli has been able to work with the Pirates’ pitchers, nipping all those sliders and sinkers into the strike zone. But Cervelli has turned out to be more than a bargain — he’s become one of the team’s best hitters. He’ll finish the season with an average near .300 and a BABIP around .363, good for 10th-best in the league. And he’s brought a delight factor that’s in the stratosphere.

On Wednesday, the Cardinals intentionally loaded the bases to get to him. He swung, stretched into his full power, and then puffed up his cheeks as he watched the ball sail into the stands for his second career grand slam.

We could call the front-office guys prophetic, and maybe we should. GM Neal Huntington and his team play wise with their money, test the numbers and trust them, know the limits, take the right risks. We could call a few of them geniuses, and some do. They have good coaches, searching scouts, smart strategies. There are good vibes in the clubhouse, a lack of overt anxiety, a lot of high fives and grinning at luck. They’re on to something. But I can’t shake the sense that they’re getting away with something, too.

And why not? Joy seems to come a little easier to Pirates. In life, you can’t count on too much. Might as well steal a smile and run.