It’s possible to live in one of the nicest apartments in New York City and still have a view of a brick wall. The subway runs 24 hours, which means there’s never a time of day that someone isn’t hot-stepping pathetically down the stairs, about to just miss a train. If you love a bodega, it will turn into an ATM lobby; if you get along with a neighbor, she will move uptown. There are hundreds of restaurants and umpteen sports teams, and at any given moment a lot of them are not doing so hot. New York has a true embarrassment of riches; right now, just about every one of its major professional athletic franchises is just plain embarrassing in one way or another.

The Mets outdo any attempts at performance art. The Jets have gone through quarterbacks the way the Knicks cycle through general managers. Even if you extend the metropolitan borders to encompass the New Jersey Devils and both teams from Buffalo,1 the situation is equally grim. Since New Yorkers are a famously competitive and status-obsessed people, I figured I’d determine which team can be crowned Bleecker Street’s Bleakest. This is not a historical survey, but rather a current-day, snapshot-in-time power ranking of the powerless. Here, a look at the biggest Drags of New York, ranked in descending order from delight to despair.

Which we are not doing. 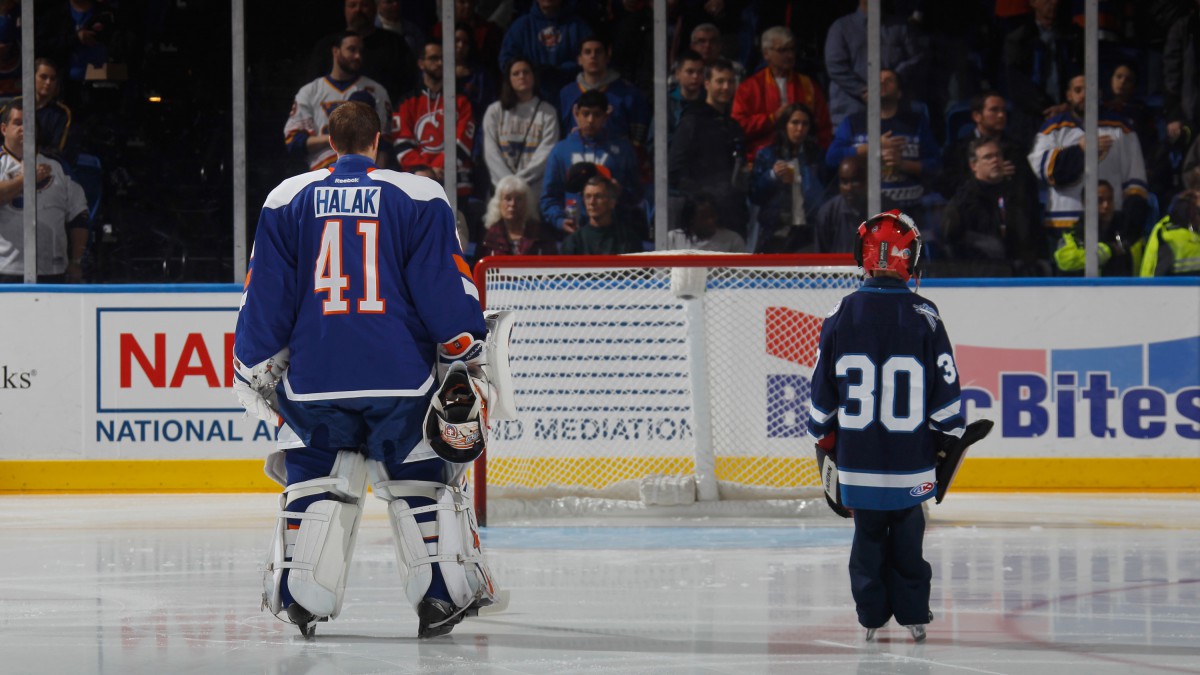 Good Enough to Break Your Heart

Hovering near last place was a familiar position for the dear, sweet Islanders for so long that it’s surprising to find them at the bottom spot of this particular ranking. But as things currently stand, they’re easily the least depressing team in the tri-state area. What’s especially thrilling to long-suffering Islanders fans is the team’s concentration of youth. Three of New York’s top four scorers, John Tavares, Brock Nelson, and Ryan Strome, were born in the 1990s.

This season’s success has been bittersweet, however, as it’s the Isles’ final year in their much-maligned but secretly beloved Nassau Coliseum. (They move into the trendy — but non-hockey-optimized — Barclays Center next season.) Already the Nassau reminiscences have begun to flow. And that’s not the only cloud on the horizon; in the past week, a number of key players, including three defensemen, have been sidelined with injuries. Still, none of New York’s other teams present any challenge to the Islanders’ status as the city’s worst worst team.

Bleakest moment: When a happy Islanders fan rang up Mike Francesa the other day to celebrate and was told to call back in a few months.

It’s true! If the playoffs began today, the 8-11 Brooklyn Nets would squeeze their way in as the eighth and final seed! This isn’t exactly an impressive thing in a woeful Eastern Conference, but it’s also more than any other NYC team, save for the Islanders, can say about its current postseason chances.

The Nets also played host to the duke and duchess of Cambridge on Monday evening, an exciting thing, to be sure. In the days leading up to the couple’s arrival in NYC, the royal handlers made it known that slovenly American attire would not be tolerated in their presence. It’s a good thing this edict was softened days later, though, because (a) have you ever seen sportswriters? and (b) LeBron James totally didn’t wear the prescribed “smart attire” of “jacket and tie” upon meeting Will-n-Kate. I’m sad he changed out of comic sans, though.

Bleakest moment: Losing last night by 22 to Cleveland in front of British and American royalty. (Jay and Bey were there too.)

The Rangers made it to the Stanley Cup final last season, but this year the team has gotten off to a start that’s seen squandered leads, serious injuries, and nearly as many goals surrendered as scored. For every positive, like Rick Nash’s productive season or Marty St. Louis’s setup plays, there’s an offsetting setback: Chris Kreider, with a hurt neck, is the latest to be sidelined.

Monday was typical of their state of affairs. They blew a 3-1 lead to Pittsburgh and won the game in overtime when Kevin Klein scored the game-winning goal. Of course, he also almost lost an ear in the process. It’s been that kind of season.

Bleakest moment: Being on the unfortunate end of this highlight reel goal. 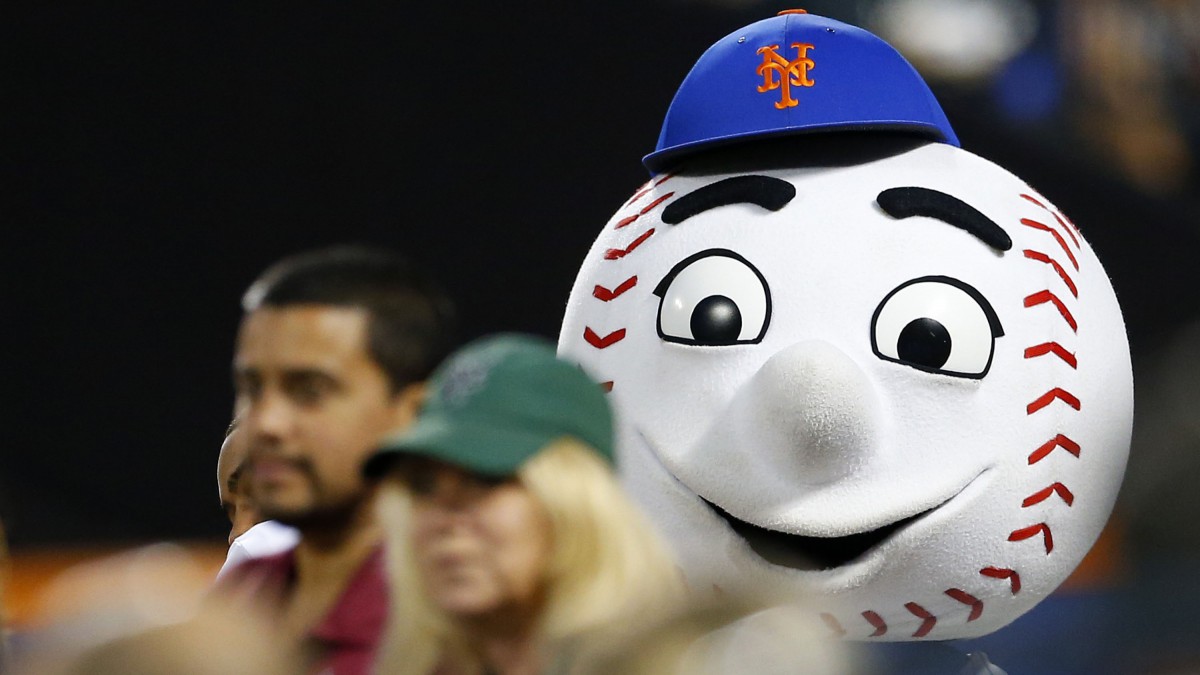 This is not a contest of the most historically upsetting New York franchises, alas, or else the Mets would have a real shot at glory. “The Mets are bleak in a different sphere,” Bill Barnwell recently sighed to me. “They’re bleak on an institutional level.”2

This is true: The Wilpons’ connections with Bernie Madoff are one big sad trombone.

At the moment, everyone is waiting for Matt Harvey to return — but in his absence a number of young pitchers, like Jacob deGrom, stepped up. In a campaign where they were expected to outright crumble, the Mets finished with a respectable record. As the Yankees continue to fall to pieces, the Mets seem to be actually building something interesting.

Bleakest moment: Waiting for the inevitable chronic and/or career-ending injury to Matt Harvey. (Is it just us or is he looking, uh, rounder?)

Dark days for you Yankees fans out there. Derek Jeter is gone, A-Rod might be back, the closer position is now open, and no one is remotely interested in sympathizing with your plight. 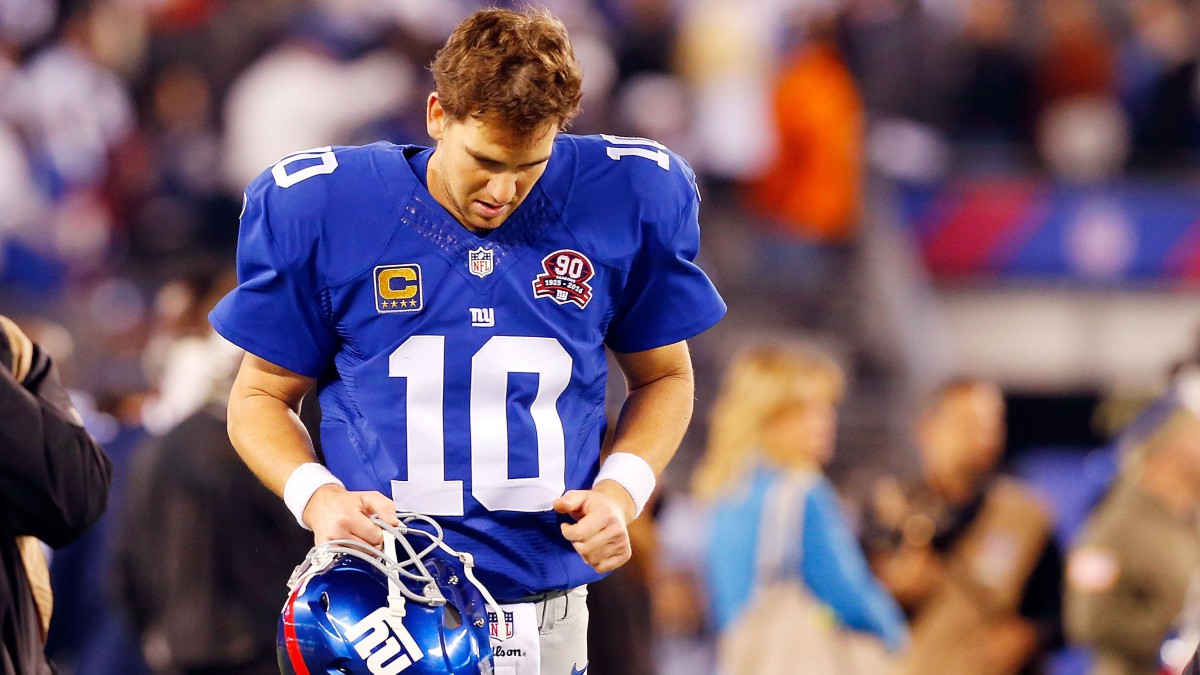 Testing the Limits of Unconditional Love

It’s weird to know you’re witnessing the beginning of the end of an era, the sunset of a coach-quarterback combo that has been in place for a decade. It’s unlikely at this point that Tom Coughlin will captain the New York Giants next season, and people got super jumpy on Sunday when, following a rare win, Eli Manning was slow to emerge from the trainer’s room after the game.3 This Giants season has been the kind that necessitates contemplation of an uncertain future. It has been the very picture of bleak.

Manning clarified on WFAN Monday that he “didn’t think about it much, I just kind of hung out there a little bit longer. I was celebrating, kind of laughing with the trainers and some players were in there just kind of talking.”

I know what you’re thinking: The Jets oughta be no. 1! Can’t they at least have this one victory? Indeed, you could be forgiven for having Rex Ryan levels of misplaced confidence in the team’s potential to come out on top. The Jets are 2-11 this season after this weekend’s overtime loss. They are a living, breathing embodiment of the ol’ “if you have two starting quarterbacks, you don’t have one” chestnut. Geno Smith is regressing all the way back to childhood before our very eyes. I just went to the team’s “NEWS” page on NFL.com and the four most recent headlines are:

Jets veteran: Management has quit on us

Another glorious season for Gang Green! But still: There are only a couple of more games before someone makes all the bad men go away and the Jets are bad enough that they have a legit shot to draft first overall, which at least provides a welcome distraction. I won’t go so far as to say there’s a light at the end of the tunnel, but at least the dirt walls have temporarily ceased caving in.

Bleakest moment: Every word of this press conference.

Look, everyone knew this was gonna be one of those seasons. When Carmelo Anthony contemplated bouncing this summer — and he sure has taken great care to make sure we didn’t forget — it became clear that, with or without him, the cap-strapped Knicks would be enduring quite a year of transition until they gained better flexibility4 at the end of the season. But between the NBA’s coaching Whac-A-Mole and the arrival in New York of Phil Jackson (and everyone’s endless chatter about his triangle offense), we seemed to forget just how bad the Knicks were expected to be.

It’s now easy to remember. This has been a dismal season for the Knicks, one so bad that the Philadelphia 76ers, who took more than a month to earn their first win, now stand only a game back of the blue-and-orange. (The only good news for the Knicks is that, by some miracle, they actually have a first-round draft pick this season.) And while Jets fans are just a few weeks away from being able to wash their hands of their team, Knicks fans have the added drudgery of knowing there’s still a long, bad season ahead.

“It’s about a loser’s mentality,” Phil Jackson said on Monday. “It’s not about the skill or the talent level.” Well, when you put it that way …

Bleakest moment: MSG officials forcibly removing a Nets fan with a prosthetic leg from the arena; Melo wearing this hat.