Able to Leap Tall Germans in a Single Bound

Chris Ryan: The second game of this Dallas-Houston series was defined by reclamation projects — players who had come to Texas for a fresh start. Guys like Josh Smith and Rajon Rondo. I just kind of forgot that Dwight Howard was one of those reclamation projects, too.

Stand up on your desk if you thought Houston was gonna be in trouble when the Donatas Motiejunas and Patrick Beverley injury news broke last month. 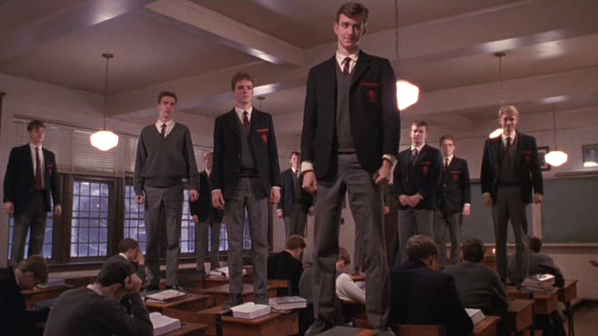 That’s what I thought. After Howard played only half of the regular season, and looked rather regular when he did play, nobody knew what to expect from him in the playoffs. Would he be healthy? Would he be rusty? Could he fit in with the 3s-and-frees Houston offense? Coming into this series, Howard was a forgotten man — an afterthought for a team that revolved around James Harden.

Now we remember. Despite getting into early foul trouble, Howard looked spry in Game 1. In Game 2, he looked like the asteroid from Armageddon.

Dwight had 28 points, 12 boards, two cacophonous blocks, and managed to go 8-of-11 at the stripe, so hack this. On a seemingly endless series of 4-5 pick-and-rolls with his FORMER AAU TEAMMATE1 Josh Smith, Howard flushed everything in orbit. The Rockets had 14 dunks last night and Howard had all 49 of them.

All caps, in case you missed the three dozen mentions of this fact on last night’s broadcast.

Dwight Howard is never going to be cool, and he will only ever be Blart-level funny, but if the sum total of his basketball responsibilities is to stay healthy and play like peak Tyson Chandler, then the Western Conference better get themselves to a storm bunker as quickly as possible.

A Note on Breakfast Defection 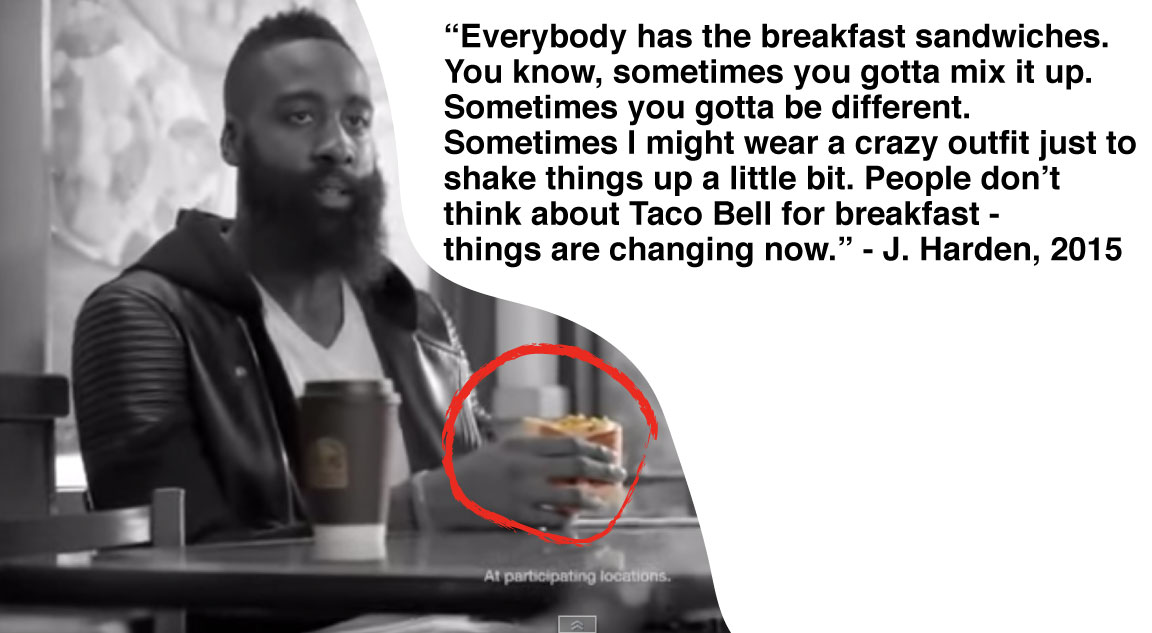 Kirk Goldsberry: I’m confused about the geography of James Harden. For someone who grew up in Southern California, went to college in Arizona, and now lives in Texas, I think it’s weird that Harden is just now discovering the idea of putting eggs in a tortilla for breakfast. Anyone who has lived in any of those places knows that hungry folks who put eggs, cheese, bacon, and maybe some salsa in tortillas aren’t called “Breakfast Defectors” — they’re called people eating breakfast. Now, I’m sure the “A.M. Crunchwrap” has its merits, but to say that “it has its own swagger to it” is just too much.

Is Rondo throwing this game because he's friends with Josh Smith and Dwight Howard? Or just because he's an asshole?

The Self-Destruction of Rajon Rondo 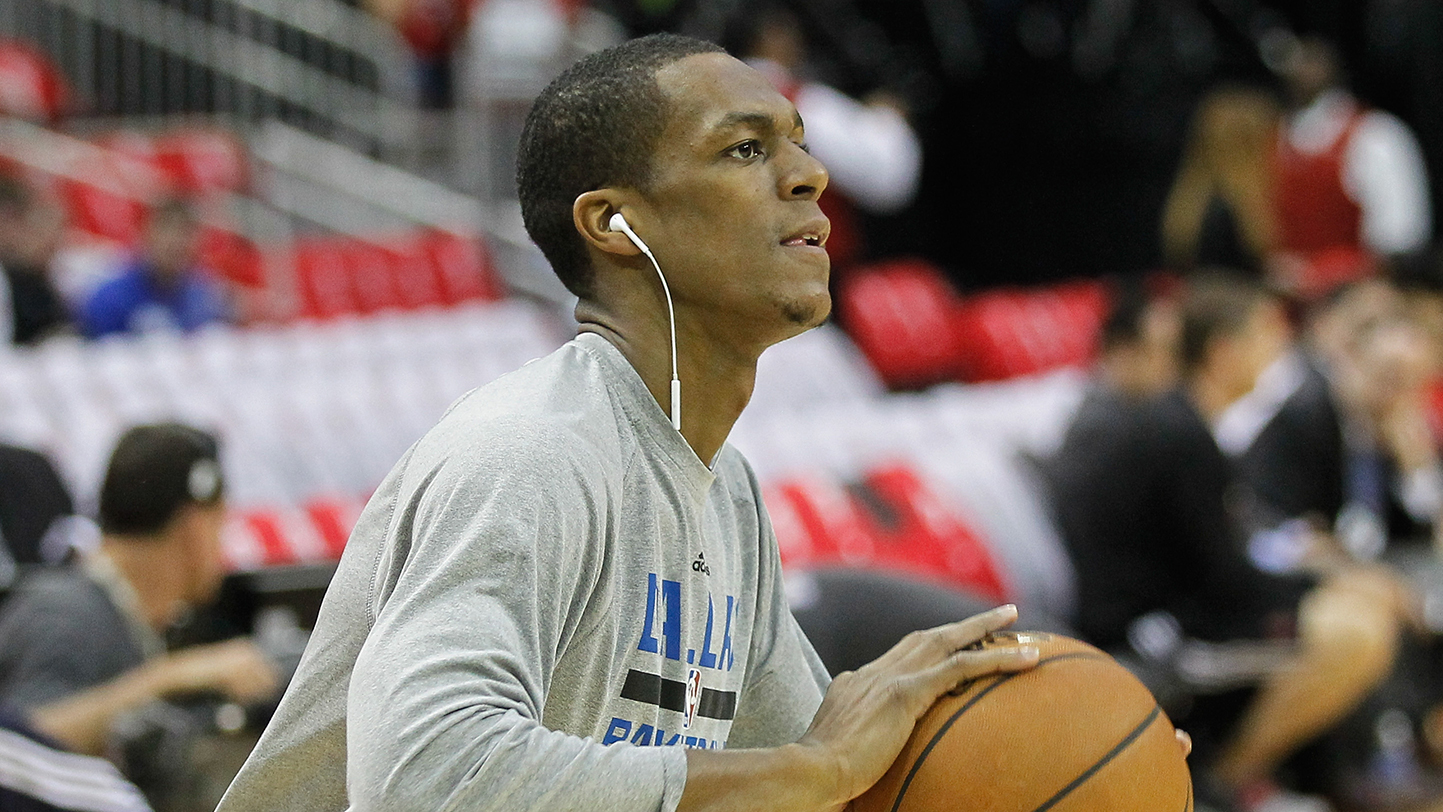 Ben Detrick: When the Mavericks acquired Rajon Rondo from Boston in December, it was supposed to be for moments like last night. Facing a potential two-game deficit against an intrastate rival with a bucket-dumping guard, Dallas needed an appearance from the unflinching, diamond-eyed extraterrestrial who rang up 29 points, 18 rebounds, and 13 assists against LeBron James’s Cavaliers in the 2010 Eastern Conference semifinals. Instead, they received an envelope of unidentifiable goo.

Even after a (half) regular season in which it was obvious that Rondo’s skill set was poorly suited for the Mavericks’ gorgeously whirring offense, last night’s effort was remarkable for its slothful joylessness: In 10 minutes, Rondo contributed as many points as fouls (four), and as many assists as unforced eight-second violations (one). His evening was distilled over several seconds early in the third quarter: He committed a foul against James Harden, unsuccessfully attempted to kick the ball, earned a tech for shoving Harden, and fouled Harden on a 3-point attempt. Rondo was immediately benched and never returned. Instead, Dallas welcomed 33 minutes, 5-of-14 shooting, and four turnovers from backup J.J. Barea, better known as that short dude at the playground whom you equally hate playing with or against.

It appears that the Rondo Experiment in Dallas is done. Fortunately, his retrograde game will fit in perfectly with the vintage offensive systems creaking along in New York and Los Angeles.

This is basically the last shot of The Searchers. 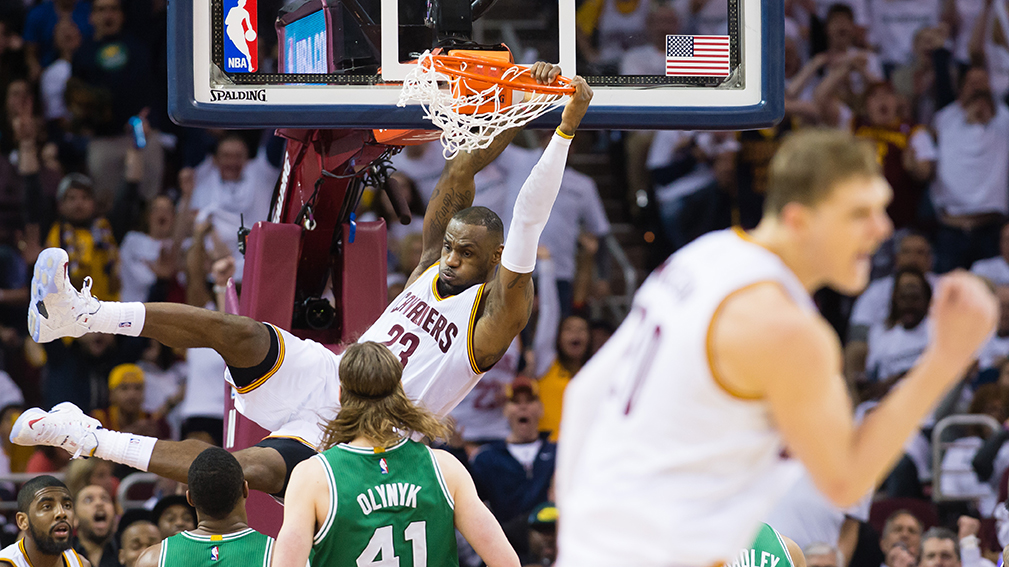 Jason Concepcion: What makes the playoffs at once so exciting and so embittering, and what I think we mean by “playoff intensity,” is the conceit that the win-or-go-home format reveals the true natures of the participating teams. Frailties are exposed and mercilessly exploited, like when a boxer works on a cut above an opponent’s eye. Possessions become scarcer and teams lean on their strengths. Those strengths either crumble under pressure or become the foundation of a championship run. Sometimes, as with the Cavaliers and the Celtics, we get to discover what a team is really about, right along with the players and coaches involved.

Boston is a hodgepodge of young guys of varying promise. The Celtics have one player, in Isaiah Thomas, who can create his own shot; one player, in Evan Turner, who should stop trying to create his own shot; and a coach, in Brad Stevens, who has somehow crafted a cohesive if overmatched team out of the pieces. The recipe is there, just not the ingredients. Theirs is an insurgent campaign — muck up the game with physicality and speed, and avoid decisive confrontations with Cavalier big guns.

It works. A bit. For a little while.

Part of why it works at all is that, for as talented as the Cavaliers are, you still get the feeling that they don’t quite know who they are yet. LeBron spent the first half of Game 2, much as he has all season, as a steadying presence, coaxing his less-experienced teammates into the game, clearly still engaged in Project: Make Kevin Love Comfortable.

“I’ve been in this moment before. A lot of our guys haven’t,” James said after Game 2. He took eight shots in the first half, with Boston leading much of that time, before pushing down the pedal in the fourth quarter, letting off nine shots and hitting six. James finished with 30 points, nine rebounds, and seven assists — four of which came in the first quarter.

As scrappy and well-coached as the Celtics are, LeBron could flex-bomb as soon as the tip goes up, which, in tandem with Kyrie Irving’s already impressive play (30 points in Game 1, 26 in Game 2), would surely put an end to these slow Cavalier starts. In the 2013-14 playoffs, LeBron averaged about five and a half shots in the first quarter of games. He’s attempted five total first-quarter shots in two games this playoffs.

I can’t wait to see what the Cavs look like when and if they ever figure out who they are.

That was a playoff win. That wasn’t winning that feels like losing. That was domination. I was in my living room speaking in tongues by the third quarter. When John Wall pulled off that block-into-an-and-1 sequence on Lou Williams, I think I started levitating.

Part of it was the Raptors, definitely. After a phenomenal crowd helped them open up a 10-point lead in the first quarter, their offense went cold, their defense turned into a disaster, and the Wizards spent the next 40 minutes tearing them to pieces.

But it wasn’t just the Raptors. What began as an obvious letdown game turned into the most legitimately awesome performance the Wizards have had since early January. Bradley Beal bounced back from Game 1 to score 28 points. Every time they needed a bucket in the second half, he was there. When it was time to talk trash at halftime, he was there. Wall had 26 points and 17 assists, and he was even more impressive than those numbers. Otto Porter, left for dead by the side of the road for most of the last two years, not only shut down DeMar DeRozan, he added 15 points and nine rebounds.

It was just one game.

But it was so great. It’s like the first quarter happened, and everyone remembered why this Wizards team has been so miserable to watch. Then the rest of the game reminded everyone what this team can be.

It was, in every sense, a Wizard Party.

I didn’t think I’d ever be able to use that GIF again with Randy Wittman in charge, but here we are. Up two. Not bad. Feeling good.

Paul Pierce shouting on the way to the locker room after #wizards Game 2 win: "I don't want to go through customs no more."

He the North (He the South)

Goldsberry: If you want to pinpoint the stretch where the Raptors’ playoff hopes started self-medicating, look no further than the last two-thirds of the third quarter last night. That’s when John Wall and the Wizards absolutely obliterated the small amounts of optimism that still remained in Ontario. The Wiz led, 63-61, with 8:36 left in the third. By the time the quarter ended, they were up 97-75. Within that ridiculous stretch, no sequence epitomized the dominance more than this one, in which Wall took Lou Williams’s sixth-man-of-the-year award and smashed it on the left block before going down the other end and pouring salt on the wound.

If that wasn’t bad enough, on the very next Wiz possession, Wall dusted off his favorite elbow-to-weak-side corner-pass-for-a-corner-3 assist to Ramon Sessions, and he followed THAT up with a 3 of his own.