Barring a miracle of zero-percent-odds-busting proportions, the Giants will not repeat as World Series champs this year. Of course, 2015 isn’t an #EvenYear, so we probably should have expected some disappointment by the Bay.

The good news? Although they won’t make the playoffs — absent another, slightly less miraculous occurrence — the Giants are still likely to finish with a winning season. But beyond the feel-good vibes from an over-.500 record, the wheels are already in motion for San Francisco to make a leap in 2016 — and not just because it’s a four-digit number evenly divisible by two.

The Major League Roster Is in Pretty Good Shape

We covered the around-the-horn combination of Brandon Belt, Joe Panik, Brandon Crawford, and Matt Duffy1 at the All-Star break. Throw in perennial MVP candidate Buster Posey and the Giants boast the best infield in the game.

Not to be confused with The Other Matt Duffy.

Now, there’s been some pullback since then. Crawford is striking out six times more than he walks in the second half; Belt and Duffy have combined for just one homer and 16 extra-base hits over the past month; and Panik might be done for the year because of a lower-back injury. Yet Posey remains an on-base machine and excellent defensive catcher. Belt and Panik remain big-time OBP threats in their own right. And Crawford and Duffy provide some of the most airtight defense you’ll see on the left side of an infield. All five infielders will be under 30 next year (with Panik and Duffy entering just their age-25 seasons), and all of them are under team control through at least 2017. Despite some regression, there’s still no better infield to build a team around.

We’ve seen other impressive young talent emerge, too. Rookie Chris Heston already has a no-hitter on his résumé. While he’s been erratic and lacks swing-and-miss stuff, he partly makes up for it with an elite ground ball rate that should help him improve his results away from pitcher-friendly AT&T Park.2 Flamethrowing 26-year-old right-hander Hunter Strickland has shaken off a nightmarish 2014 postseason and emerged as one of the best relievers in the National League. And of course, Madison Bumgarner remains the linchpin: The 26-year-old lefty, who logged 270 innings last year and almost single-handedly shoved the Giants over the Royals in the 2014 World Series, somehow looks even better this season as the team’s undisputed ace. Oh, and he’s signed to one of the most favorable contracts in all of baseball.

Being fly ball — as opposed to ground ball — heavy can work fine at AT&T, since it’s the toughest place in baseball to hit a home run.

Throw in key veterans under contract through at least next year, such as Hunter Pence, Angel Pagan, Gregor Blanco, and Sergio Romo, along with possible club control for Nori Aoki and Santiago Casilla, and you’ve got a balanced roster that includes ample bats, solid defense, and at least the beginnings of a capable pitching staff.

Reinforcements Are Coming (or Going) 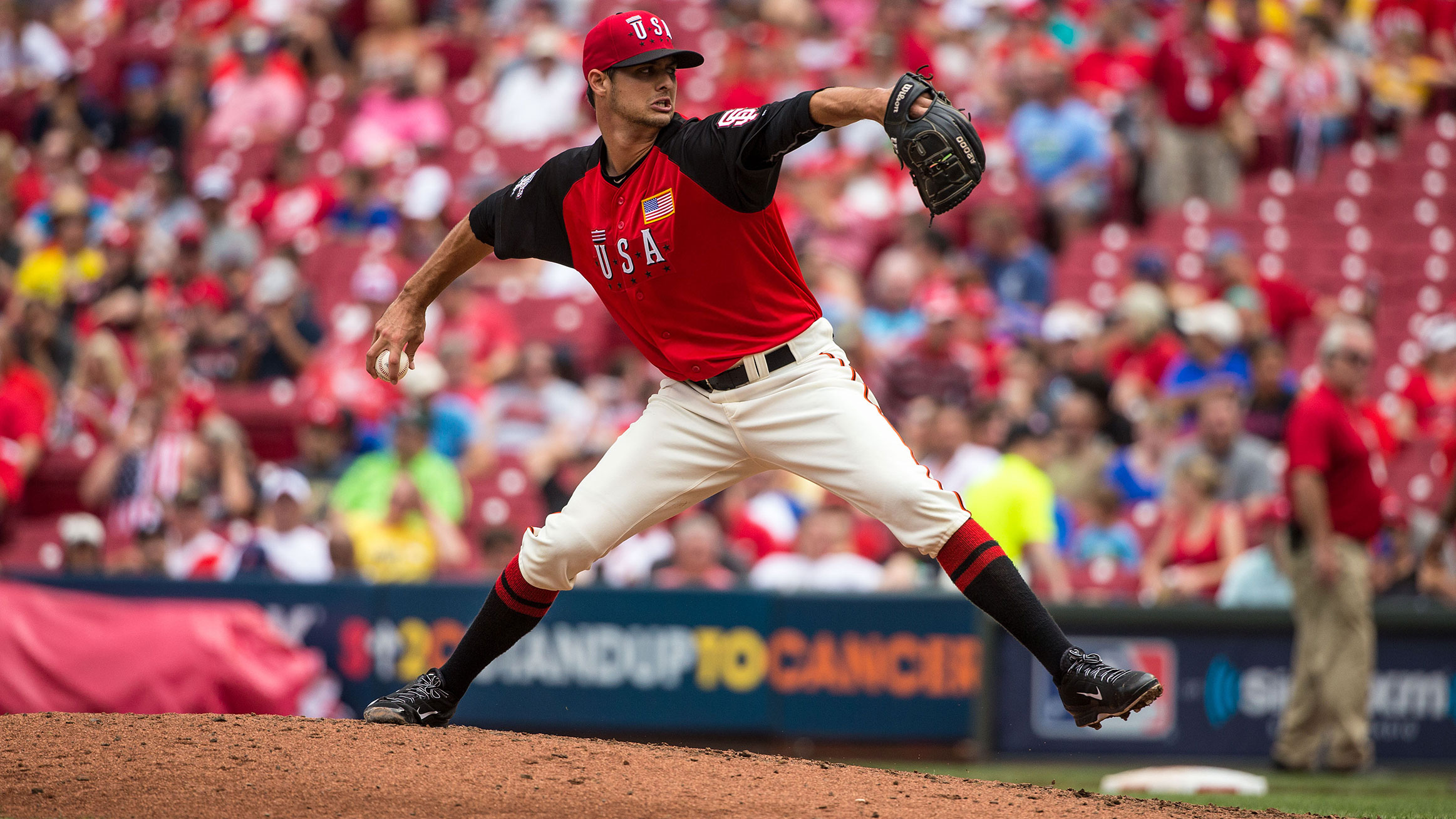 The team once ruled by Tim Lincecum and Matt Cain now has major rotation issues after Bumgarner and the still-inconsistent Heston: Giants starters rank 23rd in both park-adjusted ERA and park-adjusted fielding-independent pitching. Lincecum struggled mightily through 15 starts, is now out for the year with a hip injury, and becomes a free agent at season’s end. Cain spent most of this season on the disabled list with forearm and elbow injuries, posted a 6.15 ERA during the 10 starts in which he managed to get on the field, and doesn’t seem likely to return to stardom given the fall he’s taken over the past three seasons.3 Elsewhere, Ryan Vogelsong is a replacement-level pitcher, Tim Hudson is about to retire, and Mike Leake, who’s been mediocre since coming over in a deadline deal with the Reds, can also test free agency at season’s end.

However, several pitching prospects could soon come to the rescue. Tyler Beede was the 14th overall pick in last year’s draft. He’s already reached Double-A Richmond, where he’s made 13 of his 22 minor league starts this year. Granted, he fared much better at Single-A San Jose, walking just a batter and a half per nine innings, compared to one every other inning at Double-A. Although that walk rate and accompanying 5.23 Double-A ERA are ugly, there’s hope for his immediate future. While at Vanderbilt, Beede was a flamethrower whose fastball sat around 93-96 mph and regularly reached 99, but the Giants ordered him to rein in his stuff. He’s now become more of a low-90s pitcher who throws tons of sinkers and cutters and generates more ground balls. FanGraphs prospects expert Kiley McDaniel sees Beede as a candidate for a back-of-the-rotation job as soon as next year.

Then there’s Kyle Crick. A top-40 prospect according to Baseball America, Baseball Prospectus, and MLB.com heading into Double-A last season, Crick repeated that level this year because of bouts of lousy command. After failing miserably in 11 starts this year, he’s transitioned to the bullpen, where he now features a filthy two-pitch repertoire that includes a 99 mph fastball and a plus slider. He, too, could make the big club next year and bolster a bullpen that’s been leaning heavily on an aging core four of Romo, Casilla, Javier Lopez, and Jeremy Affeldt for years.

As for others who could join the big league club in 2016? Here’s a list: setup man Steven Okert (currently at Triple-A), Clayton Blackburn (a potential no. 5 starter next year), Ray Black (has hit 102 mph on the radar gun but is injury-prone), and Mac Williamson (a potential fourth outfielder already at Triple-A).

When it comes to players who could help the club further down the road or function as immediate trade assets, the Giants are similarly well-stocked. Middle infielder Christian Arroyo, San Francisco’s top pick in the 2013 draft, will open next year as a precocious 21-year-old at Double-A. McDaniel also likes 2015 draft picks Phil Bickford, Jalen Miller, Chris Shaw, and Andrew Suarez as either intriguing possibilities for the Giants a few years from now or offseason trade bait since MLB has eliminated the Pete Incaviglia rule.4

The Giants probably won’t trade top July 2 international signing Lucius Fox anytime soon, because he’s a big talent and the biggest investment the Giants have made internationally in a while. He also seems destined to pose for a viral photo with Morgan Freeman one day, so they must take that into consideration, as well.

With all of those prospects waiting to be called up — or traded for MLB-ready pieces — the 2016 Giants have the makings of a team with some excellent depth. And that’s before we even get to the financials.

Heading into next season, Jake Peavy at $15 million is nobody’s idea of a bargain. Matt Cain at nearly $21 million is even worse.5 But beyond that pricey pair, the Giants have just $70 million committed to the rest of the roster for next season, bringing their total payroll number to $116 million, which is far below this season’s $171 million. San Francisco will no longer have to pay Lincecum ($18 million) to pitch poorly, Hudson ($12 million) to barely pitch at all, or Marco Scutaro (nearly $7 million) for the right to take 11 at-bats since Opening Day of last year. Even with hefty arbitration raises coming for Belt and Crawford, the Giants will still have lots of money to spend.

Over the next two seasons, Cain’s owed more than $49 million, including the $7.5 million buyout the Giants will surely exercise instead of paying Cain another $21 million in 2018.

Given the club’s history, though, we should temper those big-name-signing expectations just a bit. They’ve never handed out anything remotely close to the $30 million per year it might take to reel in a top-line starter like David Price or Zack Greinke. But there’s still plenty of next-tier free-agent pitching available, whether it’s Jeff Samardzija on a buy-low deal after a rough year on the South Side, re-signing Leake to a long-term deal, or other less expensive options. GM Bobby Evans could also opt to bolster the team’s run prevention by acquiring a top two-way talent like Alex Gordon or Jason Heyward, both of whom are pending free agents. Either way, those lesser payroll commitments give San Francisco the flexibility to look in multiple directions.

They Have One of the Best Managers in the Majors 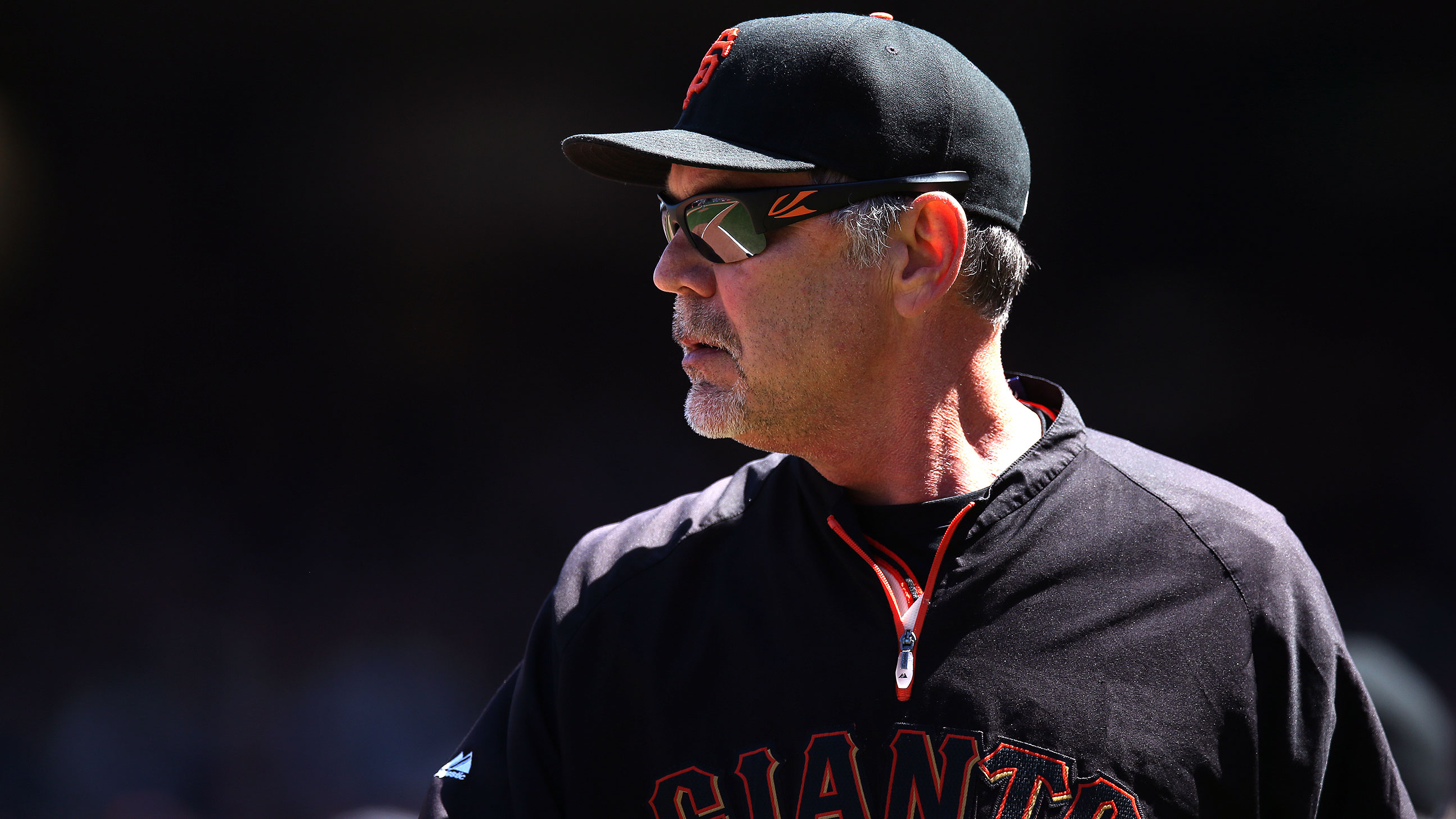 The early buzz has Mike Matheny and his league-leading Cardinals as a favorite for NL Manager of the Year, with Terry Collins and Joe Maddon also in the mix after guiding their teams to better-than-expected results. This is my first year voting for the award, and I haven’t settled on a pick yet, but the traditional narratives around it — find the team with either the most wins or the biggest surprise performance, then give the credit to the manager — are overly simplistic.

By guiding a talent-starved Padres team to several solid results, then leading three good-but-not-necessarily-great Giants clubs to World Series titles, Bruce Bochy has not only solidified his status as one of the best managers in the game, but also as one of the best to ever do it. There’s a real debate to be had over whether managers can suddenly get much better or much worse from one year to the next — or what “better” even means — largely because we don’t have hard stats to figure that out. I will say that Bochy is on my short list, because I believe that great managers tend to stay great from year to year. And for all the reasons to be hopeful about this club in 2016, any team with just one and a half credible starting pitchers should be in much worse shape than the 76-68 Giants.

Awards aside, Bochy’s ability to keep his players on an even keel throughout the long regular season and into the playoffs — in addition to his superior prowess when it comes to handling a bullpen, which is arguably a manager’s most important tactical responsibility — make him a big asset every year.

They Won’t Settle for “Good Enough”

With the champagne still flowing following last year’s dramatic World Series victory, Grantland’s Ben Lindbergh wrote about the sharp year-after pullback that typically comes with winning it all. You can pin some of that on natural regression: Any time a team (or player) performs abnormally well, you should expect a less extreme result a year later. But as Sam Miller of Baseball Prospectus wrote after the Giants’ 2012 title, teams also tend to content themselves with standing pat after winning the World Series, rather than making aggressive moves to get better. The Giants watched Pablo Sandoval bolt for Boston after the parade,6 and they added Aoki via free agency. Other than that, this was a fairly quiet winter for the Giants.

No one in San Francisco is complaining about that one: Duffy might get a few down-ballot Rookie of the Year votes and is making league minimum, while Sandoval signed for five years, $95 million, and has been the worst everyday player in the majors this year.

Don’t expect that laissez-faire approach in the coming offseason. The Giants brass knows it needs to aggressively retool the rotation and hone the rest of the roster. The organization has the cash and prospects to do it, and the World Series afterglow will no longer be there to possibly hold it back from making transformative moves. Call the early anticipation for 2016 whatever you want: the result of baseball’s natural ebb and flow or a payment of respect to the #EvenYear gods. Just don’t sleep on the Giants’ chances next season.