The 2014 regular season is in the books, and the playoffs start tonight. Before we start the postseason dancing, however, there’s one final piece of pre-October business to handle: picking the 2014 MLB awards winners!

Once again, I’m not touching Manager of the Year. A skipper’s value is too tied up in difficult-to-quantify abilities like running a harmonious clubhouse and building confidence and chemistry among 25 individuals. Wins and losses tend to have a lot more to do with the players on the field than with the guy wearing the windbreaker in the dugout.

With that caveat dispensed, here are my picks for the American League and National League MVP and Cy Young awards, plus AL Rookie of the Year honors. Since I have a Baseball Writers’ Association of America vote for NL Rookie of the Year and am thus forbidden from revealing my ballot ahead of the official November announcement, our man Michael Baumann will offer his pick for that category instead.

Many people believe that for a pitcher to be a viable MVP candidate, two conditions must be in place: (1) The pitcher must deliver a truly extraordinary, borderline historic season, and (2) it must be a down year for the position-player candidates. Well, I don’t agree, and I weigh pitchers right alongside position players when I consider the MVP candidates each season. Yes, it’s true that pitchers have their own award, the Cy Young. But it’s also true that the BBWAA specifically instructs voters to consider pitchers and designated hitters as well as position players, so I follow that guidance and make no distinction.

But, what the hell: For argument’s sake, let’s play along with those two stringent standards.

1. Clayton Kershaw just completed a season that was both extraordinary and historic. We can begin with a traditional metric: His 1.77 ERA was the 15th lowest since 1920, the year after the dead ball era ended. However, we know that offense has waned over the last few years amid surging strikeout totals and increased defensive emphasis, so to account for that shifting offensive environment (and for park factors like Dodger Stadium’s pitcher-friendly confines), we can also evaluate Kershaw by ERA+. By that measure, he’s posted the 36th-best season since 1920, topping some vintage aces like Randy Johnson, Tom Seaver, and Nolan Ryan, as well as Kershaw’s own 2013 performance.

Of course, even after adjusting for park and league effects, other factors beyond a pitcher’s control can influence ERA. To account for elements like defense and luck, we can examine Kershaw’s Fielding Independent Pitching, a stat that focuses on the outcomes a pitcher can best control, such as strikeout rate, walk rate, and ground ball rate. Using FIP, we find that Kershaw … still dominates, posting a 1.81 mark that’s the fourth lowest among qualified starters since 1920. If we adjust FIP for park factors,1 he’s tied for the ninth-best season among qualified pitchers in that span.

FIP- adjusts FIP for park effects, then calibrates the stat to run on a scale in which 100 is the average. So a FIP- of 80 means that pitcher was 20 percent better than average, while a 120 would be 20 percent worse.

2. Earlier this year, I explored the pitcher-as-MVP debate and reminded readers that the number of batters top starting pitchers face is typically higher in a given season than the number of times top position players come to the plate. Volume isn’t a legitimate argument for honoring a batter over a starter.

In Kershaw’s case, this is a little sticky: He fell just shy of 200 innings pitched (198.1) and faced a relatively modest 749 batters this season thanks to a disabled list stint that lasted more than a month. However, many of the top NL MVP position-player candidates missed chunks this year too: Andrew McCutchen played in 146 games, Giancarlo Stanton in 145 games, Yasiel Puig in 148, Anthony Rizzo in 140, and Russell Martin in 111.

Kershaw was pretty clearly the best player in the field this year, as he posted historic stats while outstripping his position-player peers. He’s the best pitcher on the planet, and my 2014 NL MVP pick.

After two straight years of looking like the MVP based on advanced stats but losing out to Miguel Cabrera, Mike Trout will likely claim this year’s AL honors with ease. Cabrera suffered a down year, Trout posted his best traditional counting stats (including a career-high 36 homers and 111 RBIs), no other candidate stepped forward with an off-the-charts season, and the Angels rolled to the best record in baseball, making the Halos outfielder the prohibitive favorite to finally win the prize.

The funny thing is this might have been the worst of Trout’s three full seasons in the majors: He got on base less often, stole far fewer bases, and rated worse by advanced defensive metrics.2 Combine that with my belief that team performance shouldn’t be a factor in individual player awards — players can’t control their GMs’ shopping lists — and it’s like I’m practically begging people not to pick Trout.

Although I believe he was better than what the advanced defensive stats said this year, and am reluctant to look at those numbers in anything less than three-year samples.

In the end, however, that’s Trout’s true beauty: Even when he’s not at his best, he’s still the greatest position player in the game.

The same logic that made Kershaw my NL MVP pick thrust some AL pitchers high into the AL mix as well, though if you wanted to scramble my nos. 2-7, I’d probably be fine with that. After Trout, it’s a tight field.

This is the lock of all locks. While the following nugget doesn’t account for park and league factors, and while only the current season goes into consideration for player awards, this is still impressive:

By the way, Kershaw will be the first starting pitcher with fewer than 200 innings pitched to win a Cy Young Award in a non-strike-shortened season. Also, if you’re wondering whether Madison Bumgarner’s terrific hitting helped his cause, the answer is an emphatic “yes.”

Chris Sale was outstanding this season, but he fell short in the end since he pitched 60-some fewer innings than the league leaders. That means the AL Cy Young race boils down to two top candidates: Corey Kluber and Felix Hernandez.

Let’s go to the tale of the tape, starting with the basics:

How about the ballparks? While Cleveland’s Progressive Field has a bit of a reputation as a hitter’s park (dating back to when it opened two decades ago), various park-factor rankings consider it a friendly park for pitchers, just like Seattle’s Safeco Field.

A pitcher’s ERA can also be affected by strand rate, a stat that measures the frequency with which he leaves runners on base, and that can be heavily influenced by factors beyond that pitcher’s control, such as bullpen support or dumb luck. It’s tightly fought here, too: Kluber posted a 78.6 percent strand rate this season, compared to a nearly identical 77 percent figure for Hernandez.

We can also examine each pitcher’s quality of competition to see if either benefited from a softer schedule. Thanks to Elias Sports Bureau, we have weighted OPS figures for the collective opponents of Kluber, Hernandez, and several other top AL Cy Young candidates:

It’s still too close to call, so let’s go to our final tiebreaker: team defense. The Mariners were roughly a league-average defensive team according to Baseball Info Solutions’s proprietary Defensive Runs Saved ranking, at two runs saved below average, and ranked 22nd in the majors according to Ultimate Zone Rating, at 9.5 runs below average. Meanwhile, the Indians were … absolutely atrocious. Per UZR, Cleveland ranked second to last in team defense, costing its pitchers about 82 runs compared to league average. By DRS, the Tribe ranked last in the majors, at minus-68 runs. Kluber managed to excel despite riding a defensive Hindenburg for 34 starts this season.

Sure enough, if we strip out the impact of team defense, we find that Kluber gains a small but noticeable edge over his formidable Seattle rival.

So, after weighing all of those factors, I’m going with Kluber by the slimmest of margins. Now, let’s go live to the press conference to see how the notoriously emotional Klubot is handling the news. 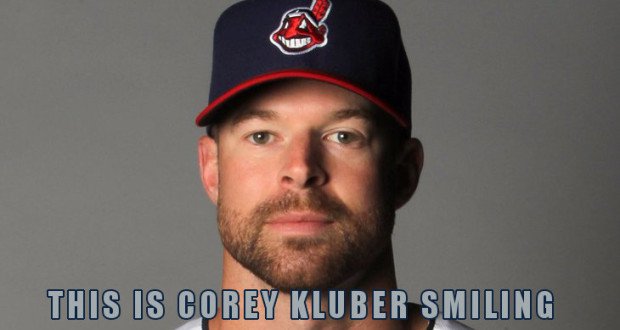 Michael Baumann: Before the season, I’d have predicted this award would go to either Reds outfielder Billy Hamilton or one of the Cardinals’ wonder triplets: Kolten Wong, Carlos Martinez, or Oscar Taveras (I picked Wong). None of those St. Louis players really impressed, even considering their competition. I still have confidence in all three of them long term, but sometimes it takes a while for a player to get his feet under him.

The NL ROY conversation thus boiled down to Hamilton and Mets pitcher Jacob deGrom. Hamilton was the bigger name and played the whole year, while deGrom is a little older, a little less celebrated, and didn’t come up until May. Even so, his 22 starts and 140.1 innings led all NL rookies. And they were good innings, too: deGrom posted a K/BB ratio above 3 and an ERA+ of 130, which is in line with Max Scherzer and Zack Greinke, and he did it without conspicuously outperforming his peripherals, as Cubs rookie Kyle Hendricks did.

Hamilton was fine, flashing a superb glove, below-average bat, and lots of stolen bases, but his 56 steals are less impressive considering he was caught a league-leading 23 times. Truly, there’s nothing Hamilton did that Arizona’s Ender Inciarte, a defender and baserunner for whom nobody’s carrying a torch, didn’t do better.

So deGrom wins more or less by default, though Phillies reliever Ken Giles is worth mentioning as well. Ordinarily, half a season from a middle reliever is nothing, but Giles’s 2014 was, in both form and substance, very much like Craig Kimbrel’s cameo in 2009. If Giles had been a closer and had saved 20 games, he’d have won. 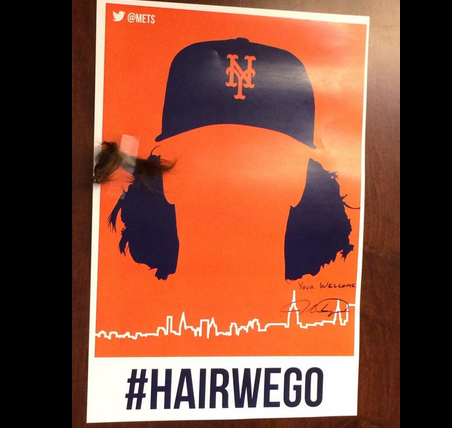 Me again! In February 2012, I wrote about Jose Abreu, who at the time was demolishing every pitch in sight while toiling in Cuba. While researching the piece, I asked several talent evaluators if Abreu’s off-the-charts numbers might indicate his standing as the best hitter on the planet, as Baseball Prospectus alum Clay Davenport’s translations suggested. Oakland A’s assistant general manager David Forst weighed in.

“Is he Barry Bonds? No,” Forst said. “If you do a comprehensive survey of the clubs, they’d say he is not the best hitter on the planet.” Still, he said, “There are legitimate comparisons to [peak] Ryan Howard.”

In Abreu’s debut MLB season, we finally got the answer to that question. The slugger whose incredible numbers against weak competition left teams dubious enough to let the White Sox sign him for less than one-quarter of what Albert Pujols cost wasn’t the best hitter on the planet in 2014. He was the fourth best.