Every now and then, we will attempt to write the worst sports column on earth. Today: Let’s talk finance and separate the facts from the truth.

But you know, today, I really do hate to say I told ya so.

For years now, the Mickelson story has seemed too good to be true. So we wondered. Maybe it was steroids that transformed him from that lovable loser to a world-class winner. Maybe that heartwarming family story was just a facade, and there was a darker, deviant underbelly to all those family photos. Who can say for sure. We can only go with the information we’ve got in front of us.

That’s what I’m doing this week. There’s an ugly scandal out there involving the FBI, a Wall Street titan, and a golf legend. Good ol’ Phil Mickelson. Lefty wasn’t so lucky this time.

It all makes for sexy copy. Blog sites love it.

But shouldn’t we stop and think before we turn Lefty into Bernie Madoff?

As a columnist who’s been suspicious of Lefty in the past, this one doesn’t smell right to me. Hearing everyone rage against the Mickelson machine is starting to sound like a broken record.

It’s par for the course these days. There’s a new sport in America, only instead of athletes we have journalists, and the only contest is to see who can be most outraged. It’s time to call a timeout.

In this business, you put up with so much crap, sometimes I wonder if I should start bringing a shovel to work.

Did Lefty make a mistake?

But one thing I always say is there’s a difference between facts and truth.

The facts say that Phil Mickelson is under investigation by the FBI for financial fraud. The truth is this could happen to anyone.

We spend so much time apologizing for the sins of athletes in other sports. They came from a troubled background, we explain. It’s not fair to play a violent game all their lives and then act shocked when they turn around and act like knuckleheads.

What about Phil? We can’t give morality mulligans to guys like Mike Vick and then double the penalties when it’s someone as successful as Lefty. In some ways, it’s a double standard.

Not all high-class golf courses are full of high-class people, folks. We tell Phil to go out there and practice every weekend, so he surrounds himself with a bunch of guys with tons of money and tons of opportunities. Is it really that surprising that eventually Phil said yes to the wrong guy? Come on. There’s insider info getting traded at every golf course in America. If you hang around a barber shop long enough, eventually you’re gonna get a haircut.

I’ve always loved him on the course, so maybe I’m biased. He’s one of the most impressive athletes of this generation. While most superstars from other sports burn out in their mid-thirties, a guy like Lefty will be booming drives down your local fairway until he’s pushing 50. It’s a testament to the work he puts in every year.

He’s also just a joy to watch when he’s out there. No matter what his scorecard says, he’s always got that grin that lets you know golf isn’t just a job for him every weekend. Golf is fun. It’s a crazy game, filled with big money, big pressure, and big-time hazards all over the place, but it’s always been fun first for Phil.

You can see it on his face. 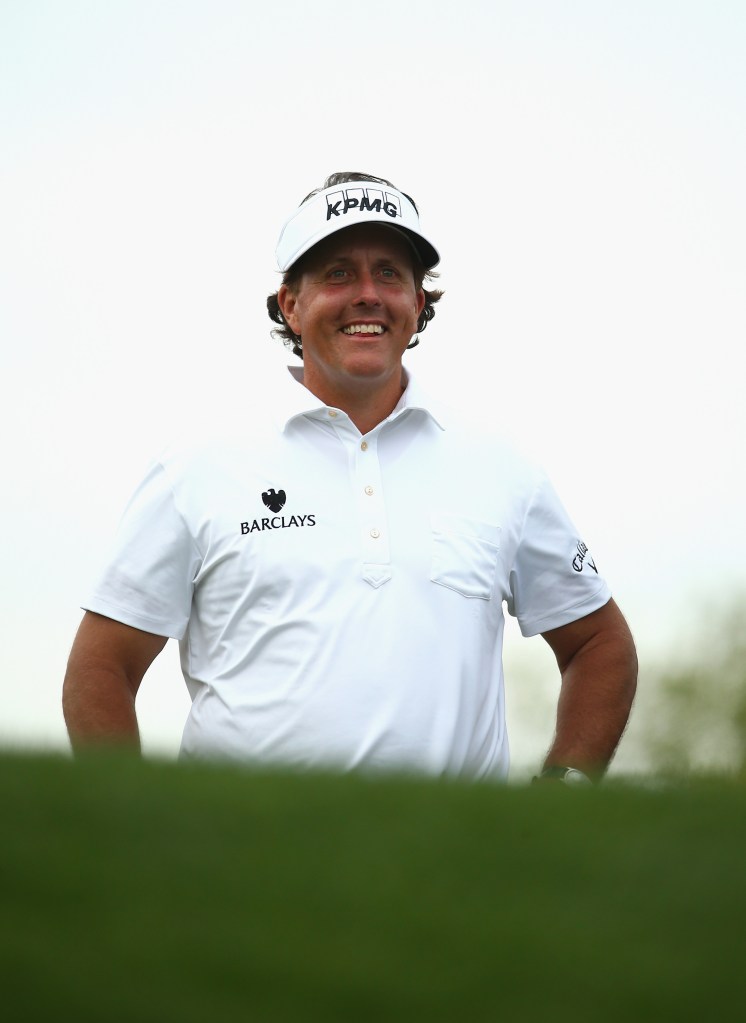 But you know what else we found out this week? Beneath that grin, he’s also a guy who bleeds just like the rest of us, and hurts just like the rest of us, and has a lot of the same fears and anxieties we all do. So maybe as he was trying to provide for his children — or his children’s children, at this point — maybe he cut a corner along the way. Trusted someone he shouldn’t have, said yes when his heart told him no, and made a mistake.

I’m willing to forgive that lapse in judgment.

On 18 holes of life, we all forget to rake the sand trap sometimes.

We used to have room between black and white in this country. Maybe that’s why newspapers were printed on gray, for the people who wanted to read between the lines and see the truth. Now everything’s online, newspapers are on life support, and the nuance is dying with ’em.

Everyone’s either a hero or a villain.

Lefty? The media might make him into a villain this week, and I’m not here to call him a hero. He’s a human. This week’s news is just a reminder: We all face adversity sometimes.

Think about how easy it would be to get caught up in this kind of scandal if you’re Mickelson. You head to the course, a friend tells you about a great company to invest in, and you say, “Hey, OK, that sounds great.” A few weeks later, that stock tip becomes the smoking gun, murdering your reputation. How can you not root for a guy to bounce back from that?

Maybe your favorite players are perfect all the time, but I say we can all learn more from the guy who has the occasional bogey now and then, but keeps playing anyway. A guy who’s out there doing his best, smiling through it all. He’s living proof that a lifetime of hard work will always pay the best dividends.

If there’s a war on a guy like that, put me in the trenches right beside him.

The media and the FBI want to make this conversation about a guy who got caught up in a scheme to game the stock market and make some easy millions. They say it’s our responsibility to hold this guy accountable and stop telling our kids that Lefty’s what a real winner looks like. A bunch of bitter critics want us to stop loving the sweetest swing in the business.

Enough of this crap. Where’s my shovel?