In the first installment of Escape From the New York Knicks, David Blatt and LeBron James made a deal with J.R. Smith: If he could rescue Iman Shumpert from the clutches of Carmelo Anthony and escape the perils of New York City, then he and his former Knicks teammate could join the Cavs.

It’s dark inside a tattered, disheveled Madison Square Garden, but there’s enough light to see that it’s full of maniacs. There’s a ring set up in the middle of the court, and a large portion of the ring’s mat is stained with blood. Two people are standing inside of it.

There was a tiny amount of static, loud and obtuse, Phil Jackson’s voice came over the stadium’s PA system.

The crowd began to stir.

They could feel it. They’d been here before. They knew what was coming.

Then there was an explosion — not an actual explosion, but one of sound from the crowd. That’s how loud they were: bloodthirsty, thundering, terrifying, beautiful.

J.R. Smith had successfully navigated his way into and through New York City. There were several instances when he thought he’d found Shump — in this building or that building. But he always left disappointed, with someone else’s gore on his shirt. Now, with just 45 minutes left before the trade deadline, he’d found himself in an especially unenviable position: standing in a combat ring across from the 7-foot monster named Andrea Bargnani, who was a far better assassin than basketball player.

A bell was rung. The fight started. The mob in the arena knew what Smith suspected: In just a few minutes, only one person would walk out of the ring. The other would be carried out. 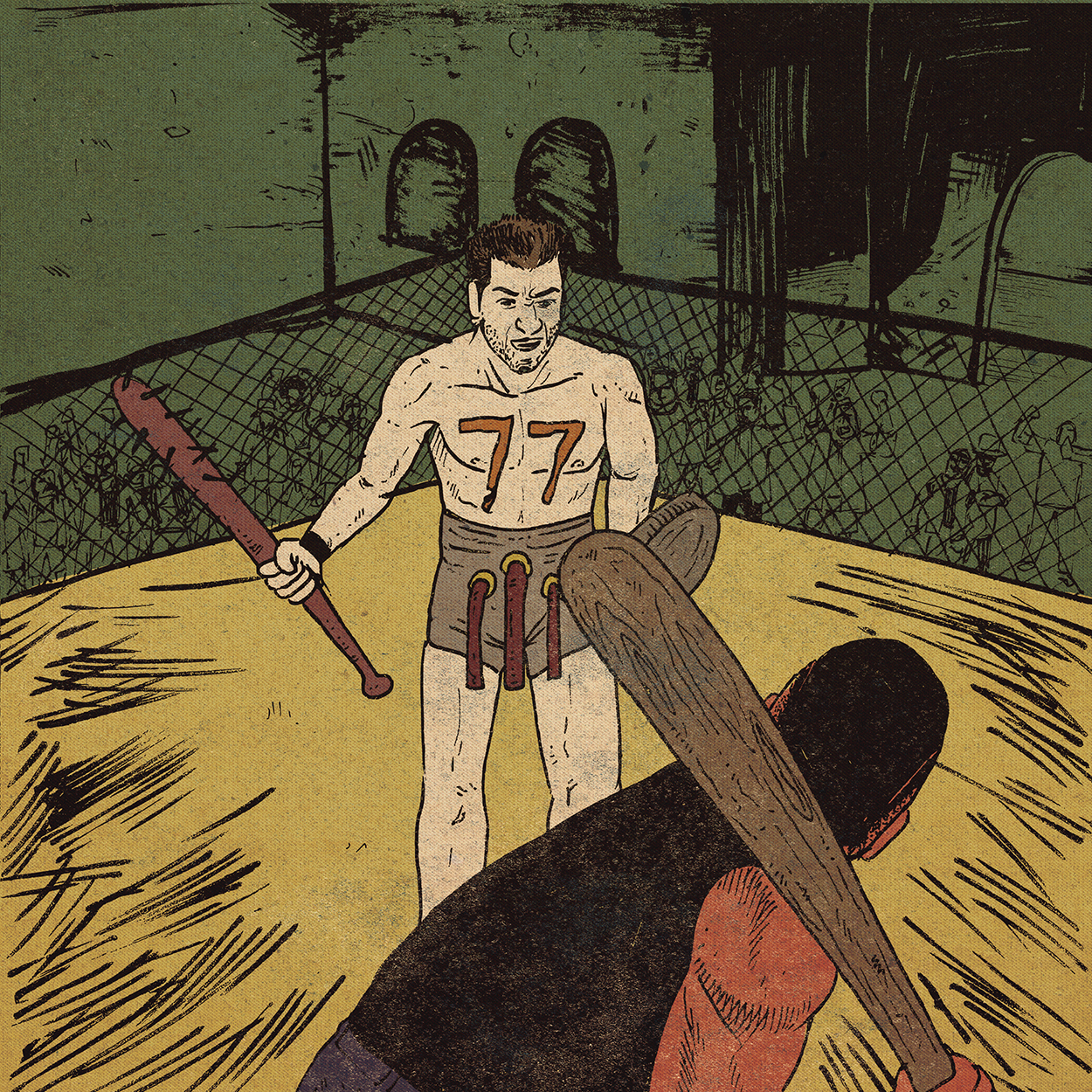 “I don’t wanna do this, Bargs,” Smith said. “It’s not you I want. It’s Carmelo. Can’t you see he’s controlling all of this? He’s the reason New York is the way it is. He put us here. I don’t want to fight you.”

“Good,” Bargnani responded. “Then this’ll be quick. Try not to bleed on me too much. It’s very hard to get out of my clothes — ALMOST AS HARD AS IT’LL BE TO GET THESE NAILS OUT OF YOUR SKULL.”

With that he swung his murder bat at Smith’s forehead with all the force of Italy.

There are a lot of ways to describe the things that happened in that ring after that exchange, but few of them are easy, and all are gruesome. So let me just put it this way, and you can fill in the empty spaces: It’s trickier putting a 7-foot-long body on a stretcher than you’d think. 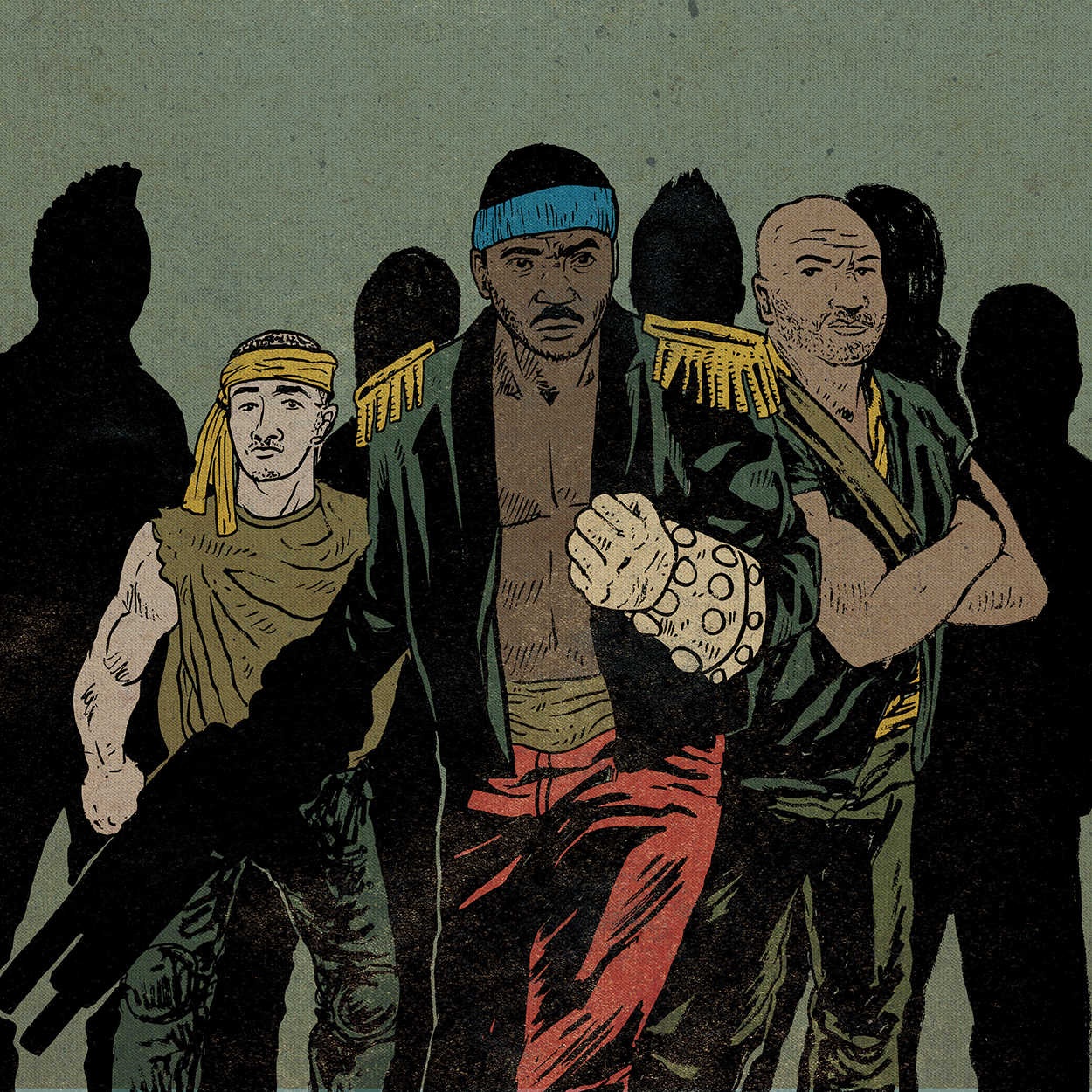 Smith then found Carmelo’s hideaway. It’s was an old Arby’s restaurant. He walked inside. Carmelo wasn’t expecting to see him again.

“I wasn’t expecting to see you again, J.R. I’m surprised. Annoyed, but surprised.”

“What happened to Andrea?”

Smith smirked. “Andrea?” “I guess you could say he … pasta way.”

Carmelo, possibly embarrassed a little, turned to Knicks coach Derek Fisher. Carmelo didn’t say anything, but it was clear he wanted to see if Fisher was confused by Smith, too. Carmelo had turned to the right person. Fisher was definitely confused. In fact, he was confused by everything, all the time. Carmelo was pleased. He looked back at Smith and repeated himself: “What?”

“How was I supposed to know?”

“Because he has been on your team for the last two years and he speaks Italian and his name is Andrea Bargnani, probably.”

“The pasta thing. It’s very funny now that I know.”

Carmelo looked at Fisher. “It’s funny, right?” Fisher said yes, even though he still kind of didn’t get it. “It’s so funny,” Fisher said. Carmelo turned to Smith. “Say it again.”

“If you do it again, I’ll tell you where Shump is.”

Smith walked out, waited a beat, then walked back in.

Carmelo did a good job of getting his line out, but he was clearly excited for J.R.’s response. Smith stared grimly at Carmelo.

“What happened to Andrea?” Melo asked.

Smith smirked. “Andrea? I guess you could say he … ran out of thyme.”

“What the hell is thyme? I don’t know what that is.”

“THYME. It’s used in cooking. You find it in a lot of Italian dishes. Thyme. I didn’t want to do pasta again.”

Carmelo smiled. “You want Shump?” he asked. “I’ll tell you where Shump is …”

Carmelo smirked. “Shump?” he asked. “I guess you could say he …”

“Are you seriously trying to think of a Shump pun right now?” Smith asked.

“It’s way harder than I thought.”

Just then, there was a loud thud from the next room. Smith flinched and looked around. Carmelo looked around, too, but knowingly.

“What was that?” Smith growled.

“Follow me,” Carmelo said. “I’ve got something I want to show you.”

The two walked through a doorway into a room. It was dark. If you were going to kill someone, this was the place to do it.

“You betrayed us, J.R.,” Carmelo said. “And now you have to pay. If you can survive this, I’ll let you leave, and you can take Shump, too.”

Carmelo flicked a light switch. Smith was almost scared to look, but he knew he had to. It took his eyes a second to focus. Then he saw it.

It was James Dolan and Isiah Thomas and Iman Shumpert. They were all sitting at a table, though Shumpert was tied to his chair, bolted to the floor. There were what many would consider very dangerous items on the table. There was one empty chair. “Have a seat,” Carmelo said.

There are a lot of ways to describe the things that happened at that table after that exchange, but few of them are easy, and all are gruesome. So let me just say this, and you can fill in the empty spaces: Smith is a man of action, and Dolan and Thomas know that better than most now.

Smith untied Shump. Shump tried to stand but stumbled. Smith picked him up.

“Where are we going?” Shump asked. 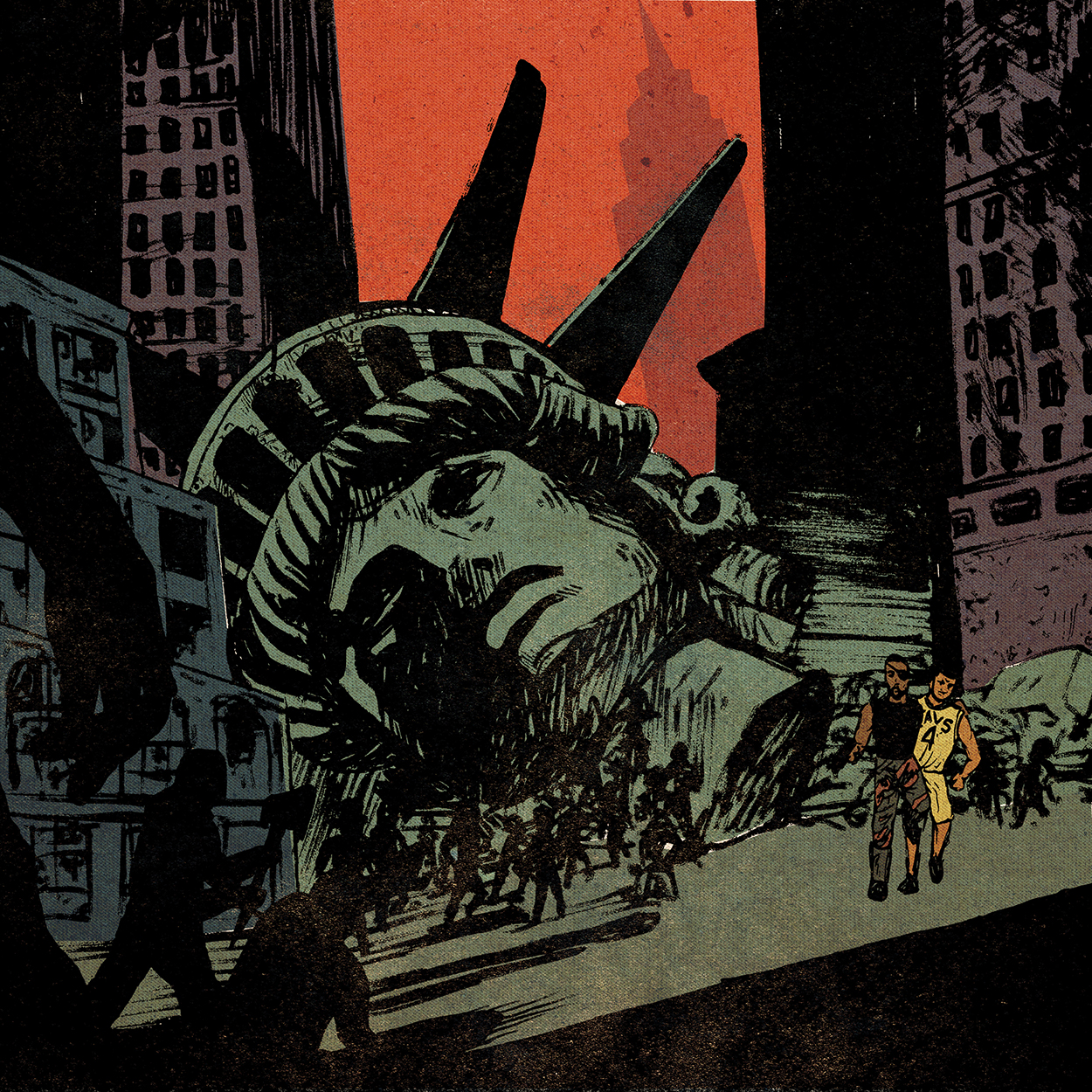 Carmelo watched as they walked off together into the night. He shouted to Smith. “How?! How’d you do it?!”

Smith stopped. He turned his head back toward Carmelo, but only just enough so you could see the profile of his face.