Saturday night in Brooklyn, eight of the league’s best jump shooters will compete in what’s shaping up to be the crown jewel of the weekend. The field is incredible, with two clear favorites and six other legitimate threats to win. Let’s start with the top dogs: Kyle Korver and Stephen Curry.

Korver could end up having the best perimeter shooting season in NBA history. It’s no exaggeration to say that he’s doing things that have never been done. This dude is hitting a higher share of his 3s than Nikola Pekovic is hitting his layups. The following chart should compel the league to reconsider the location of its 3-point line. 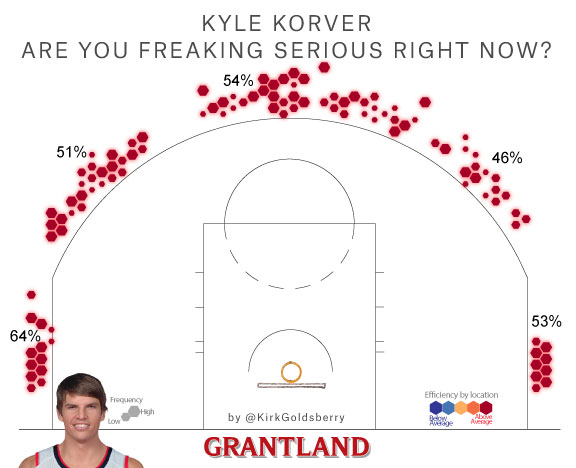 That said, while Korver is probably the best in-game spot-up shooter in the contest, that doesn’t necessarily make him the favorite. Part of the reason Korver’s efficiency numbers are higher than those of Steph Curry — the favorite in the contest — is that the Hawks sharpshooter is almost exclusively a catch-and-shoot guy. Ninety-five percent of his made 3s involve an assist. Curry creates a much higher share of his shots off the dribble, which translates to lower overall efficiency numbers.

In-game efficiency, even as freakish as Korver’s, does not guarantee anything in the contest; shooting 25 basketballs in 60 seconds requires a different skill set and mentality than does catching and shooting one ball in a drive-and-kick play. 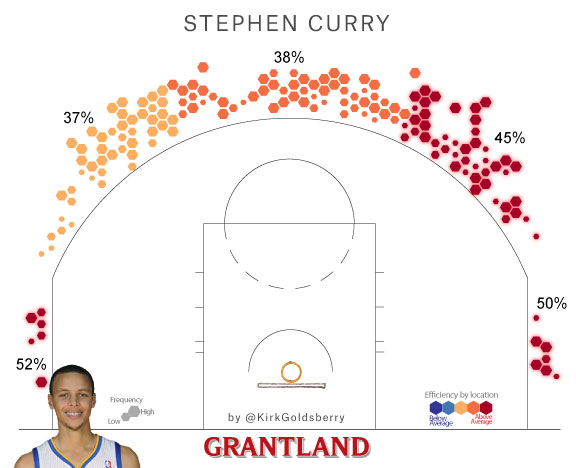 The average Curry shot is harder than the average Korver shot. If Curry only attempted catch-and-shoot shots, his numbers would improve. Keep in mind, the contest requires a certain amount of fleetness, which Curry obviously has. But the competition is also a kind of random number generator. As good as Korver and Curry are, there are six other dudes — including two former contest winners — more than capable of winning this thing. If any of these guys get hot, they could blow away the field. 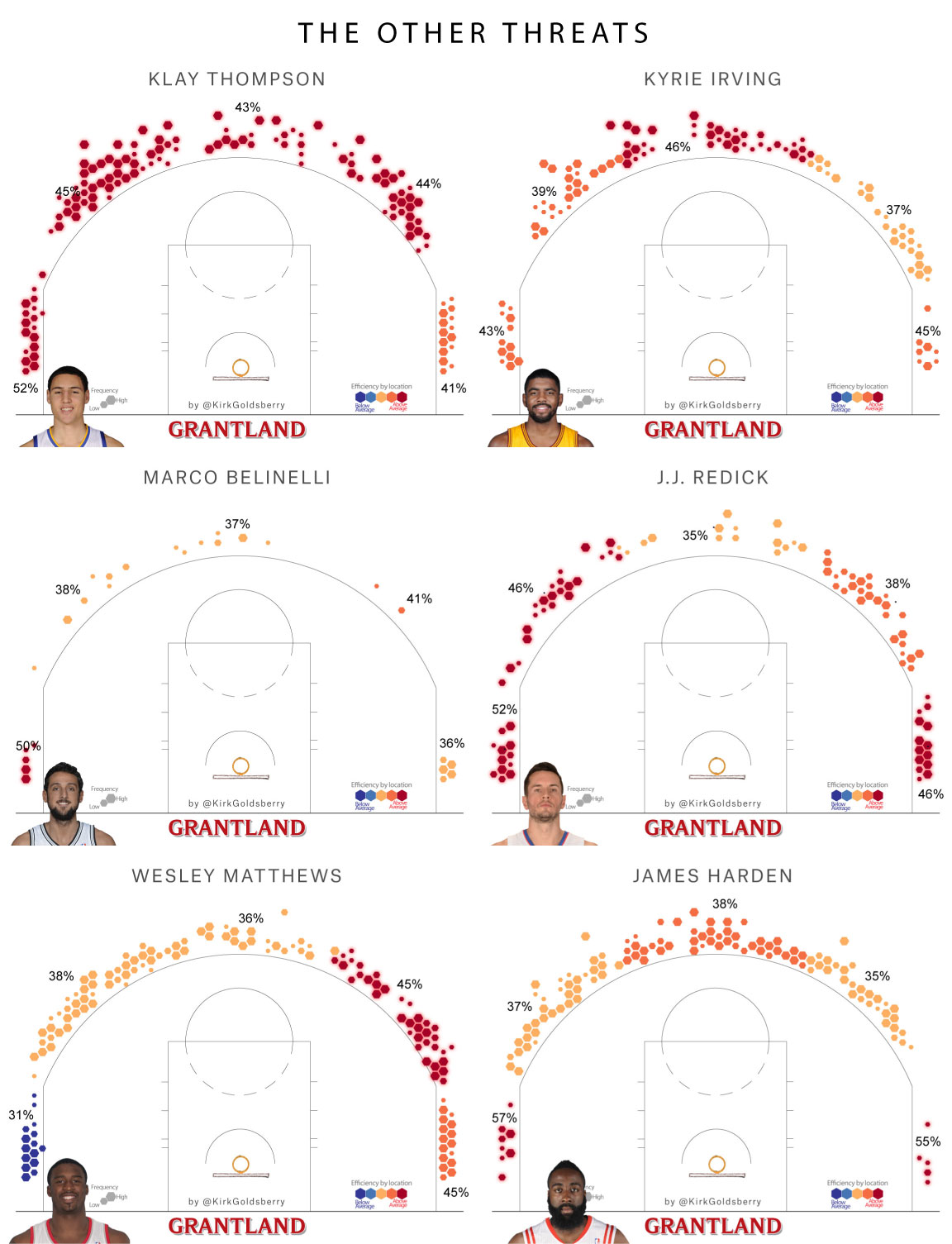 Marco Belinelli is the defending champ. Last year, he got hot when it mattered most, scoring 24 points in the tiebreaking round (second-best final round ever) to defeat Washington’s Bradley Beal. 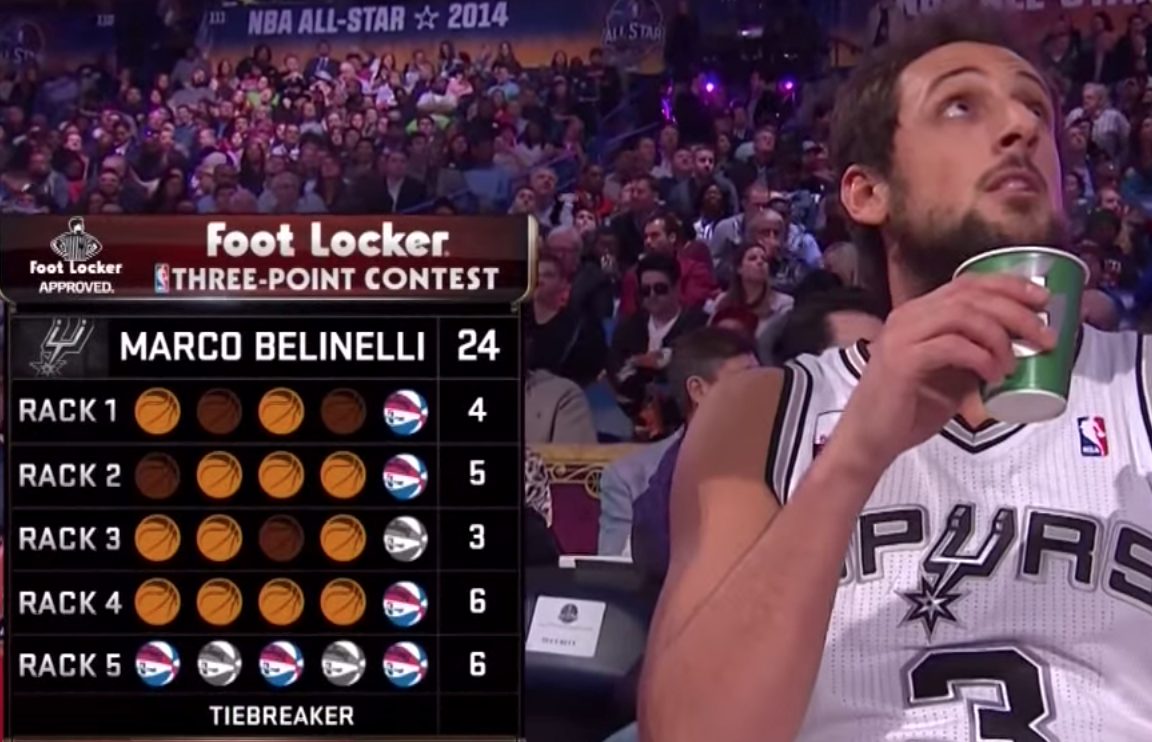 Still, this thing never goes according to script, and the best guy rarely wins; it’s just a gut feeling, but I’m going with Harden.