Liverpool’s miraculous rise up the Premier League table has overshadowed another similar, only slightly less astounding accomplishment happening in Merseyside. Just across Stanley Park, Liverpool’s neighbor and fierce rival, Everton, have positioned themselves as contenders for fourth place, and a place in next year’s Champions League competition. Everton sit in fifth, four points behind Arsenal, and they’ve played one fewer match. On Sunday, they will host the Gunners in a game that will go a long way toward deciding which team gets into Europe’s prestigious and lucrative cup competition. If Everton win, the race for the Champions League is well and truly on. If they don’t, it will take a major collapse from Arsenal to give Everton even a sniff.

Everton come into the match with a five-match winning streak, having taken full advantage of playing a run of bottom-half-of-the-table teams. You can only beat who the schedule puts in front of you, and Everton have done that over the last month.

Arsenal, on the other hand, have only won two times in their last eight Premier League games. Some of that is schedule-driven. It’s no shame losing to Liverpool and Chelsea, even if the collective 11 goals they conceded is embarrassing. But had they managed to win at home against either Manchester United or Swansea, then they’d have the breathing room to lose to Everton without threatening their Champions League chances. That should give you an idea of just how far ahead Arsenal were in this race. It’s taken more than a month of perfect play from Everton, combined with some marginal results from Arsenal, to get to the point where this head-to-head matchup is truly important. 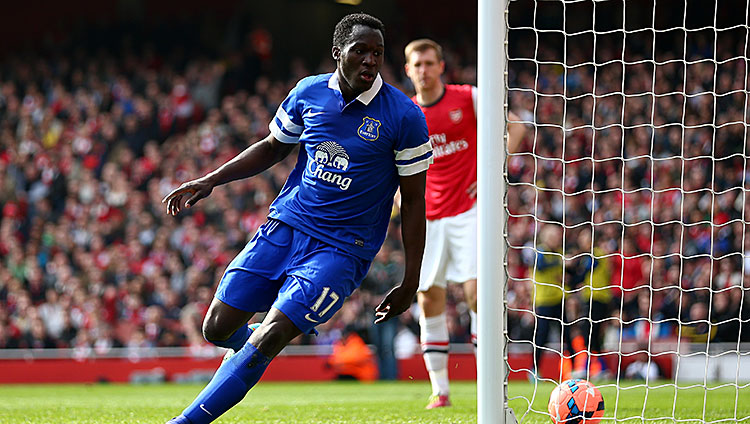 From a talent perspective, it’s easy to think of Arsenal, with their huge resource advantage and Champions League pedigree, as significantly better off than the plucky underdog Everton. That advantage is wiped out when you consider the medical emergency facing the Gunners. The London team will be missing Theo Walcott, Mesut Ozil, Aaron Ramsey, Laurent Koscielny, and Jack Wilshere, otherwise known as the team’s best attacker, best creative midfielder, best box-to-box midfielder, best defender, and best Jack Wilshere.

So there’s your talent gap. Arsenal maintain a creative advantage, despite the injuries, since Arsene Wenger’s obsession with little, creative midfielders means that Santi Cazorla and Tomas Rosicky will be playing behind the striker, along with either Lukas Podolski or Alex Oxlade-Chamberlain. Defensively, though, even with Everton’s best defender Phil Jagielka out, it’s hard not to like Everton’s back line. They’ve performed marginally better than Arsenal, allowing only a goal per game to Arsenal’s 1.16, and allowing only four shots on target per game against Arsenal’s 4.2 (interestingly, Arsenal actually allow fewer total shots at 12 to Everton’s 12.7). As always, the stats are courtesy of ESPN Stats & Info. Up front, Romelu Lukaku and Olivier Giroud score at roughly the same rate: .5 goals per 90 minutes for Lukaku, and .4 for the Frenchman. Both excel at the roles their team needs them to fill. Giroud acts as hub, linking play for his creative forwards, while Lukaku is more of a target for launching attacks. As a player, you’d obviously prefer the younger, more physically gifted Lukaku, but for a single game being played on Saturday it’s hard to give one the advantage. Central midfield is the most interesting battle of the day. Everton’s pairing of Gareth Barry and James McCarthy has been fantastic all year. Both are heavily involved in everything that Everton do, both linking play and disrupting it when out of possession. Arsenal, with all their injuries, rely largely on former Toffee Mikel Arteta to dictate play. As Arteta ages, his forward runs are less frequent. He’ll likely be paired with Mathieu Flamini, who despite an unlikely goal on a very good late run against Manchester City, usually offers little on the attacking side of the ball. Arsenal have suffered in recent weeks because neither of their pivot players are a real goal-scoring threat. That’s why Oxlade-Chamberlain played alongside Arteta against Chelsea (where he was badly exposed, and committed the phantom red card that somehow got Kieran Gibbs sent off).

Both teams really like having the ball. They are virtually identical in possession, with Everton having the ball 56.3 percent of the time and Arsenal at 56.2 percent, according to whoscored.com. But that doesn’t mean they play similarly. Arsenal and Everton use possession in different ways, and create different types of chances. So, while the battle for possession will certainly be important Saturday, it’s probably not as crucial as which team uses that possession to set up the types of chances they want.

Arsenal are at their attacking best when they are combining quickly in the final third. Anchored by Giroud with a host of mini-midfielders buzzing about him, Arsenal open up defenses with quick, one-touch passing combinations that occasionally produce pieces of magic. They want to tighten the noose, and eventually if they have the ball in your final third long enough, they are confident they’ll find a way through (although that’s a lot harder without the help of a deeper midfield combining with the front four). Arsenal have the most passes attempted and completed in the final third this season, as well as the highest completion percentage, 76.2 percent. Everton, on the other hand, use their possession to draw opponents on to them before releasing Lukaku and attackers like Ross Barkley, Gerard Deulofeu, and Kevin Mirallas into space. If Everton are doing things right, their wingers (or even fullbacks) should receive the ball behind Arsenal’s midfielders in position to run at defenders. The combination of ball possession and directness is one that is fairly unique to Everton, but lethal when it works. Everton want to keep the ball, and then create space in the attacking third to run into. Arsenal want to pin you deep and eventually break you down.

This one has all the makings of a great game. Contrasting styles (although, granted, they both need the ball), a team in Everton that absolutely cannot settle for a draw, and an outcome that drastically impacts the race for the Champions League. It’s about as dramatic as a game gets in the city of Liverpool. At least until Manchester come to the other side of the park next week, anyway.