This is the new drive-in era. Kids just need something to make out to, and the easiest stuff to make and sell is going to be horror. It goes back to the way that weird, old exploitation movies used to happen. There’d be the money guy who would say, ‘We want to make a movie. It’s going to be called 10,000 Virgins Go to Hell. You have seven days to do it, I need seven tits and two decapitations for the trailer — go.’ And then the guy who made it would put whatever he wanted in between those tits and the decapitations, and we’d get some really weird, arty and strange films.

That’s Devin Faraci, BadassDigest.com editor-in-chief, to L.A. Weekly’s Amy Nicholson in 2013. Faraci was referring to the wave of so-called “mumblegore” Los Angeles–based filmmakers that includes Adam Wingard, Simon Barrett, David Bruckner, Joe Swanberg,1 and Ti West. “The new drive-in” is the couch, where dry-humping teens (and plenty of bored grown-ups) toggle through VOD archives, where a surprisingly high number of good, smart, low-budget horror movies are lying in wait for captive audiences. All of the aforementioned filmmakers collaborated on one of the best of these films, 2012’s V/H/S, which fused two somewhat disreputable horror subgenres — the Found Footage Movie and the Anthology Movie — and successfully delivered the goods (i.e., at least seven tits and tons more blood and guts) while also wowing audiences at Sundance. V/H/S subsequently spawned two sequels, the latest of which, V/H/S: Viral, will be playing at a living room near you starting Thursday. (A limited theatrical run is slated for November 21.)

A story that mentions Faraci and Swanberg in the same paragraph must include a link to this video of the irascible critic and the pissed-off director boxing each other two years ago at Fantastic Fest. Otherwise, the less said about this, the better. 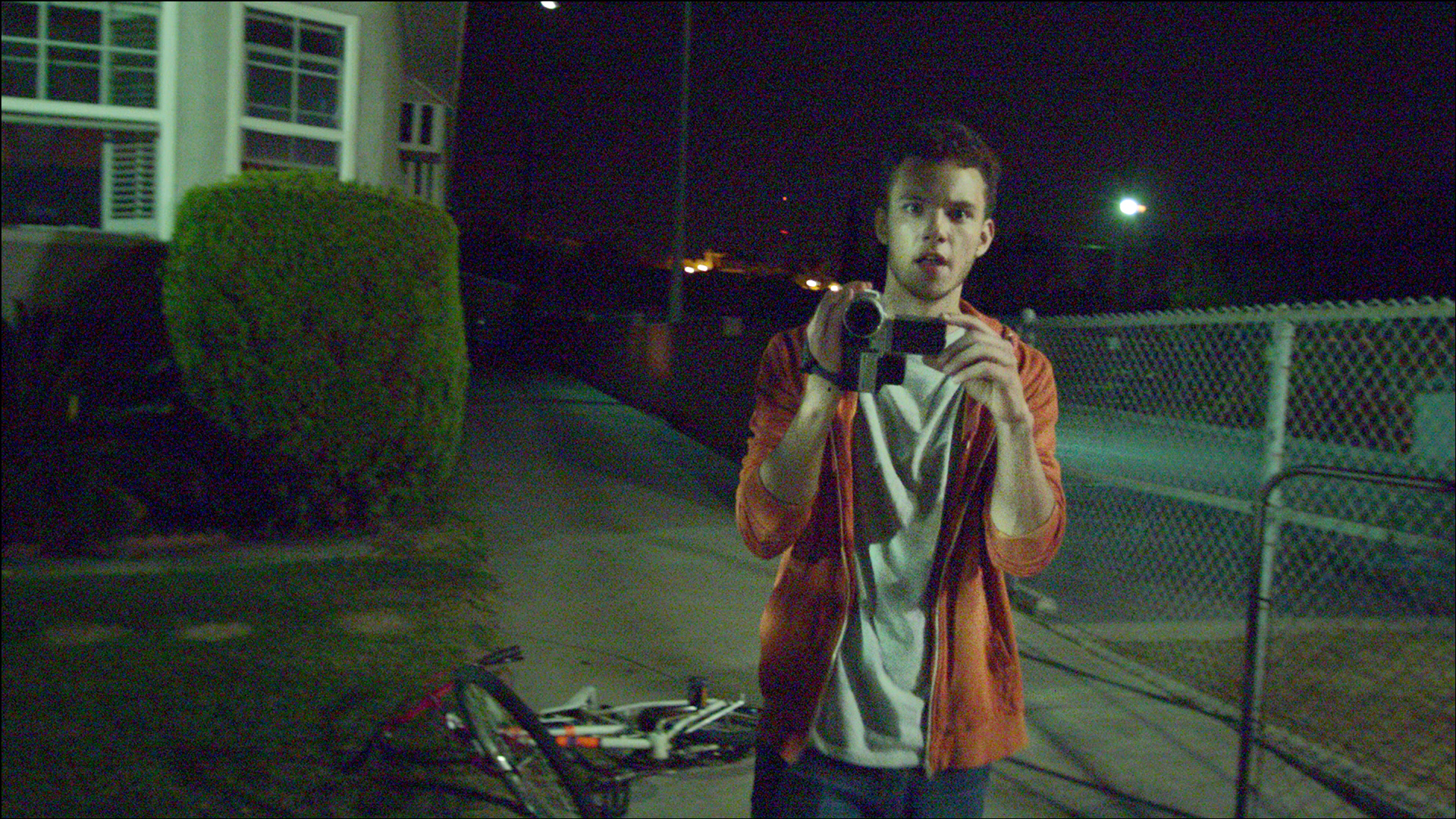 If you’ve seen the other V/H/S installments — they’re both on Netflix if you haven’t; take a three-hour break and come back — you can probably guess what works in V/H/S: Viral and what doesn’t. Bad news first: The through-line segment, used to link the stories and explain how exactly this particular footage was “found,” is typically the weakest part of any V/H/S movie. But the one in Viral is by far the worst of the series. If the hit-or-miss consistency of the found footage conceit bothered you in the other movies — if you nitpicked about the footage looking too well-shot, too well-edited, or simply not looking enough like cruddy grist for Buick-size VCRs — Viral is arguably even less concerned with looking authentically homemade. Finally, since this is an Anthology Movie, Viral is inherently uneven. In fact, you can probably just watch the movie’s one truly essential story, Nacho Vigalondo’s “Parallel Monsters,” and be satisfied.

About “Parallel Monsters”: It’s hard to talk about why it’s good without spoiling it. A guy invents a portal into another dimension. He encounters that dimension’s version of himself. The guy’s two selves agree to let the opposite self explore the other self’s home for 15 minutes. Naturally, the two selves each immediately check out the other guy’s wife, who is technically the same person, but different in some crucial ways. And this is where I have to stop. I don’t want to stop, because I’d love for somebody to make sense of this madness I can’t get out of my head. (Particularly the craziest and most disgusting aspect of “Parallel Monsters,” which I definitely can’t divulge.) But stop I must.2

Fans of Charlie McDowell’s recent The One I Love might note some similarities between that movie and this plot summary. All I can say is that “Parallel Monsters” has a genitalia-related twist that The One I Love does not. 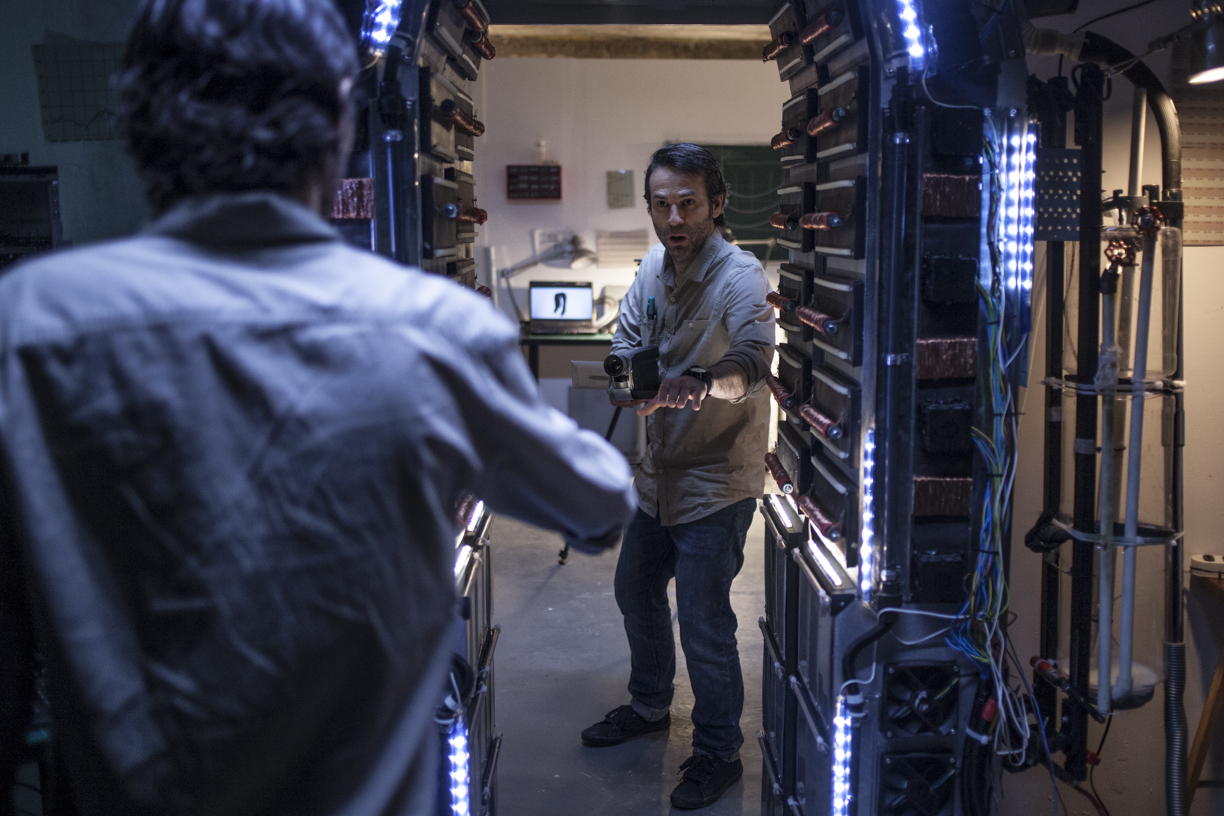 Let’s just say that “Parallel Monsters” echoes V/H/S’s other most successful segments — beneath the splatteriffic grind-house trappings is a relationship story playing on elemental fears about love, sex, personal identity, and the way technology subverts our understanding of these things. In West’s “Second Honeymoon,” from the original V/H/S, fissures in a young marriage are implied subtly when a husband tries to gently bully his wife into having sex on camera, and then depicted later on with an act of shocking violence. In Swanberg’s “The Sick Thing That Happened to Emily When She Was Younger” (also from V/H/S), a series of Skype conversations carried out between boyfriend and girlfriend illustrate the casual horror of how online communication can conceal dangerous intentions. In V/H/S/2’s “Safe Haven,” directed by Timo Tjahjanto and Gareth Evans (a.k.a. the guy who made The Raid and its sequels), a woman cheating on her fiancé with a coworker wrestles with the news that she’s pregnant. Oh, and she also happens to be working with both men on a documentary film crew while trapped inside a compound operated by an Indonesian cult.

As a defining film franchise of the nascent VOD era, the V/H/S movies exploit personal unease in the most personal of arenas. The stories are either set in places where you’re supposed to feel safe — in homes or hotel rooms — or among lovers, best friends, and family members. The V/H/S series hits you where you live figuratively, right where you live literally.

Back during the original drive-in days in the ’60s, legendary exploitation director-producer Roger Corman became known for offering a different kind of postgraduate film school education for young up-and-coming directors. Corman latched on to promising talent — including Francis Ford Coppola, Martin Scorsese, and Peter Bogdanovich — when it was young and cheap, and funneled it into the “legitimate” movie business. The V/H/S franchise has similarly been a reliable showcase for directors who have subsequently become better known either outside of the horror genre (like Swanberg, writer-director of the affecting 2013 romantic comedy Drinking Buddies) or on more mainstream Hollywood projects (like West, whose forthcoming Western epic, In a Valley of Violence, stars John Travolta and Ethan Hawke). It’s not that V/H/S “discovered” these filmmakers exactly, but the franchise has exposed many promising directors to new audiences while also offering greater artistic freedom than they might get on a traditional feature. Directing a standout V/H/S segment might even be a way to get the next feature-directing gig.

“I feel like the studios, they have a short window, so a film will come by and everyone will talk to the director, but then at the end of the day, they will say, ‘Oh, you did an independent movie, you didn’t work with a lot of money. Yeah, we don’t really want to take a risk with you,’” Brad Miska, one of V/H/S’s founding producers, told me. “So then these directors get put on the shelf, and they don’t get the opportunities that they deserve. In the back of my mind there are hundreds of these directors that deserve to be behind the camera for major studio films. Horror films, non-horror films, it doesn’t matter. They don’t get the opportunity and it really sucks.”

Vigalondo, V/H/S: Viral’s breakout star, isn’t a household name, but he’s a rock star among genre-oriented cinephiles thanks to 2008’s Timecrimes, an excellent mind-bender that’s like a cross between Primer and Friday the 13th. Vigalondo’s follow-up picture, 2011’s Extraterrestrial, was another playful exercise in movie-formula subversion — an alien-invasion story without aliens, it infuses the Independence Day template with the narrative tone of a witty rom-com. Vigalondo’s latest, Open Windows, might be his best, or at least his most formally ambitious. (It’s available on VOD and opens in theaters November 7.) Elijah Wood stars as the nerdy webmaster of a fan website dedicated to a horror-movie starlet played by Sasha Grey. Wood travels to Fantastic Fest in Austin because he believes he’s won a contest that involves a night out with Grey. But then a mysterious man phones his hotel room to inform Wood that Grey has canceled. From there, the enigmatic caller slowly draws Wood into a voyeuristic revenge scheme that plays out entirely via various website tabs on Wood’s laptop screen. 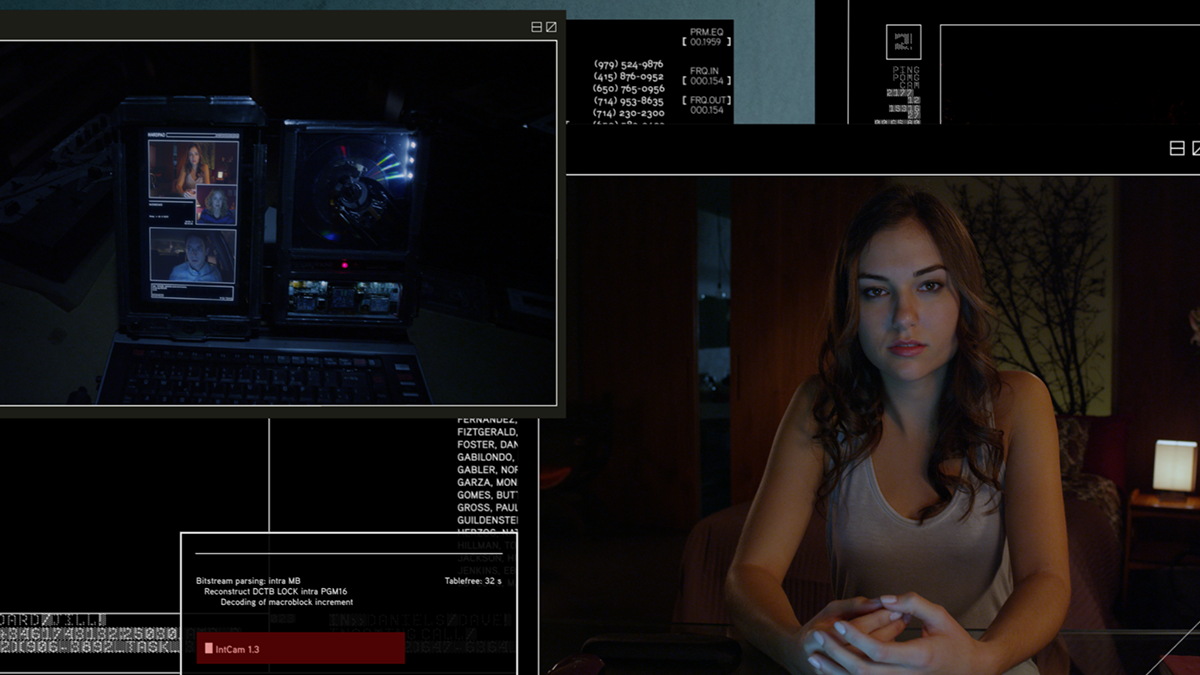 It should probably go without saying that Open Windows devolves quickly from implausible to incomprehensible. But if you’ve ever felt as if you were directing an especially ridiculous De Palma film while managing your daily web surfing across multiple platforms, Vigalondo’s storytelling style will seem both intuitive and sort of mind-blowing.

Bringing Vigalondo into the V/H/S fold was a “no-brainer,” said Miska, whose initial pipeline to the industry was as founder and writer for the horror website Bloody-Disgusting.com. (Miska doesn’t just make these films; he’s also a member of the core demographic.) The guiding ethos of the V/H/S franchise has always been to work with filmmakers whom everyone involved in the project likes and wants to empower.

“I love all of his work,” Miska said of Vigalondo. “I was literally just like, ‘Hey, how about Nacho?’ And everyone collectively was just like, ‘Yay!’ We emailed him and let him know that we wanted him to be involved, and that’s sort of as simple as it is.”

For the most part, however, V/H/S: Viral did not come together as easily as the first two films, which Miska chalks up to conflicting schedules among the directors. When I asked whether a fourth V/H/S was already in the works, Miska surprised me by saying no. Aren’t all horror franchises supposed to go on forever?

“The honest answer: We had always imagined it as being a trilogy after the first one,” he said. “Because I think movies always try to do too much. But that doesn’t mean that we wouldn’t do [another film]. It would have to be something radically new, I think.”

While Miska acknowledged that V/H/S has helped to jump-start (or revive) careers, he downplayed the franchise’s larger significance as a thrifty alternative to Hollywood’s increasingly bloated blockbuster system. After all, V/H/S is hardly the only significant horror anthology series going — the sequel to 2012’s The ABCs of Death, which used 27 directors from around the world, is on VOD and will be released theatrically on Halloween, and an all-woman-filmmaker horror project was announced earlier this month from Magnet Releasing, the genre arm of Magnolia Pictures, which also distributed the V/H/S and ABCs of Death pictures.

“It really is just like a party to me,” Miska said. “Everyone just watching each other’s shorts, giving notes, having a good time. Nobody was salty about anything, just like, ‘Oh, wow, this is awesome, you inspired me. When I do mine, I am going to do this.’ It’s like a friendly competition between the filmmakers at times. We inspired each other.”

And along the way, they made some really weird, arty, and strange films.