There isn’t a stitch of exposition in Under the Skin. Not a monologue about the state of the universe. Not a title card explaining the stakes of an ancient war. Not even a conversational flutter spring-loaded with useful information. And yet, it is the clearest science fiction film I can remember.

Directed by Jonathan Glazer as if its contents were a set of precious china, Under the Skin is a lean and clean filmic experience, every shot a crescendo, every narrative stroke a tremolo. It’s low-concept, high-execution, and it has almost nothing to do with what we think of when we imagine today’s science fiction movies.

“I wouldn’t say I’m a fan of science fiction,” Glazer says, tucking tendrils of hair behind his ear at a Los Angeles hotel bar last week. “I don’t think I’m really a fan of a genre. What I like about science fiction is the opportunity that it gives you to investigate big ideas.”

Following none of the conventions of contemporary sci-fi movies — Under the Skin is not an elaborate space opera, nor a ribald meta-comedy, or even an allegorical satire — Glazer’s movie follows Laura, an alien played by a bewigged Scarlett Johansson as she roams the Scottish countryside in a white van in search of male human flesh. For the first half of the movie, she repeats her actions in an almost phenomenological fashion: She pulls over, chats up a stray pedestrian, lures him into her lair, strips, and seduces him into an inky pool of amniotic tar. The victims float in a kind of hypno-stasis, waiting to be drained of their insides. Every seduction is ghoulish but cold, and every sex-brained Scotsman is left with his pants down and his body emptied. “We wanted to demonstrate her at work, and the relentlessness of it and the repetition of it,” Glazer says. Johansson never touches these men and they almost never touch her. 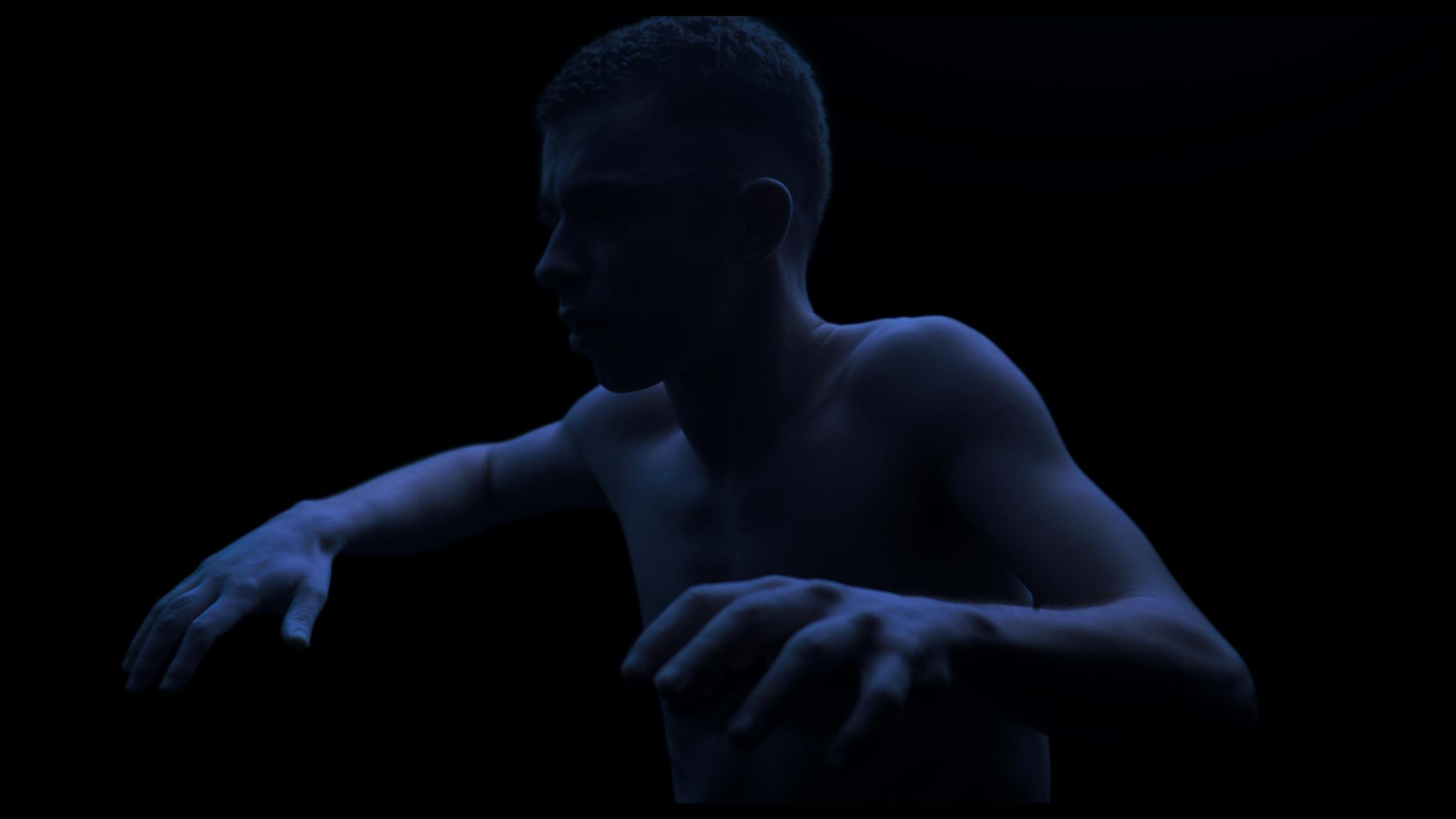 But who is controlling her? Who is she feeding? Why only men? Who are the motorcycle-riding fixers that keep appearing? And why Scotland? There are no answers. Glazer isn’t interested.

“No, and that’s what’s going to piss people off,” he says. “The thing is, the exposition, it is in there. There is a logic to everything. An unspoken logic. It’s all in there. None of it is by accident. I’m very conscious of things making sense, actually. Otherwise it’s a folly. You have to be in control of your own ambiguity.”

Under the Skin, which opens tomorrow, has pissed some people off. Its cold beauty and aversion to standard form has put some distance between it and some critics, dating as far back as last year’s Toronto International Film Festival, where it premiered. It’s not necessarily an uncommon response for Glazer, who directed the rat-a-tat British gangsters-gone-to-seed 2001 drama Sexy Beast and 2004’s Birth, which disappointed and confused some upon its release. Ten years later, it feels like a perfectly observed companion to Under the Skin, with its story of a 10-year-old boy who’s come to believe he is the reincarnated husband of Nicole Kidman’s Upper West Side widow. Johansson called her character’s arrival in Under the Skin “a birth” at TIFF last year. The boy of Birth and Skin‘s Laura share a chilling blank stare, and a mission to unsettle.

The London-born Glazer, who is 49, came to prominence as a music video director in the 1990s alongside a generation known as much for its high-concept videos as its rigidly identifiable styles. Glazer’s work — Radiohead’s “Karma Police,” Blur’s “The Universal,” UNKLE’s staggering video for “Rabbit in Your Headlights” — is gloriously weird and obsessed with motion. Cars race and smash, men leap and fall, fire engulfs the screen, a dancing man in a hat glides across the floor as if it were an all-ways conveyor belt. (You may recall a video he made for a little band called Jamiroquai.) These videos and more appear in one of the essential Director’s Label DVD collections, which also featured rising stars like Spike Jonze and Michel Gondry. Glazer’s also arguably the greatest living director of commercials. Ten years ago, he seemed poised for a career not unlike the music video brats — David Fincher, Michael Bay, Simon West — who came before him. His would be more Anglophilic, more cerebral maybe. But he would work. It hasn’t been the case.

The path to Under the Skin has been unexpectedly long — he spent years reshaping and rethinking Michel Faber’s 2000 novel, upon which the movie is based. At one point, the story was meant to feature two aliens living as Scottish farmers — Brad Pitt was attached for a spell as one of the aliens. Eventually, Glazer and cowriter Walter Campbell returned to Faber’s single female alien conceit, though they sanded off much else from the book.

“The central character is not the same character, but, well, in a sense, she is,” Glazer says. “I think there’s just something fundamental about it, and it took a while to strip everything else away that I wasn’t interested in. It’s almost like I had to go through the motions of developing the first couple drafts of the screenplay in order to understand that that wasn’t what I want to write.”

Glazer has created a character that is a non-character and Johansson is asked to cope with that, to learn all human action from the ground up. What does it mean to live like a human, and among them? We only see the oddity of Earth through her eyes. How to formulate words. How to put on a pair of boots. How to flirt. How to navigate a bustling mall. How to play dumb. How to walk through a vast forest. How to entice. How to copulate. And while Johansson has been described in some strange terms of late — she is achingly present in culture right now, in Captain America: The Winter Soldier and the forthcoming Lucy, disembodied in Her, in Dolce & Gabbana campaigns, and in the SodaStream imbroglio. She’s amazing in Under the Skin — her blankness is a gift, until it no longer is. There is a scene on a wind-strafed beach in the movie that is both chilling and, to use Glazer’s word, logical. She is an animal, a huntress. That Glazer used hidden cameras and microphones and real Scottish locals during many of the scenes offers Johansson a rare kind of immersive improvisation — one of the biggest movie stars in the world, and someone viewed as a lust object, forced to seduce the unwitting while in disguise and in “character.” Here, the phoniness of flirtation is more dangerous than ever.

Eventually, the repetition halts and a realization begins to wash over Laura. Finally, the movie changes. Glazer’s science fiction isn’t in the black acrylic sex dungeon or the hollowed-out skin corpses or the Kubrick-esque river of neon blood. It’s in the realization. “My feeling is that we are all alone anyway,” he says. “So really, we are alone together, at best. We’re all alone. So the story is about that, in a sense.” 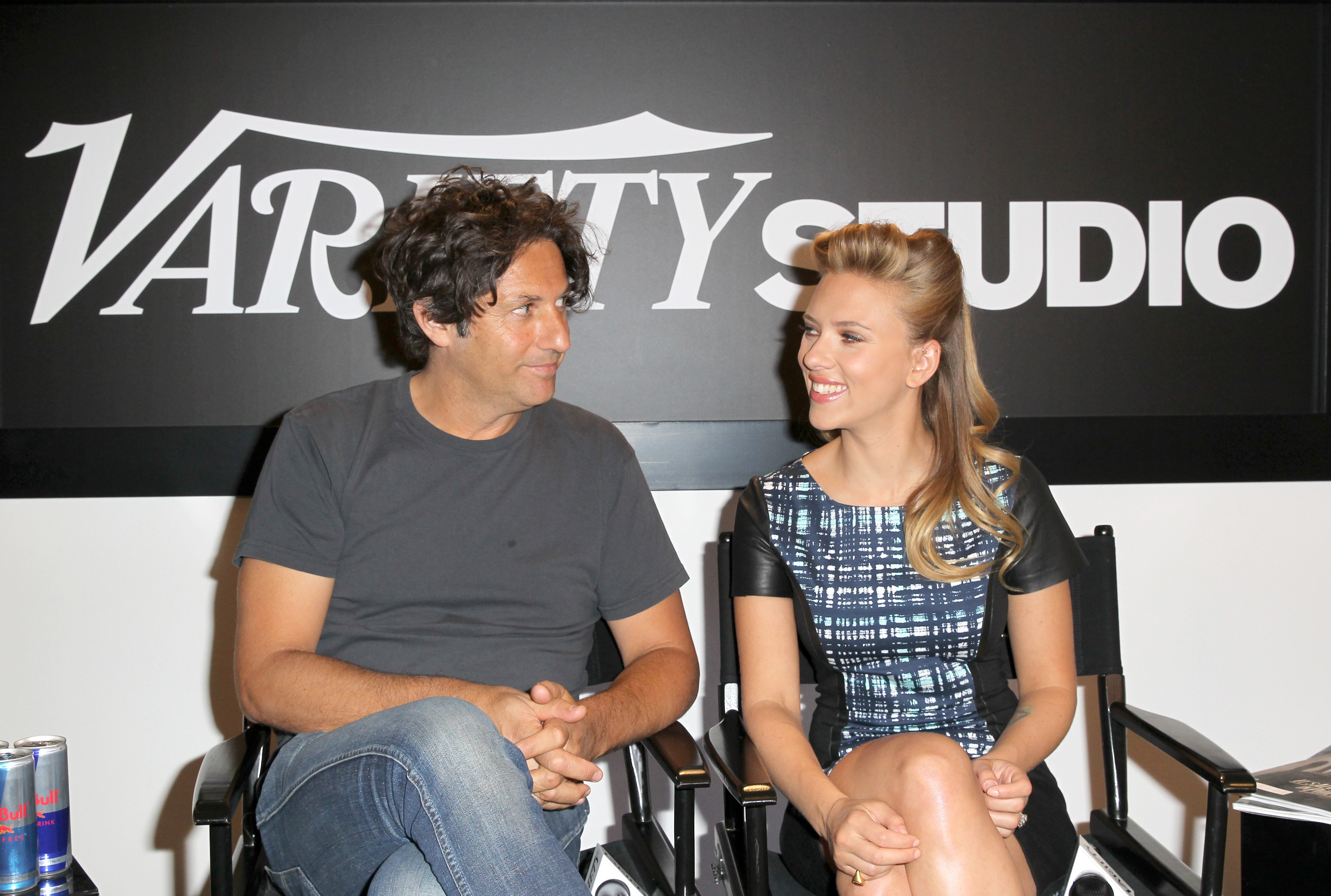 Under the Skin roils to this big alienation (look at this beguiling, unexplained promotional website for the movie), with which it has some company at the movies. It’s an idea that appears in Denis Villeneuve’s creepy doubling drama Enemy. It appears again in Richard Ayoade’s similarly themed The Double, coming this summer. You can feel it around the edges of recent movies like Moon and Upstream Color and Another Earth — small, manicured movies with big but blurry ideas about how we live now. They are “smart” movies, if not always smart. But that is the fate of science fiction in Hollywood, at least any kind of science fiction with intellectual ambition. (There are your Loopers and your District 9s, but they are few and often indie.) The reach of a movie like 2002’s Minority Report — at that, a scaled-back Philip K. Dick adaptation — feels miles away. What passes for big-budget sci-fi these days is bound by franchises and remakes. The swooping religiosity of Prometheus. (Source material: Alien.) The thunderous mechanics of Transformers. (Source material: toys.) The franchise-able world-building of Avatar. (Source material: unchecked ambition.) These movies have ideas, too, but they’re caked in Event-ism. “For me, science fiction was like a huge theater, like a huge piece of art,” Alejandro Jodorowsky says in the energizing and instructive Jodorowsky’s Dune. And it was. It is now, but something is missing.

Jodorowsky is practically vibrating with grandiosity of vision in that documentary, but there is something inspiring about it. The Chilean French filmmaker’s most exasperating faux pas in the film — “When you are making an adaptation, you must not respect the novel … I was raping Frank Herbert, raping, but with love …” — recalls something Glazer says about Under the Skin.

“I think you can do an adaptation of the book with it not bearing any obvious resemblance,” he says. “But I think it’s connected to it more spiritually.” Glazer is less inclined to Jodorowsky’s verbal spray — he is measured and hesitant with bold statements of any kind — but what they share is a lack of piety. Under the Skin, like Jodorowsky’s Dune, is faithful only to itself. I can’t think of another movie like it.

Glazer didn’t want Johansson, or any movie star, at first. “How do you cast an alien, exactly?” he says. “I didn’t meet an alien. My casting director didn’t put me in a room full of aliens and say, ‘Who do you like?'” After several years trying to kick-start production, financial realities made it clear that to get this very specific movie with its very specific vision made, he needed a name his producers could hang it on. Ten years and one startling thing later, the elevator pitch — Scarlett Johansson is a sexy alien seductress killer — sounds like high-end Species. In other words, a hit. Under the Skin will likely not be a hit. It isn’t even trying.