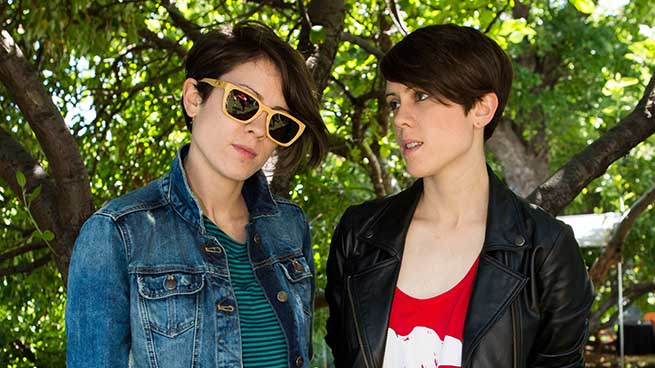 I’m a big fan of any news report or press release that gets better/worse/more important with every new detail — the non-inverted pyramid, if you will. The premiere of Justin Bieber’s Drag Race this morning was a high-profile version of that. (DUI? And drag racing? And prescription drugs? And blocked-off Miami street? And Diddy’s son’s ex?) But maybe you need a mood lifter after all that terrible behavior, just to cleanse the palate, so to speak. I’ve got one for you, but maybe it’s best if we just start with the facts:

In case you’re wondering, no, the Quin twins did not pen the ditty themselves (according to Billboard, it was written by copywriters at the Martin Agency, which has also written songs for previous Wonderfilled campaigns with Kacey Musgraves and Owl City), but it is a strikingly lifelike impersonation. Apparently when the ad premieres “for reals” (i.e., on television, where we all know everything important happens for the first time), you can tweet some kind of hashtag and be the among the first to try the new flavors, which … OK, not gonna lie, that is an amazing incentive, I will probably tweet that hashtag. Apologies to my followers in advance.

The song, like the Oreo itself, strikes a perfect blend of light and dark, tapping into a universal need for individuality and self-expression that might even extend beyond our snacking choices. The full lyrics, for your inspiration:

Wonder if we tried a new thing

Looked inside, see what we can bring

Forget who you’re supposed to be,

Take all your crazy flavors, show them all to me

If we dare to wonder about what holds us down,

The fears, the doubts,

Could we spark something, watch it grow?

Be more wonderfilled than we know

I dunno, guys — it’s still January, but this has summer jam written all over it. Looking forward to dancing to the full extended version among the flower children of Southern California when T&S play Coachella this spring. And as if all this wasn’t Wonderfilled enough, Tegan & Sara have also joined forces with the Lonely Island for a song on the soundtrack for The Lego Movie entitled “Everything Is Awesome.” Excellent synergy all around; “Lego” and “Oreo” are two of the only words in the English language that rival a good Tegan & Sara pop anthem for general dopamine triggering.