As I write this column, Showtime’s revival of Twin Peaks, announced with great fanfare and an almost complete lack of substantial information last October, appears to be deader than Laura Palmer — although it may mean something that Laura Palmer was not dead for very long before her look-alike cousin showed up. David Lynch, Peaks’s auteur if not entirely its author (he directed six and cowrote only four of the show’s 32 hours), has walked away, claiming on Twitter that despite 16 months of negotiations, “not enough money was offered to do the script the way I felt it needed to be done.” It is not clear why negotiations over money for just nine new episodes would under any circumstances have taken 16 months. Nor do we know whether the fight was about Lynch’s salary, the overall budget, or something else entirely, or what moved both parties to interrupt that long wrangle with an announcement that the show was going forward in the first place, or whether the project has a Lynchless future. Series cocreator Mark Frost may still be aboard, but members of the original cast have rallied behind the director in a video that, in itself, may largely satisfy your desire for a reunion series.

I was excited when the return of Twin Peaks was announced, but excited in the provisional, in-the-abstract, theoretical way that is a luxury of getting to imagine what a revived show might be without having to see what it actually is. Now, I am disappointed, and also, I have to admit, relieved. When it aired a quarter of a century ago, Twin Peaks (“the original,” as we will have to call it if the relaunch goes forward) was a little more than a year of revolutionary, often great, sometimes flailing, agonizingly suspenseful, and then gracelessly protracted television. It died a Nielsen-driven death at the end of its second season, when even its most die-hard fans were abandoning hope that the series would rediscover what it had largely lost. A year later, Lynch added a PS — the 1992 theatrical release Twin Peaks: Fire Walk With Me, which was received with mild interest by critics and grave indifference by audiences (it grossed $4.2 million, which meant that a microscopic percentage of the 34.6 million TV viewers who watched the first episode went to see it). And that was, we all thought, the end.

And maybe it should have been. Twin Peaks was many things — a form-busting piece of director-driven TV of a kind that was unheard of in the pre-cable era and remains rare today, a whodunit with a teasingly slow weekly titrating of clarifying information in an era when brisk pacing was a staple, a drama packed with Easter eggs and winks and memes before recaps and real-time Twitter dissections existed.1 While I would never turn up my nose at nine hours of Lynch-directed television (and at least 50 percent of me still hopes that happens), I confess to no particular desire to see the show’s various ill-remembered plotlines disinterred, or to engage in nerd brawls about whether these should count as Episodes 31 to 39 or 2.1 to 2.9 and whether the movie is really canon. To imagine that the story of Twin Peaks somehow needs to be continued is, by implication, to express disappointment that there wasn’t closure. But there was; it came when Laura Palmer’s killer was revealed, with 13 more largely unfortunate hours still to go. There’s a case to be made that Twin Peaks was a two-hour masterpiece that then became a one-season near-masterpiece that then became a very fine 18-hour murder mystery that finally became a TV series that couldn’t figure out when or how to go away.

Take a look: This is how we had to do it in the old days.

Twin Peaks Redux felt like a tantalizing product in part because, after that brief moment when a filmmaker as esoteric and singular as Lynch and a medium as blandly conforming as prime-time first-Bush-era network TV intersected, they went their separate ways definitively. Even as television stretched itself, the circle of what counted as “mainstream” becoming ever wider and more inclusive, Lynch receded. He’s made only one movie since 2001 — Inland Empire, which was barely seen or discussed outside the impassioned but tiny cinephile bubble. Other than that, there’s been some nice handcrafted furniture and a book about Transcendental Meditation and a kind of quiet collective hope that he has not yet said all he has to say as an artist. A rebooted series would have been a return — not just to the scene of one of his greatest triumphs, but to actual engagement with an audience.

But I fear that something else is also driving our collective enthusiasm: A social-media-driven appetite for easy nostalgia, which is more inimical to the spirit of Twin Peaks than any other sentiment I can imagine. Perhaps the scripts that Lynch and Frost have prepared are as medium-defying as anything we saw in 1990, but it’s a tall order to be revolutionary on demand, and what if they aren’t? What if the revived or reheated or reanimated Twin Peaks turns out to be something absolutely awful, where every familiar character gets a ponderous entrance, the way the members of the Enterprise did in that first, abysmal Star Trek movie? What if Kyle McLachlan is forced to say “This is — excuse me — a damn fine cup of coffee” so we can chuckle because that’s his thing! and Sherilyn Fenn is made to tie a knot in a cherry stem, and the log lady still has to carry around a log? What if what was fresh and shocking in 1990 feels arch or overfamiliar or, even worse, behind the times in an era when seemingly half the drama series on television proceed from the discovery of a dead girl? What if Twin Peaks seems hermetically referential in a way that the original did not? What if it becomes a cuddly fetish object rather than what it was, which was a gut-punch to a set of TV conventions that no longer exist in part because David Lynch helped to demolish them?

Well … that would suck. And it would be so great if it didn’t turn out that way. And sometimes it doesn’t. The impulse to revive these series usually resides somewhere between the creative and the mercenary (every entertainment company dreams of revitalizing the revenue stream of its dormant catalogue product), but that doesn’t always mean poor results. HBO’s The Comeback, for instance, took what amounted to a nine-year hiatus between its first and second seasons, came up with a story line that, once it got into high gear, managed to make Season 1 feel like the first half of something that was now being made whole, and ended with (I would say) its story well and completely told. At which point, of course, everybody who loved it began bouncing up and down and yelling, “We want Season 3!” But do we? Conceivably, in another nine years, it could be time to check in on Valerie Cherish again, but my great desire to see Lisa Kudrow be brilliant in a TV comedy every week doesn’t mean I want more of Val’s evidently finished narrative, any more than I need to know what chores Dorothy did on the farm in the week after she woke up from dreaming about Oz. 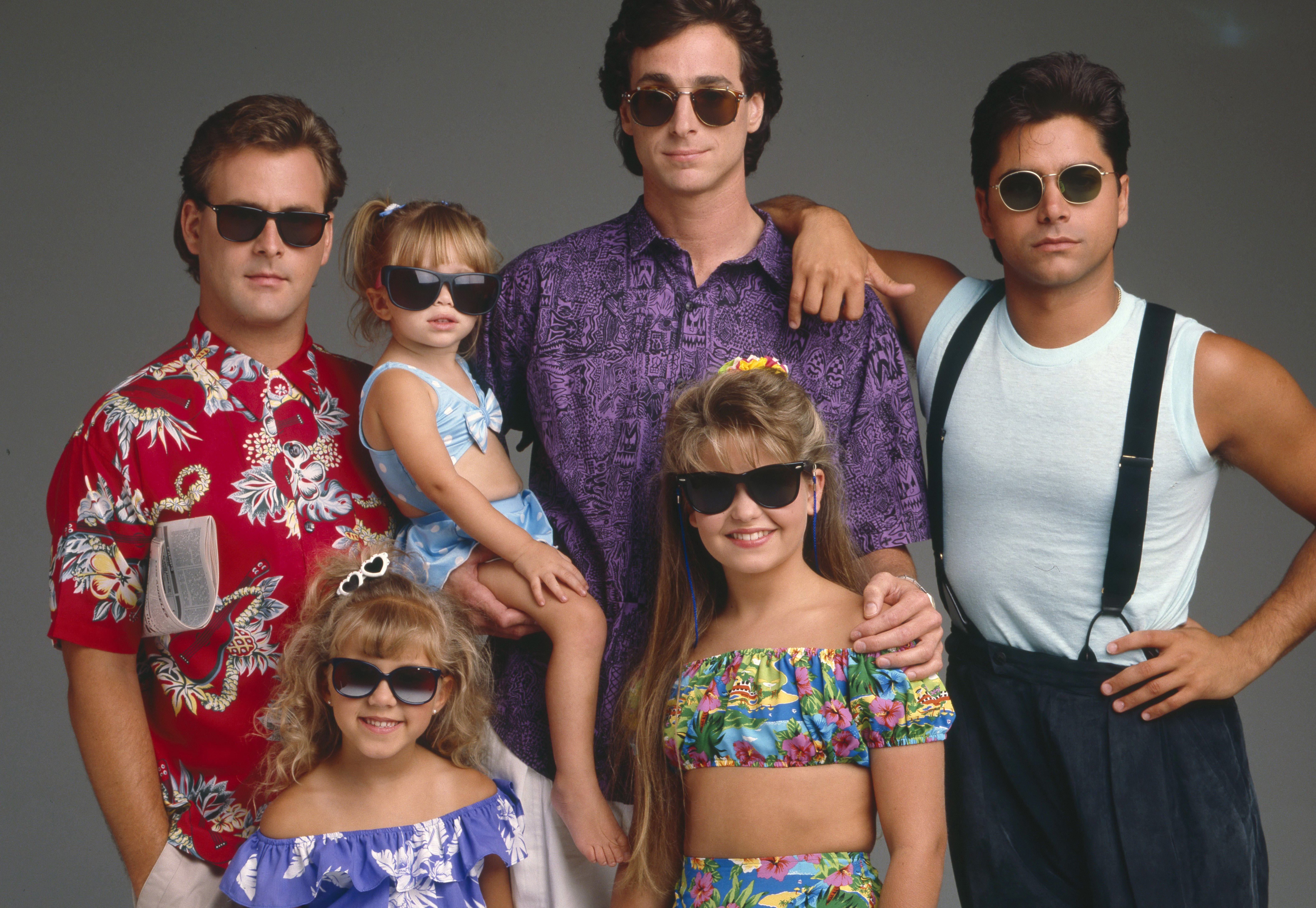 We devour pop culture more voraciously, and digest it with more sophistication and intelligence, than we ever have before. But in an age when the word “binge” has come to describe, rather than something grotesque and excessive, a completely acceptable form of consumption, perhaps it’s not surprising that we’re no longer very good at saying “I’m full,” and we’re even worse at hearing “That’s all there is; there isn’t any more.”

Because more often than not, those extra helpings tend to land heavily and queasily in our systems. Last year, everyone was excited that 24 was returning after four years off the air, four years of endless rumors about a movie or a reboot or a revival. When it finally returned, as a 12-hour miniseries last summer, it took viewers about one night to realize that what they were getting was the ninth season of a show that had been canceled after eight seasons; unsurprisingly, it got the lowest ratings of its run. Entourage ran for eight years and 96 episodes, the last of which was titled “The End.” Now it turns out that that basically meant “The End For Four Years And Then We’re Going To Ask You To Pay To See A Movie” (it opens June 5; I predict that Eric, Vince, Turtle, and Drama will be exactly the same, yet somehow older!). The Veronica Mars movie was certainly a fascinating exercise in crowdfunding, but I didn’t hear much from the people who actually saw it except “Well, that was … certainly a fascinating exercise in crowdfunding.” And if the “six seasons and a movie” Community organizers get their wish after this season wraps up on Yahoo, I expect the big-screen result to be greeted less with joy than with gritted-teeth we-did-it-you-assholes defiance. This week, the Washington Post called plans for the return of Twin Peaks “such a victory for fans of the series.” If that’s true, let’s at least acknowledge that a victory for fans isn’t necessarily the same thing as a victory for the series itself.2

Now is the time to thank David Chase for never giving in to the baying for a Sopranos movie, David Simon for the majestic disgust that would prevent him from even considering a sixth season of The Wire, and Matthew Weiner, who I’m pretty sure doesn’t have a pitch called Mad Man ’92 on his Google Drive.

With apologies to the upcoming Full House revival, the series reboot that cultists — the audience that was most excited about Twin Peaks — are probably most looking forward to is The X-Files, which Fox and the show’s creator Chris Carter recently announced would return, with David Duchovny and Gillian Anderson, for six episodes sometime next season. There should be a German word for what I feel about this: Delight + Bafflement + Pre-Disappointment + Fear + Umlauts. The whole thing feels designed to have people scream with excitement at the teaser for the trailer and then the first trailer and then the second trailer and then the special five-minute preview at the end of an episode of Empire until the real thing finally arrives and almost inevitably fails to do whatever it’s meant to do. (You can say I’m being unduly pessimistic, but when, other than Star Trek, has a full-on relaunch of a dormant TV entity ever worked in a sustained way?)

There are so many questions to ask about The X-Files. Is the idea to use the two stars as a bridge to a full-scale relaunch with a new cast — a kind of X: The Next Generation? Or to test the waters for further short-run X-Files revivals in coming seasons? Or to continue a “mythology” that was so attenuated and abstruse that only the most fanatical devotees can have retained more than bits and pieces of it? As an X-Files fan, I’ll be onboard no matter what. But my greatest fear is that whatever the new series/miniseries/“event” is, it will play like a Wonder-Con experience. Hold up your light sticks for Scully and Mulder, together again! Take a bow, Skinner! Welcome back, Cigarette Smoking Man! Oh my god, it’s Krycek! It’s Tooms! It’s the black-oil aliens! It’s … it’s … it’s … not really a satisfactory free-standing experience!

These revived shows can become little more than ways for their creators to let us know that they get what we loved about the original. But it’s hard to enjoy a television series whose primary goal is to pander to our collective affection for its — and our — younger selves. It’s a cheap high. But as much as we might wish otherwise, you can kill Laura Palmer only once.3