In the 21 years since his suicide, “afterlife” Kurt Cobain has long since surpassed “sentient” Kurt. Between 1989 and 1994, Cobain released three studio albums with Nirvana — 1989’s Bleach, 1991’s Nevermind, and 1993’s In Utero — plus an odds-and-ends compilation, 1992’s Incesticide. Factoring in various EPs, 7-inches, and stray compilation tracks, that’s around three and a half hours of music, which about equals what’s contained on 2004’s With the Lights Out, a three-disc boxed set collecting B-sides as well as previously unreleased demos, rehearsal recordings, and live concert tracks. On top of that, there are three posthumous live albums — 1994’s MTV Unplugged in New York, 1996’s From the Muddy Banks of the Wishkah, and 2009’s Live at Reading — and five concert DVDs. And all of the original LPs have been reissued in the form of lavish deluxe editions that add scores of scrounged-up alternate takes, live versions, “boom box” recordings, and raw Steve Albini–approved remixes to formerly modest track listings.

Cobain’s backstage life has also been exhaustively documented. Seattle journalist Charles R. Cross has published four Nirvana books, including the definitive Cobain biography, 2001’s Heavier Than Heaven: A Biography of Kurt Cobain, which supplanted Michael Azerrad’s Come As You Are: The Story of Nirvana, published six months before Cobain’s suicide. Then there’s Kurt Cobain’s own Journals, released in 2002, followed by Everett True’s Nirvana: The Biography; Bruce Pavitt’s Experiencing Nirvana: Grunge in Europe, 1989; and Nick Soulsby’s just-released I Found My Friends: The Oral History of Nirvana. Beyond those books, there’s another pile of less-heralded Nirvana tomes to peruse.

Don’t feel like clearing all that shelf space? You can get the gist of Cobain’s story from numerous documentaries, the most notable being Nick Broomfield’s unauthorized and highly entertaining Kurt & Courtney, which speculates on Courtney Love’s potential culpability in her husband’s death; AJ Schnack’s affecting though somewhat drab Kurt Cobain: About a Son, an impressionistic first-person essay centered on audio excerpts from 25 hours of interviews with Azerrad; and, finally (for now?), the new Kurt Cobain: Montage of Heck, a project shepherded by Cobain’s daughter, Frances Bean, and directed by Brett Morgen.

Even with so much material already cluttering the Nirvana-verse, Heck is the most hotly anticipated Cobain documentary yet. (It opened in select cities last week, and premieres Monday on HBO, after a highly acclaimed film-festival run.) Morgen — whose previous films include the witty Robert Evans first-person profile The Kid Stays in the Picture and the wan Rolling Stones documentary Crossfire Hurricane — worked on Heck for eight years while plumbing the depths of Cobain’s personal archives, which include home movies, artwork, and precisely 108 audio tapes that document jam sessions, sound collages, and Cobain’s withering childhood remembrances.

The aim of Montage of Heck is to authentically convey Cobain’s tumultuous interior life, spanning from his tormented childhood in Aberdeen to his bucolic, pre-fame days as a sneakily ambitious touring musician to his troubled (and kind of romantic) marriage. In Morgen’s view, the “real” Cobain only expressed himself in private. While Heck includes clips of Cobain’s puckish interactions with the media, it’s usually to illustrate how guarded he was in front of other people. Apparently, Morgen believes Cobain’s caginess extended even to his family and friends, of whom only a small handful are interviewed.1

Including Cobain’s mother, Wendy O’Connor; father Donald; stepmother Jenny; sister Kim; ex-girlfriend and unofficial patron Tracy Marander; Nirvana bassist Krist Novoselic; and Love, who may or may not be on the level with some of her answers. Nick Broomfield speculated as much when I interviewed him last week. The most conspicuous no-show is Dave Grohl, who apparently was interviewed but not included in the film.

In lieu of talking heads, Montage of Heck relies primarily on Cobain’s own words, music, and art, creating an overwhelming kaleidoscope of raw sonic and visual stimuli that resembles Jeff Stein’s unruly 1979 Who documentary The Kids Are Alright on downers. Morgen occasionally has the benefit of home video to show parts of Cobain’s life that were previously only speculated about, like the extended lost weekend at Nirvana’s height in 1992 when Cobain holed up with Love in an L.A. apartment to “paint and play guitar and do heroin” for several months. (As far as depictions of millionaire twentysomething junkies go, these scenes are surprisingly touching and funny.) More often, Morgen acts as a kind of curator for Cobain’s psyche, applying his considerable filmmaker’s ingenuity to fill the gaps in Cobain’s reserves of leftover sound bites and imagery. It’s sort of like what Timbaland did for Michael Jackson’s abandoned demos on 2014’s Xscape — Morgen treats his deceased subject as an active collaborator, and in the process attempts to channel his fallen cohort’s signature mannerisms.

In one memorable sequence, Morgen explodes into a montage of Cobain’s grotesque paintings and drawings set to the punishing drum fills from “Scentless Apprentice,” in order to underscore Jenny Cobain’s point that Kurt “didn’t feel worthy because he was rejected” by his parents as a teenager. Later, Morgen uses animation to bring young Kurt back to life, like Cool World in reverse; he animates an audio recording in which Cobain relates darkly comic anecdotes about his teenaged misadventures with sex and drugs, culminating with an attempted suicide by lying down on train tracks. The portrait that emerges is about what you’d expect — Kurt is a complicated guy prone to depression who is sympathetic but not always (or even often) likable. 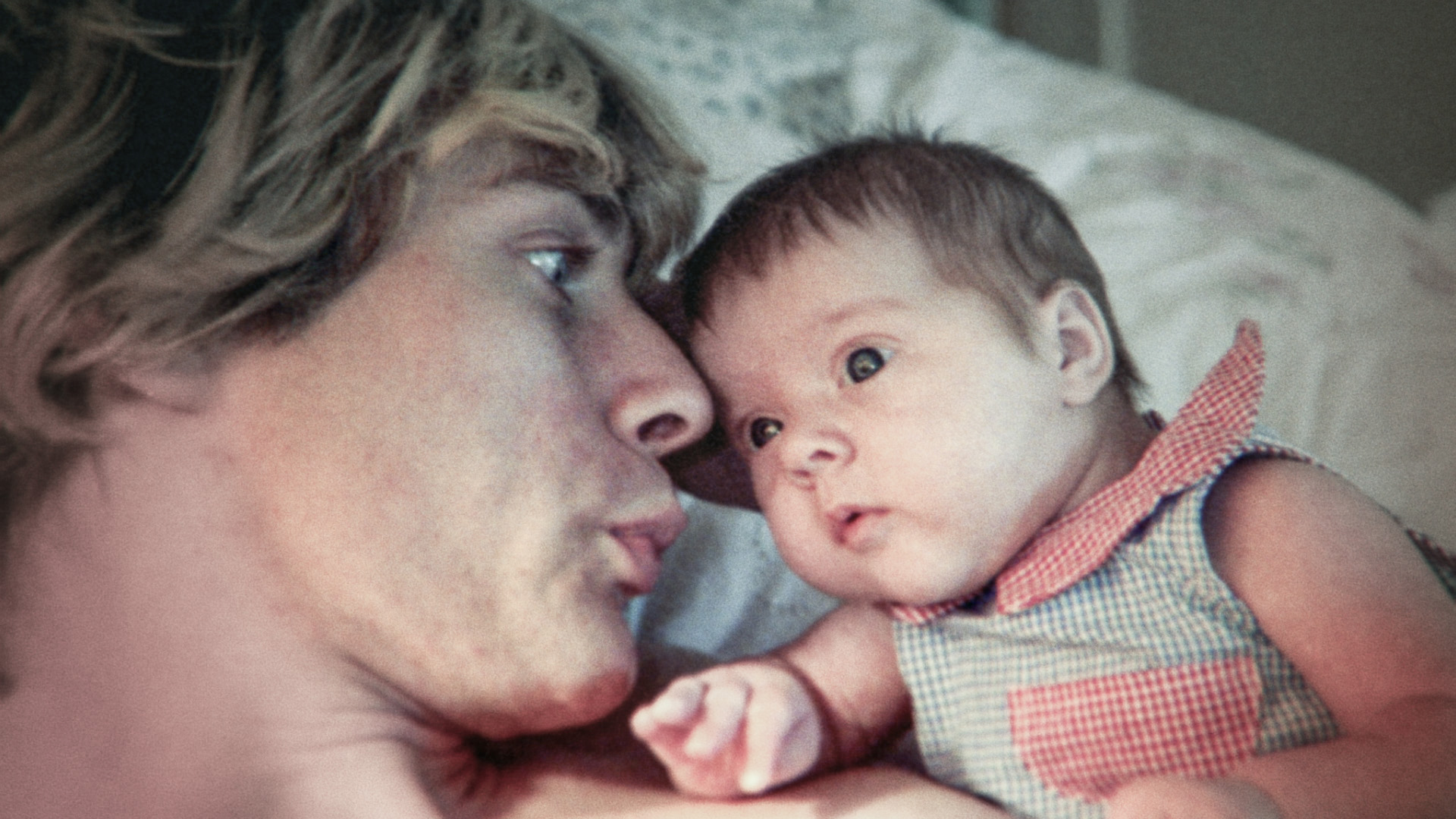 As Frances Bean Cobain recently told Rolling Stone, Morgen was instructed to play down “the mythology of Kurt.” Humanizing the icon has been the mission of all new products introduced into the Kurt Cobain remembrance economy — even when, paradoxically, it’s the mythology that makes movies like Montage of Heck possible. But what does it mean to humanize a person whose frailties are already embedded into how his art is perceived? In death as in life, the public’s fascination with Cobain’s personal dysfunction has transformed him into something more (and less) than human. Montage of Heck does not challenge this paradigm. Once again, we watch Kurt burn out, and yet he is not permitted to fade away.

Restoring Cobain’s humanity isn’t really about Cobain anyway. It’s about catering to those of us who love Cobain’s music and desperately want to hear it again without automatically thinking of his suicide. If we can just find the right alternate take of “Breed,” captured on some broken-down tape recorder with nonexistent fidelity, maybe we’ll be able to get beyond the baggage and appreciate Nirvana as we once did, with fresh ears and an unself-conscious mind.

How hard is it to remember that it once was possible to listen to Nirvana and feel surprised? I was 14 in the fall of 1991 when I saw the video for “Smells Like Teen Spirit” for the first time, and I didn’t know if I’d ever see it again. For all I knew, some weirdo hacked into my cable box and slipped this manic-depressive mumbler between Seal and Color Me Badd on MTV. The possibility for discovery with Nirvana — which is what initially made Kurt Cobain not a spokesman nor a martyr but an agent of fun and irreverence — is gone forever. Now, even my own memories of “Smells Like Teen Spirit” are frustratingly archetypal; my back pages are basically liner notes written by David Fricke. This is how Cobain loses his humanity. Humanity is a mess of certain confusion, accidental insight, and unknowable resolutions. Cobain’s life is now a fixed narrative that plays on a never-ending loop, as myths do.

If you weren’t alive at the time, the narrative can nonetheless be recited by rote: Kurt Cobain was born, he suffered, he formed Nirvana, he suffered some more, and then he died. Since the end of his story has been spoiled, any retelling is destined to be only about how he got there. No recently unearthed “lost” recording, rigorously researched biography, or officially sanctioned documentary has been able to transcend or reshape the narrative. It’s like the song says: All in all is all we are.

I’ve seen Montage of Heck twice now. The first time I felt exhilarated and gutted. I was moved even when Morgen makes obvious choices, like when Cobain’s complaints about the rampant “Reagan propaganda” at his high school are intercut with scenes from 1979’s juvenile-delinquent opus Over the Edge and the buzz saw Sabbathisms of Nirvana’s “School.” Power chords are obvious. Some things work because they are obvious.

No matter my cynicism about how often Cobain’s story has been told and retold, I was disarmed by how the pain Cobain left in his wake is still fresh for the people in his life. Their grief is the one thing that doesn’t seem rehashed; it’s still very much part of the present tense. Not all of that pain was caused by Cobain’s death — like so many divorced couples, Wendy and Don still haven’t reconciled their decades-old resentments. Kurt’s suicide subsequently became a new way for them to keep score against each other. For Wendy, Donald’s distant demeanor pushed Kurt away. For Donald’s current wife, Jenny, Kurt felt alienated because Wendy kicked him out of the house. Donald, meanwhile, talks very little — he looks shell-shocked, as his son did when questioned by Kurt Loder. 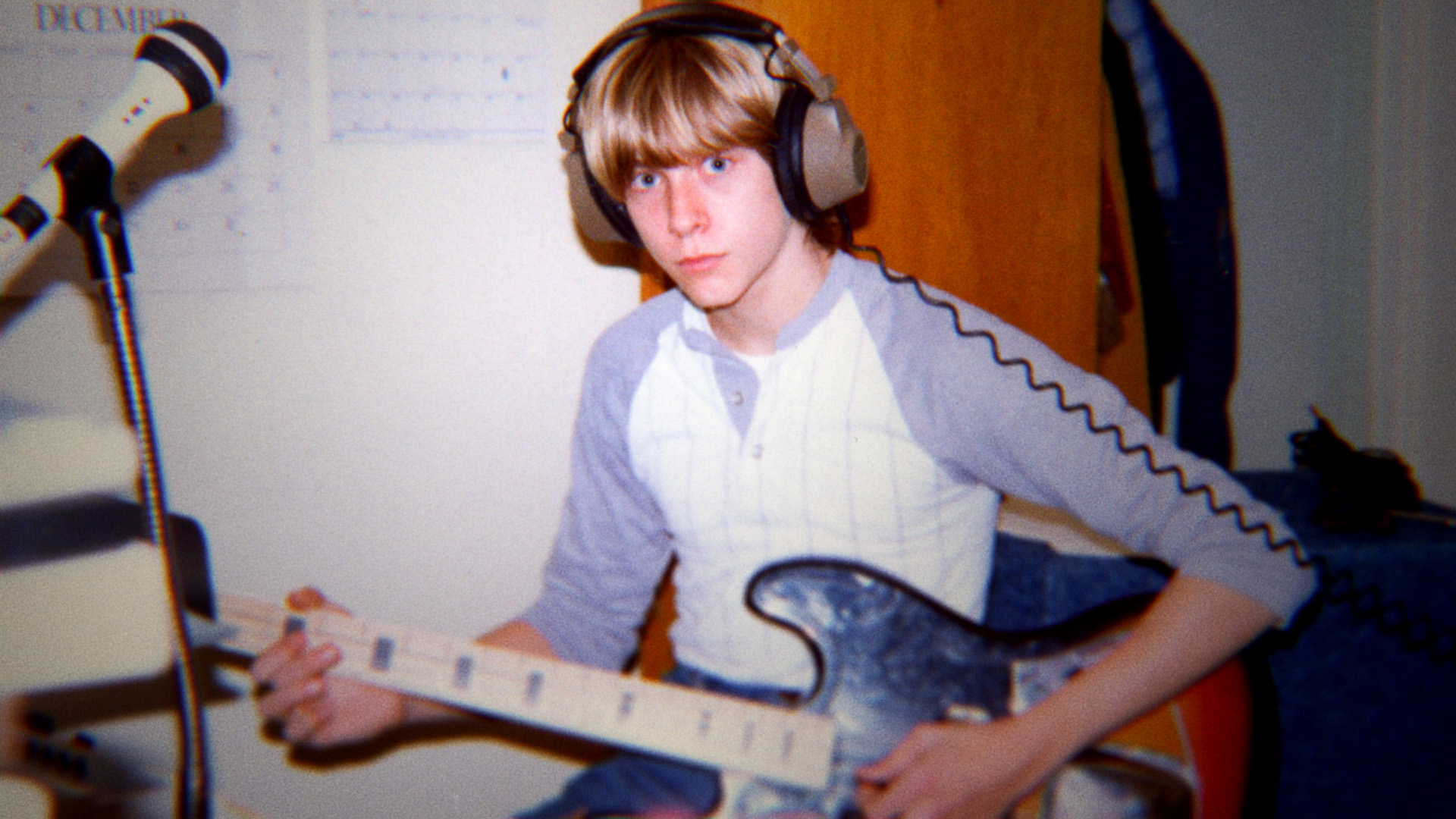 Then there’s poor, sweet Krist Novoselic, who seems perpetually on the verge of tears when he’s on camera. “You see the art, a lot of his messages are as plain as day,” he says at the film’s start. “With 20/20 hindsight, you think, Why didn’t I see it? or Why didn’t I say something?” It’s one of numerous instances in Montage of Heck when someone relives a long-lost interaction with Kurt, looking for clues to a tragedy that won’t ever be explained or rationalized. If Montage of Heck is an exercise in nostalgia, it leaves masochistic bruises.

The second time I watched Montage of Heck, I could sense a certain fatalistic malaise settling in. Morgen’s enthusiasm for the material, which refreshed a story I already knew by heart, had itself become familiar, and therefore subordinate to the myth. Scenes that had previously swept me up and filled me with joy now seemed to only foreshadow impending doom. I noticed that home movies of Cobain as a toddler — picture-perfect with his rosy cheeks, piercing blue eyes, and shiny blonde locks — are scored to “Oh, Me” from the funereal MTV Unplugged, a direct invocation of Cobain’s final days. Suddenly, the scene in which Kurt bashes out a kinetic “Mr. Moustache” with a happily bopping Novoselic and pre-Grohl drummer Chad Channing took on a tragic edge, like a first step toward a bottomless void. Every time Cobain cracks a joke in Heck — I love the scene in which he shares a bathroom with Love and performs a piss-taking cover of Soundgarden’s “Outshined” — it’s like whistling past the graveyard.

Perhaps there are so many Nirvana reissues, books, and movies because the elation they inspire is so short-lived. For a brief moment, you find a way around the myth to an entry point that makes Nirvana feel new and alive again. But that entry point inevitably closes in on you, and a bitter truth reemerges: The Kurt Cobain myth can’t be penetrated, because the myth is all we have left of him.