Justified is off this week, but we’re coming up on Episode 7, the dead center of the show’s 13-hour season, and a midpoint that’s served to introduce pivotal antagonists in years past. Season 1, Episode 7 brought in Bo Crowder; Season 3 gave us Sammy Tonin; last year we got Lee Paxton; and it stands to reason that with half the cast packing off to Mexico on a murder mission next week, we’re either about to meet some new bad guys or get to know the just-introduced Messrs. Yun and Ruiz a lot better.

Dramatically, Justified executed its first big roller-coaster plummet of the year with the outstanding “All Shot to Hell”; after last week’s relatively quiet “Kill the Messenger,” it’s safe to assume big doings will be afoot next Tuesday night. Before that, take a look at where our heroes, antiheroes, and something-elses stand after six hours:

Season Objectives: Getting away with murder and ridding Kentucky of folks he finds unsuitable, namely the Crowe clan.

Obstacles: Himself. For a guy who makes a living off having bad guys thrown at him, being his own worst enemy is no mean feat, but Raylan causing trouble for himself at a regular rate is a recurring, hammered theme. He colluded with a Tonin to rid himself (and humanity, really) of Nicky Augustine. He’s been beset by Crowes since the first episode of this season, but look at why: From Dewey’s ridiculous trial appearance to being sent down to Florida and luring the swamp Crowes back up in search of Dewey’s fortune, our hatted hero brings his work home with him.

Forward Progress: Raylan, for all his virtues, is not all that great at throwing people out of Kentucky. The only Crowes he doesn’t have to worry about at the moment are the dead ones, and he’s not directly responsible for their removal from the arena, anyway. There’s been significantly more movement on the Augustine front, with Raylan confessing (offscreen, so we don’t know to what exact degree) his involvement to Art just after the last shot of Episode 5.

Season Objectives: Getting Ava out of jail and being the best got-damn drug baron in the state.

Obstacles: The actual circumstances, of his own design, that put Ava in prison. Cousin Johnny, who’s out to destroy Boyd’s drug trade and doing a pretty good job of it. Mara, still, somewhere, maybe?

Forward Progress: NOT GREAT, BOYD. Canada’s a no-go, so our spiky-haired weather vane’s turning to Mexico. His business remains under siege by his own cousin. Ava’s gone from county lockup to state prison. Boyd does seem to be consorting with a better class of henchbuddy this season, though; Jimmy and Carl have had their moments. But between recruiting the Crowes to help kill Johnny and being in drug-trade bed with Duffy, Picker, and these new gentlemen out of Mexico, Crowder’s future depends on a dangerous number of questionable loyalties. 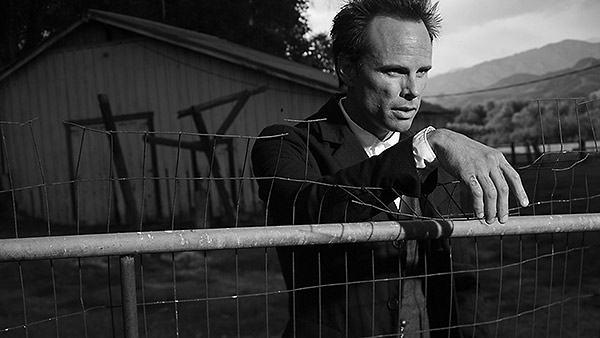 Season Objectives: Murky, but basically what everybody wants, really: money. Power. To settle into Harlan or blow town, depending on which Crowe is speaking at which moment.

Obstacles: For Dewey: his cousins and the great outdoors; we’d say himself, but he’s still alive, and that’s an astonishing accomplishment. Dewey, the god-beloved fool if ever there was one. For Wendy and Daryl: having no really bright get-rich ideas on the table, plus the increasing liability of Danny. For Danny: [Five-minute loop of rabid dog barking.]

Forward Progress: Also murky, with a lot of circling, in the manner of carrion birds. Two family members dead (Dilly and honorary Crowe Jean Baptiste). Wade dead by Dewey’s fumbling hand. One house, obtained and lost. Kendal, in and out of state custody. Daryl, on and off parole. One “Hang In There” kitten poster put up at Audrey’s, in the most quietly hilarious moment of the season. An alliance with Boyd formed, which carries the promise of serious plot advancement of some sort.

Season Objectives: Also indistinct, but here the lack of clarity works to create suspense. Does the chief deputy want anything more than to stroll into retirement riding a wave of adulation for the Theo Tonin capture? How badly?

Forward Progress: At the end of “Shot All to Hell,” Raylan’s unseen admissions yank Art out of whatever degree of thinning denial he’d been operating under. We’ve seen minimal but effective follow-up to that revelation, with the Raylan-punching and the inventory-volunteering, and while it wasn’t entirely satisfying at the time, putting off Rachel’s predicted Biblical shitstorm has helped make this the most intriguing conflict of the season.

It’s a crowded field this year, and the presence of so many new characters has elbowed Rachel, Tim, and Duffy further out of the picture than we’d like. Ava, at least, is reduced to passivity and helplessness for dramatic reasons; it’s a thoroughly depressing turn for her character, but it’s understandable. More screen time for Duffy is pretty inevitable, given what’s supposed to happen next week, but if we have a one-item wish list headed into the back half of the season, it’s a good, deep examination of how Raylan’s actions regarding Augustine will affect the colleagues who’re tasked with watching Raylan’s back and trusting him with their lives the way he says he trusts them.