It’s hard being fabulously wealthy. If you don’t know that already, your television will happily remind you as often as possible before and during the next commercial break. Sure, wearing expensive clothes, having anonymous sex, and riding in a helicopter looks glamorous at face value, but dig deeper! It’s actually quite terrible, you see. People follow you around taking pictures, call you nasty names on the Internet, and scrutinize your every life choice. The helicopter bit is nice though, so it’s worth it.

The scrutiny and attention exists because those of us down here at the base of Mount Olympus eating Trader Joe’s microwave meals for dinner don’t have much else going on to worry about. It’s more fun to watch a walking set of abs trade bodily fluids with a rotating cast of underwear models than it is to chronicle one man’s lone quest to finish his unemployment benefits application before he runs out of cups of instant ramen and his electricity gets cut off. That incessant media attention also carries the added consequence of acting as karmic retribution for the insanely wealthy daring to flaunt their success in our faces. Drag them down a peg or two for snorting and screwing their way through life and you won’t feel so bad about driving around in a car with no air conditioning. Every so often, we’re gifted with a truly detestable celebrity villain like The Jinx’s Robert Durst that confirms our worst fears about what money does to a person. Better to stay poor rather than go mad with power, says our popular entertainment. Ignore that helicopter, because inside of it is a lonely, sad addict just waiting to die horribly.

The Royals, E!’s first scripted hourlong drama, makes much of the tragic burden that the 1 percent must carry and valiantly attempts to harness our collective fascination with tabloid culture and the machinations of the British royal family. It exists in an alternate universe that asks the burning question, “What would life be like if the House of Windsor weren’t pale, froggy-faced, prematurely balding, and more tooth than person?” This royal family is young, stylish, pouty, prone to outbursts, and perpetually horny. In other words, they’re characters on a TV show. In exchange for doughy, elderly Queen Elizabeth II, we get Queen Elizabeth Hurley. While Fox’s Empire portrays the aftermath of a classic rags-to-riches tale of American hustling, The Royals offers up a wealthy family that owes their cushy lifestyle to an accident of genetics. Their money isn’t just old, it’s encased in amber like the mosquito from Jurassic Park. Their status makes them miserable because they did not earn it, and it’s just our luck that we get to enjoy watching them struggle with their fortune. 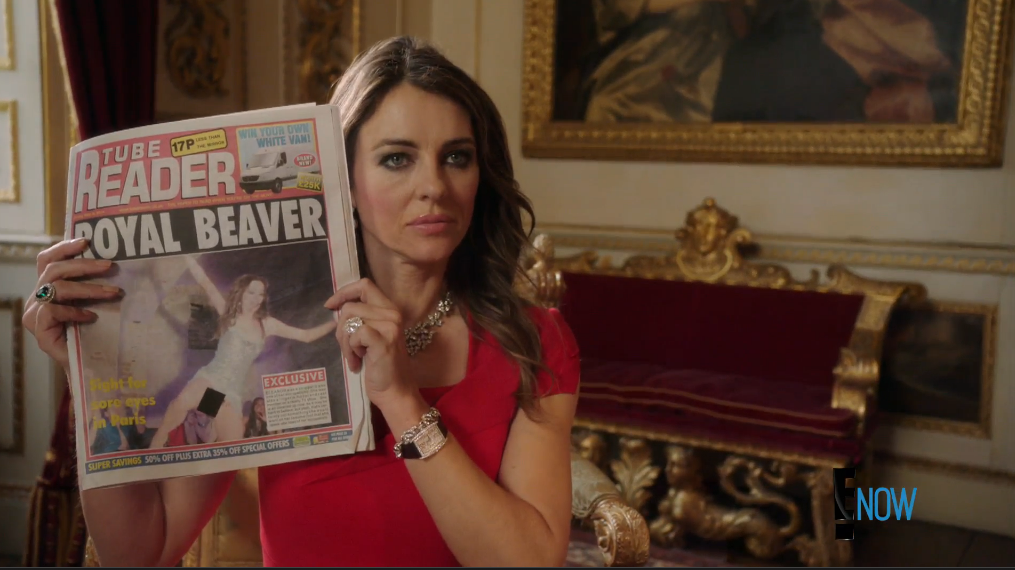 The expensive, globe-trotting exploits of the actual British royal family plays out daily in the myriad tabloid rags that sustain the United Kingdom’s working class. Charles, Camilla, Kate, William, and the rest do double-duty as punching bags and aspirational figures for plebs to drool over. E! is trying to replicate that on a modest scale by creating a fake tabloid (D-Throned) on social media that publishes fake stories about fake people doing fake bad things. It even produced a fake news video seeded onto E!’s main YouTube channel purporting to contain footage of a naked man escaping Buckingham Palace. Somehow, they found a few people who weren’t aware they were being duped. “Those Brits just love a good scandal!!LOL …Don’t we all??This seems like a publicity thing ..but what do I know..the dudes got a nice bod thats for sure !LOL,” said commenter Madam Vonkook last week.

Another commenter, Lolers ilol’d, got a bit more political with their obliviousness, stating, “Unfortunately it seems that the short lasting cultural position of the rulers being there to serve the people has changed back to the long standing tradition of royal-borns believing themselves to be above the law and better than all these peasants.” I want to believe that this commenter is a plant who was paid to write that, because it’s tantalizingly close to the thematic thrust of the series. In the show, noble King Simon declares to his insufferable family that he intends to abolish the monarchy because he believes the institution is destroying his family and turning them into self-centered assholes who spend their days moping around a giant castle. He’s not far off with that assessment, since most of the first episode involves the main characters moping around a giant castle. 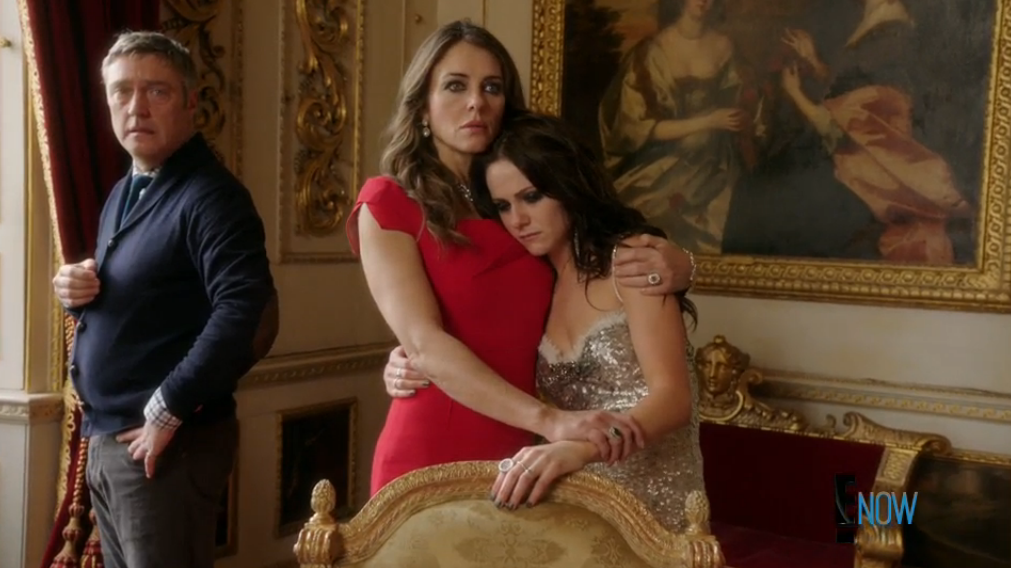 The catalyst that leads King Simon to this decision is the death of his eldest son, Robert. We are repeatedly told that the unseen, unheard Robert was brilliant, honest, brave, kind, and humble. He died in combat, a riff on the real-life Prince Harry’s tour of duty in Afghanistan and a character detail that separates him from his lazy, entitled, boorish siblings. The characters we’re meant to like are either ashamed to be royalty or are American. Robert’s rakish brother Liam falls for a sassy Yank named Ophelia who has the temerity to drink coffee instead of tea and talks back to Elizabeth Hurley’s Queen Helena. Helena, in turn, treats Ophelia like she has missing teeth, a giant ketchup stain on her breast, and mismatched socks the entire show.

The character least interested in self-reflection and feigned humility is King Simon’s brother, Prince Cyrus, played by Jake Maskall — an actor who looks like the physical embodiment of a fairy-tale villain. Through most of the running time of the pilot episode, I thought his chin was going to grow arms and legs and demand I hand over my wallet. He covets the throne his brother sits on and may or may not have engineered the death of Robert. His favorite hobbies include forcing himself on the women in his employ and openly discussing his nefarious plans with party girl Princess Eleanor. The pilot is bookended by Eleanor drinking too much, having blacked-out sex, and hoovering drugs into her body. It seems that she’s meant to be The Royals’s breakout character. It’s certainly not the generically handsome Liam, a character who’s about as exciting as licking a tin can. Eleanor’s behavior is outrageous and self-destructive to the point of absurdity, but we’re meant to sympathize with her plight because, again, being rich is difficult. 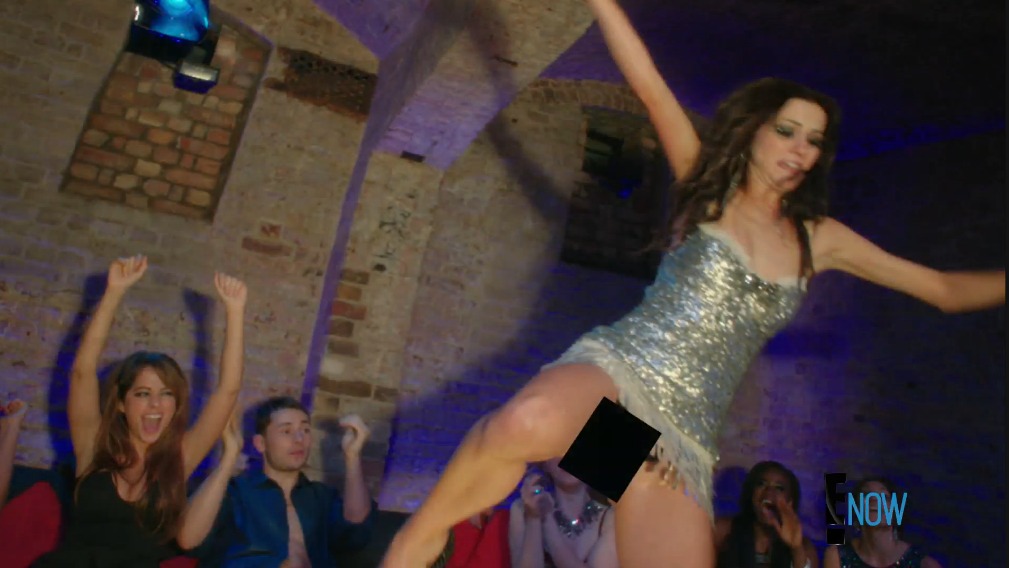 Queen Helena berates her daughter for her nightclub transgressions, which included her flashing her naughty bits while drunkenly dancing on a table. “My daughter, the princess, behaving like a common whore,” she says before finding out her saintly son is dead. Mum is judgmental and snobby, but Daddy is about as pure as the cocaine in the opening scene. “Don’t medicate all that wonder,” he tells Eleanor during his big “I’m the best father in the world” speech toward the end of the episode. He doesn’t judge his daughter for her behavior, and he actively encourages her to be better. It makes you wonder how she could have turned out to be such a wastoid with such a chill dad, but one must remember that no matter how chill your dad is, money for nothing ruins everything. When he’s not being a perfect father, King Simon spends the rest of his time staring out windows like he’s Christian Bale in The Dark Knight or someone who just got called a racial slur by a kid on Xbox Live. Sure, he just lost his son, but this show doesn’t make me think he’s been anything other than a dour old fart his whole life. The Royals portrays the monarchy as something akin to a 10-year stint in Guantanamo, minus the physical torture, but plus a helicopter. 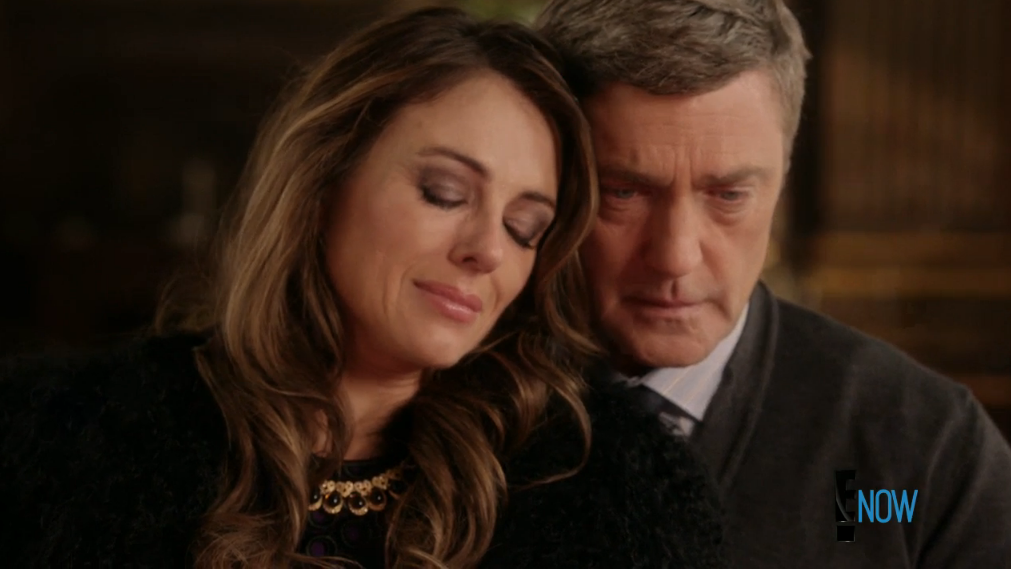 In one of the final scenes in the pilot, right before his brother’s aborted Dick Cheney–esque assassination attempt, King Simon declares that he wishes he were born a fisherman — one final paean to blue-collar, lower-class existence. The Royals is a show that wants to have it both ways, to claim that the life it glamorizes through fiction is actually not glamorous at all. It’s a show that wants to make its audience feel superior to the type of people they spend their leisure hours lusting over. That sounds noble if you spin it right, except that there are no fishermen on this show; there are no retail clerks, blacksmiths, accountants, farmers, dog walkers, or gossip bloggers with massive student loan debt. There’s just the faceless horde of normcore extras waving flags. The navel-gazing on this show both ruins the trashy fun of the soap opera genre and is transparently hypocritical. It’s sort of like making an anti-war action movie or a space opera about trade routes and tariffs. The Royals cannot be both a trashy soap and an examination of the price of undue fame (that’s on E!, for Christ’s sake). To paraphrase a real-life infamous monarch, stop trying to feed me vegetables and let me eat cake.