It was a few years ago. And it started in January, with perhaps more pomp and circumstance than any other year in the past few years of years.

Seven days into the year, the stepsister of Bianca Lawson, Beyoncé Knowles, gives birth. To a child. Blue Ivy Carter.

The Neptunes-produced track is gorgeous. Jay arguably hadn’t shown real sensitivity since 2001’s “Song Cry,” but even that couldn’t compare to “Glory,” a song about his child of destiny with the child from Destiny’s Child.

Blue Ivy’s dad is primarily a businessman these days. Jay’s most recent venture is Tidal, a streaming-service competitor to Spotify and Apple that, in its high-profile, who’s who launch weeks ago, was met with question marks and red flags. Most of the questions surrounded the very real idea of “Why would I ever pay for music — even ‘exclusive’ music — when it’s clearly going to surface for free, since that’s how the Internet works, the end.”

The idea of Tidal-only content seemed laughable and out of touch. When Rihanna’s new video, “American Oxygen,” premiered on Tidal, my first thought was, Wait for it. So I waited on it. 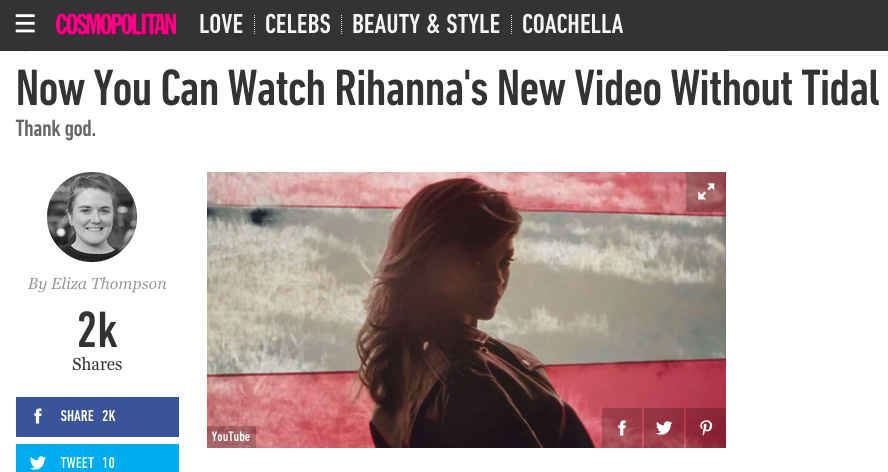 It’s almost as if the idea of Tidal turns piracy into a fun contest, this idea that we all win if something gets un-Tidaled, which couldn’t be a worse outcome for the mission of supporting artists. Some would call this a backfire. I am one of those people.

But I don’t want to be one of those people. And out of nowhere, I was now having a backlash to the backlash, not wanting to hate Tidal for the sheer idea of hating something. But to truly prove myself to myself, I’d have to actually get Tidal, which still seemed absurd.

I knew about the free trial period, but my history with those arrangements is forgetting to cancel by the time the window closes and then having another bill I can’t afford and then next thing I know Tidal auto-pay is responsible for my card getting declined at Times Square Red Lobster.

This was it. It was suddenly that year a few years ago, 2012. I’d wanted the video at the time in such an intense way, but in retrospect this was so much better. Three years of BIC and HOV footage were now on the table. If I had to guess, the video would probably be like Jay’s version of Beyoncé’s “Blue” video, but with years of father-daughter material. I’d take anything, from well-shot home movies to a video of a Jay-Blue infinite-scroll Tumblr photo collage to a simple, professionally done PowerPoint. Anything.

So it was time to sign up for Tidal. Sometimes being right isn’t what matters, especially when you’re still looking for your first cry of the calendar year. 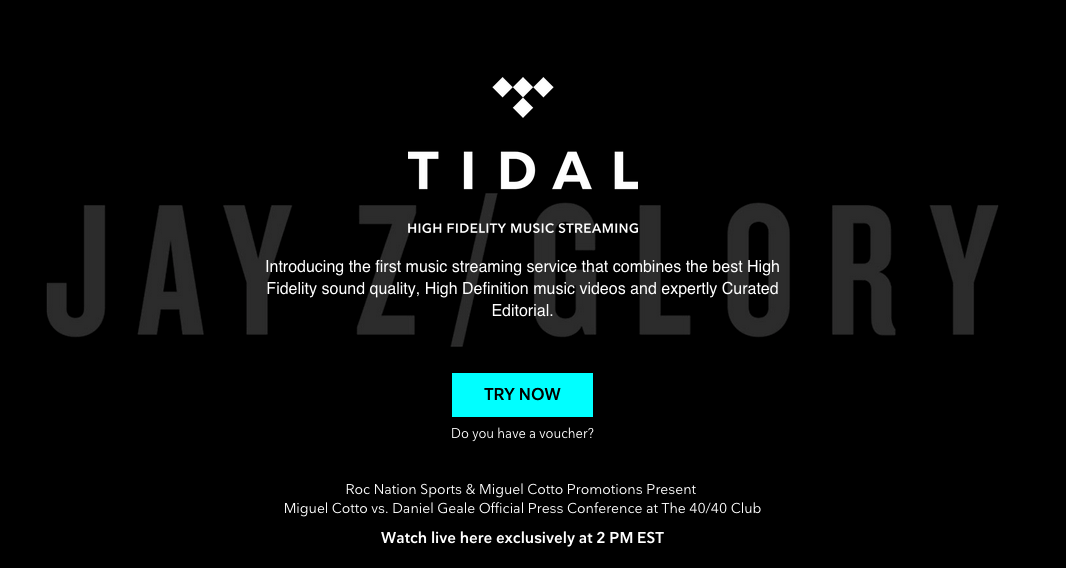 I couldn’t believe it. Who was I?

If I were just going to cancel it afterward, I might as well get the nice one. What exactly “lossless high fidelity” was, I didn’t care, but apparently it’s 120 dollars more a year to live that life. $19.99 it was.

This is going to backfire. I’m sure of it. But such is life. 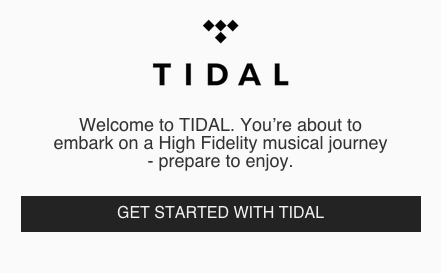 Maybe I was embarking on a journey. I’d never thought about it like that. While I’m here, I might as well get my high fidelity thetan levels checked out — I hope that’s included in the “lossless” package. 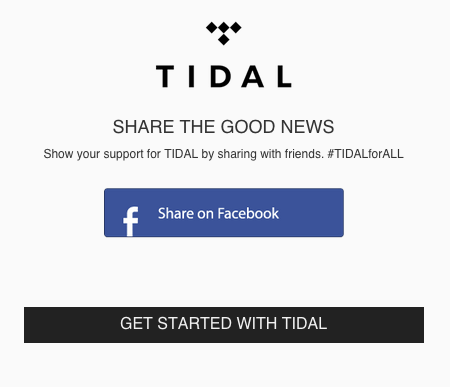 MAYBE I WILL SHARE IT ON FACEBOOK. MAYBE IT’S TIME EVERYONE LEARNS WHO THE NEW REMBERT IS. LET’S DO THIS, JAY, #TIDALforALL. 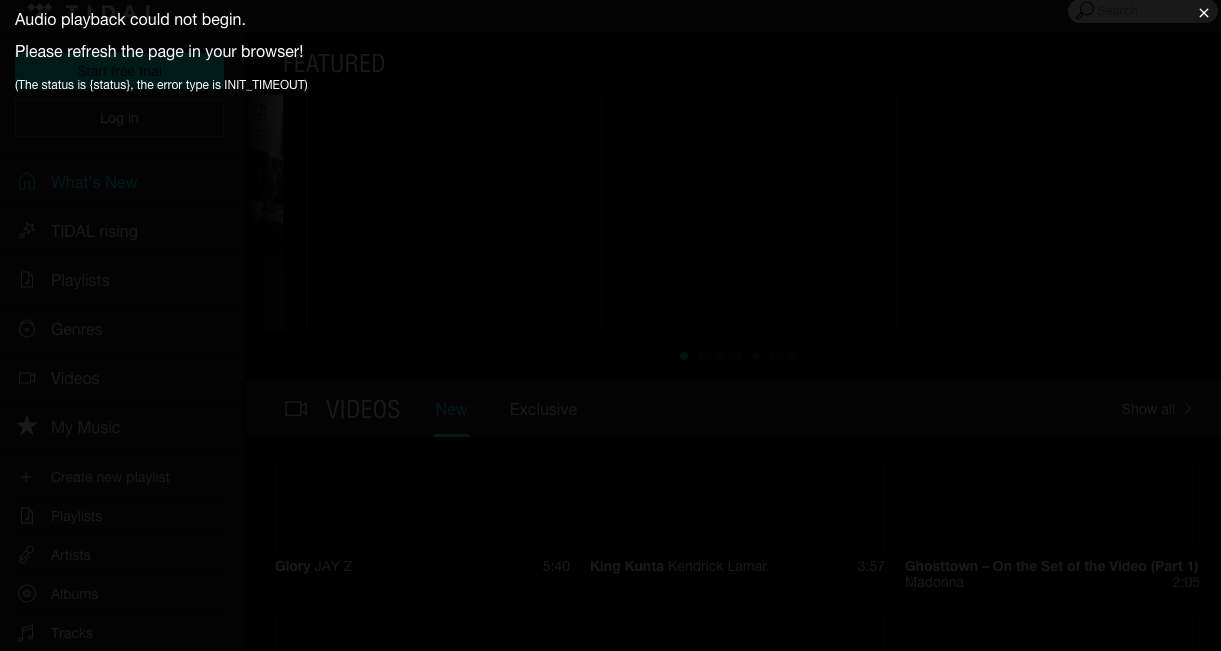 Interesting. To be fair, I am on Amtrak. And things occasionally don’t load. I’ll close it out and try it again. 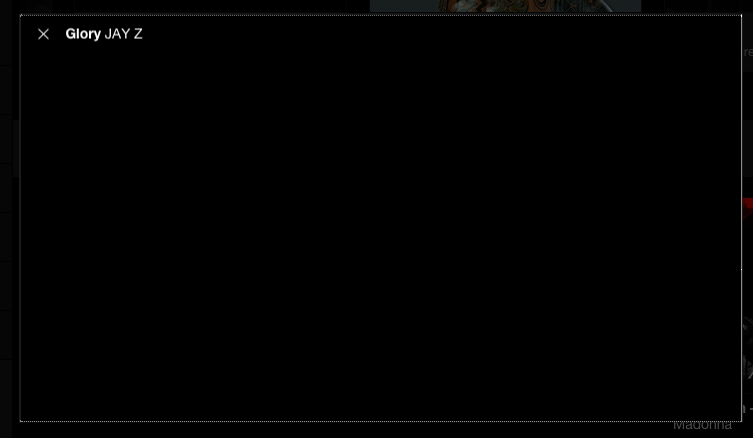 Not great. But all is not lost. Vulture posted a blurb on the video, with the video embedded. 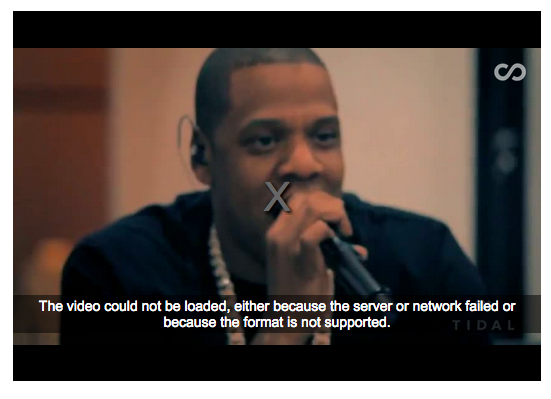 Ready to blame Amtrak, I searched for the video on YouTube. And just like that, three years later, the Tidal exclusive video for “Glory.” On YouTube.

Whoops, it’s already off YouTube. What a mess. I would have been excited that I watched the video on YouTube, thus sticking it to some “man” (it’s very confusing who the bad guys are anymore), but this wasn’t the video I’d waited three years for.

BLUE ISN’T EVEN IN THE VIDEO. AND HE DIDN’T EVEN DO THE “DID YOUUUUUUUUUUUU” PART RIGHT.

It’s rehearsal footage from Jay Z’s Carnegie Hall show three years ago. I’ve been watching Jay’s performance of “Glory” at that very concert for three years, on YouTube. It’s good footage, a very well-done video, and it’s cute when Jay shows Alicia Keys and Nas something on his phone (a something we’re supposed to believe are pictures of Blue based on their reactions, but very well might be the Tidal business proposal), but this is not what I paid 20 fake dollars for. Not even close. 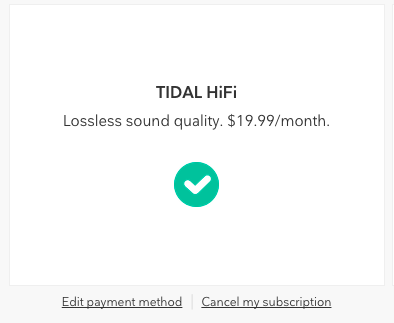 Wait.. Don’t be sad, Tidal. You know how guilty I feel about everything. Please don’t be like this. No, shut up. I’m gone. Get out of my life, Tidal. BYE, FOREVER. 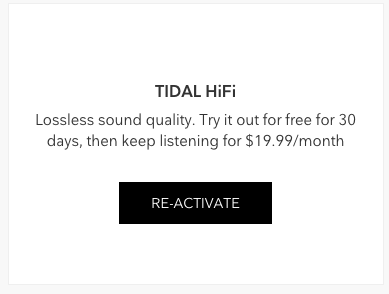 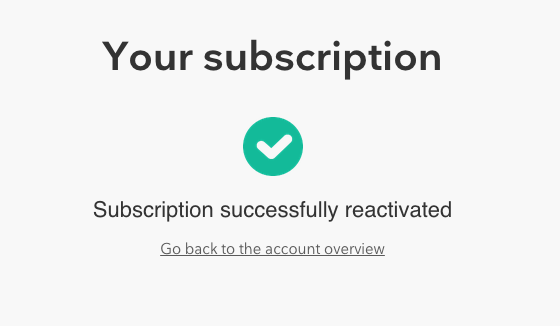 Whatever. 30 days left. Until Tidal embarrasses me at Red Lobster.