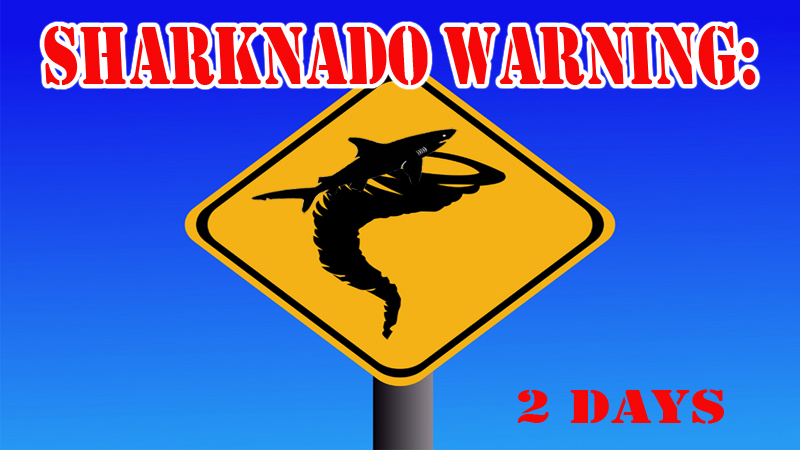 Do you remember being surprised about the velocity of the interest spike in last summer’s first Sharknado film? How quickly it went from “thing I am going to watch and tweet about, to the increasing dismay of my family and colleagues,” to “thing everyone, everywhere is suddenly and virulently obsessed with, up to and including my priest, gynecologist, and mailman”? Right, so this summer the preoccupation with the sequel is churning up interest good and early, and has whipped a number of brands into an insane promotional tizzy. We’ve been counting down to this sucker since we had to count it in weeks; now that we can count in hours, we present a salute to its corporate excesses:

Most Surprising Comic-Con Reveal: Does “that Sharknado rated a Comic-Con appearance” count?

An actual #Sharknado asking a question at the #Sharknado2SDCC panel, priceless. pic.twitter.com/bWGEFALPwi

Best mood-setting activity, sports category: Mets-Phillies, tonight at 7:10 ET. Ian Ziering will be throwing out the first pitch, and if we have one complaint, it’s that he’ll be throwing a ball to a professional baseball player, and not tossing it up stickball-style and hitting it with the flat of a chainsaw blade into the stands. There’s less likelihood, in that scenario, of tearing his UCL, requiring Tommy John surgery on his good chain-sawin’ elbow, and throwing off the schedule for Sharknado 3: Sharknado vs. Pteranoferret.

Line of note from that trailer: “This is not a normal shark. It swims. It kills. And it’s out there.” Unlike other sharks. 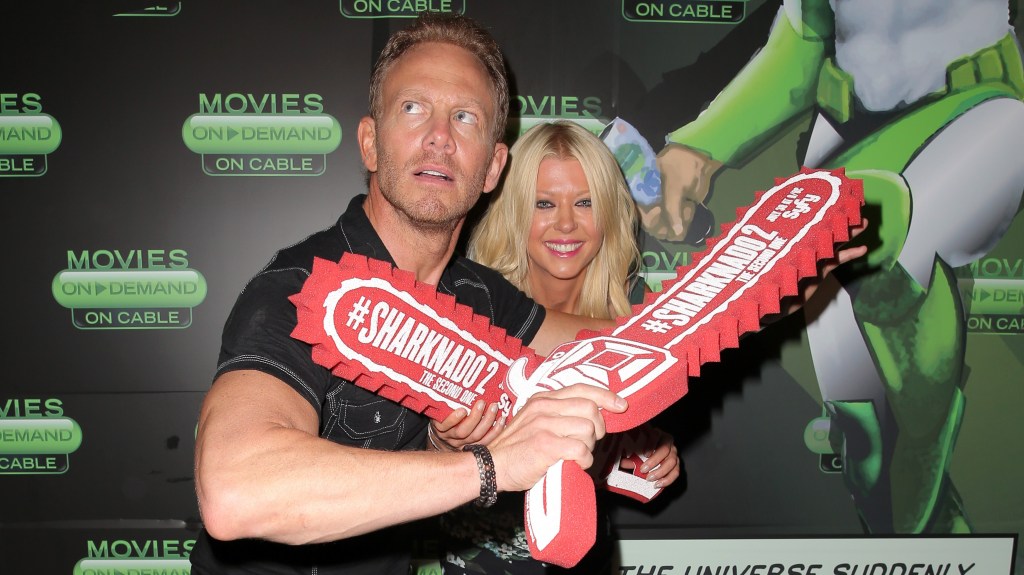 .@thejaredfogle visited his shark friends here @ the Aquarium to promote #Sharknado2 on @SyfyTV! Tune in July 30 at 9 pic.twitter.com/LW17raUWwN