A few weeks ago, a rumor spread that Minnesota offered Al Jefferson for Indiana’s Danny Granger and got turned down. It didn’t matter if the rumor was true. What mattered was the concept itself. Would you trade Al Jefferson straight up for Danny Granger? This was an old-school basketball trade, almost like two GMs flipping cards in a school yard. Trades are never this simple anymore.

Fast-forward to All-Star Weekend, when the Wizards and Mavericks consummated what passes for a typical NBA trade these days: a seven-player swap in which Dallas acquired two starters (Caron Butler and Brendan Haywood), along with an unsavory salary (DeShawn Stevenson) in return for expiring contracts. Strangely, Butler wasn’t even much of a cap burden, making only $20.3 million through 2011. Washington was so desperate to break up the Arenas Era Wizards that it wasn’t even rational; it would be like NBC dumping Conan, then trading “Saturday Night Live” to prove they were serious about blowing up late night. Um … what?

The Elias Sports Bureau found only six rookies in the last 15 years who averaged at least 16.0 PPG and had over 100 3-pointers made that season. None reached 40 percent from 3-point range.

These trades happen all the time now: Teams making lopsided deals to clear cap space so they can overpay other players. Last season, Detroit gave away Chauncey Billups so it could spend $95 million on two bench players. This season, Washington turned two of its top four and the No. 5 pick of the 2009 draft into a slew of expiring 2010 contracts. Right now, Phoenix is reportedly mulling over a trade in which it would turn Amar’e Stoudemire into J.J. Hickson, Zydrunas Ilgauskas’ expiring contract and the 30th pick in the 2010 draft, or as Suns fans call it, “The Poop Bouillabaisse.” Every deal is the same: Team A wants to save money; Team B will only take on money if it pillages Team A in the deal. That’s how we knew the Granger-Jefferson rumor was fake. Teams don’t make old-school trades in the National Basketball Association any more.

The threat of a 2011 lockout hangs over everything. It’s inevitable. It pretty much has to happen. The owners need to be saved from themselves; the players need to realize that they failed to deliver on too many mammoth, long-term contracts, and that one or two clunkers can destroy a franchise for half a decade or more. In the spirit of Clemenza, the two sides will have to go to the mattresses to resolve it. Only this time, David Stern has a trump card in his pocket — the memory from the 1999 lockout that so many of these millionaire players, as amazing as this might sound, lived paycheck to paycheck. The owners could survive a lockout. The players? That’s another story. The owners will win. They always do.

Man, I need to be cheered up.

You know what could do the trick? The official YouTube clip of America’s favorite running column gimmick: “Who has the highest NBA trade value!” Let’s go to John Tesh playing the old NBA on NBC song while wearing a pirate’s blouse in Catalina.

Can you feel it?

For a quick refresher of the “trade value” rules, check the sidebar. Here’s a list of 2008-09 incumbents who couldn’t crack this season’s list or honorable mention: Hedo Turkoglu (No. 39 last year) roped Bryan Colangelo into a $53 million “if this doesn’t work out, I’m getting fired, anyway” deal … Devin Harris (38) got sprayed by the Nets’ skunk … Andris Biedrins (37) got sprayed by the Warriors’ skunk … Amar’e Stoudemire (36) can grab barely two rebounds per quarter but wants a max deal … LaMarcus Aldridge’s (31) $65 million extension was Reason No. 214 why the owners need to be saved from themselves … Caron Butler (29) got salary dumped … Greg Oden (25) was surpassed in fame by his own penis … Manu Ginobili (16) isn’t overqualified to be a sixth man anymore … and when we start calling Yao Ming (7) “Yao Ming’s Expiring Contract” in five months, I’d like to spell it with Chinese letters.

Our toughest 2010 omissions go from “not so tough” to “agonizingly tough”: 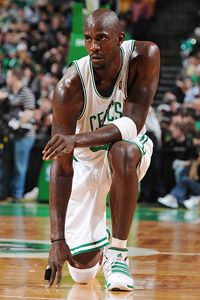 Kevin Garnett (No. 11 last year): And probably untradable this year. Even worse, he drew this e-mail from Noel in Washington: “Is it me or is KG turning into a caricature of himself? Did you see his reaction after the East won the All-Star Game? Breaking out the fist pumps and crazy eyes for a game with no defense? Baffling.” How did we get here?

Andrew Bogut: It’s tough to leave off anyone who bought 100 lower-level seats for every game, created something called Squad 6, then auditioned for fans who would cheer like crazy and set the tone for everyone else in the building. Even better, it works! Only an Australian would come up with that idea. I love Australians.

Danilo Gallinari: Current ceiling: “A poor man’s Dirk Nowitzki, only if Dirk ran like a guy who once had a broken back.” And yet, I like him.

Paul Millsap: Two-time winner of “the best tweener/banger” award, easily edging out Chuck Hayes, Taj Gibson, Glen Davis, Craig “The Rhino” Smith, Brandon Bass and the 283-Pound Guy Who Ate Jason Maxiell. We need a name for tweener/bangers. My vote? “Sliders.” You know how sliders can be better than cheeseburgers sometimes, even though they aren’t the same size? Kinda like Paul Millsap and Carlos Boozer, right? The cheeseburger (Boozer) might be bigger and more expensive, but sometimes the slider (Millsap) hits the spot and you don’t feel as full afterward.

Chris Kaman: Every once in awhile my son will take a marker and start drawing on one of our walls like a graffiti artist. My wife has to use Magic Cleaner to get it off, and while she’s cleaning she makes the same face at my son that Baron Davis makes every time Kaman sails an outlet pass over his head into the third row. So yeah, Kaman is having a solid year. But he still has those magic marker moments and should never, ever, not ever, not in a million years, play in an All-Star Game unless all 12 Western guys come down with food poisoning the night before. I can’t rank him higher than this.

Nene: The most properly paid player in the league. For this season and the next two, he makes $32.4 million total. Perfect.

Monta Ellis: Should we say he’s putting up big stats because he’s playing for a crummy team, or should we be impressed that he’s only 24 and averaging a 26-5-4 right now? Tough call. I trust the collective intuition of Warriors fans as much as any NBA fan base — it’s between Warriors fans, Raptors fans and Knicks fans in any “most realistic about their own players” contest — and even they seem perplexed by Monta. Let’s marinate on him for another year.

(As for the “least realistic about their own players” contest … I think it’s a battle to the death between two fan bases and two fan bases only. They know who they are.)

(Funniest part of that last paragraph: The fans from those two fan bases are going to send me e-mails saying, “Look, I’m the last person to get oversensitive about this stuff, and I think you’re totally wrong, but I know you were talking about us so BLEEP YOU YOU BLEEPING BLEEPFACE!”)

Andrea Bargnani: Memo Okur 2.0, with the added bonus that he started a Miami Vice Beard Club with Jose Calderon. Still, I like my starting centers to grab eight rebounds a game. Hell, I’d settle for seven.

Anthony Randolph: A top-40 lock on nearly any other team. NBA Cares should launch a program rehabbing the mental state of Warriors fans. What an insane team to root for. You shouldn’t have to go online every morning hoping that this wasn’t the day your team stupidly traded a potential 24-10-5 guy who’s 20 years old because your overpaid, mailing-it-in, hoping-to-get-canned-so-he-can-move-back-to-Hawaii curmudgeon of a coach didn’t “like the way he looked at me at practice today.” Find this team a real owner and clean house.

Kevin Martin (30): My favorite possibly available trade piece — great contract, proven scorer, high hoops IQ, someone who’d thrive on a veteran team that protected him defensively and ran plays for him. Right now he’s playing on a glorified pickup team with Tyreke Evans, who thinks “point guard” means “I get to dribble over midcourt.” Not gonna fly. Someone like Martin is a luxury. You pamper him. You set him screens. You hook him up on slash-and-kicks. You go to him after games and say, “Hey, what’s the best place to deliver the ball for you — chest high and a little to the right?” He could absolutely be a contender’s No. 1 scoring option like Reggie Miller or Rip Hamilton once upon a time. Stay tuned. 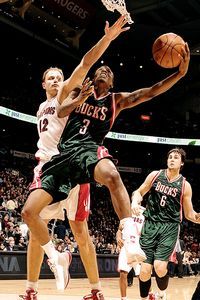 Carlos Boozer: Gets a Trade Value DNP because he’s a free agent-to-be. I can’t tell if the Jazz would trade him, or if anyone wants him. You know what else this means? For the first time ever, no Blue Devils in the top 40! Woohoo! Suck it, Duke! This never would have happened if Mike Krzyzewski was still alive.

All right, let’s dive into the top 40 in reverse order.

Group J: “I Can’t, People Will Know I Have No Clue What I’m Doing”

40. Ricky Rubio
If you have the No. 5 and No. 6 picks in what turned out to be a quality draft, and you turn No. 5 into an asset that can’t be realized for THREE YEARS because your No. 6 pick wasn’t nearly as good as the No. 7 pick and also managed to drive your No. 5 pick to a foreign country, how is that anything other than an abject disaster? Bumbling GM David Kahn told Minnesota fans last week, “I don’t expect to be a playoff team for at least two years.” Great, just in time for the lockout and a new-wave NBA world with lower salaries and shorter contracts that’s going to make Ricky say, “You know what? I think I’ll just stay here for a couple more years and make three times as much money unless you trade me to a big-market team.”

In fact, I thought about making Kahn the following bet: If Ricky Rubio plays even one minute for the Timberwolves, I will drive from Los Angeles to Minnesota for his first game while wearing a T-wolves jersey that says “KAHN” on the front and “No. 1” on the back. (It’s an 1,835-mile trip. I looked it up.) But I don’t want to root for the T-Wolves fans to lose Rubio; they’ve suffered enough. I hope I am wrong. I don’t think I am.

(Follow-up story: Another NBA team sent someone to Spain to watch Rubio play for FC Barcelona a few weeks ago. The individual ran into one of Rubio’s advisers and asked him how many times someone from Minnesota had come to see Rubio this season. The answer? Zero.)