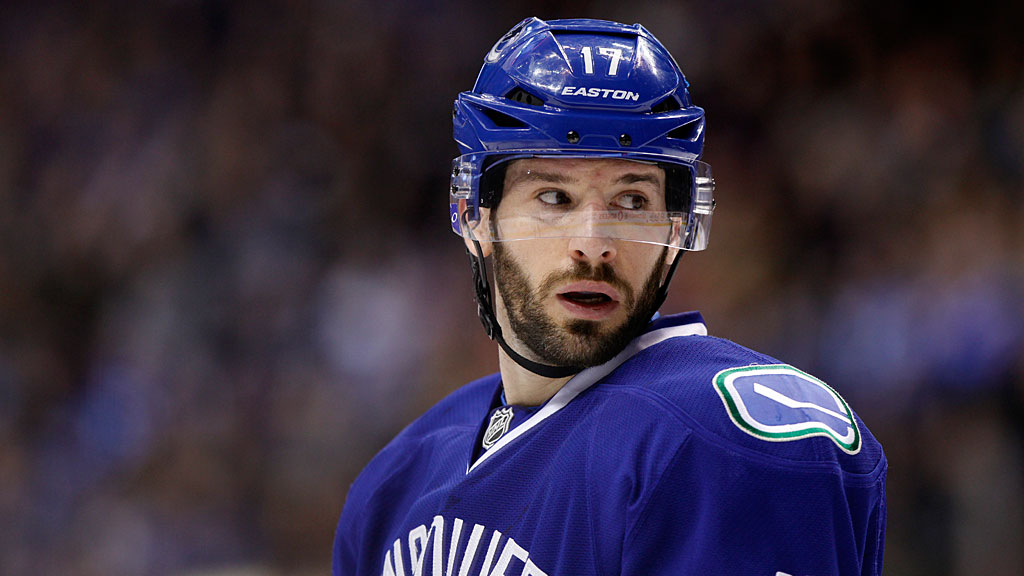 The NHL’s trade deadline passed Wednesday, with 38 players moved in 20 separate deals. It was a busy day, thanks in part to an unusually high number of players who reportedly asked to be traded.

While there’s a thin line between a request and a demand, and we may never know for sure who really asked for what, various reports indicated that stars such as Martin St. Louis, Ryan Kesler, and even Martin Brodeur told their teams they wanted out.

All of which got us wondering: How does an NHL player actually make that sort of request? Does he go through his agent? Does it involve a face-to-face meeting with the GM? Are there mountains of paperwork to fill out?

As it turns out, the whole process is much simpler than all that. The player just has to complete an application form. And luckily, our top-secret sources had one handy they could share with us.

Nickname among local media (the second you’re gone and they start throwing you under the bus):

Is is true that you would like to be traded?

(   ) I have no comment at this time, but this super-anonymous source who happens to have the same phone number as my agent sure does.

Once the news of your request leaks, what will be your publicly stated reason for wanting a trade at this time?

(   ) I just want to play more for a winner near my family. [Blinks eyes innocently while hugging a puppy.]

And what is your actual reason for wanting a trade at this time?

(   ) My current GM won’t agree to my extension demands because it turns out he’s actually seen me play; hoping new one somehow hasn’t.

(   ) My GM didn’t originally pick me for the Olympic team and I’m being a big baby about that, even though nobody will call me on it because I’m so adorable.

(   ) Oh, I don’t want to name any names, but let’s just say their initials are “John Tortorella.”

Do you have a no-trade or no-movement clause?

If you answered “no” to the previous question … wait, seriously? Why not?

(   ) My agent is incompetent, apparently.

(   ) I kind of assumed my ridiculous salary had already rendered me untradable.

(   ) No matter how hard I tried, I couldn’t demand that my $5 million–plus contract include protection from being sent to the minors with a straight face.

(   ) I have never needed to worry about getting traded to a worse situation, as I already play for Edmonton.

Once you’re on the trading block, what do you think your current team’s GM will tell media insiders he wants in return?

(   ) Something radically different and creative, such as a pick, a prospect, and a player

Players who request trades sometimes have second thoughts. Please indicate any reasons you may have for wanting to stay where you are:

(   ) Received inspiring pep talk about sticking it out in a bad situation from Pat LaFontaine, though whenever I try to call him back to say thanks, he never picks up

(   ) Might prefer to be traded at the draft instead, since it’s fun to watch Gary Bettman announce the deal while pretending he knows who the players are

(   ) Spent a few minutes searching for my name in trade proposal threads on HFBoards; now just want to lie down alone in a dark room and question my belief in the existence of a rational universe

(   ) Getting a weird feeling about all that lightning and thunder that appears whenever Lou Lamoriello looks me in the eye and asks, “Are you sure?”

Even though you’re the one demanding a trade, are you at the same time refusing to accept a deal to most of the league’s teams?

And are you feeling any cognitive dissonance at all over that?

Never mind. So, in the event that you are not traded after all, what will be your plan going forward?

(   ) Announce my retirement in the offseason

(   ) Become a distraction for the remainder of the season

(   ) Make vague references to all of the above, then go back to playing and forget all of this ever happened

Finally, what preparations have you made for the tearful post-deal media scrum at which you act devastated about receiving the trade that you asked for?

(   ) Have already promised Mess I wouldn’t do this