About five years ago, “protecting the shield” became a thing. The phrase was introduced and repeated over and over by NFL commissioner Roger Goodell — he was “protecting the shield” whenever he had to discipline a player or wayward owner. He “protects the shield” when he negotiates with the unions, hugs a first-round draft pick, or cuts league ties with Bradley Cooper. “Protecting the shield” is his way of dramatizing his solemn, possibly chivalrous duty to the league, its image, and its billions of dollars of annual revenue, and he has said it so many times, you’d be forgiven for thinking the words actually make sense. Every workplace wants you to feel like you’re part of a community. For the modern NFL, it’s Goodell’s mythical shield — that red, white, and blue logo — that is every player’s Constitution, Holy Bible, and secret handshake. It’s a shield Goodell protects to the tune of $30 million a year. It’s a shield that shields you from wondering how perverse it is that your workplace is asking for you to protect it — but from what?

Has a professional sports league ever had a worse year than the NFL in 2013?1 Consider everything that has happened since the Ravens won the Super Bowl. The most prominent controversy involves the most basic physics of the sport. In October, Steve Fainaru and Mark Fainaru-Wada published League of Denial, a book exploring the NFL’s generally negligent attitude toward the neurological disease suffered by many former players. When ESPN backed out of the book’s companion Frontline documentary,2 it only amplified the sense of widespread conspiracy. Two feature films about the NFL and concussions are in the works as well. In late August, the league agreed to pay $765 million to settle a lawsuit brought by 4,500 ex-players spanning multiple generations. Some have opted out, either in hopes of a larger individual payout or to force the NFL into disclosing what it actually knew. Others are beginning to realize their initial suspicions were correct: The NFL got off cheap.

Sure, there have been bad spells before. Corruption threatened baseball in the decades leading up to the Black Sox scandal. Curt Flood, cocaine, steroids: all legitimate challenges to both the commissioner’s authority and whatever we mean when we invoke the word “culture.” It’s easy to forget what Al Davis, drugs, or the concept of the USFL once represented to the sanctity of the NFL in the mid-1980s, and baggy-jeans typecasting and maverick refs to the 2000s NBA, etc. And in some cases, retrospection allows us to recast crisis as opportunity-in-waiting. But my point here is that the NFL is fucked in a more structural, Twilight of the Elites sort of way. Twentysomethings making rash decisions won’t collapse a multibillion-dollar business. But, if anything, top-down negligence and paranoia might.

Grantland is owned by ESPN.

All this seemed to exacerbate the distance between the boss and the employees, the cold realities of business and our stray desires, a fan’s NFL Films–guided memory of the clever, cunning Jim McMahon and how he seems today. Player safety has taken on a different meaning in the CTE era, as Brandon Meriweather pointed out last month: “You just have to go low now, man. You’ve got to end people’s careers. You got to tear people’s ACLs and mess up people’s knees. You can’t hit them high anymore.” Questions turned to whether Meriweather — not exactly one of the league’s calmer souls — was a dirty player. But his underlying questions were what other players have begun asking, too: Can I trust the shield to protect me? 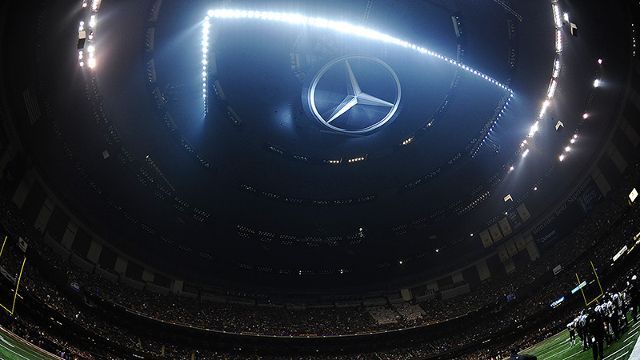 It feels quaint now that the lights went out during the Super Bowl. This was the year the NFL locker room became even weirder than one might have ever imagined, such that Jonathan Martin just had to pack up and leave. You have to be pretty comfortable with violence to love the sport, but the playacting of warfare ceased to feel metaphorical. Former Pro Bowl tight end Aaron Hernandez stands accused of at least one murder, possibly others. Amid the zillions of thinkpieces extrapolating some link between tattoo density and gang violence, the most chilling reaction came from one of Hernandez’s former peers. When 24-year-old linebacker Rolando McClain retired in May, he would later say he “was feeling like Aaron Hernandez or something, like I just wanted to kill somebody.” John Moffitt, a 27-year-old offensive lineman, left the game as well; he wanted to do some reading and thinking while he still could. That you could just walk away, as McClain and Moffitt did, seemed supremely bizarre, especially given that their modest horizons simply promised little more than “anything but football.”

It was the year the Redskins continued to exist as such. Jimmy Haslam, new owner of the Cleveland Browns, stands accused of defrauding consumers of millions of dollars owed to them in fuel rebates. Higher-ups often speak of the integrity of the game as something one nasty player can ruin. But integrity becomes a joke when bad behavior is modeled by the boss, not the workers. A party boat full of dudes with pistols tucked into their sweatpants will never rival the childish petulance of Daniel Snyder.

You might say this is an arbitrary, overly negative accounting of the NFL’s 2013 — that it overlooks the emergence of Russell Wilson and Vontaze Burfict, the comeback of Alex Smith, the erratic wizardry of Ron Rivera and Chip Kelly, the old-man lures and snares of Megatron. Sure, it’s this unceasing cycle of HD-rendered personalities and self-regenerating dramas that keeps the NFL’s viewership numbers streets ahead of any sport in America. But it’s beginning to feel like the NFL is nearing a crossroads. A cluster of scandal and tragedy will always trigger some “soul of ___ball” crisis-talk among fans and critics. And the NFL, vexed by drugs and labor issues, already suffered through a rough 1980s.3

For reference: this 1985 story in the Times about the challenges Pete Rozelle faced in 1985, and his desire for the league to establish a “better public image.”

When we speak of the integrity of the game — of protecting the sport rather than the shield — it’s more than just the assorted mistakes of a few twentysomethings. It’s the growing sense that the business protects only itself — that the growing interest in concussions and head trauma will reveal a knowing conspiracy rather than mere negligence. It’s the possibility that participation in Pop Warner football will continue to decline, and who knows what that will mean a decade from now? It’s the reality that a player like Jonathan Martin or Anthony Hargrove will become the only name we circle out of a sprawling, toxic hierarchy — we have long ignored the ones at the top because we usually have no need to know who they are. A lot of the challenges facing the NFL right now aren’t about the players; they’re about how the league and its franchises and locker rooms are run. It’s about the very organizational logic of calling it “the shield” and asking for protection. It’s the growing chasm between those who actually govern the league and their interchangeable employees. It’s the perverse logic that allows owners to convince us that players with teasingly brief careers are overpaid while the tenured commissioner heads a nonprofit for a far greater salary. The issue isn’t whether Goodell actually has any private fears about a player dying on the field; it’s that he probably should. Of course all of this is willfully naive and little of it ultimately matters. The NFL is doing more business than ever, the players larger than life and the structure invisible until we are forced to reckon with it. It is a business that works hard to remove us from the physical immediacy of the game, to give us something else to think about while the chains are being moved. Maybe this is why the NFL has redoubled its efforts in Europe and Asia, where the American pastime unfolds like an exotic video game. Each year, we hear reports about how attendance at games is falling while NFL profits continue to surge toward Goodell’s not-that-crazy goal of $25 billion in annual revenues.4 At this point, maybe it’s by design that the live experience of going to a football game has become the afterthought — here and abroad. It’s a much better product when experienced from a distance.

See, for example, Michael Oriard’s history of the NFL brand or Gregg Easterbrook’s work on the NFL?s “feudal lords” and his proposed reforms.

The brute physicality of football remained an abstraction for me until a few years ago, when I was at a game, shivering, waiting for a player to be carted off on a stretcher. In the absence of a commercial, you remember that it was the bruising hits that first drew you in. One generation applauds “Thunder and Destruction,” the next looks forward to yelling, “JACKED UP!” at the TV. There’s no righteous path, only the wrong intentions of the present. A lot of people need protection. A shield is just a barrier.