When All Men Doubt You 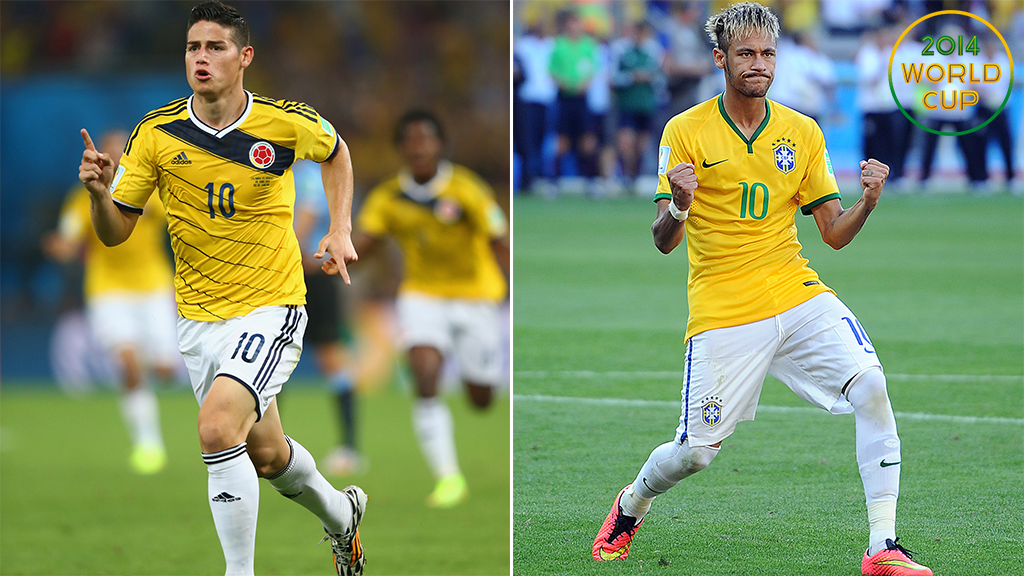 Should we talk about where we’ve just been? The group stage was one coup after another, a sequence of thrilling games that gradually dismantled the existing order of international soccer. The last two world champions died in their baths. Italy, never expected to be a real threat, went down screaming about tooth marks, collateral damage in the Luis Suárez carnival of shame. Spain, the team that spent six years enforcing stability at the top of the sport, went out almost before the tournament had even started, like the first corpse in a murder mystery: Robin van Persie, with the forehead, in the invisible wind tunnel.

Every time we thought we knew something, the logic-destroying logic of this World Cup intervened. Brazil was the best, until it collided with Guillermo Ochoa. The Netherlands were the best, until Australia nearly shipped them to a penal colony. Ghana couldn’t play with Germany, except that it did. The United States couldn’t play with Ghana, and actually kind of didn’t, but won anyway. Messi was a club superstar who couldn’t get it done for Argentina, but oh wait …

By the start of the knockout stage, we’d seen more goals, weathered more shocks, and screamed more screams of Brahma-beer-induced delirium than anyone could have expected. We had also had our certainties undermined — or, to translate that into the language of this World Cup, we’d had our certainties strapped to a unicorn and fired into the nearest supernova. There was no favored team. There was no single tactical style outperforming all the others. The (arguably) second-best player was the 22-year-old Colombian James “That’s Not How You Pronounce It” Rodríguez, who, if not exactly unknown — Monaco paid more than $60 million for him last year — was several hype-wormholes shy of the Rooney/Ronaldo cosmos before the tournament. Now? Maybe not so much.

It was exhilarating. It was also chaos. The first knockout round started slowly reestablishing some kind of order. Unpredictable bursts of goals gave way to tense, scoreless first halves. All the group winners advanced over their opponents, the first time that’s happened in a World Cup since the current format was adopted in 1986. But somehow, even this reversion to the table-running mean felt crazed and magical, and not only because CONCACAF minnow Costa Rica was suddenly sporting a wake littered with established European powers. Of the eight knockout-round games so far, six were decided by one goal or less, five went to extra time, and two were decided by penalties. That, in case you didn’t read the last sentence, is madness. Germany-Algeria featured two goals scored after the 120th minute. The Netherlands equalized against Mexico in the 88th minute, then scored the winning penalty in the fourth minute of extra time. USA-Belgium turned on a 105th-minute goal by Romelu Lukaku and a 107th-minute goal by Julian Green. This wasn’t a status quo so much as a series of near nervous breakdowns.

But then everything goes crazy during the World Cup — by “everything” here, I mean “the planet” — and it gets crazier as the tournament goes on. “South Korea’s World Cup team have been pelted with toffees after arriving home empty-handed,” one recent BBC report read, and it’s exactly accurate; the embedded video shows a team of haggard-looking players in suits standing solemnly in front of a corporate-serenity-blue backdrop while a group of angry fans pelts them with handfuls of candy. There’s a terrifying remote-control Messi robot leading Brazilian TV segments; you can watch a Vine depicting how it was made. So many animal psychics have been trotted out to predict match results that animal-psychic concern trolling is now a viable media genre. A family of 14 near Brasília, all of whom have six fingers on each hand, are doing a media blitz because they “believe that their sixth fingers will help Brazil win the sixth World Cup in their history.” It can’t be real, but it’s real. Like everything about this World Cup. 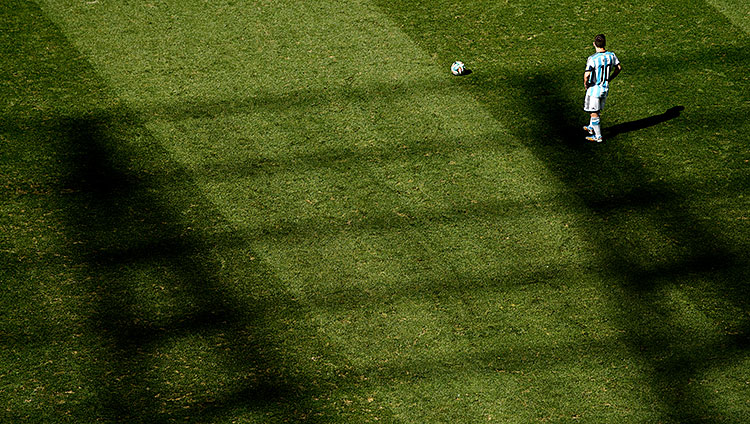 Should we talk about where we’re going? The one knock on the tournament so far, the reason you’re not hearing even more people preemptively declare it THE BEST WORLD CUP EVER, is the lack of a truly great team. Everyone has weaknesses. Every plausible contender — so not looking at you, Colombia, although maybe I should be — has played at least one unconvincing game. This means the path to the championship is wide open; it also means no single team has emerged to crystallize the possibilities of soccer at this moment. There’s — so far — no 1970 Brazil, no 1974 Netherlands, no 2010 Spain, no 1982 Brazil. (Note that not all of those teams won the World Cup.) Argentina’s back line is weak. Brazil has looked, with the partial exception of Neymar, eerily tentative for a team with auto–home field lock. The Netherlands’ balance between attack and defense has been shaky. Germany has been short on ideas. Overall, we’ve seen spectacular attacking play and sensational goalkeeping, combined with a lot of defending that you could maybe charitably call well-meaning.1

What a great team does, of course, is clarify uncertainty, and given the descent into anarchy that was the first three weeks of the tournament, it would be nice to have one great team just as a convenience. The thing about soccer, as opposed to, say, American football, is that hardly anyone ever really knows what it’s supposed to look like. You want one team to climb up to the mountaintop and hold forth a shining example of style for others to follow. Spain gave us tiki-taka, and, love it or hate it, it was at least an ethos. The history of the game moves forward with these revelations. At this World Cup, the glowing tablet is likely to read “SORT OF MORE COUNTERATTACKING THAN BEFORE BUT GOD KNOWS WHAT WE’RE DOING WITH THESE FULL-BACKS.” It might work, but it’s not exactly poetry.

What this World Cup has offered instead, and where it seems most likely to produce lasting memories, is superstars. I can’t remember a tournament that seemed to be more about individual players, both because of everything they have at stake and because of the influence they’ve had over outcomes. When Spain was Spain, as Barney Ronay recently wrote, “the ball was always the star.” In Brazil, we’ve seen game after game turn on individual moments of skill: Neymar pixie-dancing through 14 or 15 defenders, Arjen Robben scything to his left with the inevitability of death, Messi dragging entire defenses across the pitch like someone resizing a browser window.

It’s not that individual brilliance doesn’t always matter at World Cups; it does. But here it’s taking the place of a kind of collective argument. The teams, it often seems, are there to create the conditions the stars need to test themselves against one another. So I’m seeing the next round less as Brazil vs. Colombia and more as a fabulously exciting showcase for what Neymar will do against Rodríguez; less Argentina vs. Belgium and more a test for whether Eden Hazard can wake up in the presence of Messi. This is an oversimplification, obviously. But in a tournament that’s been all adrenaline and no pattern, it’s at least something to hold on to. 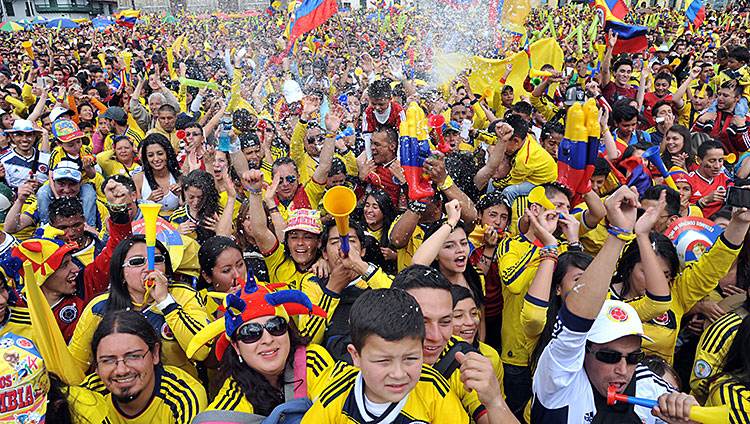 Every World Cup does one thing better than any other event that human beings organize. It focuses the attention of the world on one place at one moment. Around a billion people watched at least part of the final in 2010; that’s several Super Bowls. When a game becomes so ubiquitous, it almost ceases to be entertainment and becomes something else, an atmospheric phenomenon, an object of astronomy. Will more people watch Germany-France on Friday or see the moon over France and Germany? Only the Olympics brings people together like this, and hey, due respect to the Olympics. But oh man is it ever not the same thing.

And this, even more than neuron-blowing games or unbelievable outcomes, is the magic of the World Cup. Over the next 10 days, a substantial portion of the living population of the Earth will have its feelings altered simultaneously by the actions of 22 men chasing a ball around a field in Brazil. Whether you watch alone or in a group or at a stadium, you will know that what you are seeing is being seen by hundreds of millions of people on every corner of the globe, and that your joy, despair, or disbelief is being echoed in incomprehensibly many consciousnesses. Is there anything more ridiculous than this? There is nothing more ridiculous than this, but it’s an extraordinary feeling, too. When something incredible happens — Messi curls a ball around three defenders; Zidane head-butts Materazzi — it’s not just an exciting moment. It’s a bright line connecting you with the human race.

No other sporting event can really compare to the World Cup in this regard, and when the tournament is as wild as this one has been, the feeling is even stronger. It’s why you despair that FIFA is a cabal of oleaginous quasi murderers, why their inability to control, say, match fixing is so depressing. They don’t deserve to control this. In an important sense, it has nothing to do with them. No World Cup, certainly not one in Brazil, can stand outside history. The World Cup is history. And now it’s history waiting to happen.