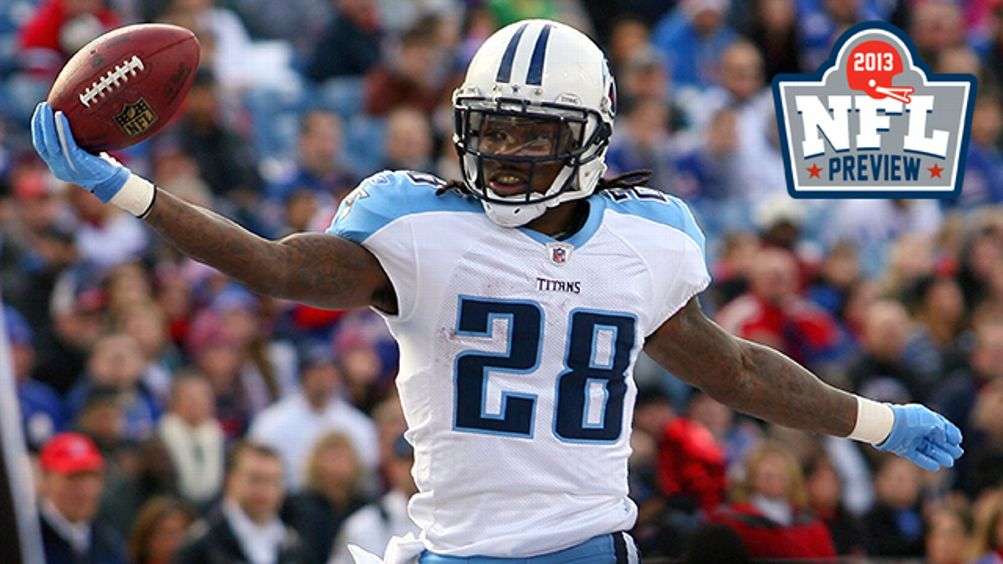 The specter of Chris Johnson’s 2009 campaign seems to hang over his career. His 2,006-yard campaign came in just his first season as the featured back in Tennessee, and it seemed to signal the arrival of a truly elite running back, a guy who could challenge Adrian Peterson for the title of best halfback in football. He would later sign a contract extension that certainly paid him like he was competing with Peterson, a deal that guaranteed him a whopping $30 million. And since that fateful year, well …

Let me put it this way. These are the numbers of the player who is most similar to Chris Johnson in terms of performance and body type:

That’s a solid, uneventful, pretty consistent1 player. And his name is Chris Johnson. (I cheated a little bit.) Those four seasons represent Johnson’s career output outside of the 2009 campaign, and they reveal a very different player from the budding superstar of that fateful year. Over the past three seasons (the three seasons at the bottom of the above table), his rushing performance has been almost identical to that of Ray Rice,2 a player who received exactly half as much in guaranteed money as Johnson did. Johnson is a valuable player at a lesser dollar figure, but that value comes from the consistency shown in the table above, not the promise of that 2009 campaign. That guy is almost surely never coming back.

He’s not coming back because it’s a near-miracle that guy ever existed in the first place. It would be wrong to say that Johnson’s 2009 season was a fluke, because it wasn’t; he played brilliantly over a relatively large sample of plays, faced a league-average schedule, and finished the year with 11 consecutive 100-yard games. Hell, Chris Johnson was the last person on earth who actually made Vince Young look good. But some of that performance was tied up in events that were unsustainable.

Like what? Well, start with those long touchdown runs. During that big season, Johnson had seven touchdown runs of 30 yards or more. Does that seem like a lot? It is. It’s the most any player has had in one season since Jim Brown had seven such touchdowns in 1958. There have been only 23 instances of a guy accruing even four 30-plus yard touchdowns since the merger, let alone seven. Somehow, last year, three guys managed to rack up four or more, as Jamaal Charles and Adrian Peterson each had four, while Doug Martin finished with five.

The following season, Johnson had just two 30-plus yard touchdowns, and he wasn’t alone in coming off of that high. Nary a single one of those 19 other players with four or more 30-yard touchdowns had more than two the following year, as the group averaged exactly one such score the subsequent year. Keep that in mind for Charles, Martin, and Peterson in 2013.

What about longer runs in general, regardless of whether they crossed the goal line? Johnson was even more historic there. He finished that season with three runs for 85 yards or more. Since 1999, according to Pro-Football-Reference.com, there have been only 17 other runs as long altogether. Think about that for a second. That means that the NFL, 2009 Johnson aside, has averaged one 85-yard run for every 11,553 carries over the past 13 seasons. Johnson had three of them in 358 tries.3

Johnson has had only one such run since then, and it came last year. Jamaal Charles had two 85-yard runs last season, becoming the only player besides Johnson to pick up two in one year since 1999. Only one other player since 1999 — Ahman Green — had more than one over that time frame. Adrian Peterson doesn’t have a single such carry. That year, Johnson’s three big plays accounted for more than 13 percent of his total yardage. Without them, he wouldn’t have hit that 2,000-yard mark.

Keep those dramatic differences in mind, and you start poking away at the idea that Johnson would ever be that valuable of a back again. The eight long touchdowns (amid a total of 14 rushing scores) point out that Johnson wasn’t running very effectively at the goal line,4 an issue that would become more noticeable as Johnson’s long touchdown rate dissipated. That’s how the 2013 Titans ended up spending $10 million over three years on a short-yardage back, Shonn Greene, to supplement their highly paid starter. The 85-plus yard runs were enough to bump Johnson’s performance from an impressive one into one for the history books, but they were more than anybody could have expected going forward, even for a speed merchant like Johnson. Ask yourself this: Had Johnson finished with 1,750 yards and eight touchdowns, would you still think of Chris Johnson as a superstar? Would the Titans?

So, why am I bringing all this up? Did I finally figure out that it’s easier to predict things after they happen? Well, it is, but I think it’s important to learn from Chris Johnson and apply what we’ve found out to our evaluations of both Johnson’s career and other players around him.

For one, it might be a good idea to tap the brakes on Jamaal Charles. His 1,509-yard campaign last year was driven by three plays (adding in an 80-yard run to the two 85-plus yarders) that produced a combined 257 yards; the Chiefs didn’t use him very frequently near the goal line, as Charles didn’t receive a single carry inside the 3-yard line and had just two inside the 5, but he still had a mere one touchdown that began inside the 30-yard line. Kansas City doesn’t have a clear backup for Charles, as rookie second-stringer Knile Davis is a project, so Johnson’s story might give somebody who irrationally likes the Chiefs some pause. Oops.

In terms of the Titans, the onus was probably on them to realize that Johnson might struggle to reach these heights again going forward. They re-signed Johnson, who was holding out at the time, to a four-year contract extension before the 2011 season, which was a full year after his monster campaign. General manager Ruston Webster is admittedly not a numbers guy, and it’s not always important for a general manager to be in tune with the numbers, but this was a case where understanding outliers and outlier seasons would have saved the Titans a bunch of money. There’s no way they or anybody else would have handed Johnson this contract if they had a second chance.

That understanding of outliers isn’t a Titans-only issue or even a running back–only problem. It’s about mistaking one year of performance as more meaningful than it should be. Statistics reflect performance and help identify the outliers in this context, but having big numbers isn’t necessary to join this conversation, to which Dallas’s massive contract for left tackle turned right turnstile Doug Free can attest. The Jaguars made this mistake repeatedly under Gene Smith, giving big-money contracts to the likes of Marcedes Lewis and Laurent Robinson after double-digit touchdown seasons that didn’t remotely match their prior performances. Matt Cassel got a six-year contract from the Chiefs after one season as the starter in New England, playing alongside what had been one of the best offenses in league history the previous year, while playing an incredibly easy schedule. These types of contracts happen, especially when there isn’t any significant data suggesting that the season in question was an outlier, as was the case (at least on the surface) with Cassel.

And in terms of Johnson, it’s about properly calibrating our expectations. Because 2009 represented only the second season of data we had for him as an NFL running back, it raised (many of) our expectations to believe that Johnson was one of the two or three best running backs in the league. Three years later, that seems far less likely, because we now have four years suggesting that he’s an above-average back and one suggesting he’s a don. We should appreciate the above-average guy, even if the don isn’t likely to return.

That we still wait for Johnson to hit his prior strides speaks to our human nature and the way we interpret growth in young athletes. The reality is that when we expect some players to be hitting their stride and beginning a steady growth process, they might actually be peaking. It happens more frequently than you might think, especially at running back. I went back and looked at every running back since the merger who ran for five 200-carry seasons, as Johnson has during the first five years of his career. Of those five seasons, the “peak” season in terms of fantasy points for those players happened most often in the second season (as it did for Johnson) of the five than it did during any of the other four seasons. And while the peak can sometimes just be a modest improvement over the larger body of a player’s career, it can also sometimes be significantly better than whatever else he accomplishes. Chris Johnson’s 2,006-yard campaign could be Brady Anderson’s 50–home run season for the Orioles or Rob Brown’s 49-goal season for the Penguins.

With all that being said, Johnson is likely better positioned to play well in 2013 than he has been during any other season in his career. The Titans invested heavily in their middling offensive line this past offseason, drafting Chance Warmack in the first round while throwing a ton of cash at guard Andy Levitre. The interior of their line should be better than it has been in years. Tennessee also swapped out glorified wideout Jared Cook at tight end for San Francisco’s Delanie Walker, who made his name in the Bay as a great blocker. If Johnson stays healthy, which hasn’t been an issue for him, he could very well end up as a 250-1,375-8 guy in 2013, which would be a step up from his typical performance. Re-creating that 2009 season, though, would take a miracle. It’s time to let that Chris Johnson go and settle for the one who will actually be suiting up in Nashville in 2013.