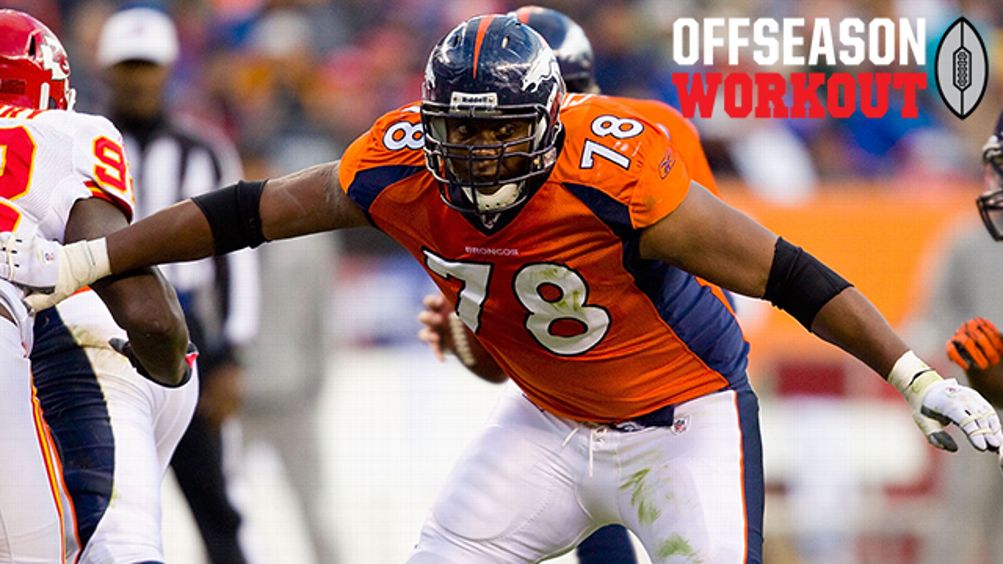 Arbitrary listings of players never go the way they’re supposed to. The NFL Network’s Top 100 Players list, a now-annual feature during football’s silly season that will reveal its top 10 players on Thursday night, is no exception. There’s nothing particularly inspiring about poking holes in the vast majority of power rankings, but this list should be different for one notable reason: It’s the players voting. It’s their way to prove that “Players know best!” argument that pops up whenever anyone who isn’t a player votes for an award or files a Hall of Fame ballot. It’s the same argument that gets thrown against sabermetrics, that merely having played the sport at the highest level can be enough to contradict reams of evidence. Football’s irreducible complexity only widens that divide. And even after they retire, players become people of influence through the media: How many of the things we come to accept about how football works come from ex-jocks on a pregame show or doing color commentary for a game?

Of course, players do have a lot of meaningful knowledge to impart that you can’t get without having played the game at the highest level. It does matter. But that doesn’t mean that they’re especially good at evaluating the players around them. For every Ozzie Newsome, there’s a Matt Millen. And while you might expect a list of the best players in football compiled by the players themselves to reflect a more nuanced, intelligent view of what actually wins football games, the reality is that the Top 100 Players list annually looks like something compiled by a casual fan of the game, by your buddy who watches a few Sundays a year and loses interest in his fantasy football team by Halloween. And the 2013 list is no exception.

Imagine the friend I just described actually making that list. Where would he go wrong? You can probably guess the three sort of biases he would lean toward, and amazingly, it’s the same three biases the players show:

They criminally underrate players who don’t accrue stats while simultaneously overvaluing players who touch the football. Only nerds and losers care about statistics, right? If anyone should know about the impact that the league’s mauling guards and run-stuffing nose tackles have on the game, it’s the guys who play alongside them in the trenches. You win from the lines out!

Never mind that the league has continued to devalue running backs dramatically over the past few seasons while offensive linemen reap larger and larger salaries. Alfred Morris (no. 64) is a good football player who had a very productive season last year, but would anybody in their right mind really rather have him on their roster than Ryan Clady (unlisted)? Salary isn’t everything, but if Clady and Morris were each free agents tomorrow, Clady would get three times as large of a contract, and it wouldn’t be because the market was underrating Morris. In all, 38 of the 100 slots on the list belong to running backs, wide receivers, and tight ends.2 No specialists or fullbacks made the list after two blocking backs made it last year, Vonta Leach and (somehow) John Kuhn.

Other players made the list for a one-year statistical burst that’s unlikely to recur and more indicative of a fluke than any real level of ability. Tim Jennings (no. 69) has worked his way into becoming an above-average cornerback for the Bears, but did he get more than a half-dozen votes on the 2012 ballot before intercepting a league-high nine passes last year? His case isn’t much different than that of last year’s 69th-ranked player: Carlos Rogers, who picked off six passes in a Pro Bowl season before retreating back to his career norms and managing a lone interception last season. Hell, Dwight Freeney somehow went from 89th last year to 80st this year, and he spent most of the spring looking for work. Fans, not players, are supposed to get blinded by numbers.

They suffer from recency bias. Despite leading his team to the playoffs in 2011, Matt Ryan’s 29-touchdown campaign wasn’t enough to work his way onto the Top 100 Players list. Do you know who made it onto the list ahead of him? Of course, it was the 95th-ranked Tim Tebow!3 It seems unfathomable that anyone would think Tebow was a better NFL player than Ryan, but that’s exactly what the population of players who submitted ballots last offseason said with their votes. Ryan moved all the way up to 17th this year, while the ballots with Tebow’s name must not have been counted properly.

The list perennially has a real focus on players who just had what are perceived to be “breakout” seasons before dropping them a year later when their performance isn’t quite as spectacular. Take Jimmy Graham, who was rated as the 14th-best player in football last year after a 99-1,310-11 campaign. He was still an impact player this year, but since his numbers dropped to 85-982-9 in 15 games, Graham fell all the way into the unranked masses this year. Was he really that much different of a player? The likes of Dez Bryant (no. 35), Geno Atkins (no. 36), and Justin Houston (no. 49) could have above-average seasons in 2013 and still fail to make next year’s list by not being as notable as they were this year.

Guys with minor injury issues also see their stock wildly fluctuate. It’s one thing to knock Darrelle Revis (no. 5 to no. 67) well down the charts after a torn ACL, but what about guys like LaMarr Woodley (no. 63 last year) and Johnathan Joseph (no. 73)? They suffered nagging injuries last season that shouldn’t bother them in 2013, but despite glowing records and their status as players in the prime of their careers, they didn’t sniff this year’s list. Players who missed time in 2011 like Mario Williams (no. 72) were suddenly good enough to make the rankings, too. The electorate is reacting to what just happened, not how a player has played over the past several seasons.

They’re almost comically reactive to the Ravens winning the Super Bowl. You can forgive the players for being a little biased toward the squad that just won the Super Bowl. There are certainly at least a few Ravens and ex-Ravens who deserve spots on the list, and while you can quibble with their positioning, most of the guys you would expect are here. That includes Ray Rice (no. 13), Ed Reed (still no. 18), Joe Flacco (no. 19), and Haloti Ngata (no. 42), who strangely fell all the way from no. 9 last year. Terrell Suggs’s drop from no. 11 to no. 56 makes more sense. You could also make a case for Corey Graham or Marshal Yanda, but neither player ended up in the Top 100.

Where it gets really weird is with the guys on the bottom of the list. Bernard Pollard (no. 87), Jacoby Jones (no. 88), Anquan Boldin (no. 93), and even Dennis Pitta (no. 100) managed to make the Top 100. Run that back for a second. Pollard was released this offseason before catching on with the Titans for a very moderate salary. Boldin was dealt for a sixth-round pick. In 2012, Jones was waived by the Texans and signed to return kicks. And Pitta — the receiving tight end in Baltimore’s two–tight end sets — caught 61 passes for 669 yards in the regular season. That group of four combined to have an excellent postseason, but this isn’t a list of the players who had the best playoffs or even the best 2012 season; it’s a list of the top 100 players in football as of right now. And does anybody on earth believe that Boldin, Jones, Pitta, or Pollard would ever have come close to appearing on this list if they hadn’t made a deep run in the playoffs and won the big game? You need a great team to win the Super Bowl, but winning the Super Bowl doesn’t mean that every player in your starting lineup was great. For all the nice things said about those four guys during their blurbs on NFL Network these past few weeks, not a single one of them will be appearing on this list next year.

This speaks to a broader misunderstanding of football emanating from how players perceive the game. Players share their beliefs with and even become members of the media, who then vote on a Hall of Fame that woefully undervalues linemen at the expense of players who touch the ball. Single-season swings that are subject to dramatic amounts of variance — everything from a kicker’s field goal percentage in a given season to a team’s record in one-touchdown games — are treated as meaningful trends and not blind luck. Players are deified as “winners” independent of their actual contributions before being exposed in a new environment. (Hi, Tim.) Professional football players should be able to cut through those story lines and actually recognize pure talent and work ethic when they see it, but they fall for the same traps that many fans do.

Don’t be angry at the players, because it’s not really their fault. In fact, they might actually see less of the league than a fan with Sunday Ticket at his or her disposal across a given season. Think about it. If you spend the entire NFL season on one roster, you face 13 opponents across 16 game weeks. You spend that entire week studying film on that one team. You might catch a glance at a game or two out of the corner of your eye on Sunday, but it’s far more likely that you’re either playing a game yourself, preparing for one, or coming down from one. They might catch a Thursday or Monday night game, but in reality, your typical NFL player can go an entire regular season and only see about half of the league play. He undoubtedly knows more about those teams than the typical fan, but the guy with Sunday Ticket might get to see an entire half-league of action that the player does not. Enter that into the equation and you can understand why players make some of the voting decisions that they do. Picking twice as many running backs as offensive linemen, though? That’s another story altogether.