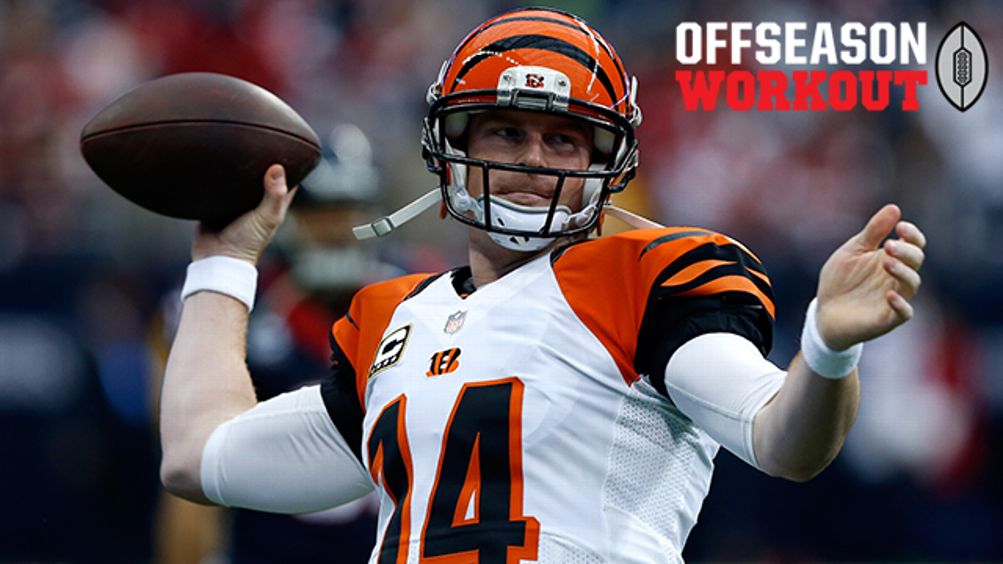 Fans of the Bengals and Redskins likely have high hopes for the 2013 season. Each team is talented and has young superstars at key positions, of course, but they’re also hyped about the new season because they finished the 2012 campaign on hot streaks. Both Cincinnati and Washington went 3-5 during the first half of the year before finishing with 7-1 stretches to kick their way into the playoffs. Those four-win differences between first and second halves represent the largest improvements made by NFL teams last season. The Bears and Lions, meanwhile, rode that roller coaster in the opposite direction: They each won four fewer games in the second half than they did during the first eight contests of the year. Chicago fell from 7-1 to 3-5, while the Lions started 4-4 and promptly lost every game in the second half.

It makes sense on some level that a team that heats up as the season goes along would play better during the subsequent campaign. The improvement in its record can be a measure of a young team finding its place and developing chemistry with one another. It can help the team develop some level of confidence that extends into the following year. It can also encourage management to be more aggressive during the offseason and spend big bucks in free agency that it would otherwise have held on to. But is there any actual evidence that teams that have hot second halves carry their success over to the following year?

I went back and looked at every team from 1990 to 2011, noting their performance in each half of a given season, and then compared those splits to how they performed during both the first half and the entire time frame of the following campaign. First, let’s keep it simple: What does it mean for your chances if you win a given number of games during the second half of your NFL season?

Seems pretty cut-and-dried, right? The more you win during the second half of this year, the better you’ll do the next year. We can all go home now, right? Well, no. That’s the wrong way to measure the impact of “getting hot,” because there’s a good chance that we’re just capturing how consistently great teams play in any given half. A team that goes 7-1 in the first half and 6-2 in the second half is going to look impressive in the chart above and will likely produce gaudy win totals the following year, but it really didn’t play better as the season wore on; it doesn’t resemble the Bengals or the Redskins. Those teams are the hot hands we want to go after, and so the shape of the study needs to change.

What if we switch it from raw win total to the difference between win totals from the first half to the second half, as I discussed with regard to the likes of the Bengals and Bears in the opening paragraph? That’ll give us a better idea as to whether a rapidly improving or declining team has some sort of carryover effect to the following year. How do those numbers look?

The teams that played better in the second half seem to do a little better than the ones who slipped over the first eight games of the subsequent season, but it’s not by much. At that level, history doesn’t tell us much about whether this effect exists at all.

There’s another issue that these numbers aren’t accounting for, though: The innate nature of NFL teams with outlying records to regress toward the mean. In this case, that means that teams with a winning record are likely to decline and head toward an 8-8 season, while teams with a losing record are likely to improve on their way toward .500. Don’t believe me? Here are those teams from 1990 to 2011 split by their total regular-season record, what they did the following year, and the percentage of those teams that improved or declined (or maintained their previous record):

Great teams almost always get worse, truly bad teams almost always get better, and teams in the middle tend to make slight movements toward 8-8. It’s the big-picture reality of the NFL. For that reason, we have to institute some sort of control to get a better idea of whether these second-half hot streaks really mean anything. Instead of merely looking at whether a team made a second-half leap or not, we need to compare them to similar teams who didn’t make a leap (or got notably worse) and see if they play better than those similar teams in the following season. In other words, do 10-6 teams that get hot at the end of the season play better the next year than 10-6 teams that freeze up and play worse during the second half?

It’s a tough question to answer because the exercise quickly devolves into really small sample sizes; I’m not sure that there’s anything to be gained from comparing five “rising” 10-6 teams versus six “falling” 10-6 teams. As a result, I had to lump them into groups of teams that were 11-5 and 10-6, 9-7 and 8-8, and 7-9 and 6-10. (There weren’t enough teams with 12 wins or more or five wins or fewer to make comparisons.) I then split those groups into teams that were “hot” or “cold” in the second half, meaning that their second-half records were at least three wins better (hot) or worse (cold) than their first-half records. The control was those teams that had win totals that didn’t change by more than two wins from half to half. I analyzed what they did over the first eight games of the subsequent season, and then over that entire second campaign.

Guess what I found? Getting hot in the second half has meant just about nothing for future team success, after you account for the performance of similar teams:

Does this mean that there’s no value in peaking in the second half and getting better as the season goes along? Of course not. All the ideas and values I mentioned still stand and have some meaning. The NFL, though, is subject to more randomness and overwhelming effects than any other sport by virtue of its short season and high injury rate. The Redskins should certainly have more confidence about their ability now than they did after their 3-5 start to the season last year, but if Robert Griffin III gets hurt again and the Redskins struggle, nobody’s going to be bringing up their confidence from the second half of last year as a meaningful proposition. And if the Bears start 6-2, nobody is going to be talking about how they overcame their second-half collapse from a year ago. While the possibility exists that there’s a significant value in getting hot during the second half, there’s just not meaningful historical evidence suggesting that it actually has any bearing on future seasons.