Leave it to the Sochi Games to inspire this bold new development plan of aggressive adaptation for adaptation’s sake. This platform’s primary motives are quite simple:

• Architects of the Biathalyzer®, the movement to add guns to every sport, inform us that their efforts are being held up worldwide in certain safety-minded legislatures.

• The addition of dance components to sports not currently boasting dance elements would compel a revolution in costuming, in some cases desperately needed.

• That revolution would be real sparkly.

• A subjective judging element would be introduced into sports that currently rely chiefly or entirely on objective measurements, furthering the possible reach of that kraken of corruption that embodies the true Olympic spirit we so cherish.

Alpine skiing: In this age of technical fastidiousness, of computer-engineered suits and precision-crafted equipment, is it so much to ask that an athlete navigate around his or her designated gates with a little flair?

Biathlon: More than any other discipline on this list, the appeal here is entirely self-explanatory.

Bobsled, luge, skeleton: With the rise and mainstream spread of extreme/action sports, how to maintain the dangerous edge for sports that already require humans to hurl themselves off the top of a mountain and down a tunnel of ice? With the addition of style points for ghost riding.

Cross-country skiing: Look for this to evolve into the new figure skating, in terms of drama, as individuals and teams adapt full-length ballets, seek to cross the finish line before collapsing, and aim to wow a panel of fierce dance critics. (Have you seen what these athletes look like at the finish line? Now imagine they’re done up to look like Act IV of Swan Lake. Gonna be a lot of Swan Lakes.)

Curling: During the most crucial moment for a given curling stone, only two members of the team to which that stone belongs really exert any effort with their bodies. No more. The bold new frontier of ice tap dancing begins here. 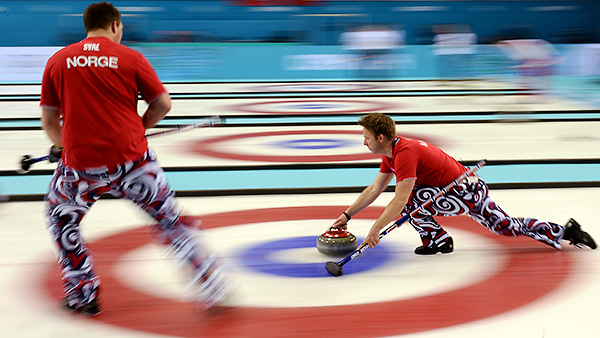 Freestyle skiing: Gonna see a lot of jazz hands here. Lots of the same skiers recycling the same seven or eight big-band songs. There’s only so much you can do with a ski strapped to each leg and a pole on each wrist — namely, pretending those poles are canes and your helmet is a top hat. Will catch on quickly with aging ice dancing fans.

Ice hockey: Import the compulsory figures element from figure skating to replace all tiebreakers after the first shootout. Teams get one chance to settle it with their sticks, and then the lights dim, the disco ball comes out, and it’s USA versus Russia, in a battle of serpentines.

Ski jumping: An exciting sport with a real snoozer of a lead-up. This will develop into something similar to biathlon, where a certain number of pirouettes must be properly executed before you dash to put on skis and head down. And if you’re willing to hurl yourself that far into the air for a medal, but not to do the Cabbage Patch on the way down, how badly do you really want that podium spot?

Snowboarding: This is where free expression is really going to explode, with the athletes’ upper bodies free to convey the traditional dances of their home countries, or something entirely new. Halfpipe Dance-Off will spend two years at the X Games, max, before breaking into Olympic exhibition and becoming a hit video game.