“Smart” is a relative term, you know. Who’s the decider of what actually makes you smart? I bring up this non-agenda-laden, non-topical topic because I want to know: At what point did spelling become so important, and why is it so impressive that 8-to-12-year-olds can not only spell thousands of words correctly, but get to these answers by way of trilingualism, the definition of words, and etymological clues? I mean, it’s impressive, but can they blog blogs?

Even if they can — really well — comparing how I did in the semifinal rounds of the 2014 Scripps National Spelling Bee versus the wunderkinds doesn’t really mean anything. Everyone has their own strengths, so who cares if my thing happens to not be words? Why would that matter, given my profession? 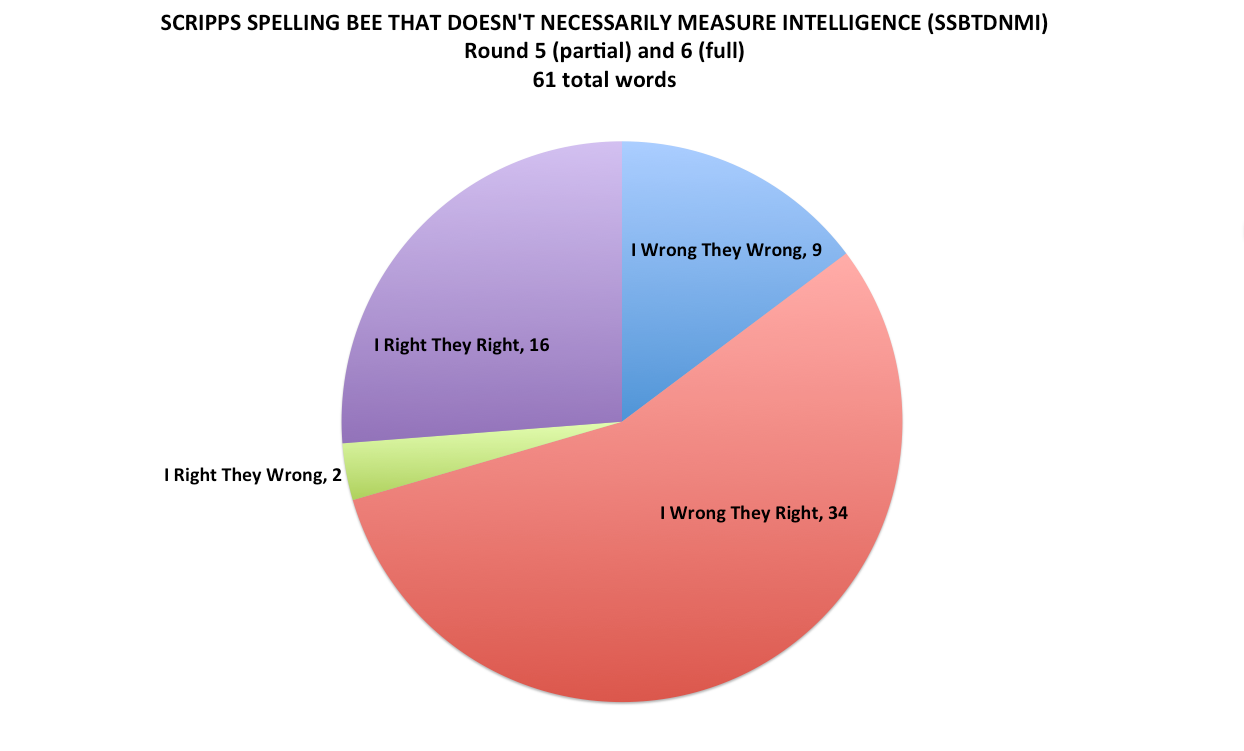 The takeaway from this chart measuring my spelling proficiency is “Things aren’t always what they seem.” Perfect example: I had to attempt to spell these words at my desk. But does this stupid chart tell you that? No. People were walking by, distracting me to no end, all while I was trying to flourish as a speller. These little “geniuses,” on the other hand, didn’t have to deal with any of that. They don’t know about the workplace. And on top of that, they got to ask their questions about the words, while I had to sit here and use what I was given. And this all happened only feet away from the moderator, on stage, in front of everyone, while televised and illegally streamed all over the world. It’s just not a fair comparison, which explains the diverging results. 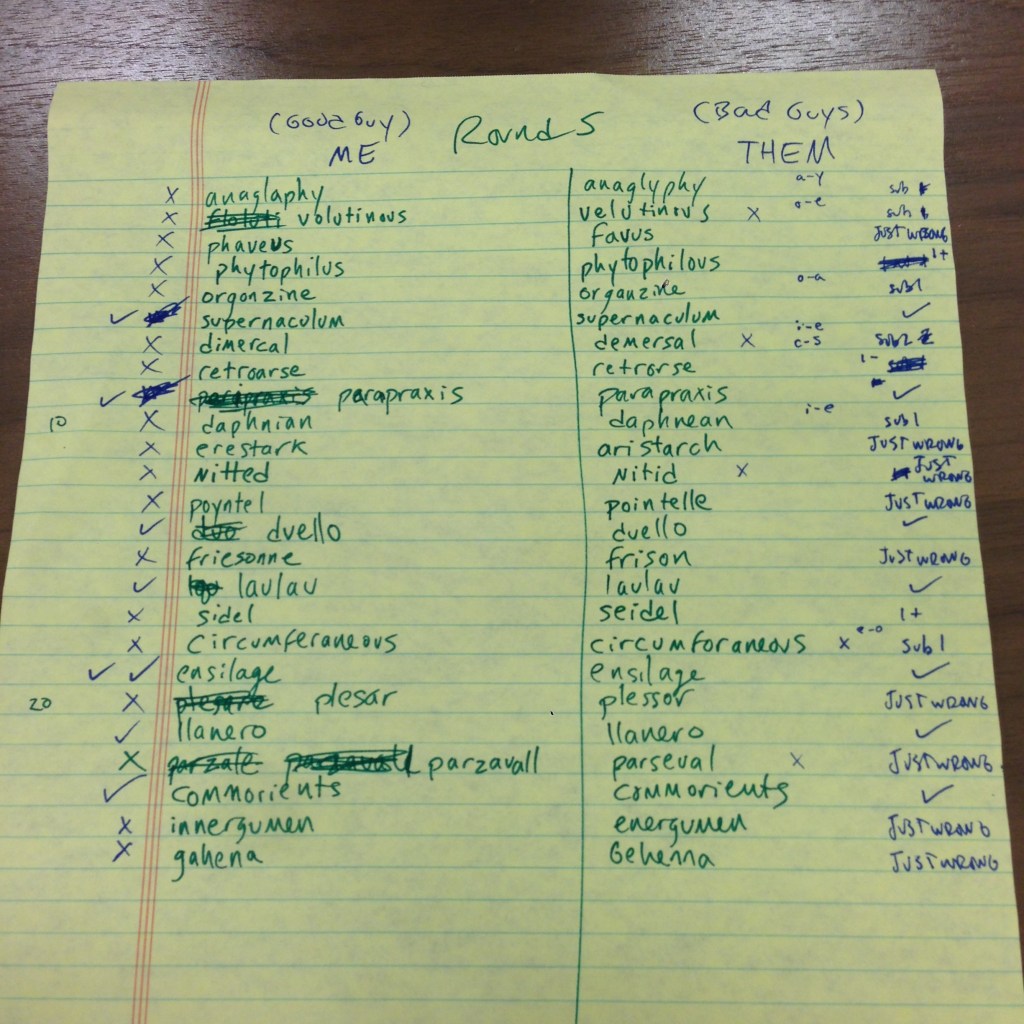 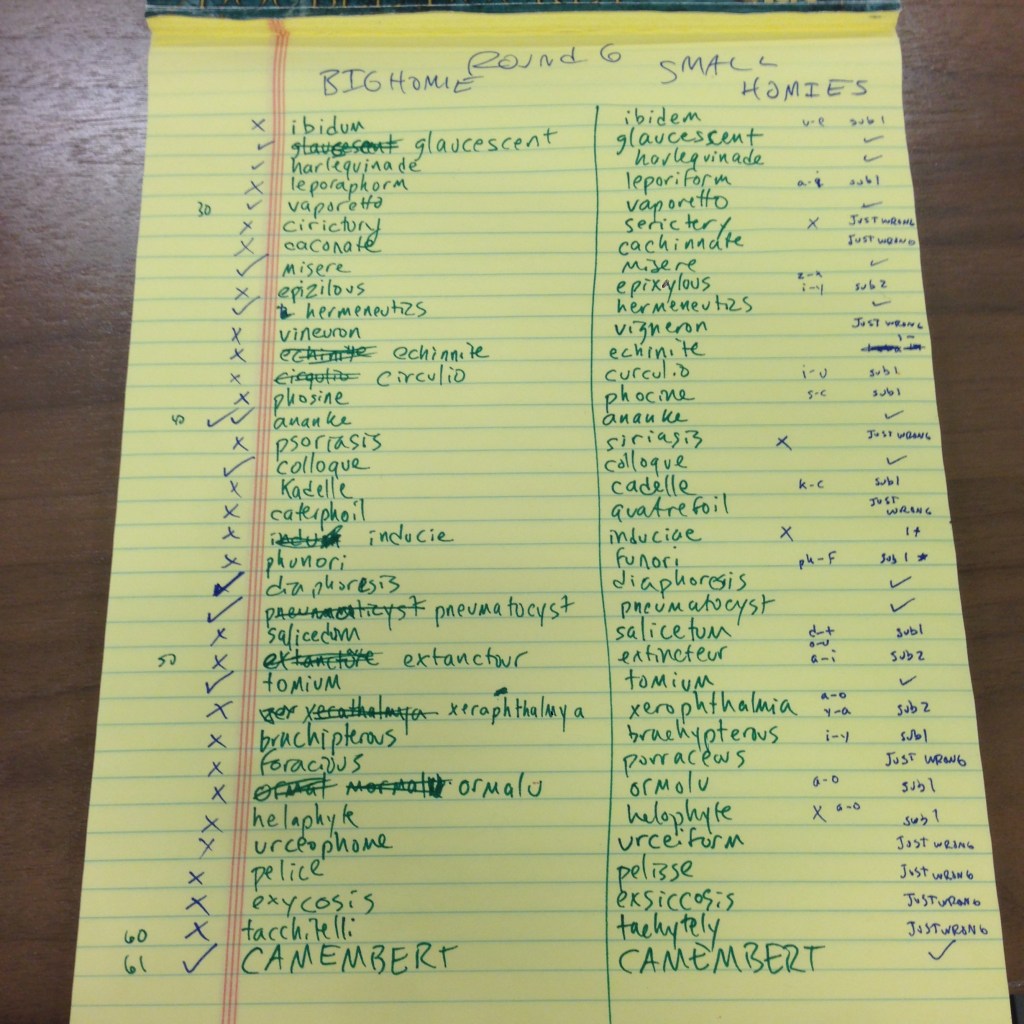 Despite my perceived struggles, I’m still attempting to learn from my mistakes. Because I can tell I’m so close to being an elite speller. And even though there are plenty of things I can do that these children can’t (attend college reunions, rent cars [really depends on the state, and the rental company, and typically whose shift it is on that second Tuesday of every month]), I’m not satisfied in being very below average. Which is why the next step is to learn from my mistakes. To really look at what it is that’s standing between me and spelling greatness. 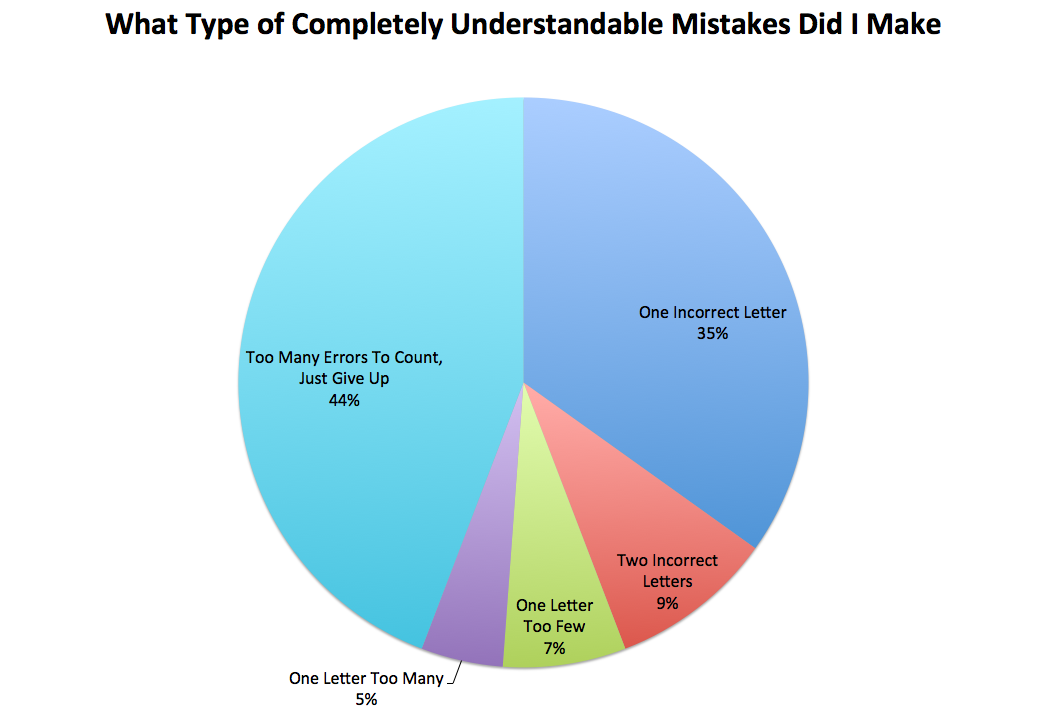 The “Too Many Errors To Count, Just Give Up” category, while the biggest slice of the pie, is the least important. Because who actually knows everything? Day in and day out, I’m not concerned by my spelling of quatrefoil as caterphoil. Or porraceous as foracious. Because, for starters, I spelled Camembert correctly. And as for the things I missed, most were simple, completely understandable, extremely fixable single-letter screwups. Mistakes that are so easy to fix, I have already fixed them.

From here on out, I know that ph can be an f. And that a d is typically a t if the word makes the t sound. And that a fancy word always starts with a c instead of a k because this isn’t Kiddie Kollege, it’s the Scripps National Spelling Bee. And that, if stuck between an a or an o or an i or a y, never pick the one that makes the word sound like a pasta or a cheese (see: tachytely, not tacchitelli; and organzine, not orgonzine). Unless, of course, the word is a type of pasta or cheese.

Despite my continued feelings that there is more to this world than elite spelling, I am excited to participate at home in tonight’s Scripps finals, now as an elite member of the middle school spelling community. I won’t let you down, Mom.