LeBron James went to the movies on Saturday night. This is a news story, which both makes sense and carries within itself a haunting stupidity: On the one hand, James is one of the most iconic entertainers in the world, currently battling on the biggest stage his sport has to offer; on the other, this is a dude going to the movies. On a Saturday night.

Going to the movies on a Saturday night is in the Constitution; it is a God-given right of any American. And maybe you’re hung up on him having been alone, but I’ll get out in front of this stupid locomotive: Of the nine movies I’ve seen in 2014, six of them I saw alone, because why the hell do you need someone to see a movie with? Unless you’re a bad person, you’re not talking to them the whole time. It’s the perfect solitary experience.

ANYWAY. This isn’t about me. This is about LeBron James, superstar, hitting up Maleficent, taking in a little Angelina Jolie in Faust horns, paying his respects to Elle Fanning. Fresh off his trip to the cinema, the King owned San Antonio in Game 2 on Sunday, evening up the series at one game apiece and silencing the morons who spent the past few days “LeBroning.” (Lolol, just kidding, you can’t silence morons, they’re like perpetual-motion machines of idiocy.) Obviously, some of the other guys should follow Bron’s lead and hit up films on their own before Game 3. Here are my suggestions.

Tim Duncan’s old as hell. He’s so old, nobody actually knows when he was born; it’s one of those mysteries — like what caused the extinction events and why Bruce Jenner looks like he does — that, because they predate human history, we may never truly understand. He’ll relate to Cold in July, the new thriller featuring Michael C. Hall’s mullet and a turn by legendary playwright and actor Sam Shepard in which the actor seems so old, he appears to be moving by means of pulleys. Shepard is a king badass; Duncan can relate.

Look: D-Wade gets it. Back in the day, you could do it on your own; you could win a championship as the anchor, the linchpin. But sometimes, you need to put your ego in a cool, dry place and embrace players who are as singular as you, who have been set apart, by a combination of gym time logged and talent nature-born, so you can stand up to the forces arrayed against you. Also, man, time travel. If you knew when the contact was coming, who can say how effectively you could flop?

This goes for all the Spurs, really, but Tony Parker, as the team’s point guard and youngest member of the triumvirate, knows for certain how the rematch this year provides him and his teammates an opportunity to improve upon the mistakes they made in 2013. Lessons to be learned, then, from Tom Cruise as he puts on a weird robot exoskeleton and fights the same battle over and over again. Plus, a little Googling reveals that it doesn’t look like Cruise and Eva Longoria were ever rumored to be in a relationship! I am surprised by that.

Yo, you don’t even want to get started talking James Gray’s filmography with Christopher. Dude could talk Two Lovers until you start hallucinating from dehydration.

Manu’s a sharp guy, and I don’t think he’ll quite be able to gloss over the fact that Godzilla’s narrative is a Tim & Eric sketch. But as the Spurs’ sixth man extraordinaire, he’s a little like Godzilla, coming off the bench exactly when you need him. At least, that’s how I read Godzilla — he was hiding under the ground waiting to defend the world from Girl Mothra and Boy Mothra, right? Why does he even care? Also, he’s just living in the Earth’s crust? Why doesn’t he eat nuclear missiles, too? Oh, humans actually can’t overrule nature? What do you call global warming? This movie is so dumb.

Blue Ruin, my favorite movie of 2014 so far, tells the story of a drifter who, upon learning that his parents’ killer has been released from prison, goes out to extract a highly amateurish and sloppy version of vengeance. In this newfound twilight of his career, Rashard Lewis is similarly being asked to perpetrate the sort of violence he hasn’t been capable of in a long time, even starting the Heat’s last five games, a place he found himself only six times all season. Also, Blue Ruin features the realest trying-to-remove-an-arrow-from-your-leg scene in the history of film, and I bet Rashard would appreciate it.

Kawhi Leonard — The Fault in Our Stars

Kawhi Leonard’s a quiet dude, and while there’s no reason to believe he’s bottling anything up, just in case, it might serve him well to go check out the ultimate in tear-duct-rending catharsis, The Fault in Our Stars. Just let it out, buddy.

Not to mention that it’s a nice reality check: Oh, you’re stressed out about basketball games? THESE BEAUTIFUL TEENS HAVE CANCER AND ARE IN LOVE AND THEY’RE PROBABLY GOING TO DIE.

Michael Beasley just wants to laugh, and it’s either this or Blended. Mike: Don’t see Blended. 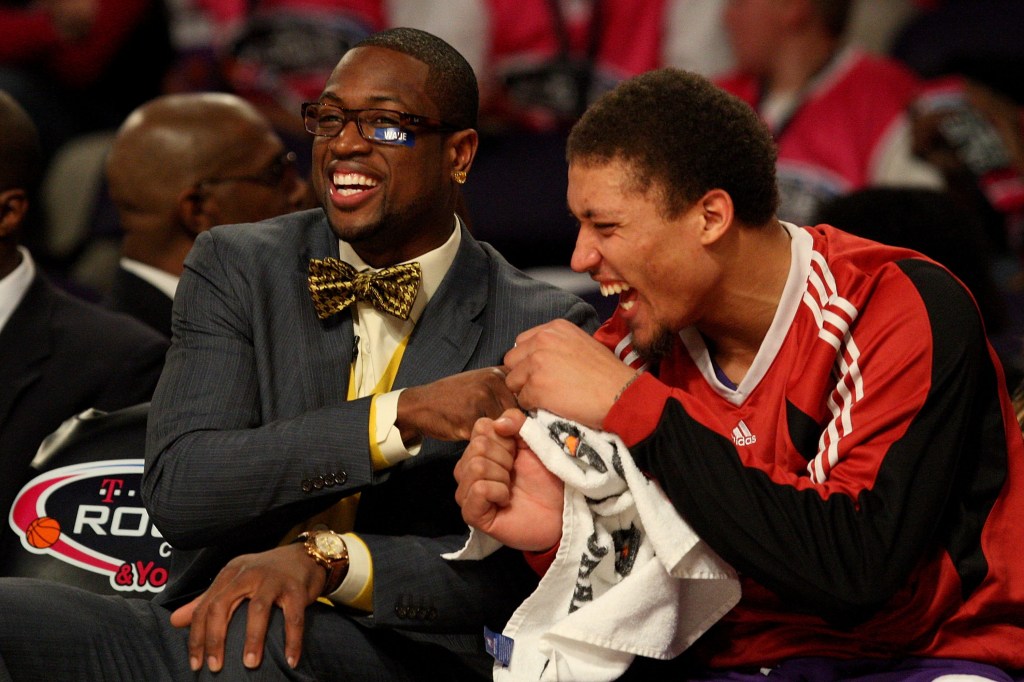