The NFL trade deadline usually comes and goes without much fanfare, because most GMs are risk-averse scaredy-cats who can’t admit past failures. Your fantasy league, however, is likely full of courageous, calculating risk-takers who aren’t beholden to the demands of a fan base, resulting in an exponentially more exciting trade deadline.

With the trade deadline in many fantasy leagues set for this week, here’s a quick guide to wheeling and dealing like a champion.

• WR Larry Fitzgerald, Arizona Cardinals: Considering there are four top-flight defensive backfields (Rams, Titans, Seahawks, 49ers) looming on Arizona’s schedule, it’s a safe bet that Fitzgerald will end his season on a quiet note. With Fitzgerald coming off one of his best outings of the year, this is the perfect time to trade him.

• QB Philip Rivers, San Diego Chargers: Chances are you grabbed Rivers off the scrap heap in Week 2 or 3 hoping that his hot start wasn’t a mirage. And for the first half of the season, it wasn’t. But as we predicted, Rivers has come back to earth since Week 9’s matchup with the QB-friendly Redskins, and he still has to face the menacing Chiefs defense twice. Let those matchups be somebody else’s problem.

• RB Fred Jackson, Buffalo Bills: A good running back is hard to find, and it might seem insane to trade away the guy who rates as the 11th-best back in all of fantasy football. But Jackson hasn’t been very productive lately, and he has a very real history of falling off late in seasons. Moreover, now that starter C.J. Spiller is relatively healthy, it’s much harder to bank on consistent carries and production from Jackson. If you can get a solid RB2 like Le’Veon Bell or Ben Tate for Jackson, go for it.

• QB Tom Brady, New England Patriots: This one’s for all the Matt Ryan owners who remain in playoff contention, an endangered species but a species nonetheless. Despite Brady’s just-OK outing last night, I maintain that his output will significantly increase over the season’s final month now that he has a healthy supporting cast.

• RB Donald Brown, Indianapolis Colts: It seemed like the Colts finally figured out against Tennessee that Brown is the better option than Trent Richardson right now, and Brown’s workload should skyrocket accordingly down the stretch. In PPR leagues, he’s RB2 material.

• TE Jimmy Graham, New Orleans Saints: If Graham’s owner is frustrated by two consecutive no-touchdown games, thank your lucky starts that said owner is an ungrateful ass and quickly make a deal for the biggest mismatch in football. Graham’s snap count is up, and he’ll surely reach the end zone against the hapless Falcons.

• TE Garrett Graham, Houston Texans: He’s basically an off-brand Jimmy at this point, the “I Can’t Believe It’s Not Butter” of fantasy football. If you’re too cheap to buy the real thing, Garrett is an acceptable alternative.

• Ken Dorsey Approves This Message: This trend of folk-hero college quarterbacks emerging as fantasy studs has gone from cute to ridiculous to downright alarming REAL QUICK, my friends. Nick Foles I could stand. Scott Tolzien was an amusing blast from the past. And you’d have to be a psychopath not to root for Case Keenum’s Houston homecoming. But I am not prepared to live in a world where Matt McGloin outscores Peyton Manning, Drew Brees, and Andrew Luck. I mean, who’s next? Juice Williams? Todd Reesing? ROBERT MARVE?!?

If your league doesn’t offer bonus points for a MCGLOIN SMASH, why the hell do you even play fantasy football?

Anyway: Terrelle Pryor’s nagging knee strain paved the way for McGloin to start, which he might continue to do after passing for three touchdowns. As you might expect, McGloin is available in virtually every ESPN.com league; one gets the sense that various Penn State alumni associations make up the 0.2 percent of leagues in which he’s owned. As you might also expect, I don’t have the heart to recommend McGloin as a waiver claim, but the truly WR-desperate may want to consider the services of Rod Streater, who was clearly McGloin’s favorite target Sunday. Denarius Moore owners, you are the weakest link. Good-bye.

And if you’re thinking, Didn’t the Raiders draft Tyler Wilson? Why is McGloin even a factor here?, PLEASE STOP. Just be thankful for what you have, because sometimes the alternative is too frightening to consider.

• A Song of Rice & Ire: Sure, Ray Rice’s 20-point game was impressive and all, but let’s be real: The only reason he rushed for 131 yards is because those 70-mph gusts of wind were propelling him forward, and you won’t convince me otherwise. He still looked like a kid in a snowsuit, and it remains to be seen whether this was a one-time breakthrough or a harbinger of sustained production.

I remain a Rice skeptic. The Bears are an especially easy matchup for running backs, Sunday’s weather wasn’t conducive to passing (hence the Ravens’ staggering 41 rushing attempts), and Rice’s one good game doesn’t erase his overwhelmingly horrendous season to date. If you finally sat Rice on Sunday after getting a month-plus of utterly useless showings, you got trolled, and that sucks — but don’t second-guess your initially sound decision. The only real positive to take from this game is that Bernard Pierce is no longer a threat to undercut Rice’s workload, at least until Rice starts posting 2.0 yards per carry again. Of course, Rice will probably do just that against the Jets’ top-ranked run defense next week, so capitalize on Rice’s revived trade value now.

For a brief moment on Sunday, the world was divided into three camps:

I’m somewhat ashamed to say I belong to the third camp, but I cut Danny Woodhead in the preseason to make room for Brown on my roster and really want to feel justified. Regardless, McCoy rendered everyone’s feelings moot when he returned in the second half, scoring a touchdown to boot. He’s vaulted ahead of Week 11 MVP pick Jamaal Charles on the points leaderboard, and will be able to rest his sore hamstring this week with the Eagles on a bye.

Worth noting: McCoy wasn’t the only Eagle to rush for a touchdown against Washington.

I can’t find a video of Foles’s 40-yard dash, presumably because YouTube’s servers aren’t capable of handling such a disconnect. But if you don’t remember, Foles clocked a comically sluggish 5.14 at the 2012 NFL combine, by far the slowest time among quarterbacks. So, basically, Foles’s nine-carry, 47-yard, one-touchdown day on the ground was the aberration to end all aberrations and the greatest testament to Chip Kelly’s offense thus far.

• Patience Is Not Necessarily a Virtue: If you wasted a roster spot on an injured Harvin for 10 weeks, you’re probably very disconcerted that Harvin saw just one target in his season debut and was on the field for only a third of Seattle’s offensive snaps. Take solace in the fact that Harvin made the most of his limited opportunities, turning said target into a 17-yard reception and returning a kickoff for 58 yards. He won’t be starting material until his playing time increases, though. Furthermore, the Seahawks skew run-first, making targets pretty hard to come by in their offense. And weirdly, Sidney Rice’s injury only exacerbated the logjam at receiver.

The Seahawks are off this week, so by the time Harvin is fully integrated into their system, the fantasy season might be over. Silver lining: NO MIGRAINES (YET).

• Spreading the Love: Let’s take a moment to highlight some assorted absurdities from around the league. Among other things, Week 11 featured:

• A Roddy White sighting! He nearly fumbled away his first touchdown of the season, but hey, that doesn’t show up in the box score. White’s game log is now 1 percent less depressing than it was before. Keep him on the pine.

• More proof that Vikings quarterbacks are a boon to any defense’s fantasy value: 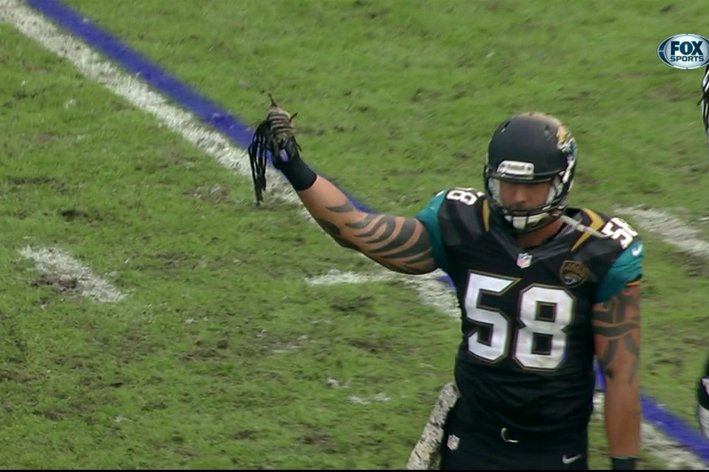 Think it’s a coincidence that Andre Ellington was completely useless on Sunday? Think again. If ever there were a week for Rashard Mendenhall to outshine Ellington, this was it, so naturally Mendenhall rushed for 14 yards on 13 carries.

• Shane Vereen becoming a PPR legend. Vereen’s 14 points in PPR formats more than doubled the six he scored in standard leagues; as such, he’s flex-worthy in the former and bench-worthy in the latter.

I don’t want to overstate anything, but last week’s Bobby Rainey Challenge redefines the word “success.” Forget about the 163 rushing yards and three total touchdowns, or the fact that Rainey was the highest-scoring fantasy player in Week 11; our silly little game may have single-handedly saved Greg Schiano’s job, comrades. That’s something of which we can all be proud.

Needless to say, Rainey has established himself as the feature back over Brian Leonard. I’m enthusiastically optimistic about Rainey’s long-term viability, if only because the Bucs will never stop running the ball now that Mike Glennon is under center. Also, the stellar track record of Challenge of the Week alumni is unquestioned.

He’s also surpassed the now-droppable Willis McGahee on the Browns’ depth chart and merits flex consideration in deeper leagues, especially with back-to-back softball matchups looming against the Steelers and Jaguars.

3. WR Jerricho Cotchery, Pittsburgh Steelers (83.6 percent): Yes, it stopped being cool to own Cotchery back in 2010, and yes, everyone will make fun of you if you claim him off waivers now. But red-zone targets take precedence over popularity, and Cotchery leads the Steelers with 13 of them, seven of which he’s converted into scores.

So many winners, so little time.

I was half-tempted to retire the Challenge after Rainey’s outburst and go out on top, but ultimately decided to continue preaching the gospel of Griff Whalen and Bobby Rainey and the like. Their stories of fantasy dominance often go unheard, and I think we’re making the world a better place by shining a spotlight on them.

In the meantime, shout-out to @jeremyphilipson for the Rainey idea, and to @tjanderson12, who was the most impressive winner of Week 11. Despite starting Jake Locker, WHO IS ON THE IR, Bobby Rainey led his squad to an easy victory.

@mattborcas I have the winner here. Started Jake "IR" Locker as well and pulled out a win #grantlandffchallenge pic.twitter.com/T1f0wReyzy

By my count, the Challenge of the Week is 2-0. If you’re interested in participating in Week 12’s challenge, I strongly urge you to pick up McGloin. (More details on Thursday!)