Summer league is a basketball convention. Incoming rookies, well-traveled journeymen, agents, executives, coaches, trainers, league officials, and media members smashed together in Las Vegas — perhaps the greatest convention city in the western world — and faced with all the town has to offer. There are between six and eight semi-coherent basketball games per day, plus various ancillary business meetings, social events, and academic conferences. It gets messy. I lost my glasses on Day 2 and went the last three days without a laptop cord.

But for some, the mass assembly of the known basketball universe is the whole point.

“Everyone is here,” Simone Casali, the GM of Olimpia Milano, told me. With 26 Serie A titles, various domestic cup wins, and three Euroleague titles, Milan is Italy’s most decorated club — and the former home of Mike D’Antoni1 and Danilo Gallinari. “It’s a mess because it’s a bunch of information. And it’s a bunch of people. Everybody wants to talk, understand, know. You can have a different point of view because you can talk to journalists, agents, that maybe don’t know your league that well. It’s a web. You start from one point and it grows.”

Seven Serie A titles and two Euroleague titles as a player and a coach.

Generally speaking, you can spot the European representatives at summer league by what they wear; they’re just better dressed than their American counterparts. Sporting a white shirt, crisp enough to cut glass, Casali spoke to me in the drab media room under Cox Pavilion as he munched on potato chips out of a plastic cup, never dropping a crumb. He was fluent enough in English to make me feel like an idiot and just young enough to make me question how I might have screwed up my life.

“Summer league is the place to find different levels of players, playing together,” he said. “You have to balance the level of the competition going on. Who is playing, who they are playing with, who they are playing against. Then it’s not the truth, because the defense in the summer league is [not as good as] in our league. But you know that everybody is trying to play his best because they’re looking for a contract.”

A good summer league showing, though, is just a data point in the overall formulation that might lead to a team acquiring a particular player. 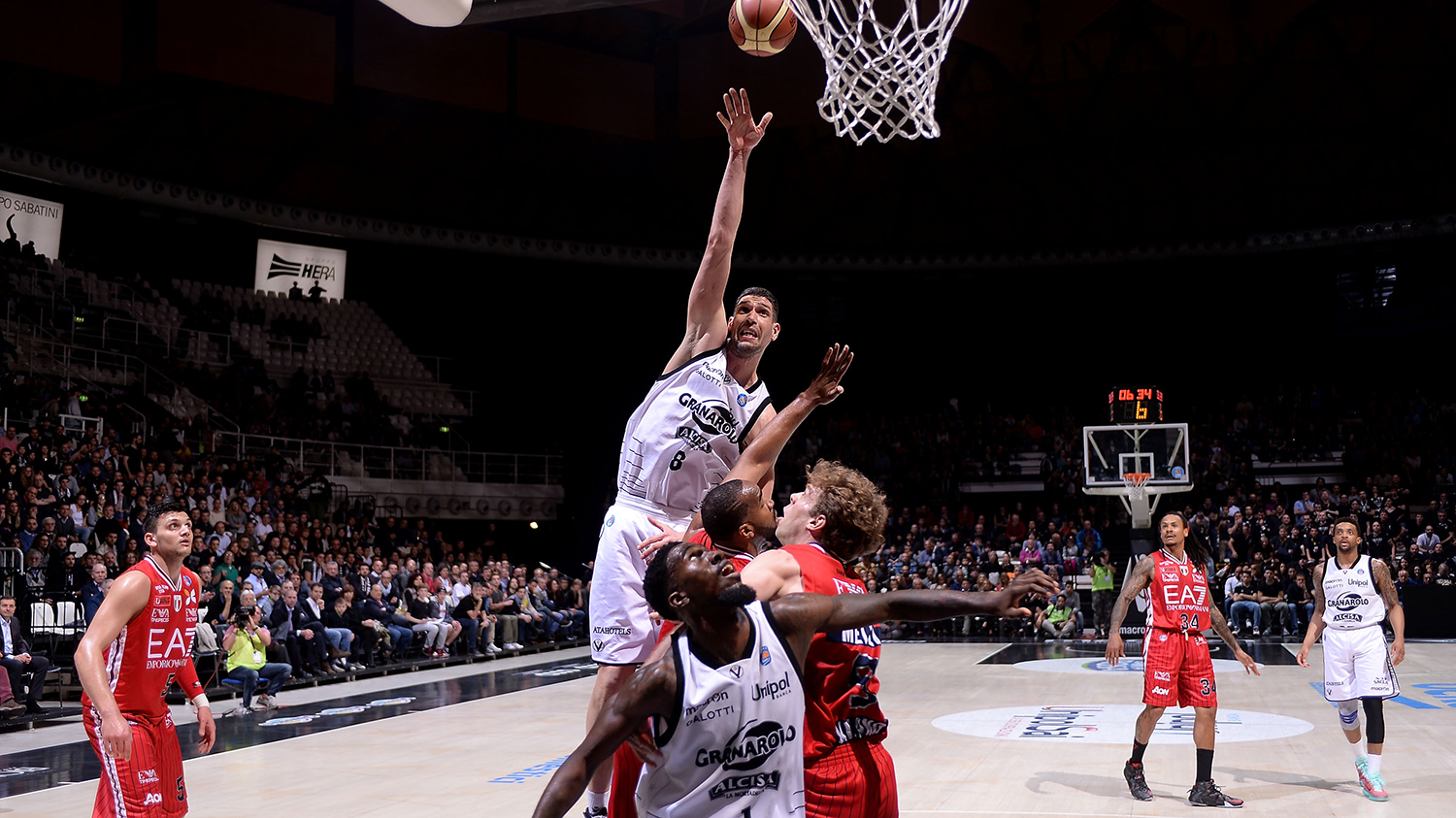 Americans have been playing overseas for decades, and international players competing in the NBA long ago ceased being a novelty. Still, an awareness that international basketball exists is not the same thing as knowing how it works.

Every team has its own distinct history and culture, and every league has its quirks. The Euroleague, the top basketball competition in Europe, admits teams using a nigh-impenetrable licensing system that takes into account recent domestic league performance, television revenues, and attendance. The Philippine Basketball Association uses a three-conference system that is essentially three separate tournaments, two of which allow the use of one non-Filipino player (called an “import”).

So how do you convince an American player with NBA aspirations to make the move across the pond? “If a guy has the NBA dream, I can understand it,” Casali said. “The day they understand [is when they see] they can make money first, and be a star in another place, and actually be known in the U.S. as well. My example is Keith Langford. Keith was an amazing college player who wasn’t big enough, strong enough, whatever enough to play in the NBA. He came to Europe, he made millions. Now he plays for the American national team in the Pan-Am games. Everybody knows him. He’s one of the top five guys in Europe. When the player decides he is ready to come to Europe, it’s not that hard to convince them.”

Every scout makes judgments about a prospective player’s fit with their team. Scouts representing clubs from overseas have to navigate those concerns while considering a complex variety of questions about a player’s ability to adapt to a new culture, language, and surroundings.

“In the NBA, players are treated more professionally,” Casali told me. “In Europe, you are together for 200 days. Practice every day. Team meeting. Team lunch. Traveling in different ways, not as comfortable as NBA. It’s a different way to live the sport. And actually I think the U.S. is better. It’s a better way to live the sport. Because it’s sports. In Italy, it’s life and death.”

Not just in Italy.

While the accoutrements of playing basketball professionally overseas are a step, or several steps, down from the chartered flights and cutting-edge training facilities of the NBA, the fan attention — amplified by feelings of national and civic pride and longstanding ethnic grievances — is often much more intense. In March, a Euroleague game between Alba Berlin and Istanbul’s Galatasaray was delayed for 20 minutes due to a minor riot, allegedly sparked by a racist banner. In December of 2014, a Serbian fan of Red Star Belgrade was stabbed to death during hooligan-fueled street battles that took place around the team’s Euroleague match, also against Galatasaray. Violence — which may include spitting, hurled bathroom masonry, and fireworks tossed at players — is so endemic to games between Greek rivals Panathinaikos (34 GBL titles; six Euroleague titles) and Olympiacos (11 GBL titles; three Euroleague titles) that it’s probably more accurate to say that the rioting is marred by occasional outbreaks of basketball.

Daryl Middleton, a former Baylor Bear who’s now an assistant coach with CSKA Moscow after a 25-year playing career in Europe, played for Panathinaikos from 2000 to 2005. In an interview with the New York Times, he described the aftermath of an attack on the Panathinaikos team bus by Olympiacos fans: “There was blood everywhere, all over the seats and the floor. It was crazy — fans threw coins and things at us during games, but I’d never seen boulders coming through the windows of a bus.”

That rivalry is cheerfully referred to as “the derby of eternal adversaries.”

Things are more placid for Casali’s Milan (well, basketball-wise, anyway). But the club’s trophy-laden history means high expectations. “We have more pressure,” Casali said. “There [are] only some places in the U.S. with more pressure than Milan. It’s like New York. You cannot miss. There [are] other places where everyone is a family and players are treated like babies and it’s easier for them to come because they are treated as superstars.”

Casali actually prefers signing American players who have previous experience playing overseas. He can evaluate basketball talent in Vegas, but nothing beats hard evidence of that talent being able to adjust to life in a different culture. The most notable example of this going wrong was Dominique Wilkins, who joined Panathinaikos on a two-year deal but refused to play the second year and returned to the NBA for the veteran’s minimum.

“Our style of life is very different. It’s like our rookie wall,” he said. “That’s why usually it’s hard for a top-level team to get a player directly from the U.S., either college, or D-League, or NBA.” 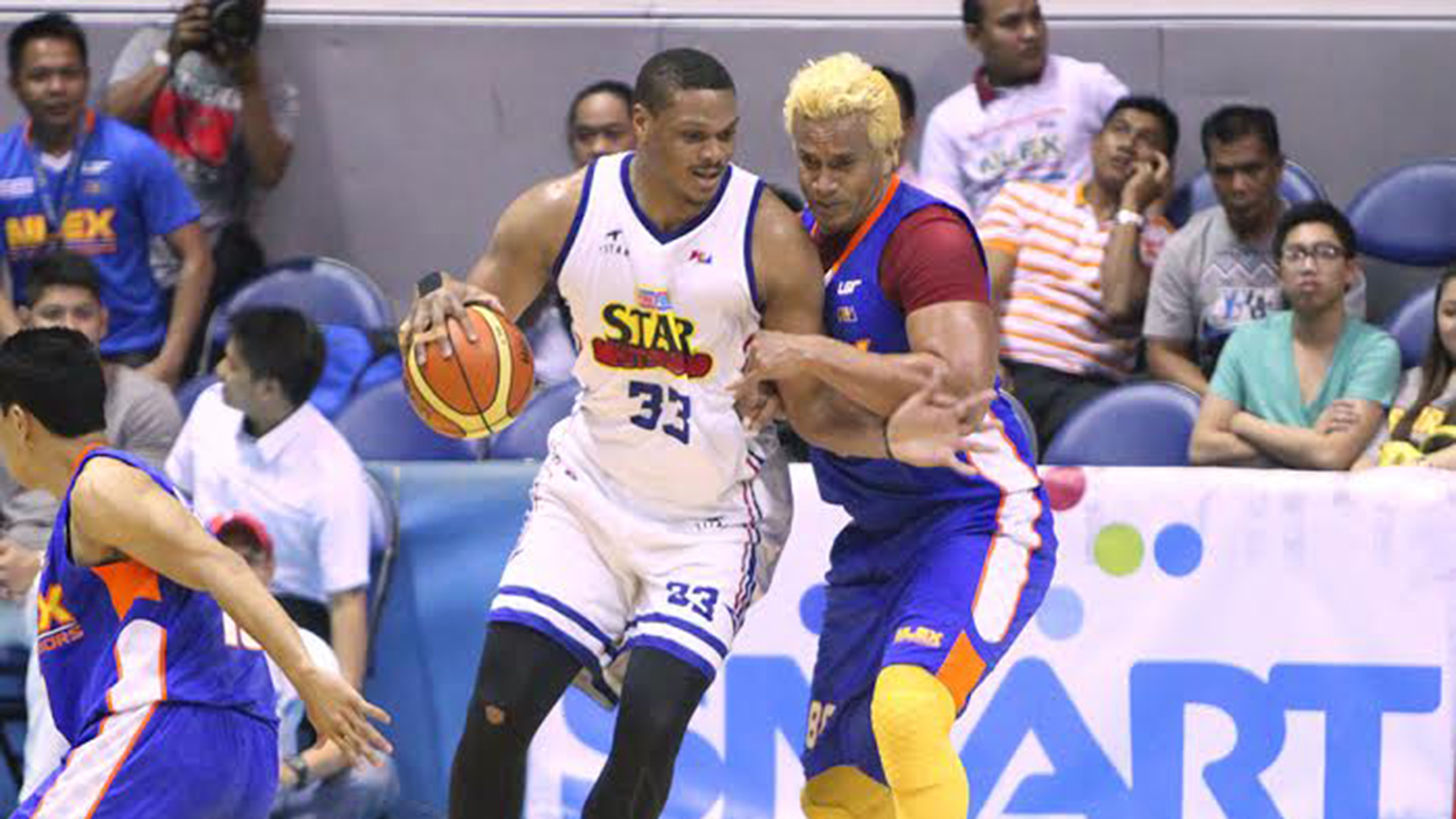 Fast-forward six months and Orton is on the summer league roster for the Portland Trail Blazers. Also in Las Vegas: Orton’s PBA coach, Tim Cone, the winningest coach in PBA history, with 18 league titles in 30 finals appearances. In 2013-14, his San Mig Super Coffee Mixers pulled off the fifth grand slam — winning all three conferences in a single season — in PBA history.

The situation with Orton was more complicated, of course. He was also not playing particularly well in a cutthroat league that expects its imports to produce immediately. But still …

“I never cut imports,” Cone told me in Las Vegas. “But I could tell right away with Orton, there would be problems. Just doing whatever he wanted in practice, not playing defense. Then he said that thing about Manny … ”

Did he get a chance to see Orton in Vegas?

You’d think that the court would be a refuge for players. But Americans abroad can find challenges inside the gym as well.

“Understanding how to change your game is the hardest part of the transition,” Casali said. “There’s more team play. I’m not saying it’s better or worse. We need to play as a team more than the NBA because we don’t have the single superstar. If I had LeBron James in Milan, I think I would play one and the other four in one corner. Let him play. When you don’t have that kind of player, you need to find other ways.”

Casali’s mission is the same as that of scouts around the world: find a player who works for a particular program and system. “MarShon Brooks, we had last year, he was the 26th pick,”2 he recalled. “Four years in the NBA at a high level. High level, not that high, but he played. He decided to come, his mind-set was ready. He came and it was great since day one — not cocky. It was nice having him.”

He was actually the 25th pick.

Milan finished the regular season with a domestic record of 26-4. MarShon Brooks averaged 15 points per game and led the league in plus-minus. But the team was eliminated in the semifinals of the Serie A playoffs in seven games by upstart Sassari, and was out of the Euroleague in the round of 16. A nice season, but not up to the standards the team and its fans expect.

“We change 10 guys out of 12. We changed the coach. It was a disaster,” Casali groaned, ruefully shaking his potato chip cup.