There’s something leonine about Graham Zusi. It starts with the nose, I think. It’s a dense concentration of flesh on a face so otherwise sharp and efficient that it seems more like the blueprint of a face than an actual face. There’s the hair, also, which can be mane-y in a Liam Hemsworth way but has lately been kept tight to a man-pony that only enhances Zusi’s cartoon-character vibe. And the long, narrowed slope of his face ends in a jaw that could be used to break icebergs.

Zusi is good-looking; this should be an uncontroversial statement. But it’s the way that he’s good-looking that’s worth discussion. More than any other player on the United States men’s national team, Zusi looks like he could line up with Edinson Cavani on Uruguay or Cristiano Ronaldo on Portugal or Zlatan Ibrahimovic on Sweden — if, of course, justice had been served and FIFA had included Ibrahimovic in the World Cup by fiat.

As he justifies his starting role on the American side, Zusi has looked less like his teammates and more like the guys he’s going against. And this, in a weird and superficial way, is sort of comforting.

In no way does international football, the world’s most popular sport, and American football, America’s most popular sport, contrast more than in how much you see of the players. Hidden under their helmets, their apparel obsessively controlled by the NFL, American football players are known more for their style of play than their personal image. Even quarterbacks, the rare exception to this rule, tend to be fairly coy in how they present themselves — there are few less visually interesting human beings than Aaron Rodgers and Peyton Manning, and Tom Brady absorbs a never-ending stream of hot takes for caring about how he looks.

In soccer, the opposite is true. Flamboyance is the norm. Every other guy has a part shaved into his head, his hair waxed into place despite the 97-degree heat, tattoos decorating his arms and neck.

The players actually look interesting. While this idea may horrify folks, like Ann Coulter, who consider aesthetic individuality second only to shopping at Whole Foods on the list of Things That Will Bring America Down, it’s fun as hell if you have a personality.

Now, it shouldn’t be any surprise to see this in sports; after all, the NBA is just as ostentatiously style-aware. But consider Zusi’s teammates. Aside from Alexi Lalas’s formerly hirsute days, when he looked like he’d come to every game on Ken Kesey’s Electric Kool-Aid Acid Test bus, the USMNT has been a restrained affair, led by guys like Brian McBride and Claudio Reyna and Landon Donovan, good and admirable dudes who are indistinguishable from the guy you lived with freshman year of college. And although Clint Dempsey, Jozy Altidore, Michael Bradley, and Tim Howard are many things, “flamboyant” is not one of them. 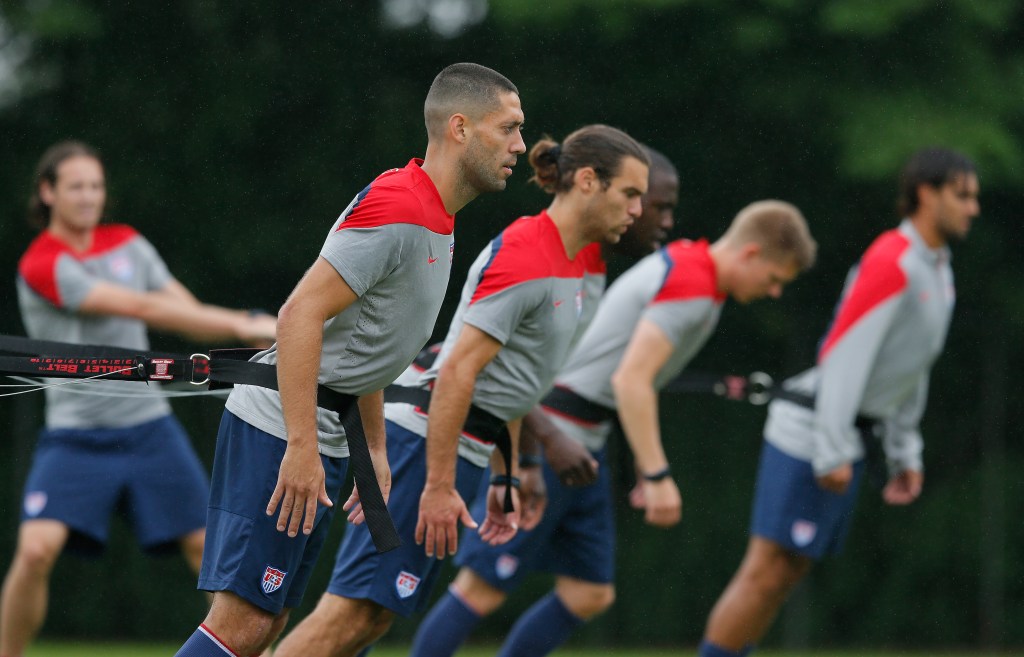 Dempsey might play like a nationless banshee, and Bradley with the cold precision of a German, and Howard with the prowess of a 12-year Premier League keeper, but it’s Zusi and Jones who look the part of a World Cup soccer player. (It’s mainly the hair.) And while their international-ness might be the most important (read: least important) thing about them, it hasn’t hurt that they’ve been two of our best players on the field as well.

Don’t get me wrong: We need guys like Brad Davis to be the physical manifestation of everything that comes to mind when people around the world hear the word “American.” But it’s a whole lot more interesting this way. Plus, even taking all of this into account, Jones is still the United States personified.