We’re three games into the NBA Finals, and everything is upside down. The whole world told us to get ready for a veritable repeat of Spurs-Heat, but this is more Heat-Mavericks. The Warriors look frozen and lost. The Cavs are wreaking havoc with killer defense and one great player making history on offense, and though it seems to be working to perfection, it doesn’t quite seem real. Is LeBron seriously averaging 41 points, 12 boards, and eight assists in 47 minutes a game? Is this real life? Is Matthew Dellavedova a real person? When did the NBA Finals turn into fan fiction?

This series is great because it’s completely baffling. But if you’re trying to understand how we got here, go back to the 2011 Heat-Mavs Finals.

In that series, we watched one of the most incredible upsets the NBA has ever seen, and it came with a performance that changed one superstar’s legacy forever. But as much as anything Dirk Nowitzki did, the reason the Mavs had a chance was because Shawn Marion and Tyson Chandler were everywhere, disrupting everything.

That’s what Tristan Thompson is doing for the Cavs. He’s making the Warriors just vulnerable enough for LeBron to kill them.

Thompson’s offense reminds me of Charles Barkley’s quote about DeAndre Jordan — “If you left DeAndre Jordan in the gym all night and told him he couldn’t dunk, he’d have six points in the morning” — but that’s besides the point. He dominates all the little battles that the Cavs are currently winning.

On defense, he and Timofey Mozgov have made the Warriors look hopeless at the rim, and Thompson has been quick enough to hang with Golden State’s guards when he’s switched onto them off picks. On offense, he’s crashing the boards, and he’s been so good that it’s forcing the Warriors to keep rebounders close to the rim instead of leaking out for fast breaks. It’s destroying that “pace” piece of the pace-and-space juggernaut we saw in Golden State all year.

Thompson is averaging 14 boards a game in these Finals, and even that number feels misleading. Just watch him for a few minutes at a time. There’s almost no missed shot that he doesn’t get his hands on, and as big as he is, he’s also quick enough to throw his body all over the court to create loose balls. It adds a high-percentage security blanket to an offense full of low-percentage shots. If LeBron is the wrecking ball, Thompson is the chain allowing him to swing over and over again.

So … what if we spent the entire season worshiping the wrong restricted free agent power forward?

That’s the subplot that’s shaping these games. Thompson has been invaluable for the Cavs, while Draymond Green has been mostly invisible for the Warriors. 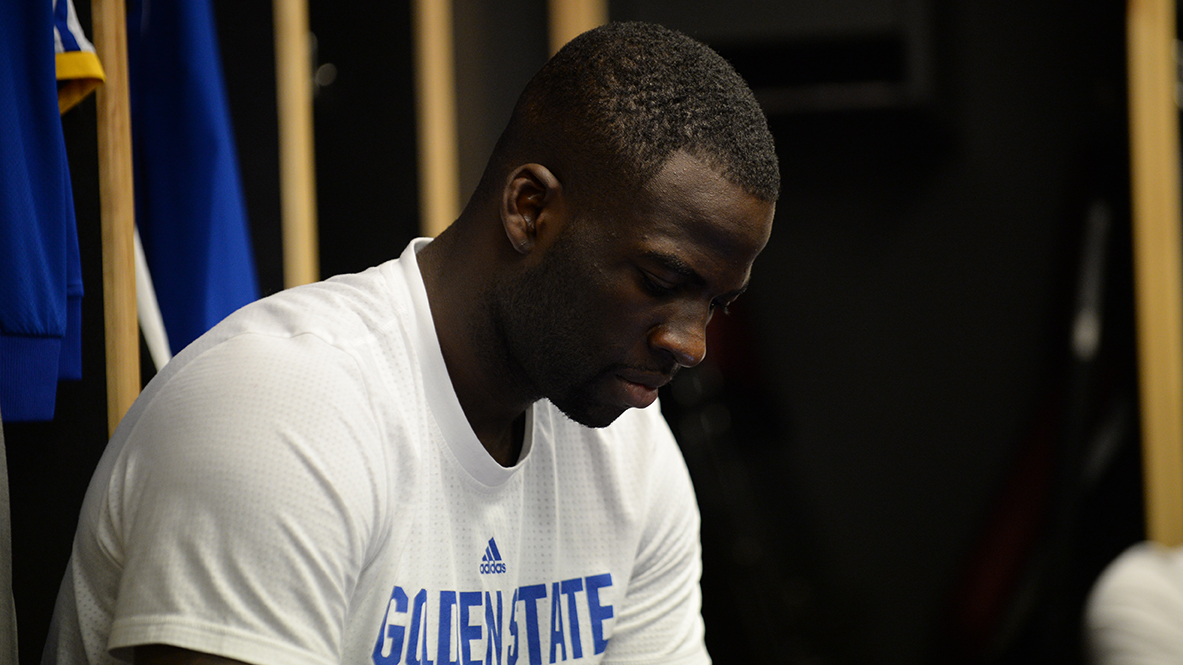 After Game 3, it was reported that Dray been battling a sore back after a fall in Game 2, so that’s a partial explanation. But it may not be all of it. Draymond struggled in Game 1 too. He’s been getting abused on the boards, which was expected, but he’s also been rushing things on offense and missing shots from all over the court. You know how people look at the Warriors lineup and say you have to pick your poison? So far, Draymond is the Cavs’ choice.

Through three games, he’s shooting 27 percent from the field, and he’s 1-for-8 from 3. These would be horrible numbers for any starter, but it hurts twice as much for the Warriors.

Just yesterday, half of Zach Lowe’s column on the Kevin Love trade talks last summer was dedicated to Golden State personnel expressing satisfaction with their decision to go with Draymond instead. “He didn’t just fill the power forward position,” GM Bob Myers told Zach. “He overfilled it.”

If you look at how the Warriors went from a good sixth seed to the team that spent most of this season with the league’s top-ranked defense AND its top-ranked offense, the conversation starts with Green, not Golden State’s new coach, and not even its MVP. It was Draymond who created the flexibility that made them terrifying on both ends of the court.

His ability to shoot and make plays allowed them to play fast and space the floor. His passing and penetration meant they could run the offense through their big men, letting Steph Curry and Klay Thompson spend a lot of time playing off the ball. On defense, his quickness allowed the Warriors to play an aggressive switching style that created turnovers, which led to fast breaks and more easy points. In general, he gave the whole team an edge that hadn’t been there before.

Right now, that edge is gone.

Draymond’s shooting is off, and he’s rushing his playmaking, which contributes to how lost Golden State looks on offense. On defense, the Cavs are pounding the ball with isos, making Golden State’s aggressive switching — and Draymond’s signature skill — more or less irrelevant. Hurt or not, Game 3 was the first time all year that playing David Lee felt like a smarter alternative. 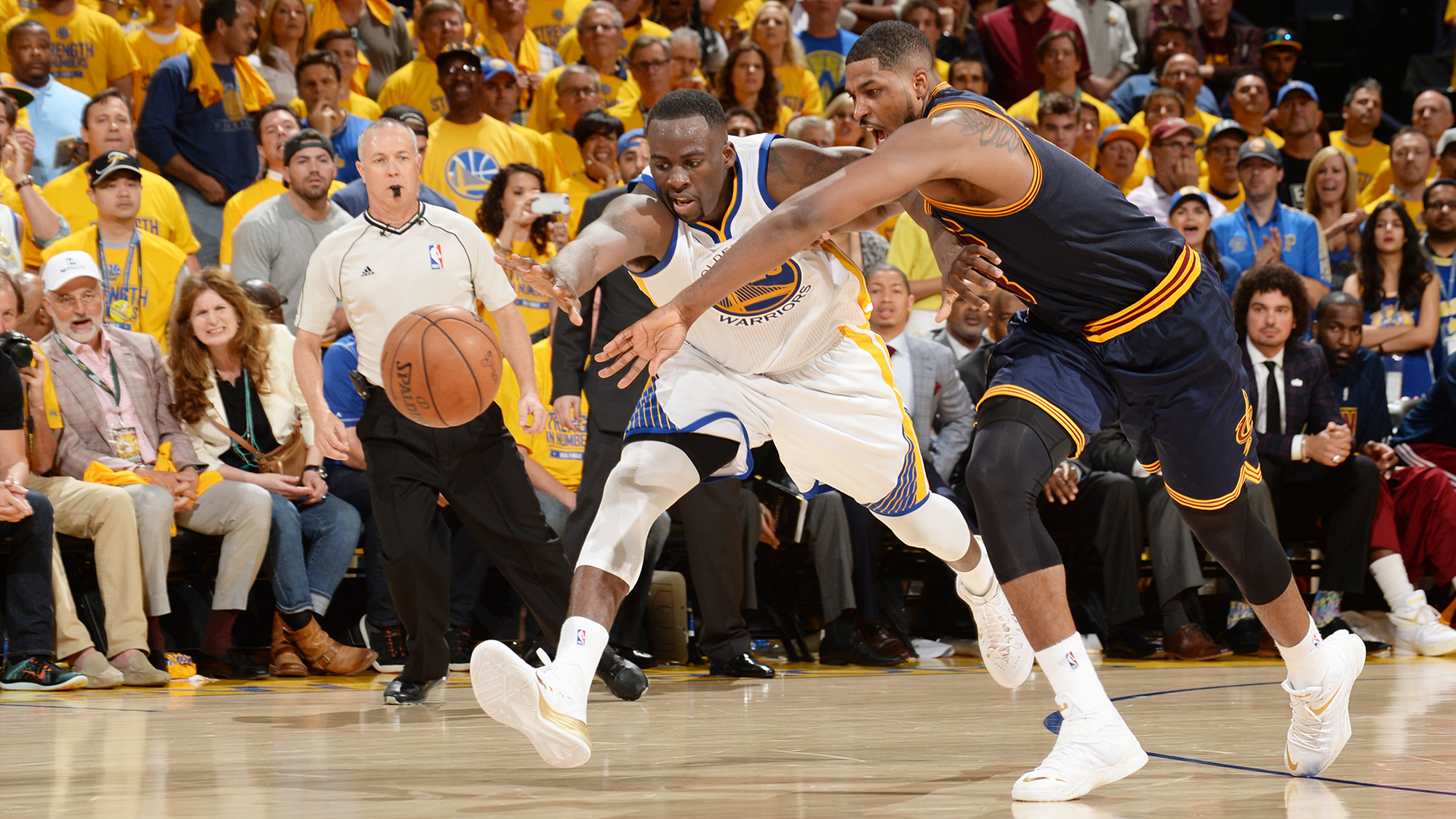 I’ve been shamelessly in the tank for Draymond all year long. Until a month ago, I hadn’t thought of Tristan Thompson since I’d laughed at the Cavs for taking him in the top five in the 2011 draft. But here we are. Add this to the list of baffling Finals developments. Green and Thompson aren’t even guarding each other most of the time, but there’s no question who’s making a bigger impact.

What if Thompson is just the better player? What if it turns out that height still matters in the NBA? What if this series is exposing Draymond’s limits?

These are the two most critical role players for either team, and while one struggles like we’ve never really seen before, the other is out here channeling the ghost of Ben Wallace every night. This isn’t over, obviously. It’s dangerous to count out Green, who’s spent his career rising to the occasion and proving people wrong. That’s one reason Warriors fans should feel some hope. But until then, if you want to know why it looks like the Cavs have been dictating terms in these games, start with Tristan Thompson.