“Christ, man … Jesus … you ever seen a horse like this before?” Wes Welker asked the stable boys, and they nodded, because indeed they had. Welker was sweating profusely and staring at a saddle perched on a bale of hay. He had been there … how long had he been there? What a day. Best ever. His jaw flexed and jutted and chewed at strange angles. He had never seen horses this beautiful in his whole goddamn life, and he had seen his share of the beasts back in Oklahoma. He reached out and patted the bale of hay gently, around where he thought the neck probably was. Or the flank, whatever the lingo was. He would have to get better at learning the names of horse parts now.

“The power in this horse, man. God. Feel it.” Sweat ran into his eyes. “Can I just — ?” He grabbed a grooming brush out of a passing stable boy’s hand and brushed the hay with nice, smooth strokes. “There, there.” 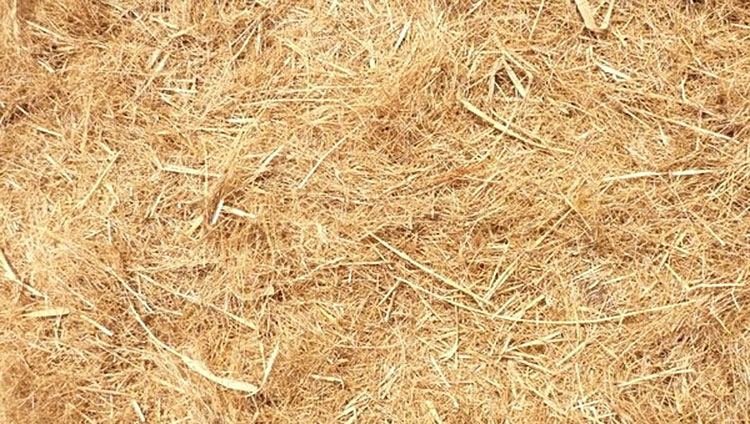 “Wow,” he said, letting his arms flap against his thighs and dropping the brush. He staggered backward and shuffled outside, pausing to sloppily stuff five $100 bills into the breast pocket of a stunned stable boy.

Somewhere on the Way to the Clubhouse

Wes could hear the pounding, pounding of the hooves. He could feel it, too, coming out of the ground up through his feet. Man, that sounded good. The race had been over for about two hours. Flecks of white paint rubbed off the statue of the jockey as Wes massaged its shoulders. Jockeying was hard work, and no one ever thought of them.

“Anyway, what were you saying? Best quarterback I ever played with?”

Welker thought about it and listened to the thundering of the hooves — buddadum buddadum buddadum. Best freaking sound in the world. Better than … he realized he had never really ranked the sounds, but maybe he should think about doing that. Second-best … toaster? Like, the springy sound when the toast popped up was always pretty good. Could signify waffles and Pop Tarts as well.

He took off his shirt, draping it over the jockey’s shoulders. “You don’t want to cool down too quick.” 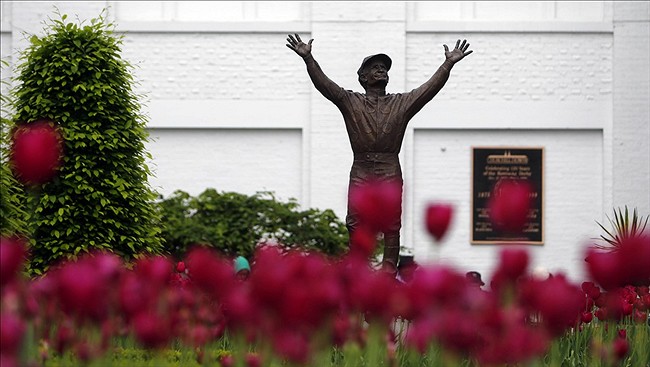 Wes Welker walked up to commissary, sooty fingerprints streaking the sweat pouring down his chest.

“I need a pack of gum and the biggest thing of water you have. Like a jug or whatever.” He held his hands about two feet apart, so as to indicate the sheer volume of water he felt himself capable of drinking. 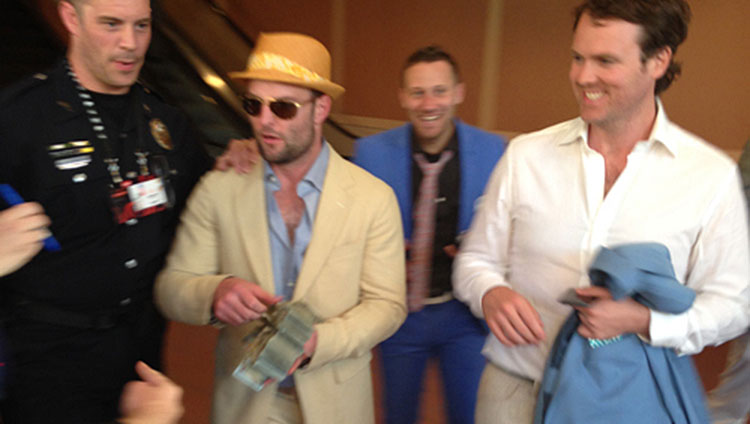 Welker paid with a $100 bill and proceeded to unwrap and chew the entire pack of gum. He started laughing, and he laughed for a very long time, until his stomach hurt, and he doubled over the commissary counter.

“Sir, you have to put on a shirt. Clubhouse rules.”

Welker finally got a hold of himself.

“Horse collar,” he finally managed to say, and then burst out laughing again. “THAT’S WHAT THEY CALL IT.”