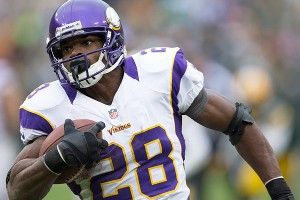 There’s one final piece of business left to cover regarding the 2012 NFL season: my preseason Over/Under bets. As Jonah Keri begins to break down this year’s MLB Over/Under opportunities, it’s time for me to look back and see how my preseason bets would have finished. I say “would have” because, as I mentioned in September, I had the tickets stolen from me in a robbery at the beginning of the NFL campaign. I won’t belabor that point any further — the bets were my positions, regardless of what actually happened to them.

So how did I do? Overall, I was a slight loser; my assembled futures bets lost 5 percent of my investment. That’s well down from the 46.6 percent profit I was able to rack up on my Over/Under bets during my year spent actually living in Sin City. Had I been in town during the playoffs (and still been holding the tickets), I probably could have turned that 5 percent loss into a slight profit, but it wouldn’t have been enough of a swing to really make a noticeable difference.

You can read the full list of my bets from September here, but I’ll go through them all and see how they turned out. Let’s start with one fatefully wrong bet and go down the list.

Might as well start with the most notable one! This series of bets, my third-largest preseason position, immediately flipped to the dark side for me when the 49ers beat the Packers in Lambeau in Week 1. In hindsight, the bet going bad with just one result going against me probably should’ve been a sign that it wasn’t quite as strong a play as I suspected. The Niners did regress off their 2011 win total, but they only fell from 13 wins to 11, and their actual level of play was about the same as it had been the previous year (even though their style of play shifted).

I almost got bailed out on this one by the 24-24 tie between the 49ers and Rams in Week 10. You’ll note that the line above says “wins” without any consideration for ties. Sportsbooks don’t count that tie as a half-win or as any sort of tiebreaker; for all intents and purposes, that tie was just as good as a loss for this bet. Had the 49ers lost one additional game, they would have finished with 10 wins as part of a 10-5-1 record and pushed this bet, returning me that $448.10.

I regretted this bet by the time the season began, and when the Bears got off to a 7-1 start, it looked to be all but buried. It’s pretty impressive, then, that it was still in contention all the way through to Week 16, when the Bears beat the Cardinals to officially go over the listed total with their ninth win.

This one’s simple: The defense was way better than I expected, and the schedule was much easier than I could’ve imagined. Oh, and that Peyton Manning guy helps a bit, too. I swear I won a bet or two …

I actually risked more money on the Buccaneers than on the 49ers by the time the season began and, judging from the heavy juice on those Over bets, I wasn’t the only one. They had some reasonable hope of making the playoffs after starting 6-4, but they lost their next three games (including matchups against the Falcons and Broncos) by a total of 11 points. Then they got smoked by the Saints and Rams as Josh Freeman collapsed. The divisional bets obviously didn’t turn out to be winners, but I risked far more on those over 5.0 and 5.5-win bets to turn a profit.

Was I lucky to win this bet after Arizona started 4-0? Honestly, no. I think Arizona was far luckier to start 4-0. This was a Cardinals team that couldn’t beat the Jets in a game where Mark Sanchez was so bad that New York actually benched its franchise quarterback and put in Greg McElroy. They couldn’t beat the Falcons in a game where Atlanta turned the ball over six times and Arizona’s turnover margin was +5; since 1990, teams with a five-turnover advantage in a game are otherwise 132-5. That’s how bad the Cardinals’ offense was, and by the end of the year, their defense was exhausted.

I was right to think the Chiefs and Raiders weren’t a threat in the AFC West. That’s where my streak of being right about the AFC West ends at two teams. At halftime of Monday Night Football in Week 6, the 3-2 Chargers were up 24-0 on the 2-3 Broncos. Of course, the Broncos dropped 35 unanswered points on San Diego in the second half and didn’t lose another regular-season game. These are the things I tell myself when I look back on bets that went horribly wrong.

The 2011 Chiefs were 7-9 with the Pythagorean expectation of a 4.0-win team, a gap that almost always produces a markedly worse win-loss record the following year. I didn’t expect them to be 2-14 bad, but this one wasn’t particularly close.

Somehow, those longshot $20 bets on winning the AFC South nearly paid out; had the Colts managed to beat the Texans in Week 15, this would’ve gone from being a $2.50 loss to a $577.50 profit. With that being said, as an 11-5 team with the Pythagorean expectation of a 7.2-win squad, it’s safe to say that I’ll be betting under the posted Colts win total next year. My guess is that it’ll go up on the board at 8.5 wins.

Those two longshot bets were made last February, when the Dolphins appeared to have a shot at getting Peyton Manning. Despite giving a full season of starts to the green Ryan Tannehill and trading Vontae Davis before the season, the Dolphins still managed to finish 7-9 and push on the win-loss bet. Imagine what they could’ve done if their two starting wide receivers had managed to catch more than one touchdown pass apiece.

Oh, to lost opportunities. Here was my ticket — well, my tickets — to a winning season. Once the Falcons advanced to the NFC Championship Game, the long odds I had with $20 on each of their tickets would’ve allowed me to hedge my bets and put some action on the three remaining teams to pip the Falcons to both the NFC Championship and the Super Bowl. (And yes, I would have hedged if I had the tickets; I even tweeted as much during the first half of the NFC Championship Game.) Depending on the various outcomes and which opportunities for hedging I took, I would have been able to ride my leverage with these longshot Falcons tickets to a slight profit for the year. Instead, I got to town just in time to bet against a safety occurring in the Super Bowl.

This would’ve been a fun one! The Patriots started the season 3-3 before embarking on their seemingly annual long winning streak during November and December, turning what appeared to be a sure thing into a nail-biter. They finally hit that fourth loss against the 49ers, which actually ended up being quite disappointing. I would’ve lost this bet if the Patriots had beaten the 49ers, which would’ve cost me $200 and swinging this ticket’s outcome by $348.15, but that also would’ve turned all the 49ers bets into pushes, saving me $448.10. Maybe the 49ers beat the Seahawks if they blow that lead to the Patriots, who knows, but I’m happy to go under 12.5 wins for just about any team before any season if the odds are reasonable. 13 wins is just too tough of a baseline.

The Rams weren’t competitive challengers for the NFC West or for the conference title, but they did play the 49ers tough and made it to seven wins with a week to spare.

As much as my read on the top of the AFC West was off, my suspicions about the Saints being distracted by Bountygate and falling apart on defense were correct. Maybe it’s hindsight talking, but I should’ve bet more than $75.00 here on this total if I was committing to it with simultaneous bets on the Buccaneers and Falcons.

I’ve done dumber things in my life than bet on the Steelers to be good. Before the season, I saw a good defense that wasn’t going to finish last in takeaways for a second consecutive year and an offense that had invested heavily in its only weak spot, up front on the line. That line was riddled with injuries yet again and never coalesced, and while the defense forced a few more turnovers, the Steelers turned the ball over 30 times on offense. Five different Steelers running backs and wide receivers fumbled three times or more, including one game against the Browns where four different Pittsburgh halfbacks fumbled. Ouch.

Thanks, Adrian Peterson. Sorry about betting the under against your team next year. Going from 2-9 in games decided by a touchdown or less in 2011 to 5-1 in those same games is quite the swing, though.

In all, I invested $2,993.10 and, if I had my tickets and didn’t make any additional bets, would have received $2,842.96 back. That’s a 5 percent loss. My results suggest that I’d be better off focusing on the team win bets while avoiding the longshot bets on division and championship winners, as I turned a 12 percent profit on the Over/Under bets and lost on 21 of the 22 “team/player wins X” bets I placed, only hitting on the Falcons winning the NFC South. Of course, the win rate for those bets is always going to be lower, and it only takes one longshot to hit to make up for a lot of misses. Even so, I’ll be more selective with my conference championship and Super Bowl bets next year.