It’s a busy day of NBA games, including a bunch that took place/are taking place this afternoon. Tonight we get a sumptuous doubleheader of Houston-Portland and Golden State–Indiana, but before all that, we would be remiss if we didn’t talk about Kevin Durant and how he is basically the human torch right now.

Durant was just named the Western Conference Player of the Week. You would have to be writing the Backdraft of Hot Sports Takes to disagree with this honor. And frankly, at this point, it’s hard to think of anyone else as the league MVP. According to Elias Sports Bureau, Durant has scored 268 points in the past seven games. In his last six games, he’s scored 30 or more points. Are we entering the 2003 Kobe zone? I don’t know, but after all the existential, health-related drama of this season, we truly deserve this uplifting spectacle. It’s even making Russell Westbrook shimmy a little bit.

Ah, Russell. We’ve smashed this nail before, but this has been a season of loss. We’ve been forced to think more about absent players than present ones. We’ve been forced to grapple with the harsh reality that some of our favorite players have games that aren’t sustainable over the course of several NBA seasons; they simply go too hard to play this many games. Derrick Rose, Russell Westbrook, Kobe Bryant, Jrue Holiday, Chris Paul, Al Horford, Brook Lopez, Tony Allen, Eric Bledsoe. I’d take that group to an Olympics. That’s the caliber of players we’ve lost this year.

And for as much as I, and this site, celebrate the players we still get to watch, it’s not without some nervousness attached. Personally, every time I see Damian Lillard hit the deck, I worry he’s not going to get up without assistance. When I see the minutes logged by the starting lineup of the Pacers, I wonder if we’re going to get to see them all playing in the playoffs together. You even get creeping doubts about a player as seemingly immune to the problems of mere mortals as LeBron James.

That’s why this seven-game run of Durant’s is so important. It puts us in the black. The Thunder have been streaky ever since they lost Westbrook. They’ve lodged impressive victories over teams like Houston (twice) and suffered tough losses to ascending squads like Portland, and stragglers like Denver and Utah. Sometimes, you watch them, and Jeremy Lamb and Reggie Jackson look like the real deal; sometimes it looks like Durant is out there on an island of Steven Adams–shaped misfit toys.

He could be playing with four Steven Adamses right now. It wouldn’t matter. The most joyful thing about this Durant run is just how mean he’s being. He’s always been a physical freak — to have that touch, with that frame — but over these last few games, it’s not just about watching him play, it’s about watching him think.

Against Sacramento last night, a team that admittedly ranks 28th in defensive efficiency and often makes coach Mike Malone get his scream on postgame … 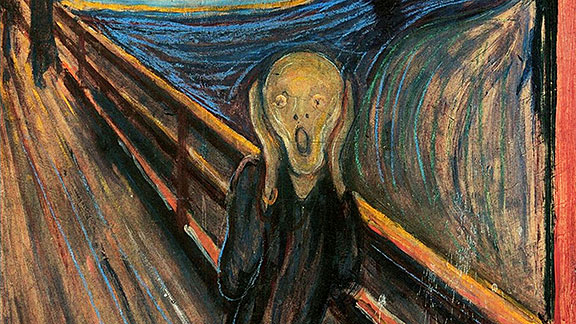 Despite all that, you could see Durant exploiting weaknesses. There was one play in particular, with about three minutes left in the first half. Nothing special, just an example of Kevin Durant, playing with a license to kill. Durant had been tormenting Rudy Gay for most of the game already. He got the ball on the near wing, off a pick-and-roll with Derek Fisher. Gay, you will be surprised to hear, was not exactly defending like he had a battery in his back; he was a step or two away from where he needed to be. This was all the encouragement that Durant needed, but the added incentive of Kings backup center Aaron Gray inexplicably putting his hands up in the air and running away from Durant (like, turning his back … on Kevin Durant) was too much to pass up. Durant was around Gay in a flash, went baseline, scored the two, and got an and-1 for his trouble. He was exploiting weakness. That’s what makes good players great.

You see that all the time with Durant: the calculation, the exploitation, the vision to take advantage of mismatches. The thing is, when he’s playing like this, KD versus any defender is pretty much a mismatch. And he knows it. You can tell by watching him.