Named for this Gerald Ford, not the one you’re thinking of. 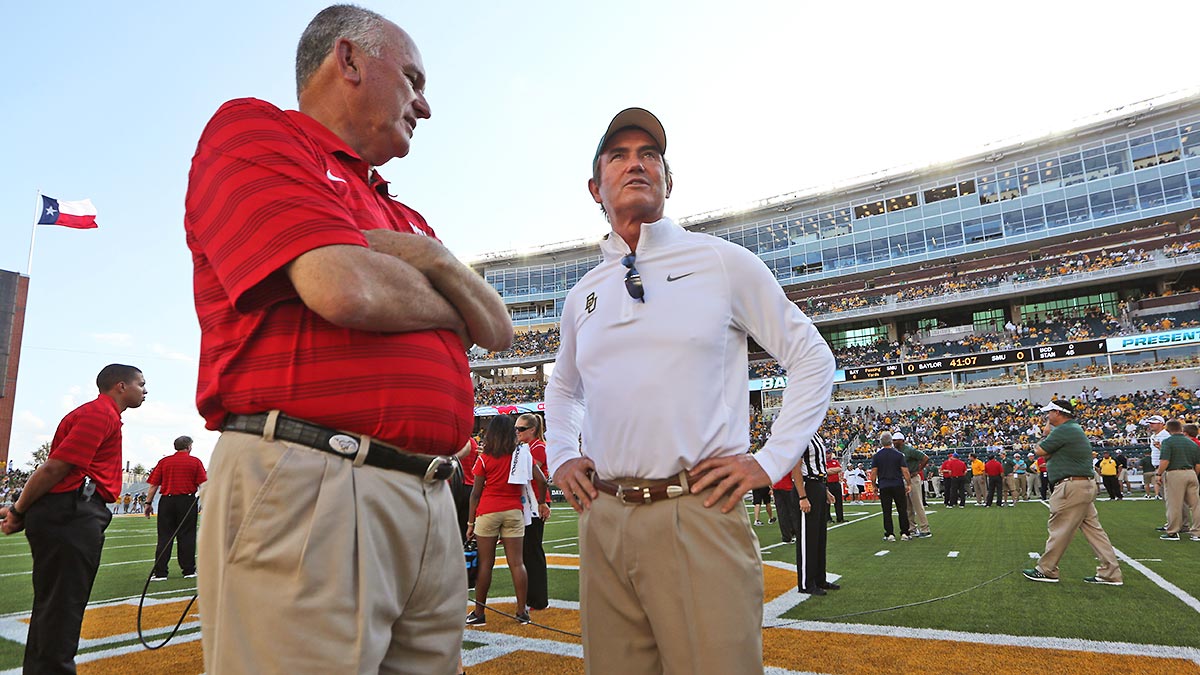 Mason’s boss at the time, Pokey Allen, took a leave of absence to undergo cancer treatments, but eventually returned for the final two games.

Understandably, no one I spoke to was willing to say on the record that Jones’s departure was foreshadowed in any way. Reading between the lines, however, it was clear that by the end of the 2013 season, some wires had been crossed or were missing altogether.

The Horned Frogs are listed as 31.5- to 33-point favorites on Saturday.