A few months ago, the Brooklyn Nets were getting destroyed by the Oklahoma City Thunder. It was the kind of nightmare game the Nets often played at the beginning of the season. All the stars looked dead and uninterested, and it was such a blowout by halftime that Kevin Durant didn’t even play long enough to keep his 30-point streak going.

The only Nets player on the court who looked even a little bit impressive was rookie Mason Plumlee. He ran the floor and got easy buckets and scored 13 points, and I was there, and I’m pretty sure he was the best player on the Nets that night in January. Not a great sign for the Nets at the time, but also more success than I ever expected from Mason Plumlee in the NBA.

Then there was the other night, when … holy shit! Blocking LeBron on a would-be game-winning dunk at the buzzer has gotta be one of the five coolest things an NBA player can do. For one night, Mason Plumlee was Swag King of the NBA.

It’s definitely the highlight of his career thus far. And it’s also a good excuse to talk about the Plumlees in general. Tuesday was the latest highlight in a season-long tale of family redemption.

Before we get started, I’ve spent the last five years confusing the Plumlees, so let’s get this straight up front.

This is Mason. Plumdog East. He went 22nd in last year’s draft. He’s averaging 14 and 8 per 36 minutes off the bench for the Nets. 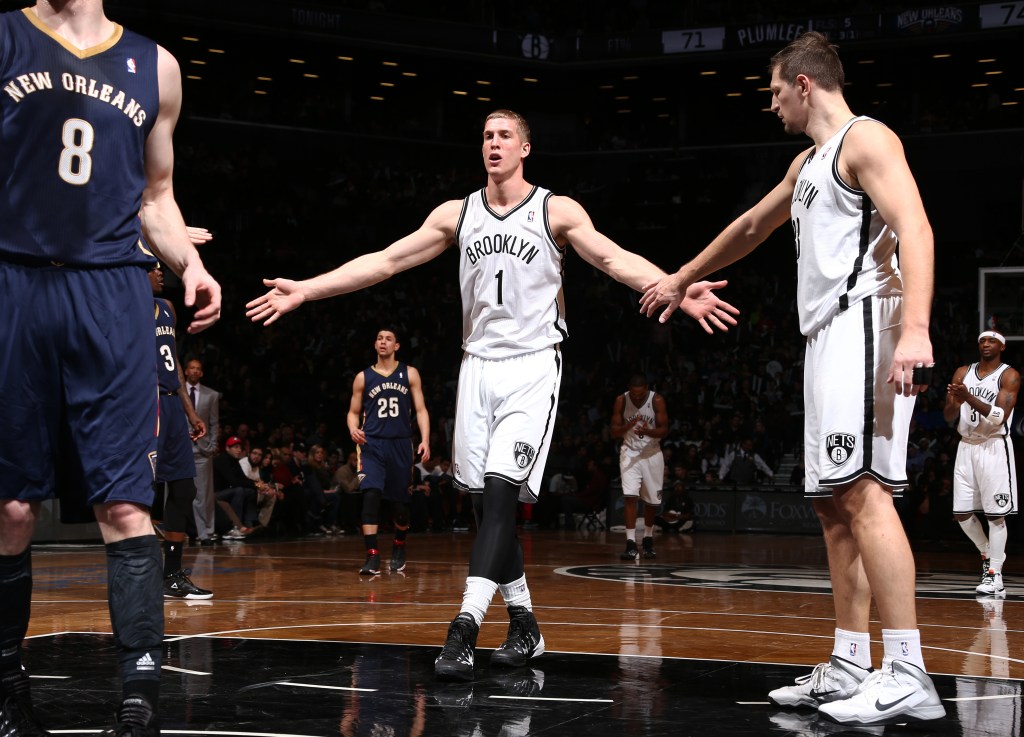 This is Miles. Plumdog West. He went 26th to the Pacers in 2012 and played in 14 games as a rookie before landing in Phoenix this season. He’s averaging 12 and 12 per 36 minutes as a starter. 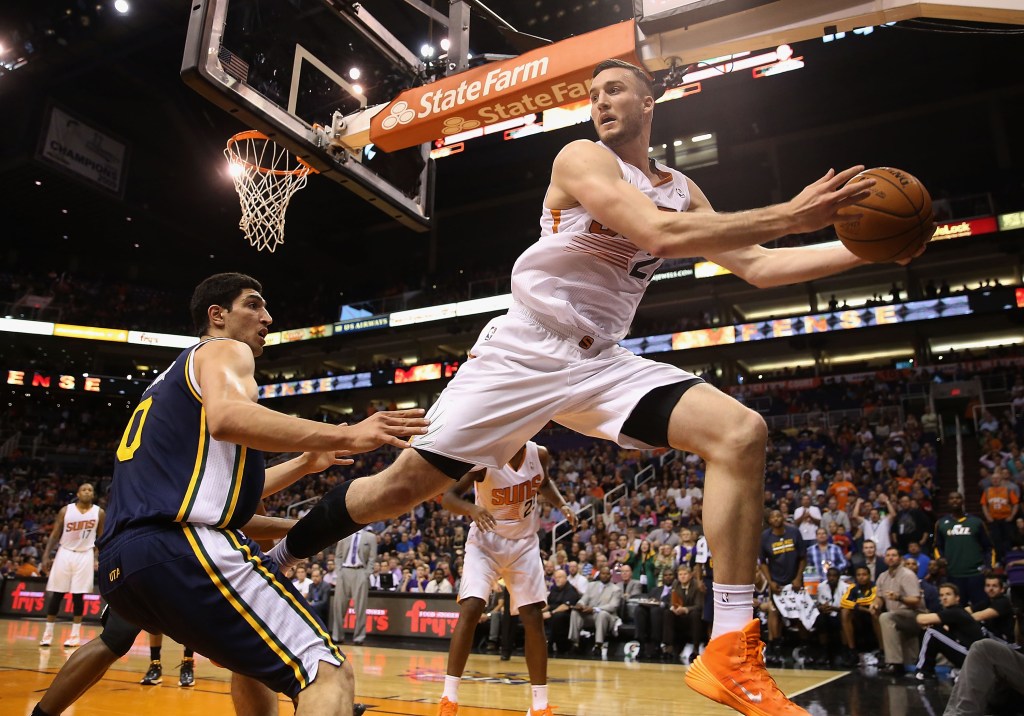 I’m pretty sure Miles was the one who first earned the “Plumdog” name, but we’re using it for both of them, because it’s impossible to root against anyone named Plumdog. This is how I crossed over and learned to love them.

Anyone who’s watched college basketball knows the Plumlees. I made fun of them constantly, and so did plenty of others. The hype, combined with their goofy white guy status, made them easy targets. They were billed as stars almost every year they were at Duke, but it never really played out on the court. They were part of a team that won a national title in 2010, but we never saw the dominance that people like Dick Vitale promised every preseason.

It’s hard for big men to ever look that great in Duke’s RGV Vipers offense, so maybe it wasn’t totally their fault. Eventually most people stopped waiting for them to be great. Mason was thought of as a one-and-done candidate coming out of high school, but that hype turned into stories like “Mason Plumlee comes to grips with a four-year career.”

Around that same time, when the Pacers drafted Miles in 2012, there were reactions like this from the media:

Amid all the front-office chaos, I think something must have just slipped through the cracks, because the Pacers’ draft was uncharacteristically weak. Plumlee was a workout wonder, but his four years at Duke raise serious questions about how his size and athleticism translate on the court. I know the Pacers think he could be Jeff Foster 2.0 — but Foster put up much better numbers in college.

And this from fans:

He doesn’t have much offense. He can’t hit jumpshots. He doesn’t have the size to guard NBA centers, so I guess he’s going to the end of the PF depth chart. His best game of the past season was on senior night, where he played well in the first half while his team got blown out by UNC in a game that decided the ACC regular season. … Can ANYONE explain why a 1st round draft pick was used on Miles Plumlee?

When I saw the Plumlee family sitting in the stands with Mason at the 2013 draft in Brooklyn, I remember almost feeling bad for them. Miles had just played 14 games in a lost year with the Pacers, and Mason just looked like someone who was born to be dunked on.

But here we are now. Miles has come back to earth the past month or so, but he’s been starting all year for a Suns team that’s been tearing defenses to pieces. Mason will probably make the All-Rookie First Team, and he is definitely not getting dunked on.

It’s April, and … the Plumlees are kind of awesome?

They’re both a specific kind of role player. The kind of guys who will go mostly overlooked in the mainstream, but gradually become adored by local fans who watch them every night. They will probably stick around on good teams for the next decade. In a league where star big men are all wildly overpaid, guys like the Plumlees end up becoming twice as valuable.

Watching them find their niche has been a cool subplot all year long. Mason’s LeBron block just made it official. After all the jokes at Duke, the Plumlees are both millionaires who’ve already exceeded most people’s expectations and given a nation of fans an excuse to yell “PLUMDOG” at their televisions. I don’t know how we got here, but it’s been five months now, so none of this is a fluke.