But for the benefit of compromise, let’s say the point of the NFL draft is somewhere between these two poles, prizing guys who can compete at a high level while still physically and emotionally tantalizing fans who will spend nearly 50 hours a year watching them. And at the intersection of this intersection are the quarterbacks, both essential to their team’s success and, often, the most visible member of its collection of personalities.

Going into this year’s draft, there’s one major consensus. Johnny Manziel, quarterback, Texas A&M, is an amazingly efficient entertainment vehicle. He has the look of a Crown-and-Sprite-drinking rap muse who founded a start-up that delivers Lone Star to your home or place of work. What’s less clear is whether any of the other quarterbacks in the stable offer even half of Johnny’s charisma, potency, and potential for nirvana. The Triangle decided to rank the top six quarterbacks who are not Johnny Manziel in terms of how bright they could shine in Manziel’s shadow. Warning to any teams that choose to ignore this list: Nothing burns as hot as regret.

Bortles fits a sports stereotype very closely, which is that of the initially overlooked high school prospect who turned out to be a mountaintop water drop, leading his plucky school to improbable success. For that reason, it’s going to take a little while for any personality Bortles has to shine through. Until then, any fan of a Bortles-led team is going to deal with a 747’s worth of anecdotes about how this kid just doesn’t quit and overcame the odds and likely would’ve been a firefighting creator of the world’s first perpetual-motion machine if this whole football thing didn’t work out. And half of his FBS scholarship offers were to play tight end. God help us all. 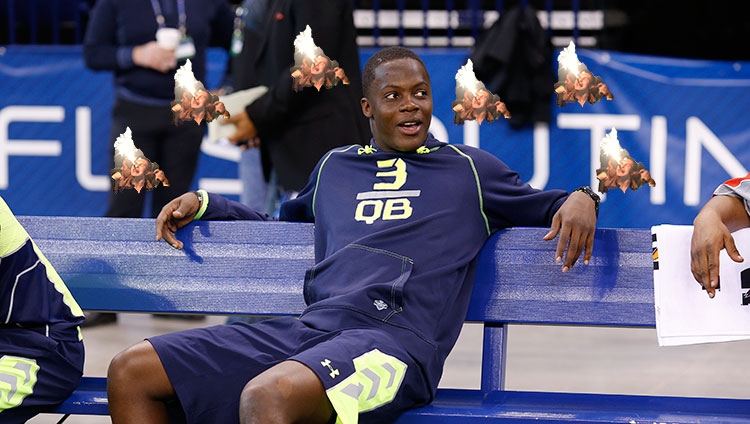 The lead-up to the NFL draft is similar to campaigning for an Academy Award in that it takes place after the candidates’ body of work has been completed. Without anything new to prognosticate from, this means the powers that be will do the only thing they can do: Change their minds. And so you have guys like Bridgewater, whose stellar college credentials and general rep as a good dude haven’t kept his draft stock from falling inexplicably. Much of the knock on Bridgewater has been his smallish size, which is a thing now, what with Russell Wilson (slightly smaller than Hayden Panettiere) winning a Super Bowl. If your team picks Bridgewater, you can expect a lot of the whole exceeding-the-odds talk, but it’ll come hand in hand with Teddy stunting on the bourgeoisie if and when he blows up. Plus, his name is Teddy Bridgewater.

Derek Carr is David Carr’s younger brother. David Carr was once picked first overall and is best known for getting sacked. Teams considering Derek Carr, particularly the Browns, are also reportedly considering adding David. I’ve been waiting for a sports version of Step Brothers since before I was born. There’s so much room for activities in Cleveland. 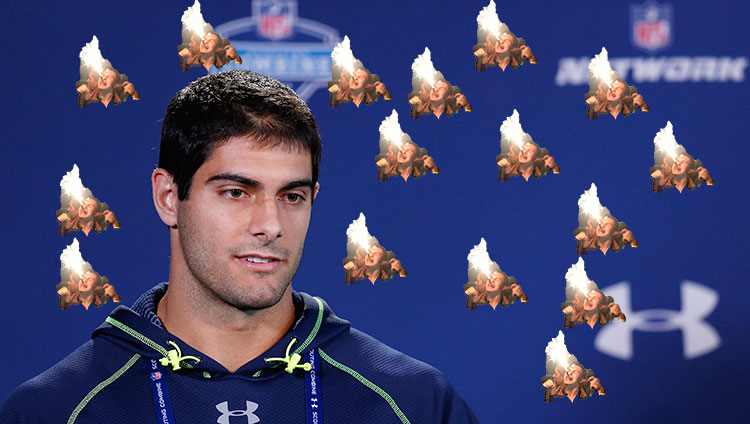 A fire burns in the hearth. A wooden chair, a small desk, isolated against the wall. There’s nothing else in the room.

A man sits at the desk. He’s grizzled, tired. He looks wistfully out the window, but sternly.

He is sternly wistful.

A Super Bowl ring sits on the table in front of him.

One word flashes on the screen.

Rating: 17 out of 10 Johnnys. Johnny Manziel only gets three out of 10 Garoppolos. I have never heard of Jimmy Garoppolo. 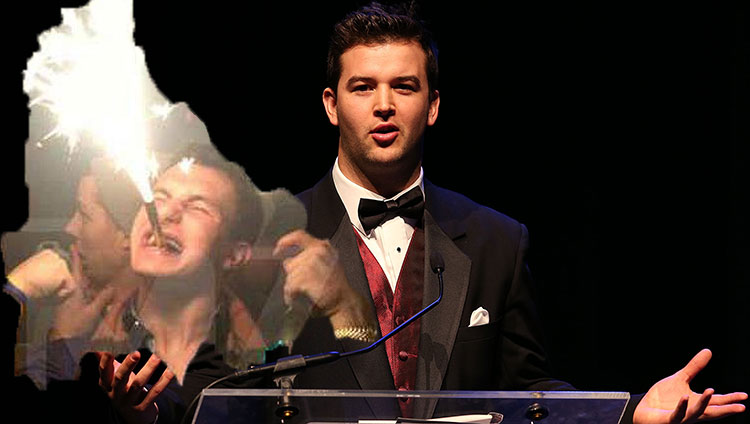 Now, this isn’t McCarron’s fault, but cheering for him is going to be like rooting for a Kardashian. There’s some Scott Disick potential here — a chance of McCarron transcending the chronic privileged blandness of his college career through absurdity — but his chest-plate tattoo does not exactly inspire confidence. Could McCarron achieve a dynamic and charismatic NFL tenure? Sure. Is it more likely he’ll be Brodie Croyle without bangs? I think so.

CONS: Transferred from Rutgers to Arizona to Pittsburgh, the football equivalent of switching your preferred beer from Michelob Ultra to Corona to Yuengling. Has been a college football player since 2009. Threw two touchdowns and four interceptions total and completed fewer than half his passes against Florida State, Virginia, and Virginia Tech. Appears to be climbing draft boards as some weird mix of a practical joke and chronic boredom. Will cost a GM his job. Is named “Tom Savage.”