That’s a wrap for Liverpool this year. Barring a truly historic late collapse from fourth-place Manchester City, a disappointing loss to Aston Villa in the FA Cup semifinals saw the last bit of drama evaporate from Liverpool’s season. Just a year removed from selling their best player in Luis Suárez, two cup semifinals and a likely fifth-place finish isn’t a bad season for the Reds. Compare it to two years ago when they finished seventh, or three years ago when they finished eighth,1 and you’ll see a club moving in the right direction.

The only problem with that thinking is last year, when Liverpool finished in second and very nearly came in first. While it might seem odd to call such a memorable and successful season a problem, when it comes to the expectations surrounding the club, that’s exactly what 2013-14 was.

Right now, along with Tottenham and Southampton, Liverpool are part of a small collection of teams that reside just outside the top four.2 They’re perennially just close enough to think they can contend for a Champions League position, but they’re also handicapped by the economic realities of modern-day soccer that make consistently achieving that goal unlikely. Spend the most and you succeed the most: This year, like usual, the top four teams in the Premier League are the four wealthiest clubs.

Everton was part of this group last season. This year? Not so much.

For Liverpool, a club that used to have the power of the pound on its side, this is an especially tough reality to accept. Before Manchester City’s megabucks came along, they had a seat with the rich and powerful as part of the big four; now, they’re riding economy like the rest of the league, but they can afford to splurge for the added leg room.

What made last year so astounding wasn’t Liverpool’s massive improvement from seventh to almost-first, but rather the stacked deck they had to overcome to finish where they did. Although they didn’t climb as high in the table, the same can be said of Tottenham’s top-four finishes in the 2009-10 and 2011-12 seasons.3

Sixth-place Chelsea won the 2012 Champions League, so Spurs didn’t qualify for the competition.

For both clubs, the dream is that those seasons will simply represent the next step forward: One year’s success gets reinforced by added prize money and the arrival of new players tempted by the prospect of Champions League soccer — and then we can solidify ourselves as part of a new top four. If Borussia Dortmund in Germany or Atlético Madrid in Spain can do it, why can’t Liverpool? 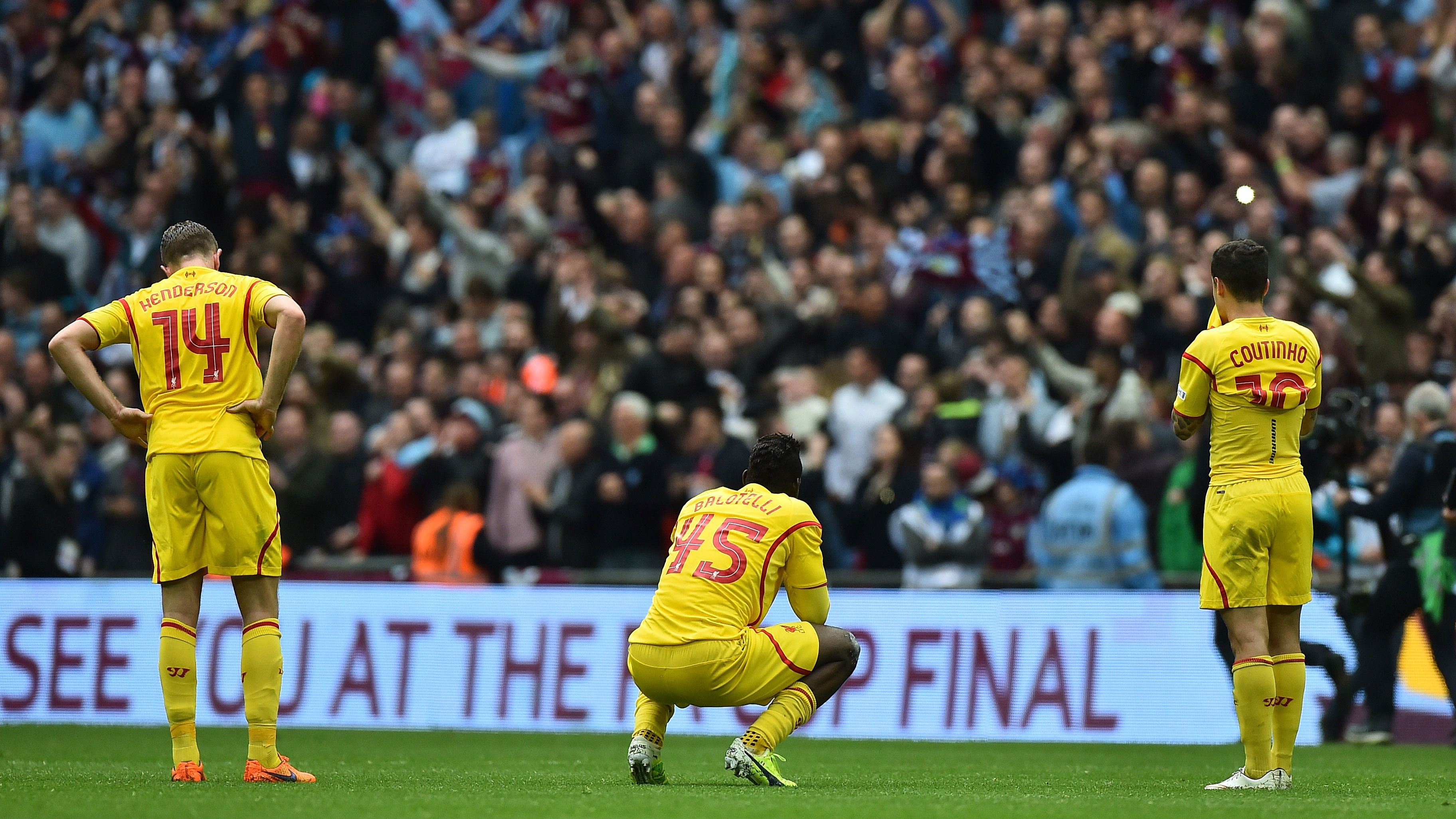 Unfortunately, that comparison just doesn’t work. Dortmund are by far the second-richest team in Germany, and while their success may have started as an underdog story, it became an economic one. The same is true on the poorer side of Madrid: Yes, the team is a distant third to Barcelona and Real Madrid, but they’re still solidly in third place. When Atlético has a magical season, they win La Liga. When they have a disappointing year, they miss the Champions League. And when they’re average, they qualify.

Plus, with soaring television deals for the Premier League, the advantage that comes with a year’s worth of Champions League money has shrunk. It’s still an advantage, but not enough to reel in one of the wealthy top four.

Success in the second tier of the Premier League doesn’t mean graduating to the top tier, because a year in the Champions League won’t magically wipe away the very real inequality that rules the table. Instead, success lies in building a club that hovers right on the cusp every year and waits for just the right set of circumstances to pounce. Maybe it’s something internal, like Suárez or Gareth Bale making the leap. Maybe it’s something external, like Sir Alex Ferguson retiring from Manchester United or André Villas-Boas turning an entire Chelsea squad against him for a season. Or more likely, it’s some combination of the two.

Those successes are fleeting, though. When a player becomes good enough to vault his team above where the league’s economics dictate it should be, the next step is almost always for that player to move on to a club that can and will pay him more money. Then, whatever rich team had an off year will throw money at the problem until they fix it. (See: Manchester United last summer.) And order is eventually restored.

The inability of this year’s Liverpool squad to replicate last year’s magic isn’t a failure; it’s a reminder of just how hard it is to consistently compete with richer clubs. They lost their superstar, had their second-best player, Daniel Sturridge, miss the vast majority of the year with an injury, and had a club legend, Steven Gerrard, lose the last vestiges of his Premier League legs. And even then, despite high-profile, high-cost4 transfer misses like Dejan Lovren and Mario Balotelli, the team is still set to finish fifth. Take out last year, and it’s the highest club finish since 2008-09. That’s progress.

For Liverpool, at least.

Liverpool have spent the last half-decade raising the bar for what an average season for the club looks like. Last year, they wildly exceeded that baseline. This year, amid a sea of challenges, they merely met it. What might next year hold? If everything breaks right, there’s no reason the team can’t once again challenge for a Champions League spot. And in our current reality, the club really can’t ask for much more than that.

This post has been updated to reflect that Liverpool made two cup semifinals, not two finals.