Of all the judgments levied against Giants wide receiver Odell Beckham Jr. following last Sunday’s game against the Bills — that he was a “prima donna,” that he punched safety Duke Williams in the helmet out of frustration, that he plays like a tantrum-throwing “little brother,” that he owed the league nearly $9,000 in fines for his fed-up physical retaliation — the most cutting description may have been the most simple.

“He’s weird,” said Bills cornerback Stephon Gilmore after the game, explaining that Beckham seems to take physicality quite personally on the field. Then he said it again: “He’s weird.”

It’s one thing, in professional sports, to be a freak of nature; it’s another to just be a freak. We like those otherworldly one-handed catches to come at us like slabs of meat at an à la carte steakhouse, unadorned on a “careful, this is hot” platter. We’re less enthralled when there are all sorts of other distracting froufrou on the plate. And for good reason: In the wrong hands, that parsnip-cauliflower foam ruins everything. Done correctly, though, it sure can be delicious.

Think of the person you know who is the least familiar with football: They’re almost certainly aware of Beckham’s glorious touchdown reception from last season. It wasn’t a sports highlight, it was a cultural event.

But for as mainstream as that catch became, it was the sort of success that took root on the fringes. That one-handed grab was never just about sheer physical ability and swagger and Madden covers and all-expenses-paid trips to Hawaii, even if that was the narrative the league was so thrilled to present. It was also the product of compulsive obsession, of a life lived very differently from yours and mine, and of a human probably being, for quite some time now, pretty weird. 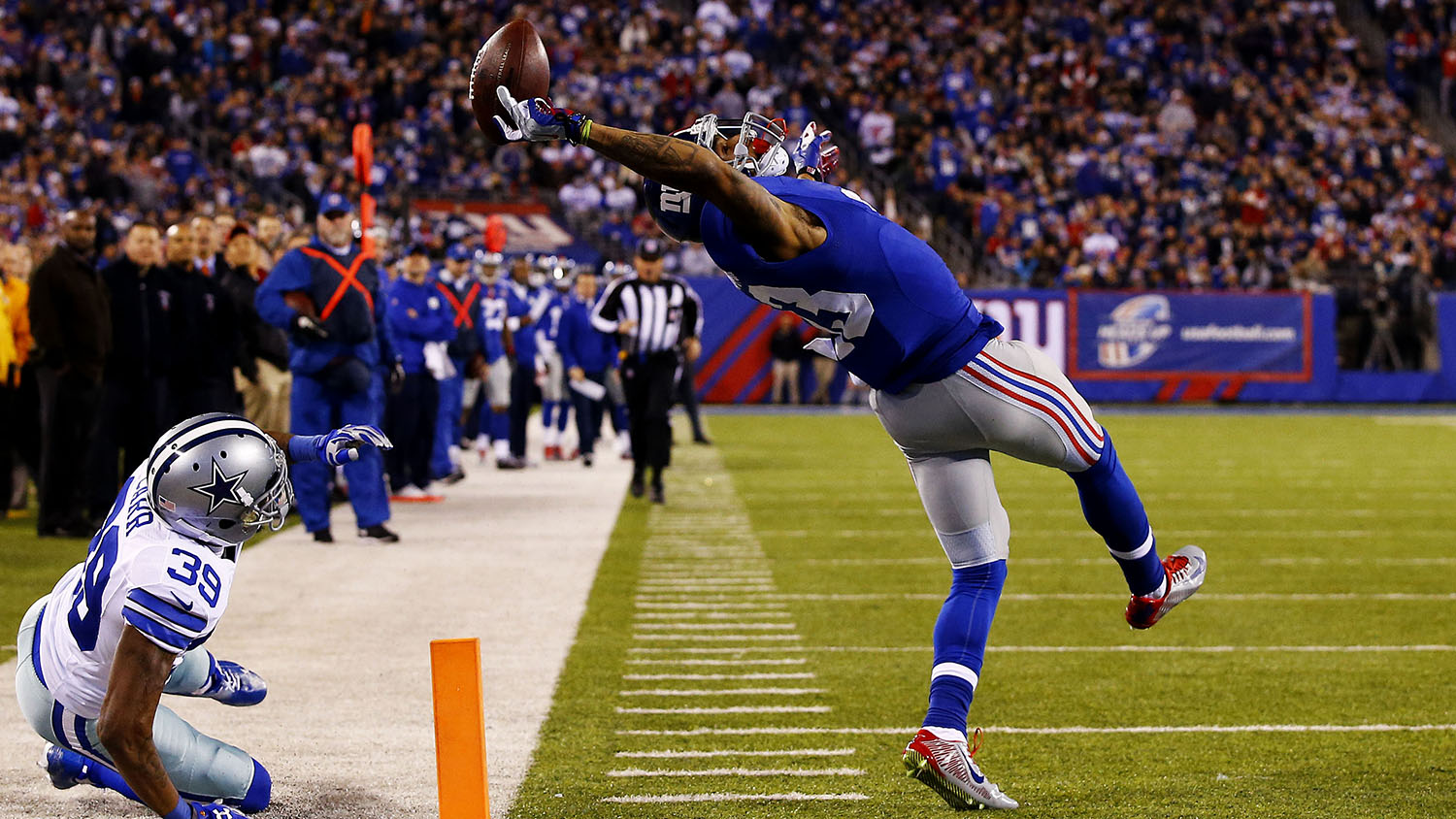 Late last month, a press release went out announcing a new media company whose sole equity holder, according to Bloomberg, is the NFL Players Association. Called ACE Media, which stands for “Athlete Content & Entertainment,” the business will produce “compelling sports-lifestyle content focused on athletes, whom fans would otherwise know solely through their statistics and game highlights.”

That’s an interesting characterization of fans, who are well aware of much more about the lives of their favorite (and most-hated) athletes than what they see on SportsCenter.

Plenty of this supplemental knowledge is mundane — you have to see only a few days’ worth of bland “rise and grind” tweets from some protein-powder-shilling doofus to get the sense there actually might not be much more there there — but much of it is a delight, for reasons ranging from the wholesome to the nefarious. (Instagram followers of former Giants safety Stevie Brown know that he’s happiest in the kitchen; those with Google Alerts for his old teammate Victor Cruz are chuckling these days about his comfort level with a different room in the house.)

It’s not even just social media stalking that gets us there, though. Good old-fashioned beat reporting serves up stories like this week’s news that Ryan Tannehill lost it during Dolphins practice and berated the scout team heroes who were forcing turnovers against his first-string offense. “Enjoy your practice squad paycheck,” he reportedly scoffed in the direction of some suntanned Rudy Ruettigers. “Enjoy your practice squad trophy.” Hilariously, Tannehill’s reaction to the report was to claim he was being slandered: Fine, he may have said the part about trophies, but he never mentioned paychecks, so there!

This is such benign stuff; imagine Kobe Bryant or Michael Jordan reading it and having a hearty, evil laugh. In the wake of Greg Hardy’s recent gross scrum, it also seems utterly pointless to even contemplate. But the fact that it blew up at all says a lot about how carefully managed the league tries to remain. Yes, it makes Tannehill seem kind of jerky and lame — ideally you’d want your quarterback to hammer his chest and take on all comers, just like Tom Brady, although it’s unclear whether the scout squad guys were deviating from their hired roles — but maybe that’s a good thing? I suddenly find myself wanting to know much more about the guy than I ever did before.

After all, it was only recently that Marcus Mariota was being compared to Tannehill as two “great athletes with quiet personalities,” and as we know, in this league, Mariota’s lack of red flags was itself a red flag. The NFL is like that famous Apple commercial: What it really wants are the crazy ones, the misfits, the rebels. But in contrast to Apple, the league will never own up to that. Its quirkiest show of personality is carefully dished up in the form of a different set of commercials, those omnipresent DirecTV yuks. 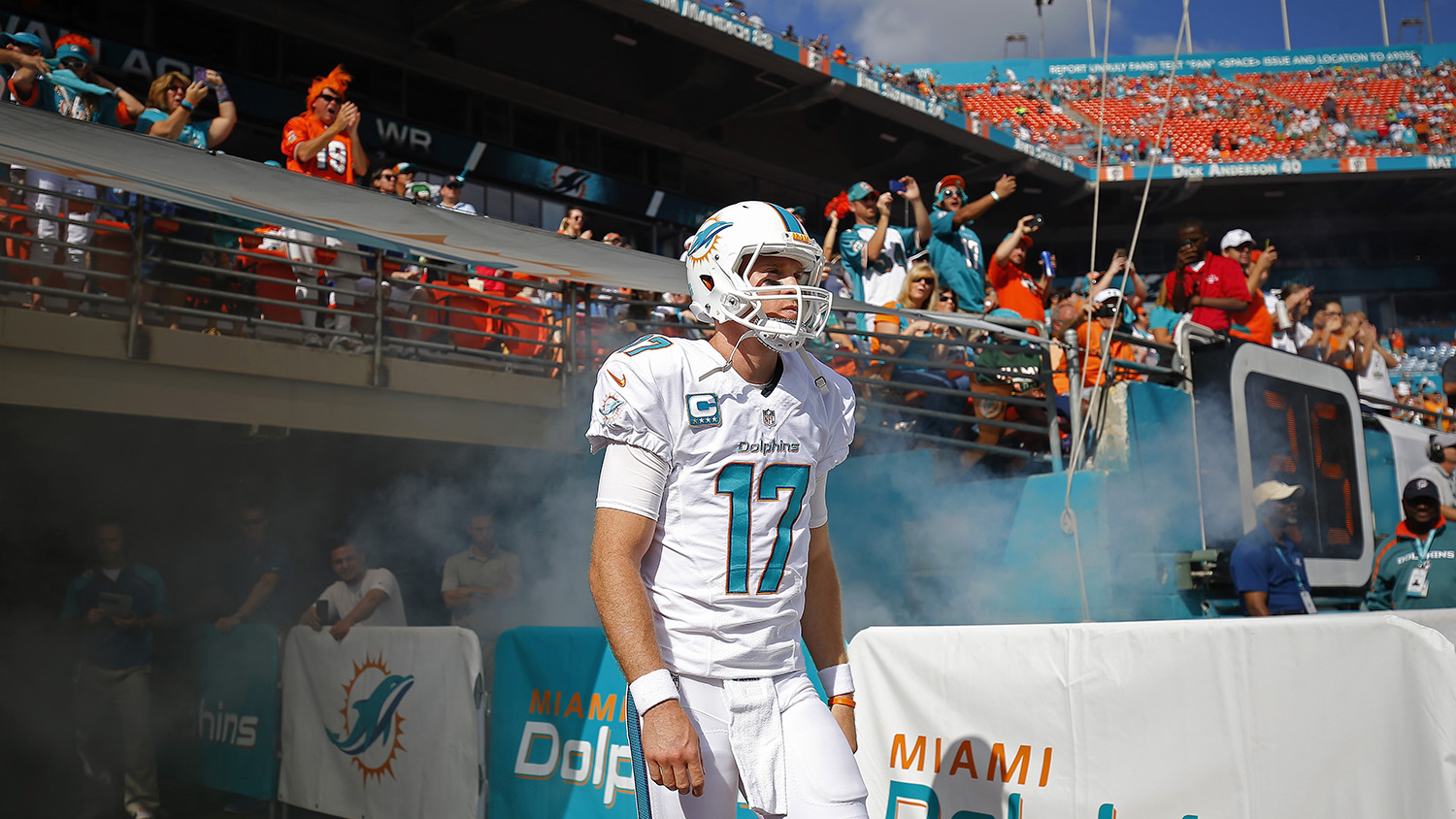 ACE Media has the potential to move beyond this — to give us fewer softballs and more Hard Knocks — but will it? The operation that comes up again and again by point of comparison is The Players’ Tribune, a site that has certainly featured some interesting content from perspectives we wouldn’t otherwise get, but remains defined by the meticulously managed personality profile of founder Derek Jeter.

The stated mission of ACE Media, meanwhile, is “to showcase athletes in ‘genuine, gritty and interesting’ programs that will transcend the jersey-wearing audience,” as Ahmad Nassar, the president of NFL Players Inc., the union’s licensing and marketing operation, told Bloomberg’s Scott Soshnick. Nassar then provided Soshnick with a representative example of what he meant: 10 players appearing on an episode of Family Feud.

So, let’s play: What might the survey say about Odell Beckham Jr.? At the start of last season, probably not all that much; this time a year ago, he was getting set to play only his second NFL game. Fast-forward a bit and you’d get descriptions like “Offensive Rookie of the Year” and “naked on the cover of ESPN The Magazine’s Body Issue” and “the New York Giants’ future.”

This sort of ascent has got to be unbelievably overwhelming, a total shock to the system. It’s not a good look to see him getting so easily riled up on the field, but it’s not surprising either: He went from being just another on-field target to having the bull’s-eye squarely on his back. You don’t have to be a “prima donna” or consider yourself a “golden boy” to overreact by lashing out with a frustrated helmet smack. (Sports fans prefer more deliberate shows of aggression, such as carefully shadowboxing Gatorade coolers.) But prima donna and golden boy are easily digestible archetypes in the acceptable arc of a player’s career; they make sense, and they stick, and the Family Feud survey would probably include them today.

“Weird,” though — weird is tougher. Weird shows up at your door toting baggage like context and asks if it can crash for a while. Weird fanatically practices one-handed catches in the backyard for an uncomfortable amount of time while you and your buddies crack open some beers. Weird seems pretty cool, actually, until weird does something to make everyone just a leeeettle weirded out. Weird’s a good dude at heart, though. Keep ODB Weird. Weird is what the NFL needs.